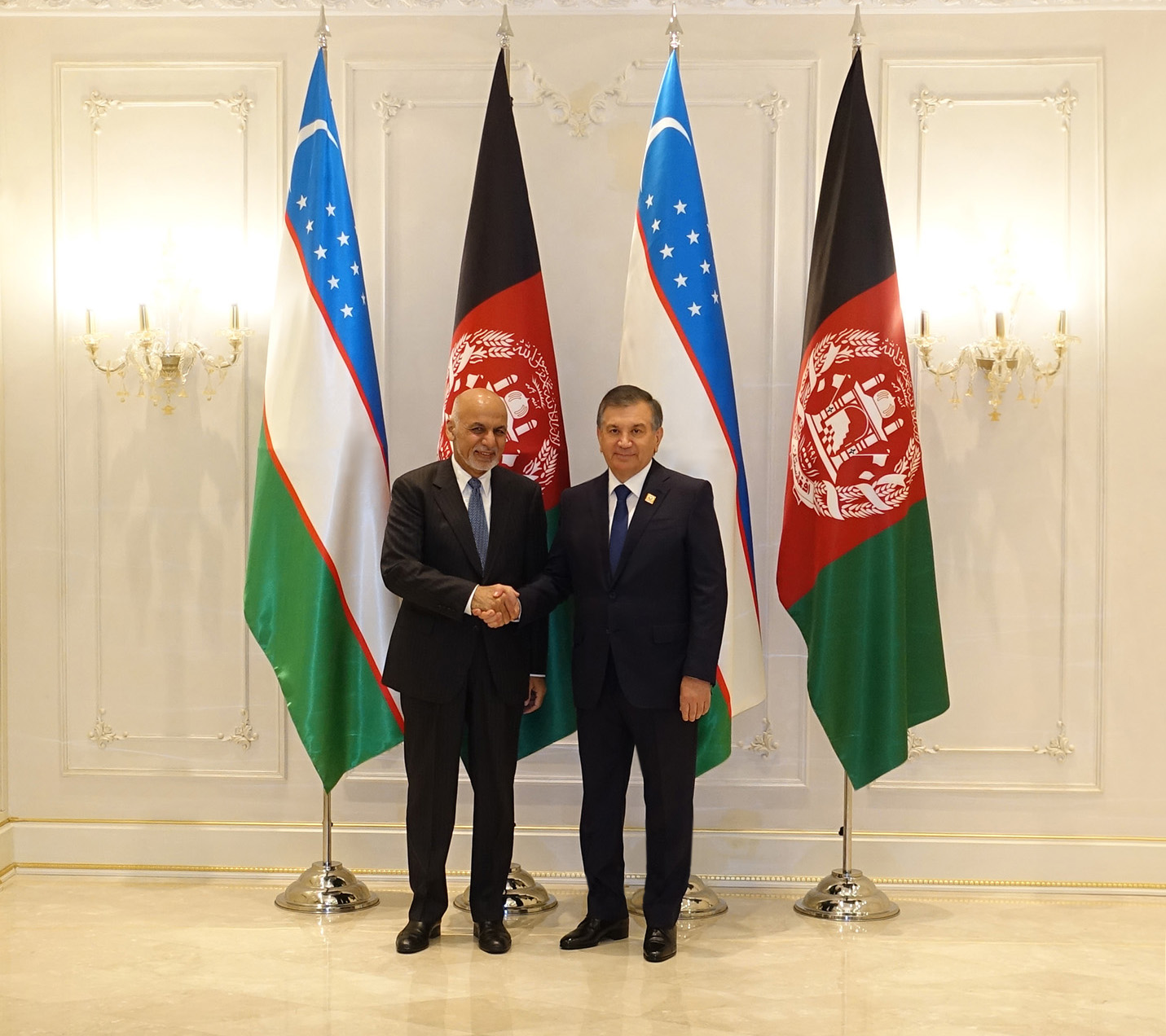 At the residence reserved for the President of the Republic of Uzbekistan, President Shavkat Mirziyoyev has held a meeting with President of Afghanistan Ashraf Ghani, within the Astana summit of the Shanghai Cooperation Organization (SCO).

The customs and traditions of the peoples of Uzbekistan and Afghanistan are similar. Good neighbourly relations have been established between these two states, and they have been cooperating effectively with each other in various areas.

President of Uzbekistan Shavkat Mirziyoyev has said that Uzbekistan is in favour of a political solution to the situation in Afghanistan, the ensuring of stability in that country and the development of its economy.

Uzbekistan exports electricity, fruits and vegetables, oil products and mineral fertilizers to Afghanistan. This country is also taking part in the implementation of projects in such spheres as construction, energy, ore extraction and education.

President of Afghanistan Ashraf Ghani has said that he highly evaluates Uzbekistan’s efforts to help restore stability in Afghanistan, and he has expressed gratitude.

At the meeting, there was discussion about prospects for the further development of political, trade-economic, transport, cultural and humanitarian relations between the two countries and also about topical issues of regional and international importance.