Shavkat Mirziyoyev: ‘Everything Will Be in Vain If Lower-Level Leaders Do Not Change Their Worldview, Will Not Make Friends With Entrepreneurs’ 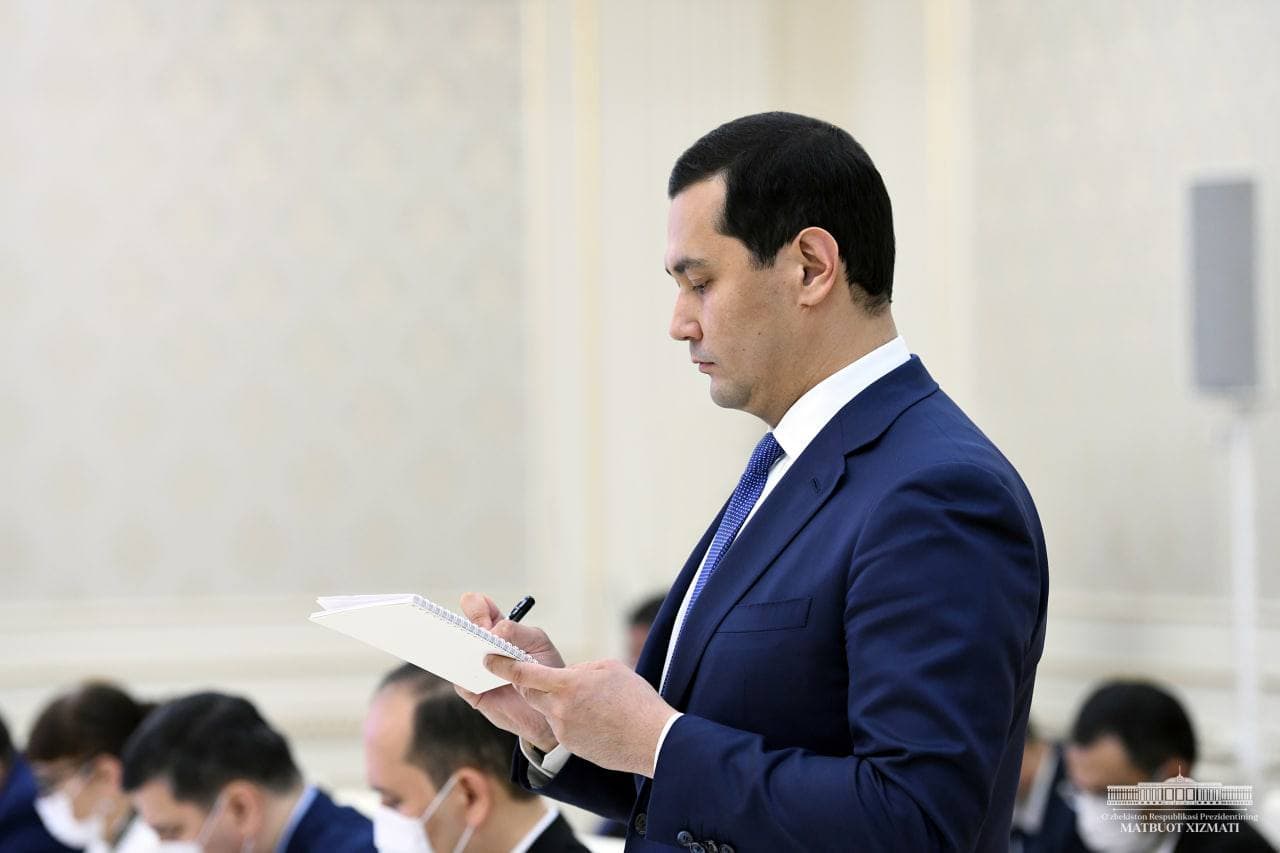 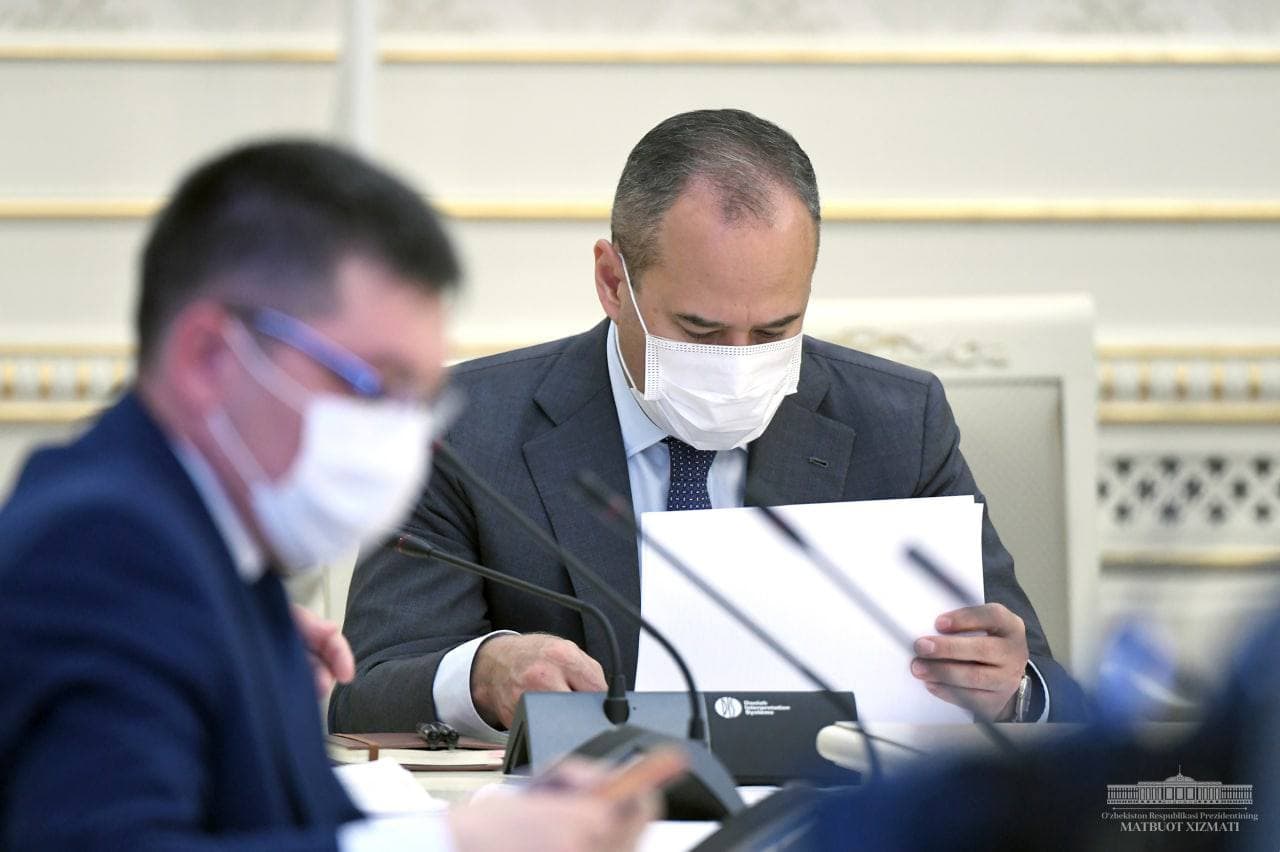 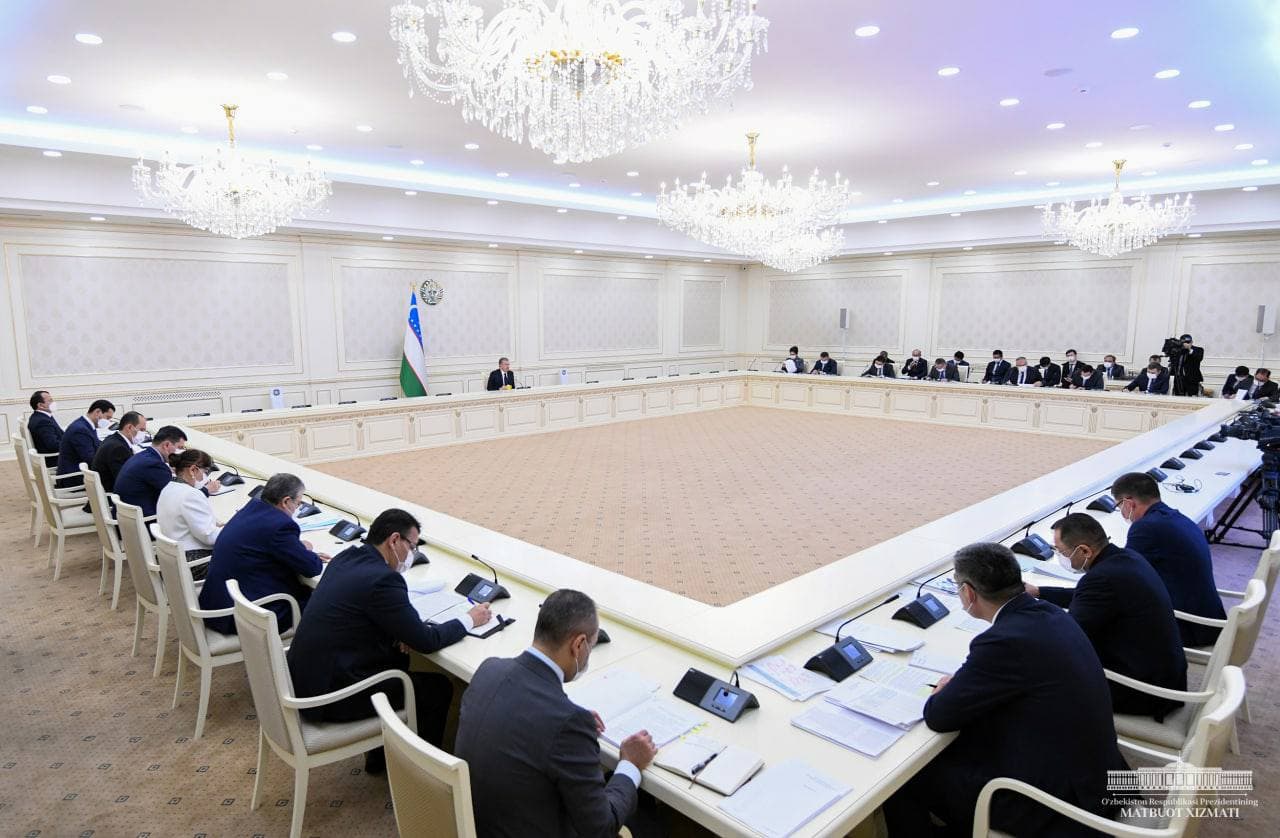 A video conferencing chaired by President Shavkat Mirziyoyev was held on April 8 on the priorities of developing entrepreneurship in the regions and ensuring employment.

The entrepreneurship is the priority direction of development of the country’s economy and is supported by state. In particular, last year the small businesses were allocated loans and financial assistance for 120 trillion Uzbek soums. As a result, more than 104 thousand enterprises affected by the pandemic have restored operations and the working capital of private enterprises has increased by 33% as compared to last year.

In the first quarter of this year, 27 thousand new enterprises were established. The loans to businesses increased to 13% as compared to same period of last year.

It was noted that some regional and sector leaders were unable to take full advantage of those opportunities.

- We live in hard times. Every day one needs to look for the new, strive and work for the ultimate goal. If we do not support entrepreneurs, do not create conditions for them, do not increase their ranks, the local budget will not be replenished in cities and areas. No matter how many funds we allocate, adopt decrees and regulations, create conducive environment, everything will be in vain if the lower-level leaders do not change their worldview, will not be friends with an entrepreneur, - the President has said.

At the meeting, which was held in critical manner, the khokims (governors and mayors) and sector leaders were shown the status of entrepreneurship in their regions.

The President asked the competent persons about which areas of businesses will develop, how many new projects will be implemented, how many jobs will be created and how many people will be employed.

It was noted that the dramatic changes occurred at 28 of the 33 underdeveloped areas. In these areas, 2 thousand new projects were implemented and 25 thousand new jobs were created.

Based on this experience, the khokims of regions, districts and cities are instructed to develop, to approve in local kengashes (councils) and to organize the implementation of development programs for each makhalla (the local residential areas).

The issue of allocating land and buildings for entrepreneurship was also discussed.

The President stressed the need to create conditions for employment directly in the makhallas.

For example, one can start business projects in a makhalla’s building or construct on a private partnership and share a new building. It is also convenient and inexpensive to build mobile points from modern structures.

The responsible organizations are instructed to organize the points of sales and services from light structures, to develop a procedure for their placement through an auction.

It was proposed to give a local kengash the right to put up for sale land in remote areas with a discount to the starting price of up to 50%. The possibility of creating small industrial zones on low-productive and unused agricultural land is also indicated.

The business sustainability also requires infrastructure. However, the local shortcomings hinder the development of entrepreneurship.

In particular, due to infrastructure problems, 320 entrepreneurs cannot launch $220 million worth of equipment that they have imported over the past 2 years.

Another example is that due to insufficient electricity, 24 enterprises in the Yangikhayot District may lose 2,500 jobs and lose $25 million in exports.

The Business Ombudsman was instructed to study the problems of entrepreneurs with infrastructure and make proposals to the Prime Minister on their solution.

A special attention was paid to the issue of financial support for entrepreneurs.

During the pandemic, 1 trillion Uzbek soums were allocated to the development of the services sector. As a result, 20 thousand new jobs were established.

In this regard, the Central Bank was instructed to direct at least 1 trillion Uzbek soums of the funds allocated this year for a family entrepreneurship to the new projects in the services sector.

It is also planned to increase the amount of compensation for a loan interest rate from 1,5 to 1,75 times from the base rate of the Central Bank.

In order to expand support for entrepreneurs, a procedure will be developed for granting the well-disciplined entrepreneurs who pay taxes on time for three years the right to pay 50% of taxes in installments.

It was also instructed to halve the fines for late receipt of foreign exchange revenues from exports and to distribute the debt collected by enforcement on an equal basis between the budget and entrepreneurs.

The entrepreneurship development and employment are closely linked. This year, the employment program is aimed at creating 457,000 new permanent jobs.

In addition, 40 thousand unemployed people will be given subsidies for 92 billion Uzbek soums to stimulate their self-employment.

During the meeting it was again drawn attention to the relevance of these issues and a number of instructions were given to the responsible persons.

It was noted that in the first quarter of this year, a revenue of 36 trillion Uzbek soums was provided to the budget, 1,6 trillion Uzbek soums remained at the disposal of local budgets. The issues of guaranteed income from the expansion of available resources and analysis of additional reserves were discussed.

It was decided to take disciplinary action against khokim, deputy khokim and sector leaders who committed serious shortcomings in their work and did not pay attention to working with entrepreneurs.

The heads of industries and regions presented information on the issues discussed at the video conferencing.