Shavkat Mirziyoyev: There will not be any Shortage of Resources for Mortgage Loans 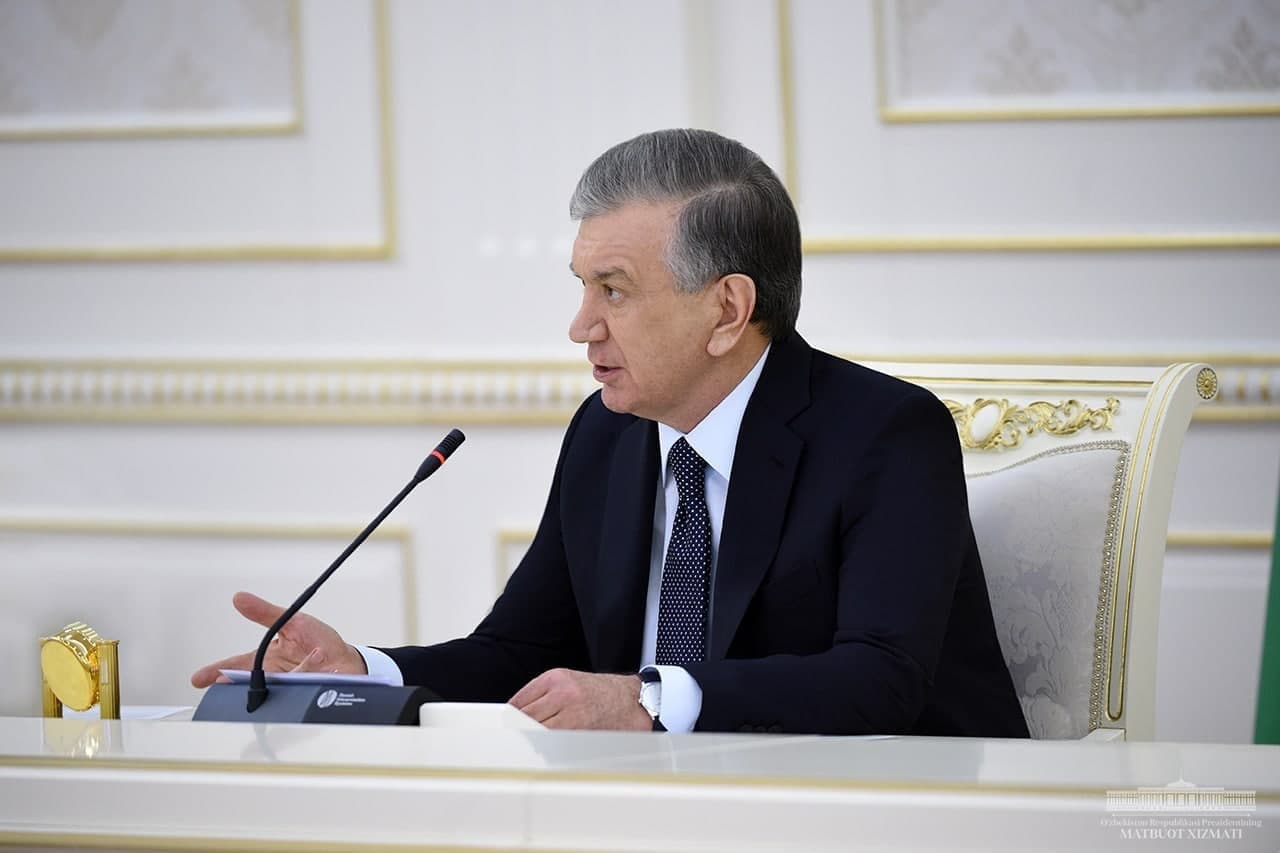 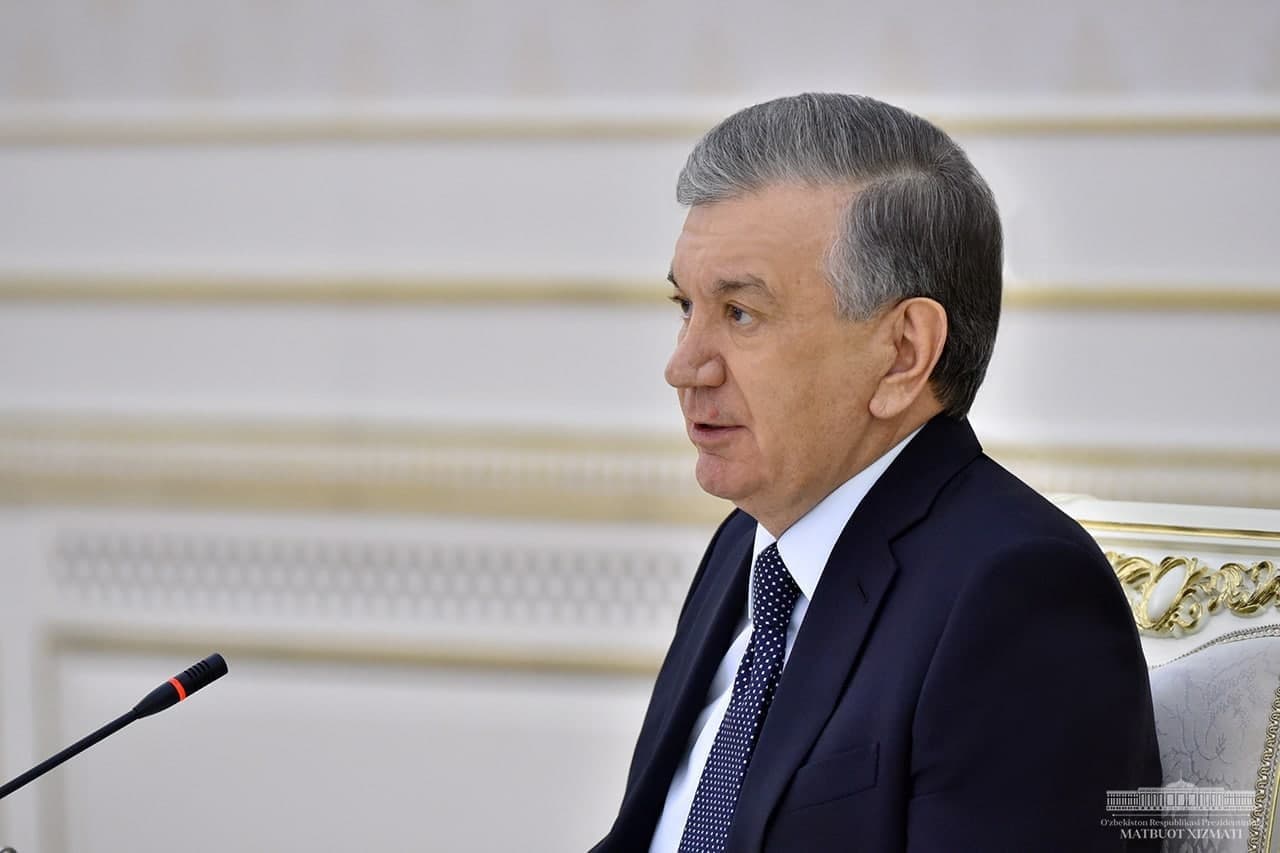 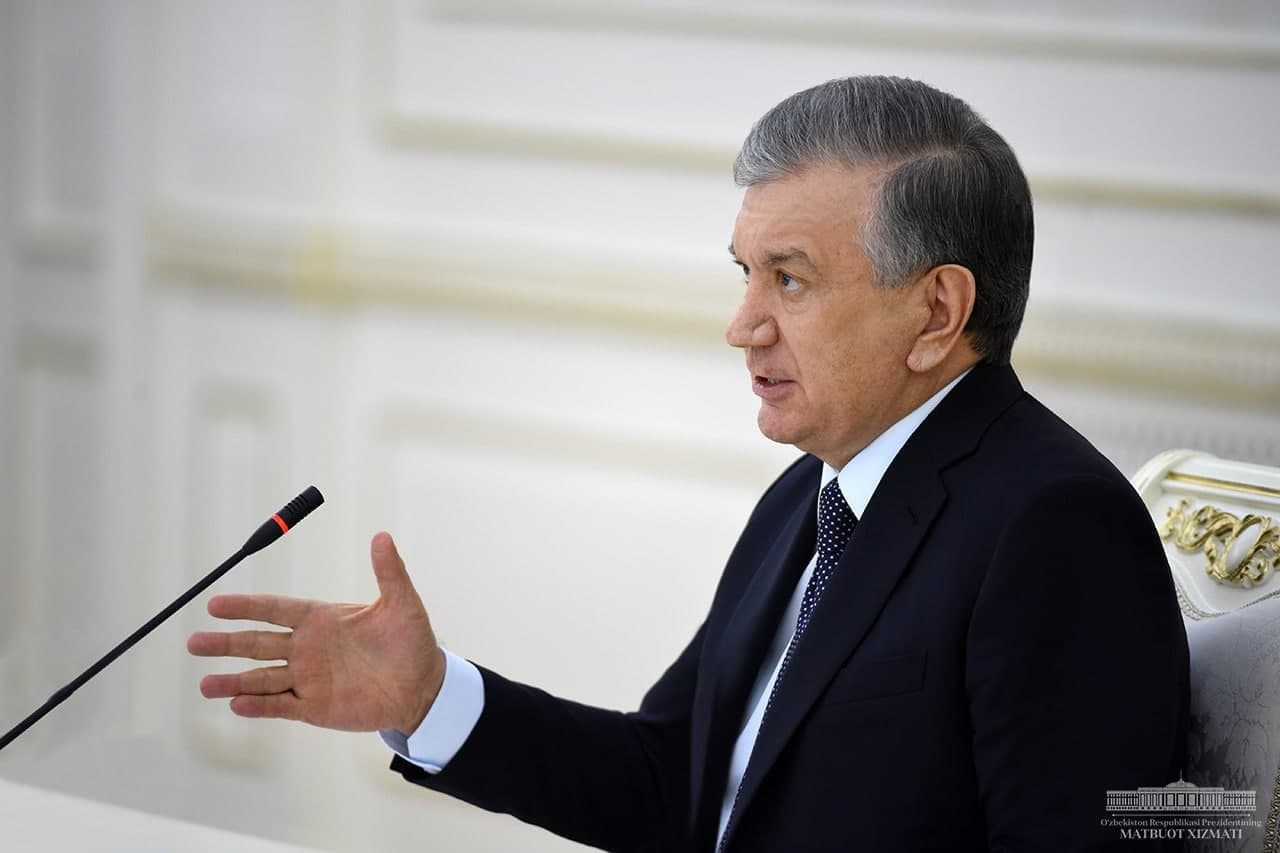 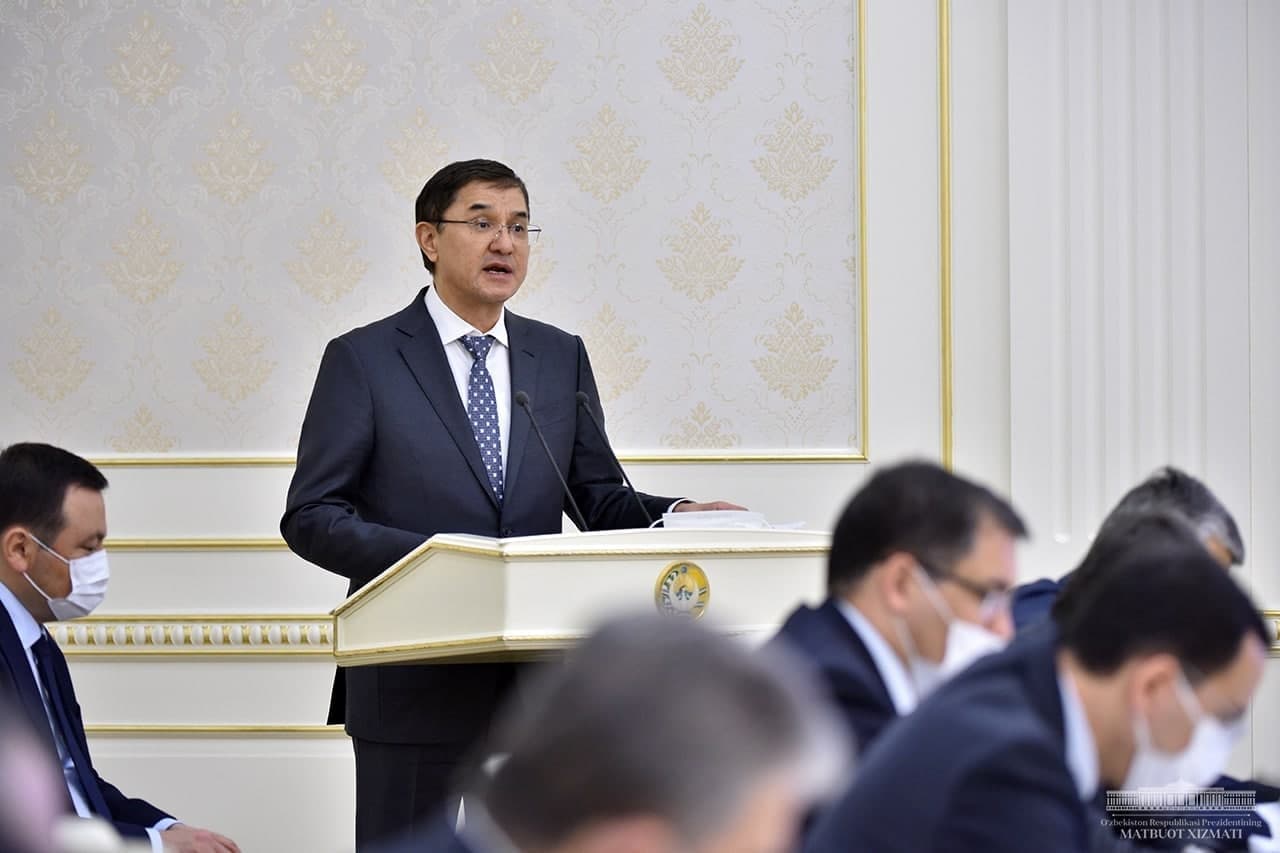 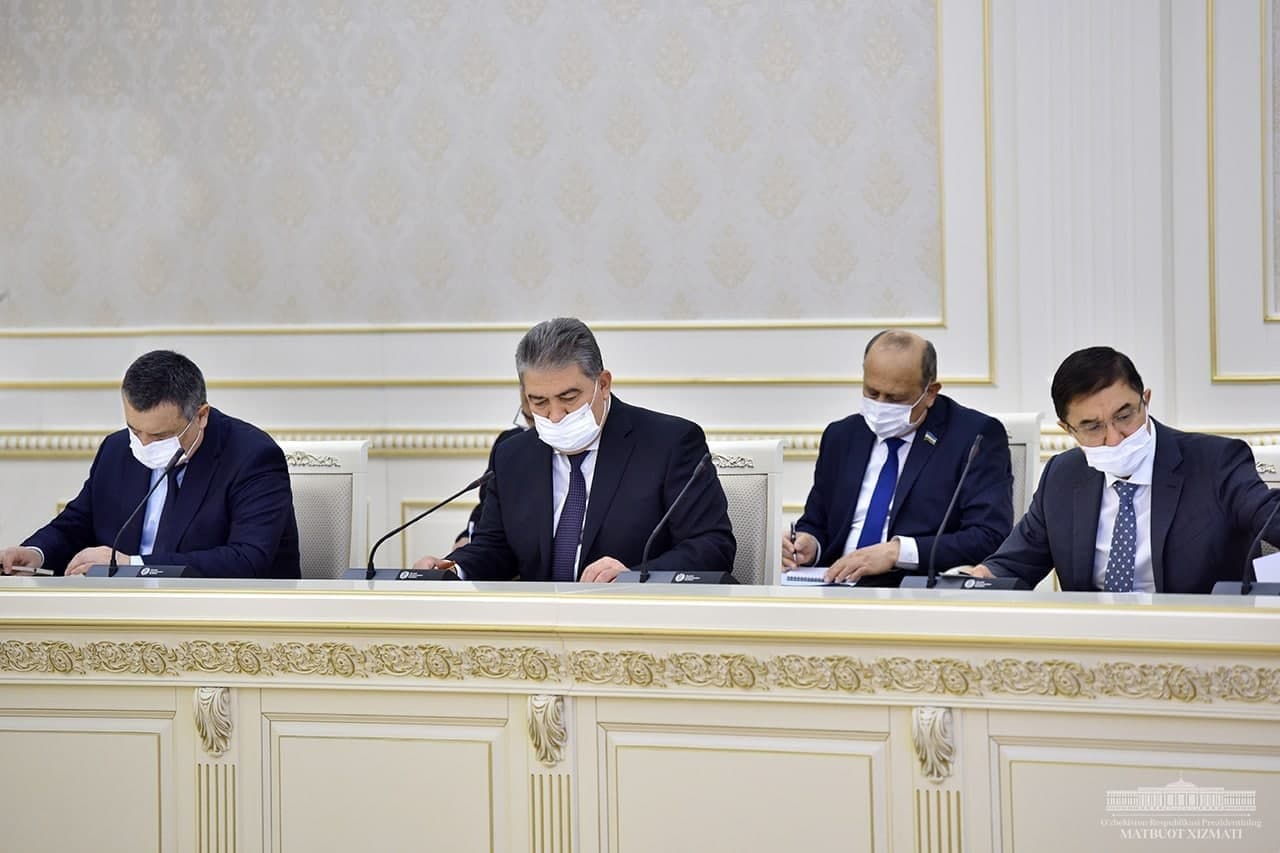 On March 3, a videoconference chaired by the President Shavkat Mirziyoyev, was held on measures to develop housing and the mortgage market.

As the population grows, the need for housing increases correspondingly. From the very beginning of his tenure as head of state, President Shavkat Mirziyoyev pays particular attention to this topical issue and initiates measures to provide the population with housing. By decrees of the President dated October 21 and November 22, 2016, programs for the construction of affordable housing in rural and urban areas were adopted. Over the past four years, 140,000 housing units have been built as a part of the programs. This is 4-5 times higher than the annual average values of house construction for the previous period.

However, many families still need housing. There are many complaints from citizens on this issue. Life itself calls out for an increase in pace of house construction, an improvement in the quality of design and construction, and the training of qualified specialists.

At today’s video conference, the tasks of this field were discussed.

The President highlighted the need to provide housing for all segments of the population and expand opportunities for choice.

With this view, it is planned to provide housing for 54 thousand families this year. In particular, 45 thousand houses will be built under the state mortgage program.

Including the engineering companies «Qishloq Qurilish Invest» and «Uzshahar Qurilish Invest» will commission 12 thousand houses, at the expense of the resources allocated by the Ministry of Finance by a commercial bank, housing for 26,5 thousand apartments will be built and houses for 8 thousand apartments will be built by private entrepreneurs. Up to 500 families in the Republic of Karakalpakstan and all regions - a total of 6,5 thousand families will receive loans for the construction of individual housing. In addition, a thousand families, especially women living in difficult circumstances and left homeless, will be provided with social housing on a lease basis.

In the context of regions, house construction is planned in the following volume: in Karakalpakstan - 2,290, in Andijan region - 4,665, in

- To this day, we have not yet implemented a construction program of such a volume. Therefore, each khokim (governor) must come to grips with the housing issue and have accurate calculations. The biggest question is fair housing pricing. Our people are dissatisfied with the current prices, - said Shavkat Mirziyoyev.

In this regard, the khokims of regions, districts and cities have been tasked to take measures so that the cost per square meter of housing does not exceed 4 million Uzbek soums, by arranging the supply of affordable construction materials from nearby manufacturers.

The meeting also considered sources of financing for construction work. It was noted that 11 trillion 500 billion Uzbek soums will be allocated in the framework of the program for providing the population with housing this year.

- Starting this year, there will not be any shortage and any restrictions on financial resources for mortgage lending, if the regions provide additional proposals, they will be resolved positively, -  the head of state said.

It has been defined that loans will also be allocated for the construction and reconstruction of individual residential houses. The loans will be provided for a period of 20 years. Low-income people will be able to benefit from subsidies to cover part of the interest. The Ministry of Finance was instructed to allocate 1,5 trillion Uzbek soums for these purposes, and the regional khokims were instructed to define the number of families in terms of districts that will receive such support.

The state provides great benefits to both builders and home buyers. In particular, a six-month grace period for mortgage loans will be introduced this year. In cities, the initial instalment will be reduced from 20 to 15 percent.

Payments on loans will also be subsidized in the part that exceeds the rate of 12 percent in Tashkent and 10 percent in other regions.

It was also announced that the benefits provided to construction companies during the pandemic will be extended until the end of this year. In particular, the State fund for support of entrepreneurship will provide construction organizations with guarantees of up to 20 billion Uzbek soums on loans for housing construction, as well as compensation for interest in the part exceeding the base rate of the Central Bank.

The meeting also touched upon the issues of providing families in difficult living conditions with housing on the basis of social rent. It was noted that the regions will be allocated funds to purchase one thousand of apartments for rent.

At the same time, it was pointed out that it is necessary to further expand this practice, including subsidizing part of the rent or providing social tenure of rooms in unused boarding houses.

Responsible persons were instructed to develop a relevant procedure and make a list of neediest families.

- The most important issue is to create a just system of fair use of the provided benefits, to raise people’s awareness of them, - the President said.

In this regard, it was proposed to create public commissions with deputies of Regional Kengashes (Council), public activists. They will establish public control over the fair allocation of land to the developer, the formation of a list of needy families entitled to benefits, and the control over the quality of construction. The residents of the makhallas (local neighborhood community areas) will be well-informed about the opportunities created.

The Ministry of Finance was instructed to make a list of citizens eligible for subsidies on the basis of social criteria by June 1 and automate this process. The Ministry for Development of Information Technologies and Communications was instructed to launch a mortgage web portal by May 1, which will provide information on lending and subsidizing procedures, housing to be sold and developers.

The importance of involving highly qualified specialists and financially stable contractors with a modern material and technical facilities, based on a rating system, was noted. The implementation of technical control over housing erected in accordance with the new procedure is entrusted to the territorial services of a single customer.

The heads of industries and departments reported on the issues discussed at the meeting.