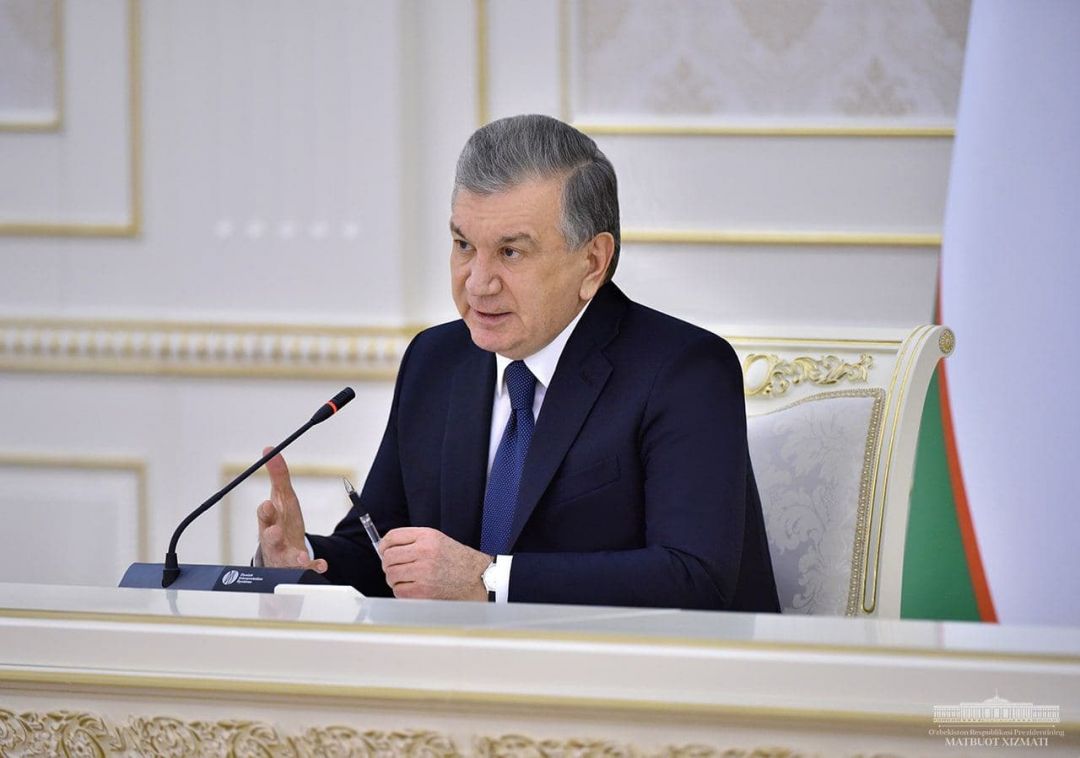 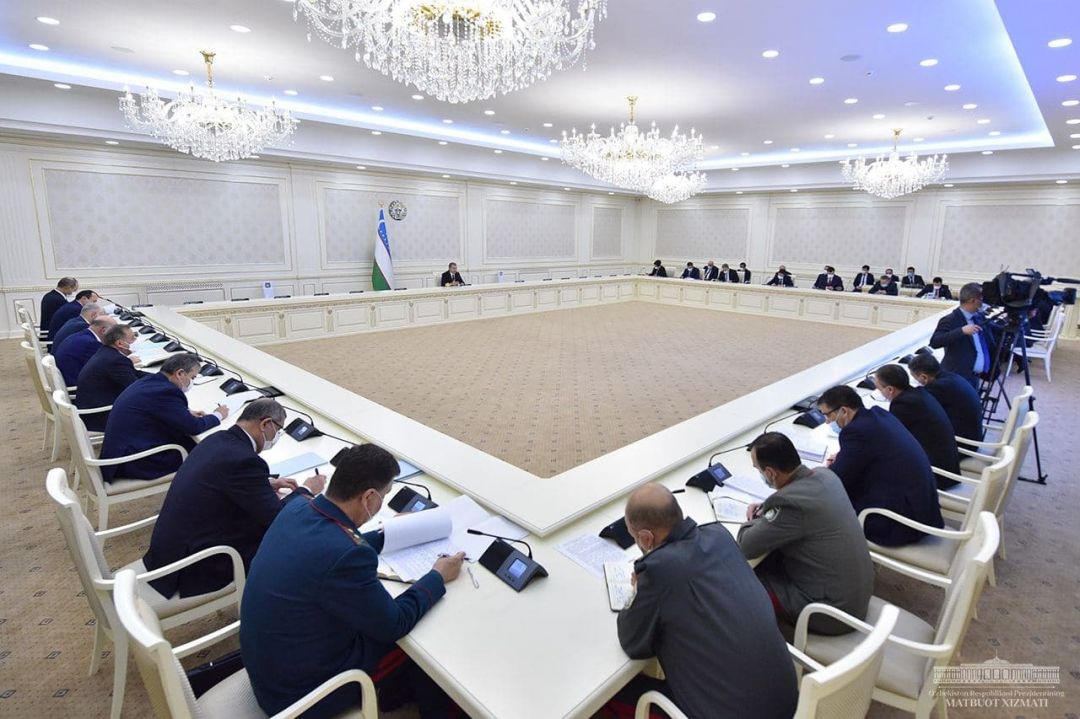 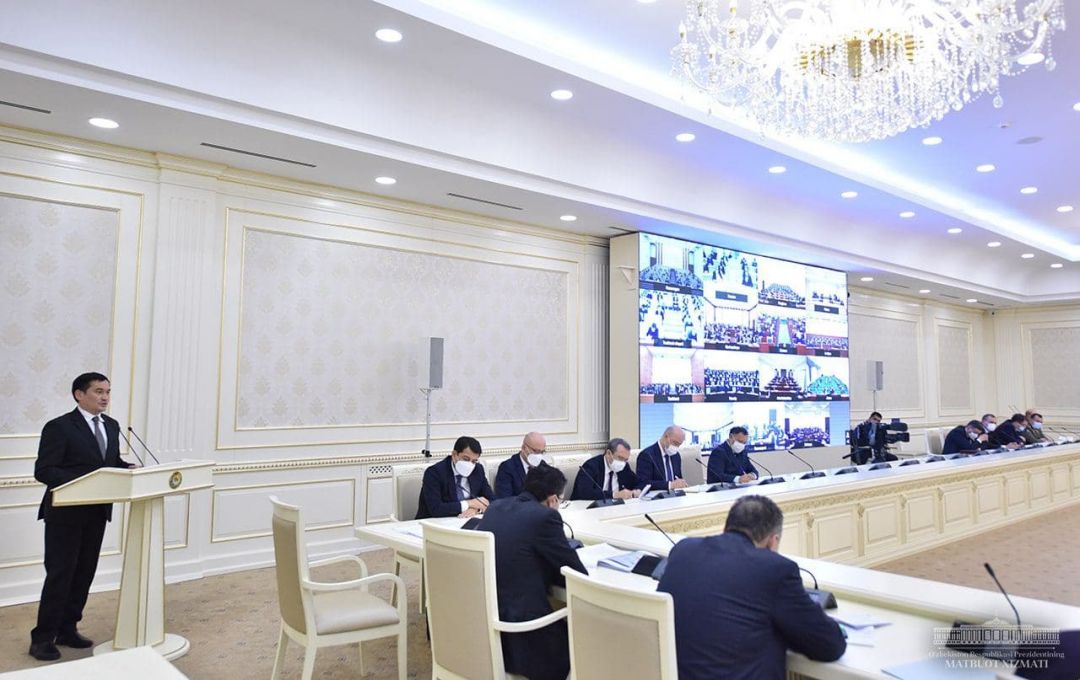 On December 9, President Shavkat Mirziyoyev chaired a videoconference meeting to discuss the efforts to promote tourism and sports, pressing tasks for the year coming up.

Tourism is attached special significance in Uzbekistan as one of the national economy’s strategic sectors. Extensive opportunities and everything conducive for its development have been delivered, including through the numerous presidential decrees and resolutions. In particular, the number of countries whose nationals are granted visa-free entry has grown from 9 to 86, while the e-visa system has been launched for citizens of 53 states. This year, particularly hard for the travel industry, businesses operating in this sector in Uzbekistan have enjoyed comprehensive support, including with subsidies and loans.

The meeting served to discuss measures to refresh and advance the country’s tourism potential, taking into account the need to revise approaches in the context of the coronavirus pandemic.

In 2021, a total of 1.7 million travelers from abroad and 7.5 million inner tourism participants are expected, and the exports of services in the field are estimated to reach $ 370 million. A promising track in this regard is pilgrimage tourism. Our country is home to numerous Muslim shrines, monuments of Judaism and Buddhism. It is possible to make a good use of this advantage and attract 700 thousand pilgrims a year and ensure the exports of services worth $ 130 million.

The President pointed out therefore the need for a phased resumption – from the next year – of air communications with European countries, Malaysia, Indonesia, Pakistan, Thailand, Japan, and establishment of new routes and opportunities for potential pilgrims. Shavkat Mirziyoyev urged the national air carrier to reduce ticket prices.

The head of state gave directives to boost work to enrich pilgrimage tourism with academic approach. Uzbek embassies abroad will be engaged more closely to the efforts to galvanize the tourism capacities of our country. A proposal was voiced to simplify the visa system for citizens of states where pilgrimage tours to Uzbekistan are highly popular.

This work is to be coordinated by an Interdepartmental Commission headed by two Deputy Prime Ministers. This body will systematically analyze state of affairs regarding the organization of flights, simplification of obtaining permits, expansion of the geography of flights and improvement of airport services.

Shavkat Mirziyoyev noted that facilities unexplored and unknown to tourists are abundant in our regions. The Ministry of Culture and the Committee for Religious Affairs have been instructed to restore 300 cultural heritage and pilgrimage sites.

The resting place of the great theologian Abu Mansur Maturidi and other 8 outstanding scientists buried next to him can well serve as a center of pilgrimage for Maturidism order with 170 million followers around the world. The Samarkand region hokimiyat received corresponding instructions on this matter.

The President also stressed the need to devise a project of a thematic square in Bukhara with tribute to Islam and religious figures from the wider region.

Next year, the inner tourism program entitled “Travel across Uzbekistan” is said to be afforded a new breath. Thus, additional non-working days are announced around Eid al Fitr and Eid al Adha, Navruz, Independence Day and New Years Day. Domestic tourism months, weeks and days are to be announced for off-season travel.

Shavkat Mirziyoyev instructed the officials in charge to extend – through to late 2021 – the benefits and preferences provided to the tourism industry due to the pandemic, introduce discounts on transport and hotel services for the population, and take other measures to boost domestic tourism.

The videoconference meeting participants deliberated on the development of tourism facilities and infrastructure.

Dozens of such projects are in progress in Bostanlyk district of Tashkent region. In particular, under construction are Amirsoy resort second phase, the Beldersai-Chimgan-Nanai international resort, the Khojakent cable car, 29 hotels and sanatoria.

Building on this experience, measures were identified to implement a program for accelerated tourism development next year in 14 high-potential districts as well as the cities of Khanabad and Angren.

The second track of the meeting implied the discussion of issues concerning the extensive engagement of people in mass sports.

Today, as low as 19 percent of the country’s population practices physical exercises and sports. More and more problems are associated with unhealthy lifestyle, excessive consumption of foods high in salt, sugar, fat, as well as flour dishes and bread products.

It has been well established that the coronavirus strikes overweight people with cardiovascular and respiratory diseases particularly hard. This emphasizes again the importance of healthy lifestyle and exercise.

By the October 30 presidential decree, important steps were outlined to widely promote healthy lifestyle and mass sports. Among the challenges cited was that to create 3-5 kilometer-long Paths of Health in district centers and cities.

Instructions were given at the meeting to shape a targeted list of such paths, start construction works, and deliver all amenities for pedestrians and cyclists.

The President paid special attention to the development of local sporting infrastructure. The head of our state urged the executives to invite entrepreneurs for the construction of such facilities, workout grounds, mini-football, badminton, streetball pitches and fitness halls.

Shavkat Mirziyoyev noted it is essential to develop sports tourism in our country by holding international competitions. In particular, motorcycling and cycling contests can be organized, with the construction of a route from across the nation to the Bostanlyk district.

Sports tests are planned to take from the wider public to determine the physical fitness. The President underscored the necessity of holding such tests primarily among schoolchildren, with ensuing inclusion of other categories of the population.

As you may know, every district and town of Uzbekistan is specialized in priority types, promising types and developing types of sports. In this sense, the President insisted that major competitions be held regularly in each district, building on their specialization, to effectively nurture talented athletes. The head of our state, to this end, recommended that the National Olympic Committee make sure that sports federations are engaged closely to works in districts and towns, and advance the Olympic movement on the grass-roots level.