State of affairs in the transport sector critically analyzed 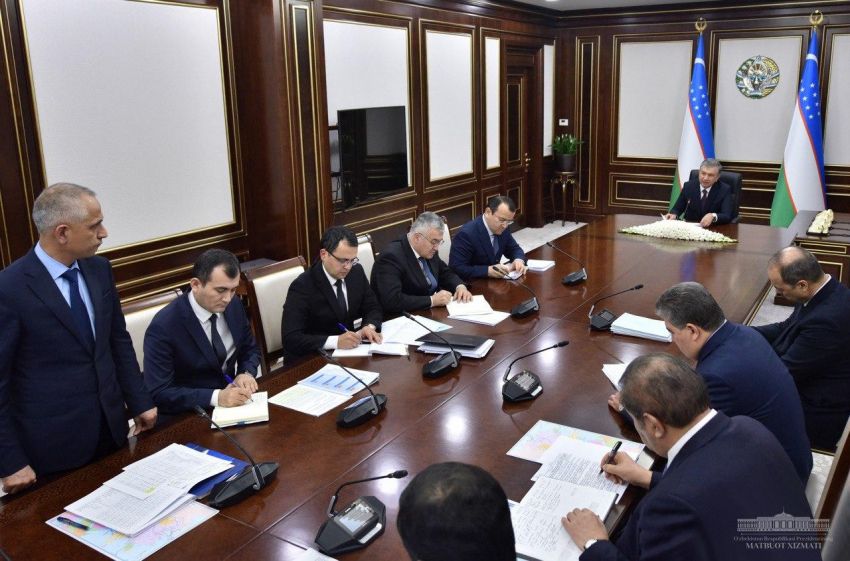 President Shavkat Mirziyoyev has held a meeting to discuss priorities in the effective organization of the transport system in Uzbekistan.

In order to radically improve public administration in the sphere, its strategic development, and ensure sustainable operation of transport communications, the Ministry of Transport was set up by a decree of the head of state on 1 February 2019.

The extensive efforts notwithstanding, the transport and transit potential of our country is not fully utilized, said the President at the meeting.

According to international experts, Uzbekistan’s transit potential can be increased from the current 7 million to 16 million tons, and through regional projects – up to 23 million tons by 2030.

Uzbekistan ranks 99th among 163 nations in the World Bank’s logistics rating, and 120th in terms of comfort in the use of international transportation.

Due to the lack of an optimal tariff policy, the available opportunities are poorly used to attract transit freight flows and boost the competitiveness of domestic goods in foreign markets.

As it was noted at the meeting, one of the most critical tasks facing the Ministry of Transport is the fundamental revision of transit policy.

The President’s instructions on the profound reform concerned also the railway system. The head of our state insisted in particular that private capital be widely drawn in to this area.

The state of affairs in civil aviation has also been criticized. Reforms in this sector are stalled due to the fact that the joint-stock companies Uzbekistan Airways and Uzbekistan Airports, set up on the basis of the national air company, have yet to demonstrate themselves as independent organizations.

In addition, “open skies” regime was introduced last year at four airports in the country with the introduction of the “fifth air freedom”. Despite this, not a single foreign airline has shown interest in cooperation. This situation, Shavkat Mirziyoyev stressed, raises reasonable complaints from passengers, who thus prefer to use services of foreign air companies.

In this respect, the President urged officials to complete the reforms building on the recommendations of the World Bank and deliver a competitive environment in the field.

Navoi and Termez international airports have been determined to introduce “open skies” principles to turn them into cargo hubs and widely attract foreign freight carriers.

The head of our state underscored the importance of creating conditions for new airlines and expanding the geography of flights.

Shavkat Mirziyoyev also drew attention to a number of shortcomings in the field of automobile and public transport.

The need was stressed for open tenders for route maintenance, revision of tariffs and procedures for public passenger transportation, digitalization of the sphere to provide convenient and high-quality motor transport services to the population.

Special emphasis was placed on the need to improve the condition of roads, speed up the elaboration of a Road Development Strategy with the participation of international experts.

The methods of work of regulatory bodies under the Ministry of Transport have been dubbed obsolete, the need to perk up their activities with an eye to modern requirements has been noted.