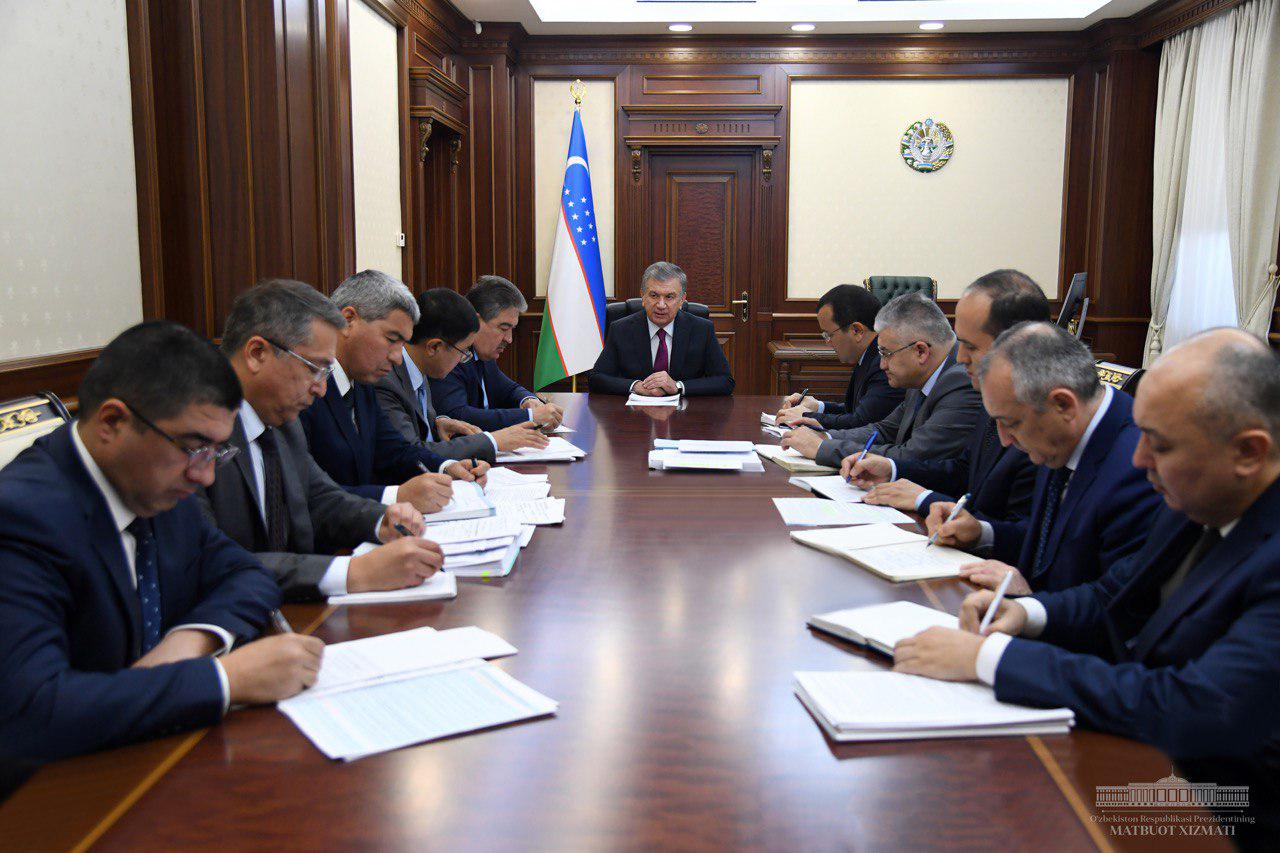 On September 5, President of the Republic of Uzbekistan Shavkat Mirziyoyev held a meeting on the priority tasks of providing the population with clean drinking water.

Drinking water supply for the country’s population, especially residents of more than 11 thousand villages, remains a rather pressing issue.

At the meeting held in the spirit of critical analysis, the head of state noted that over the past two years, 2 trillion 400 billion soums have been allocated to improve drinking water supply and sanitation. This is twice as much as the sums assigned in the previous 10 years.

Despite this, the level of centralized provision of clean drinking water in the country is 68 percent. And in Karakalpakstan this figure reached only 52 percent, in Bukhara region it is 53, in Kashkadarya and Surkhandarya – 54, in Khorezm region it has been as low as 56 percent.

As it was noted at the meeting, the profitability of water supply enterprises in the city of Tashkent is 7 percent, in Andijan and Kashkadarya regions it reaches 6 percent, while in Navoi it is 3 percent.

27 thousand kilometers or 38 percent of water supply networks are in disrepair; 2 thousand or 20 percent of pumps are out of order. Only 79 towns (57 percent) of the country have sewage systems, 23 percent of which are in need of repair.

The President also pointed to the lack of metering systems in 85 percent of drinking water production and delivery facilities.

The fact that only 44 percent of water consumers are provided with meters – 1 million 425 thousand households out of 3 million 280 thousand – testifies to the low efficiency of the work carried out in the field, it was underscored at the meeting.

Today, villages have numerous ownerless water structures (in the Buka district of Tashkent region alone, for example, there are more than 60 such facilities).

The head of state pointed out the need for cardinal acceleration of work to solve these and similar problems. According to estimates, bringing the water supply rate to 98 percent in urban and 85 percent in rural areas as well as the sewage provision rate to 31 percent by 2030 will require 4.5 billion US dollars.

To achieve this ambitious goal, it is essential to address a number of important tasks today, as was noted at the meeting.

First of all, in order to attract private investment in the sphere, it is crucial to set tariffs based on the requirements of the free market. In addition, by the end of 2022, one hundred percent supply of drinking water production and delivery facilities and consumers with meters should be ensured.

To this end, the Ministry of Finance, the Ministry of Housing and Public Utility Services were tasked with introducing a procedure in accordance with which, from 1 January 2020, tariffs would be determined taking into account the full coverage of the cost of services and the costs of modernization.

In the meantime, it is envisaged to introduce a procedure for compensation by the state for part of the drinking water expenditures of the population of remote and mountainous areas.

In addition, water supply and sewage systems as an experiment will be transferred to entrepreneurs on the terms of public-private partnership.

Field managers presented information regarding the implementation of the tasks outlined at the meeting.