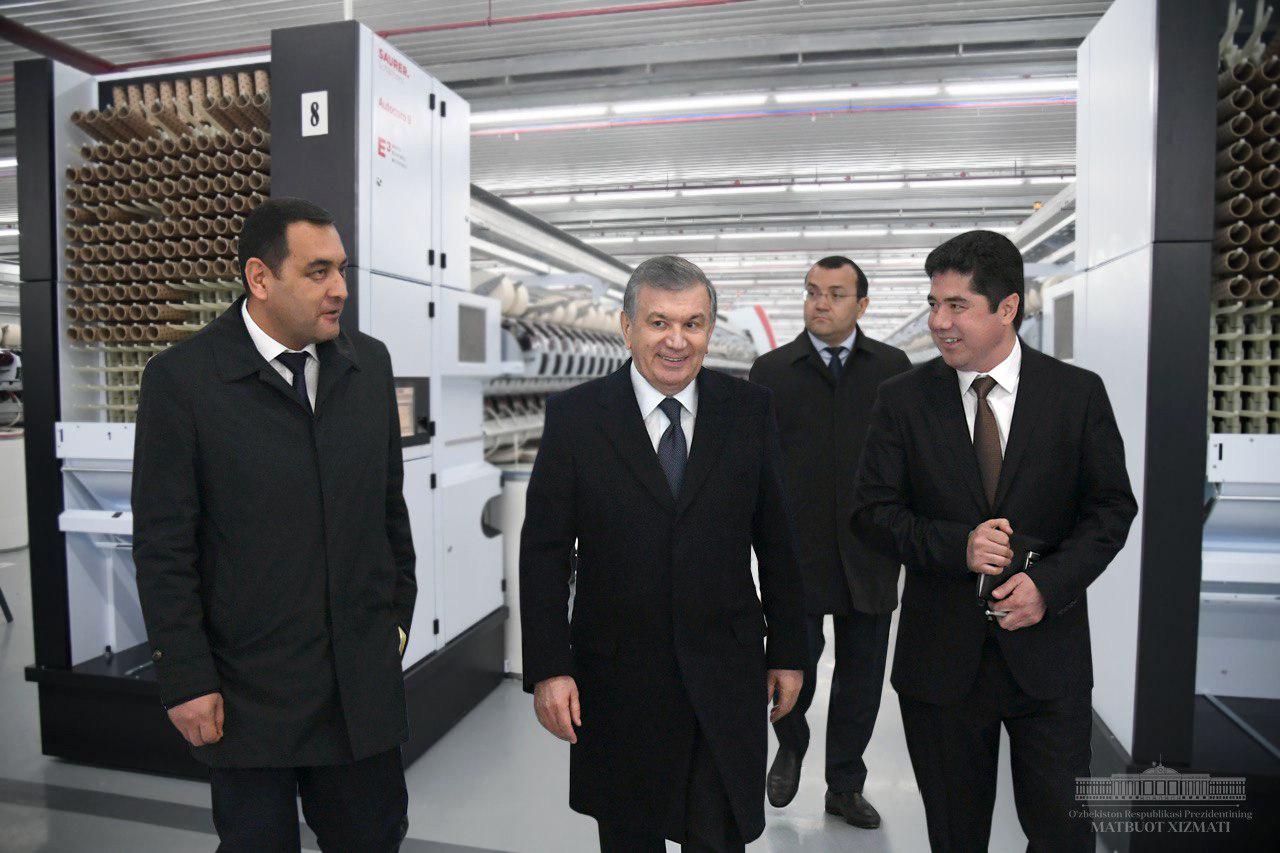 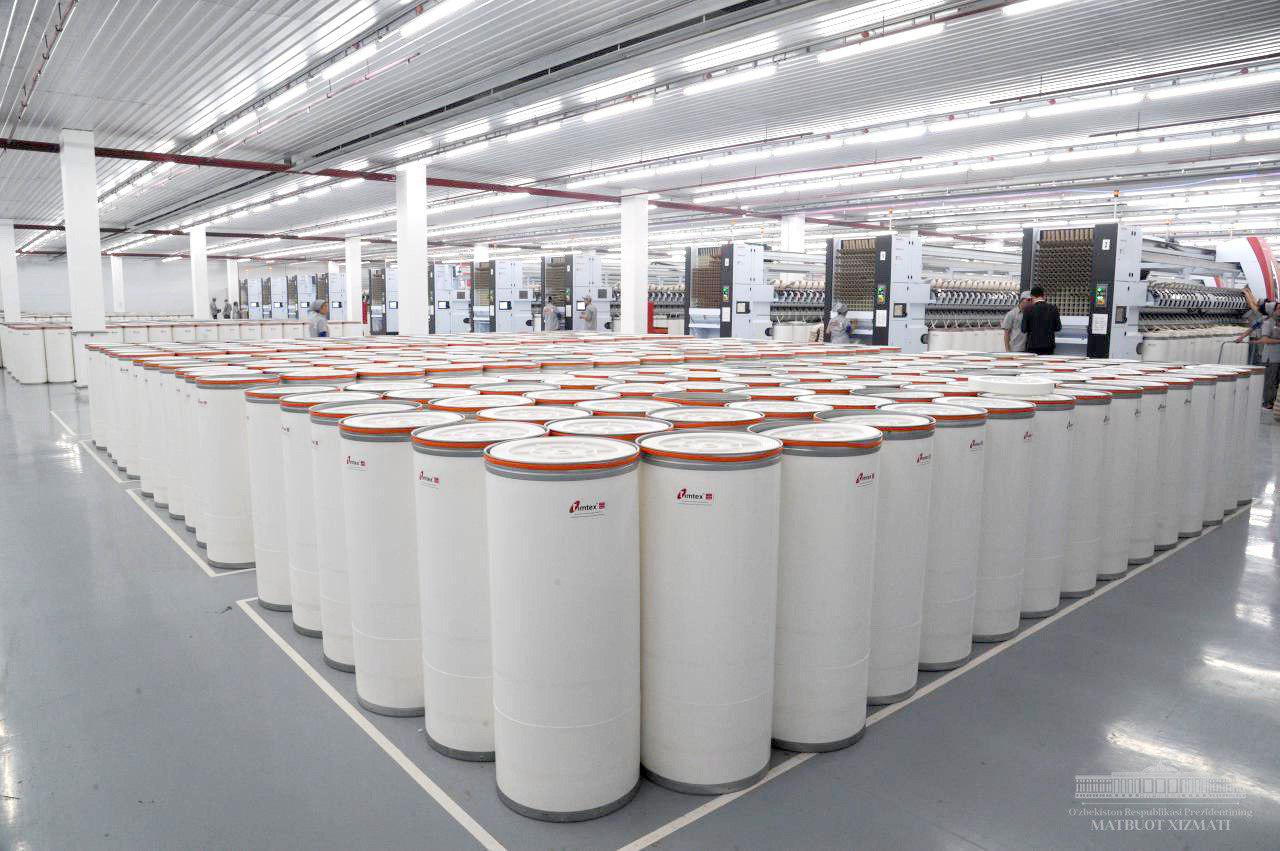 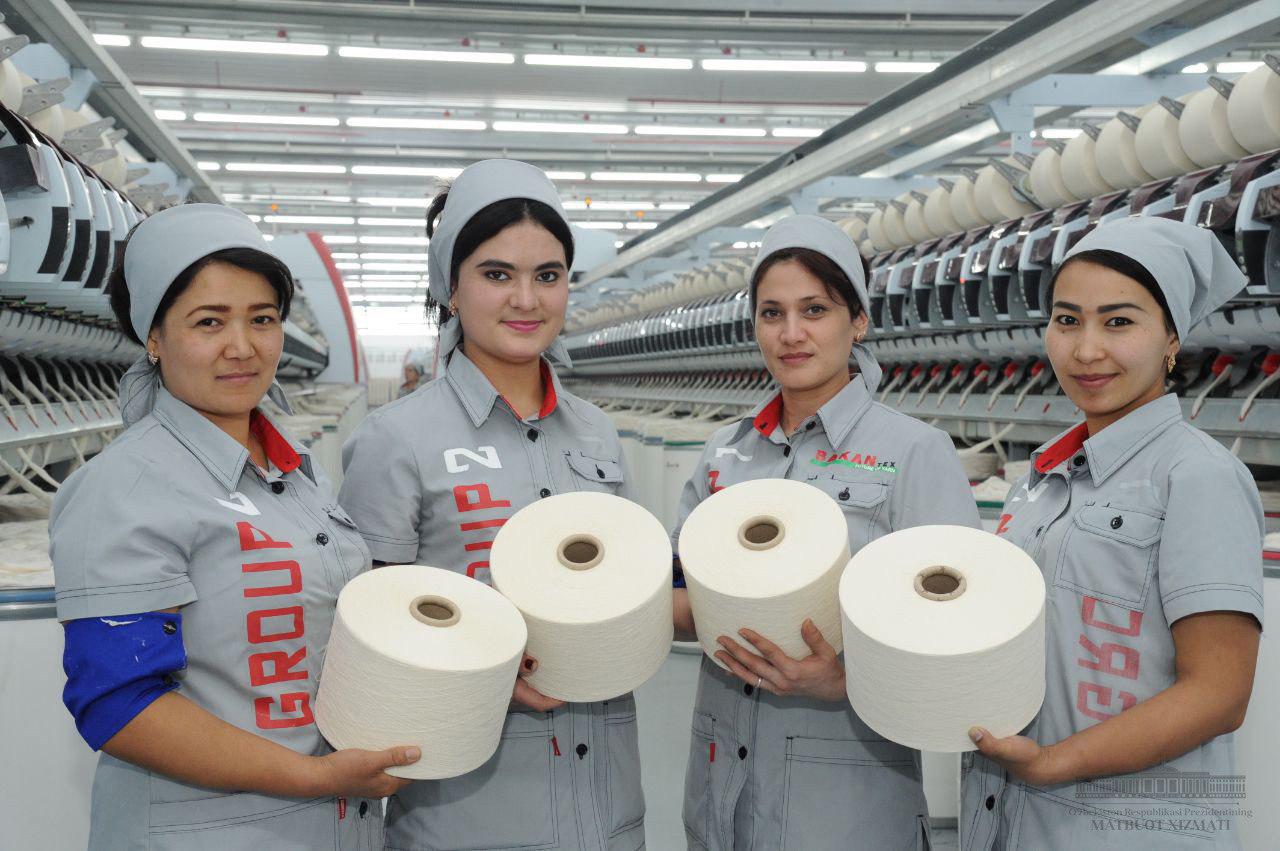 The company is organized on the territory of citizens’ gathering of Shakhand village. The empty building, thanks to the policy of the Head of the state on creating jobs through using untapped opportunities of the regions, was transferred to a local entrepreneur. Soon the building was repaired, spinning machines from Germany, as well as other modern equipment from Belgium, Switzerland, India and Turkey were installed. Last year, the first stage of the enterprise was put into operation, 300 residents of the neighboring makhallas Bogishamol, Dukat, Temirqishloq, Olchin, Akhsi and others were provided with work.

It is noteworthy that the company provides itself with electricity. A modern gas generator from Germany is installed here. The hot water produced during the production process is used to heat a 9-hectare greenhouse.

– New generation of entrepreneurs is emerging in our country with an innovative approach to work, – said Shavkat Mirziyoyev. – It is necessary to expand their ranks, provide them with constant support.

The Head of the state had a conversation with employees of the joint venture.

Presentation of investment projects that will be implemented in Namangan region with the assistance of embassies of Uzbekistan abroad was also held here.

43 promising projects are planned to be implemented. In addition, information was presented on plans for establishing production of automobile headlights by JSC Uzavtosanoat, mopeds, scooters and motorcycles at Norin Moto Bike company, sewing machines at Uz Youcheng Group joint venture in Pap district.

The President gave instructions on qualitative implementation of these projects.