President of the Republic of Uzbekistan receives the Commander of the U.S. Central Command 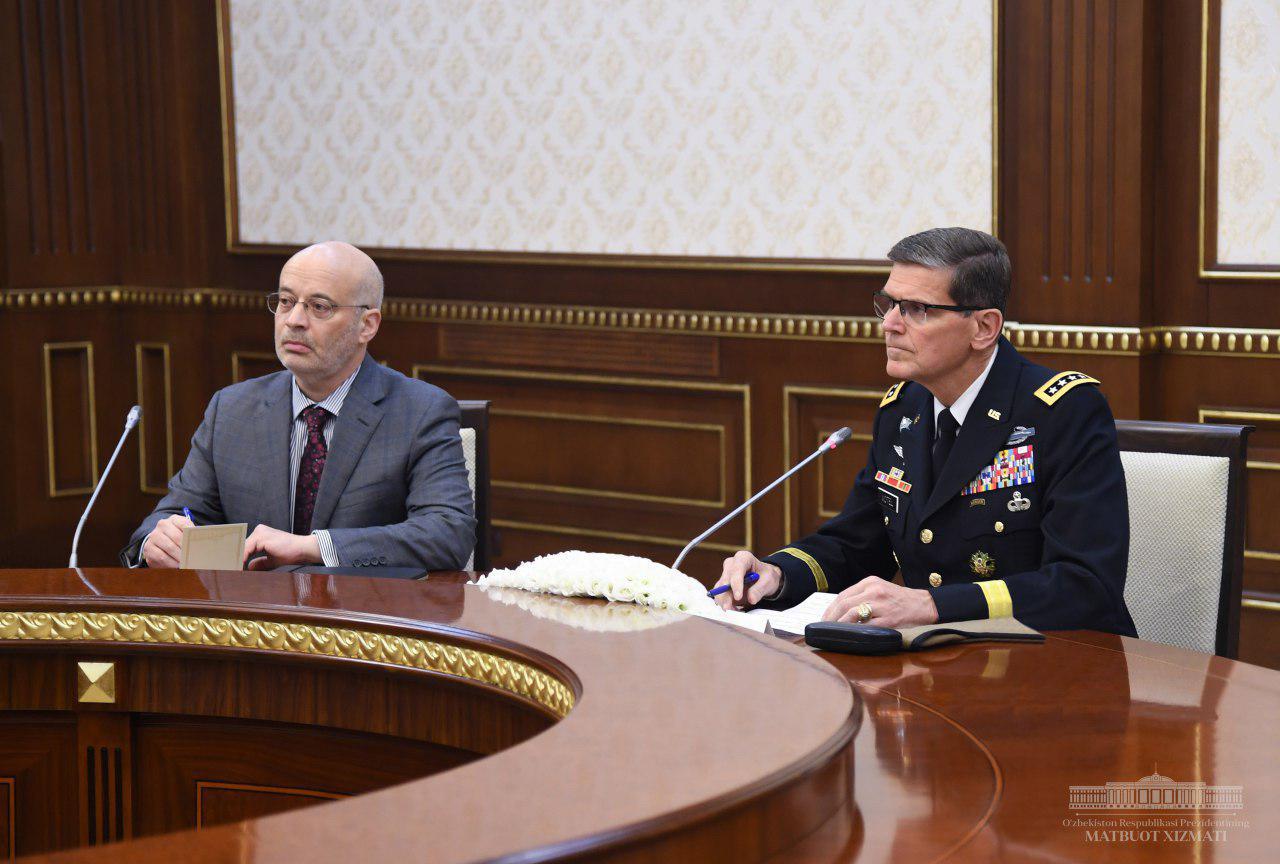 On February 20, the President of the Republic of Uzbekistan Shavkat Mirziyoyev received the Commander of the U.S. Central Command of the United States Army, General Joseph L. Votel, who arrived in Uzbekistan to attend the conference of chiefs of general staffs of Central and South Asian countries.

The President, warmly welcoming the guest, emphasized that fruitful high-level negotiations during the official visit to the United States last May opened a new era of strategic full-scale partnership between the two countries.

Currently, multifaceted Uzbekistan – American relations are consistently strengthening, joint programs and projects are being implemented in innovations, industry, agriculture, pharmaceuticals and others. The trade turnover in 2018 has doubled.

The President of Uzbekistan noted that the conference of chiefs of general staffs of Central and South Asian countries, organized by the Central Command of the United States Army, is held for the first time in the capital of Uzbekistan and is a platform for discussing and developing joint approaches to solving one of the most pressing problems of our time – ending the armed conflict in Afghanistan.

At the meeting, special attention was paid to issues of expanding Uzbekistan – American military and military-technical cooperation and interaction in security.

Joseph L. Votel expressed sincere gratitude to the President of the Republic of Uzbekistan for the warm welcome and the opportunity to hold the conference in Tashkent.

The Commander of the U.S. Central Command expressed hope that based on the results of the planned event, the parties would be able to develop a strategy for development and deepening of constructive partnership for peace and prosperity in the region.