President of the Republic of Uzbekistan attends the informal CIS Summit 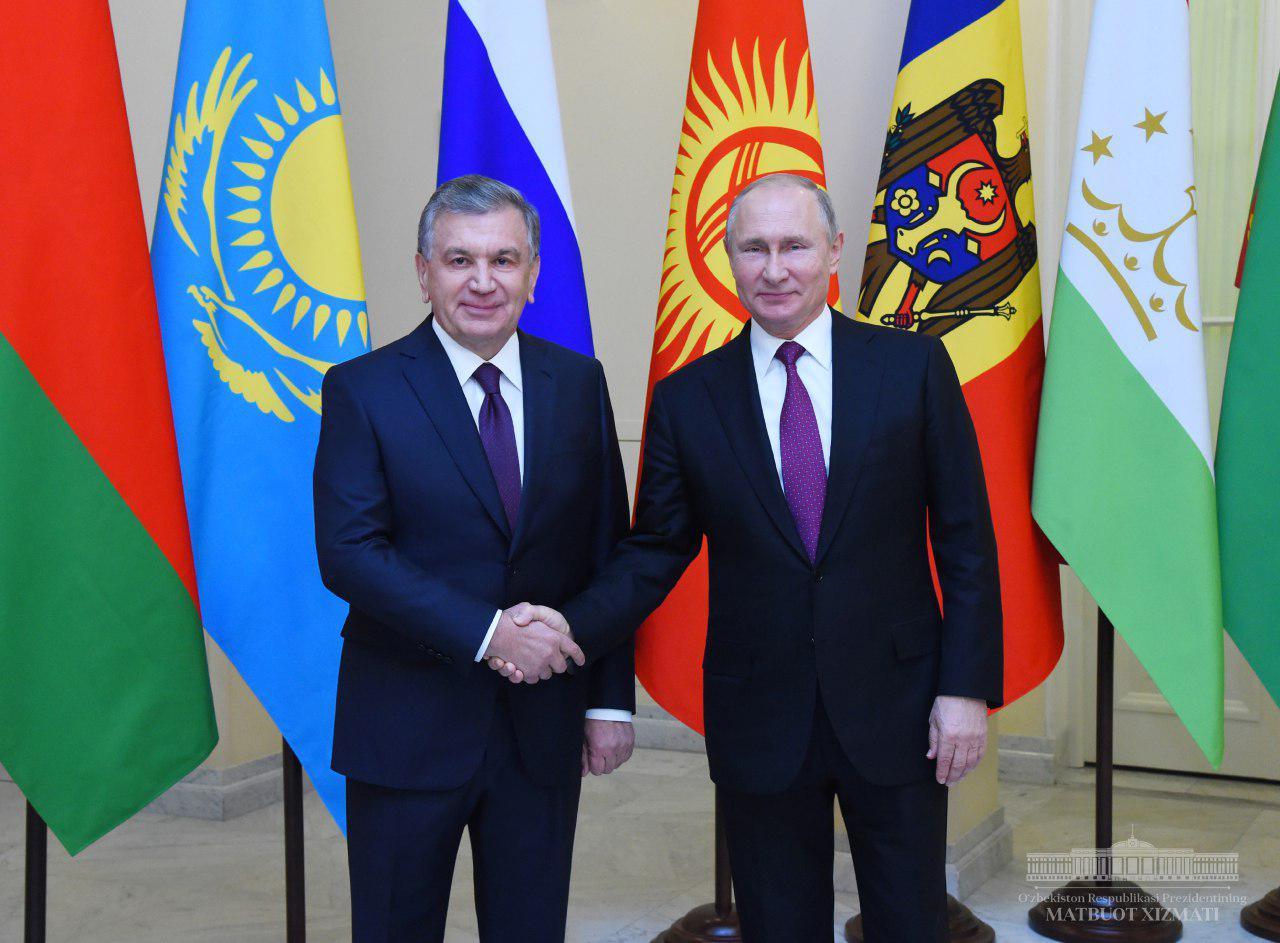 On December 6, 2018, the President of the Republic of Uzbekistan Shavkat Mirziyoyev attended the informal meeting of the Council of Heads of States of the Commonwealth of Independent States, in Saint Petersburg.

After the photographing ceremony, an informal meeting of the CIS Heads of States began.

It should be emphasized that interaction of Uzbekistan with the Commonwealth member states is consistently and comprehensively developing in various areas.

The Head of Uzbekistan attended the meeting of the Council of Heads of States of the CIS member states held on September 28 this year in Dushanbe.

Over the past period, the country has joined 10 sectoral cooperation bodies of the Commonwealth. Uzbekistan became a full member of the Interparliamentary Assembly, joined the Plant Quarantine Coordination Council, the Interstate Council for Cooperation in Scientific, Technical and Innovation Spheres, the Council on Agro-Industrial Complex Issues, the Commission on Peaceful Uses of Atomic Energy, the Council of Heads of Security Agencies and Special Services of CIS member states, a high-level working group on development of an Agreement on the Free Trade Zone of Services within the CIS and others.

Uzbekistan supports the formation of mutual markets, simplification of customs procedures, effective use of international and regional transport corridors within the CIS.

This year, Uzbekistan held a number of important events within the Commonwealth, including meetings of the Council of Ministers of Defense, Coordination Council on Seed Production, Council for Standardization, Metrology and Certification, Interstate Council for Geodesy, Cartography, Cadastre and Earth Remote Sensing, as well as many others. This made it possible to significantly intensify mutually beneficial, multifaceted cooperation in various fields, strengthen economic and investment ties, and expand industrial cooperation.

At the meeting, attention was paid to issues of further development of trade and economic cooperation, increasing mutual trade, effective use of the transport-communication potential of the Commonwealth states, as well as strengthening security, preventing and countering new challenges and threats of our time.

The need for consistent continuation of humanitarian, educational and tourist exchanges was noted.

Views were exchanged on other issues of mutual interest.

It should be noted that the Republic of Uzbekistan will be the co-chair in the Commonwealth next year, and in 2020 will host the Summit of Heads of States of the CIS.

Within the framework of participation in the informal CIS Summit, the President of Uzbekistan held bilateral negotiations with the heads of several states, during which the main results of a fruitful partnership in 2018 and promising areas of cooperation for the upcoming period were discussed.

Thereupon, the visit of the President of the Republic of Uzbekistan Shavkat Mirziyoyev to Saint Petersburg has ended.