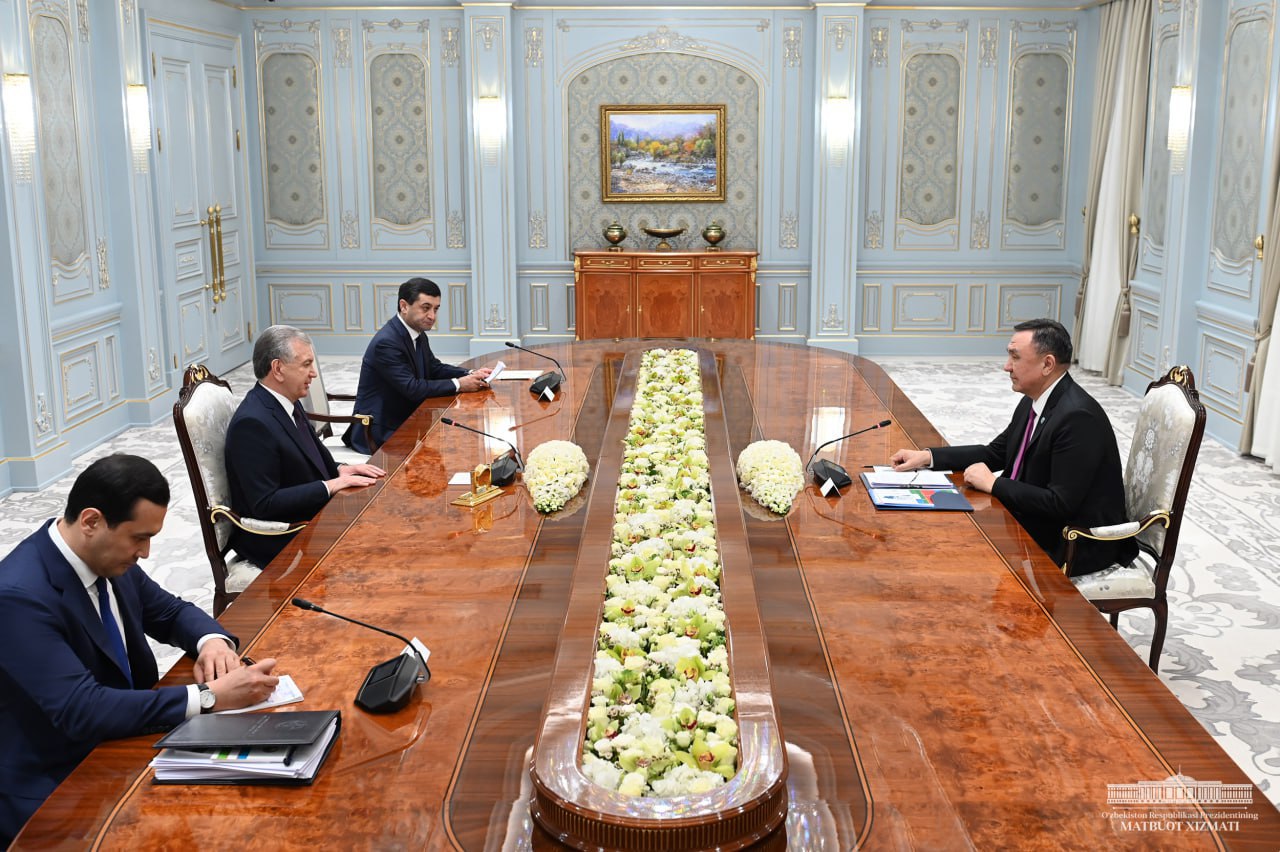 On January 24, the President of the Republic of Uzbekistan Shavkat Mirziyoyev received the Secretary General of the Organization of Turkic States Kubanychbek Omuraliyev, who is in Tashkent city as part of the regular meeting program of the Council of Foreign Ministers of the Economic Cooperation Organization.

During the meeting, the progress in implementing priority objectives of Uzbekistan's chairmanship within the Organization of Turkic States was considered.

The Secretary General highly appreciated the results of the historic Samarkand summit, which opened a new chapter in the development of the Organization.

The agreements on simplifying trade and customs procedures, creating the Investment Fund were adopted.

Samarkand was declared as the «Capital of Turkic Civilization». Alisher Navoiy Prize was awarded for the first time.

Besides, Uzbekistan has become a ranked member of the International Organization of Turkic Culture.

It was noted with satisfaction that 2023 was declared the «Year of Turkic Civilization Development» on the initiative of Uzbekistan.

A particular attention was paid to the chairmanship's priorities, which include institutional reform, creating a «space for new economic opportunities», strengthening transport connectivity and intensifying cooperation in food security.

Following the meeting, the Secretary General expressed his readiness to closely cooperate for the practical realization of cooperation potential within the Organization.