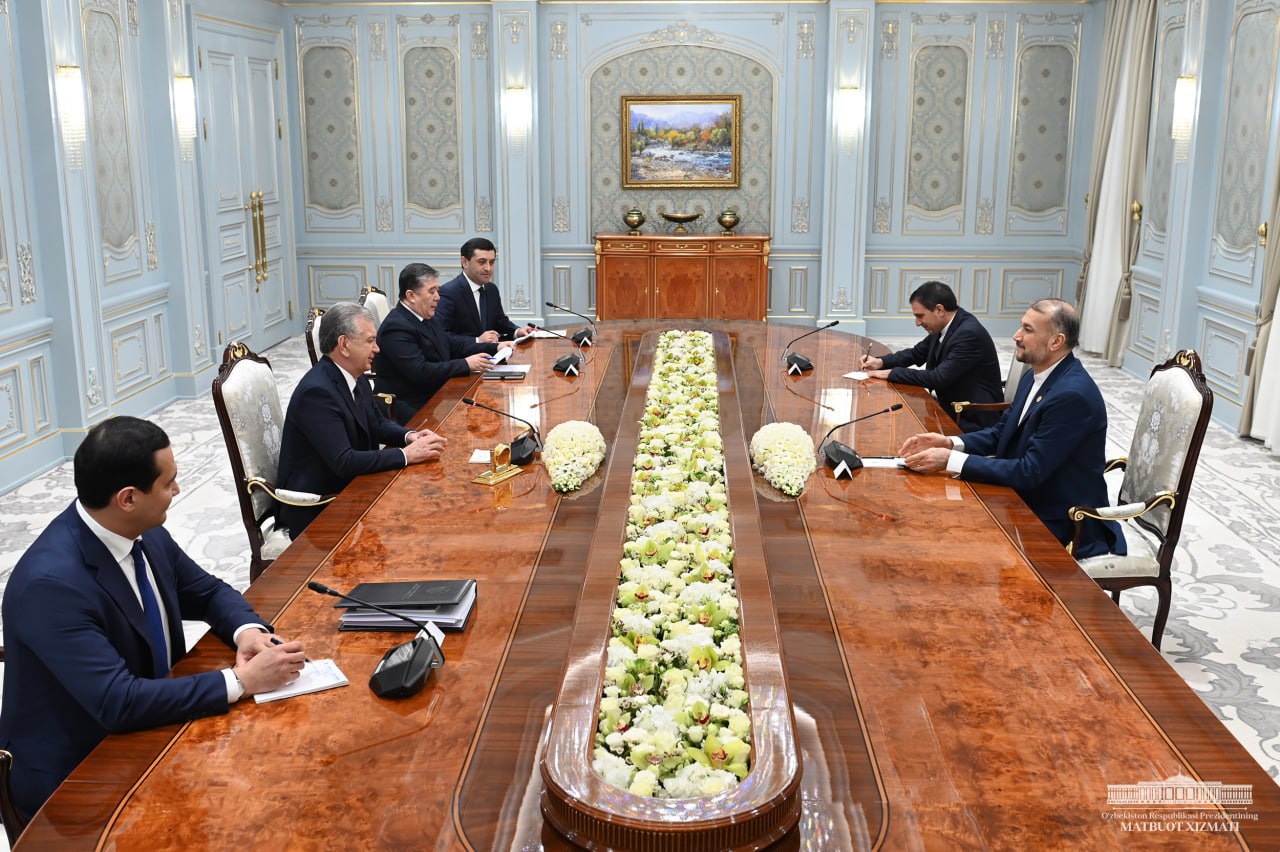 On January 24, the President of the Republic of Uzbekistan Shavkat Mirziyoyev received a delegation from the Islamic Republic of Iran, headed by Foreign Minister Hussein Amir Abdollahian, who was in our country within the program of the meeting of the ECO Foreign Ministers’ Council.

At the beginning of the meeting, the Foreign Minister conveyed to President Shavkat Mirziyoyev the sincere greetings and best wishes of Iranian President Ibrohim Raisi.

It has been noted that the agreements reached during the official visit of the Iranian President to Uzbekistan in September last year have laid a solid foundation for further development of versatile cooperation between the two nations.

The Leader of Uzbekistan has expressed his satisfaction with the intensification of contacts, the progressive growth of mutual trade and the strengthening of cooperation among leading enterprises.

A particular attention has been paid to the promotion of cooperation in transport and logistics, especially the effective use of Chabahar and Bandar Abbas ports.

They also reviewed the schedule of upcoming events and exchanged views on topical international issues.