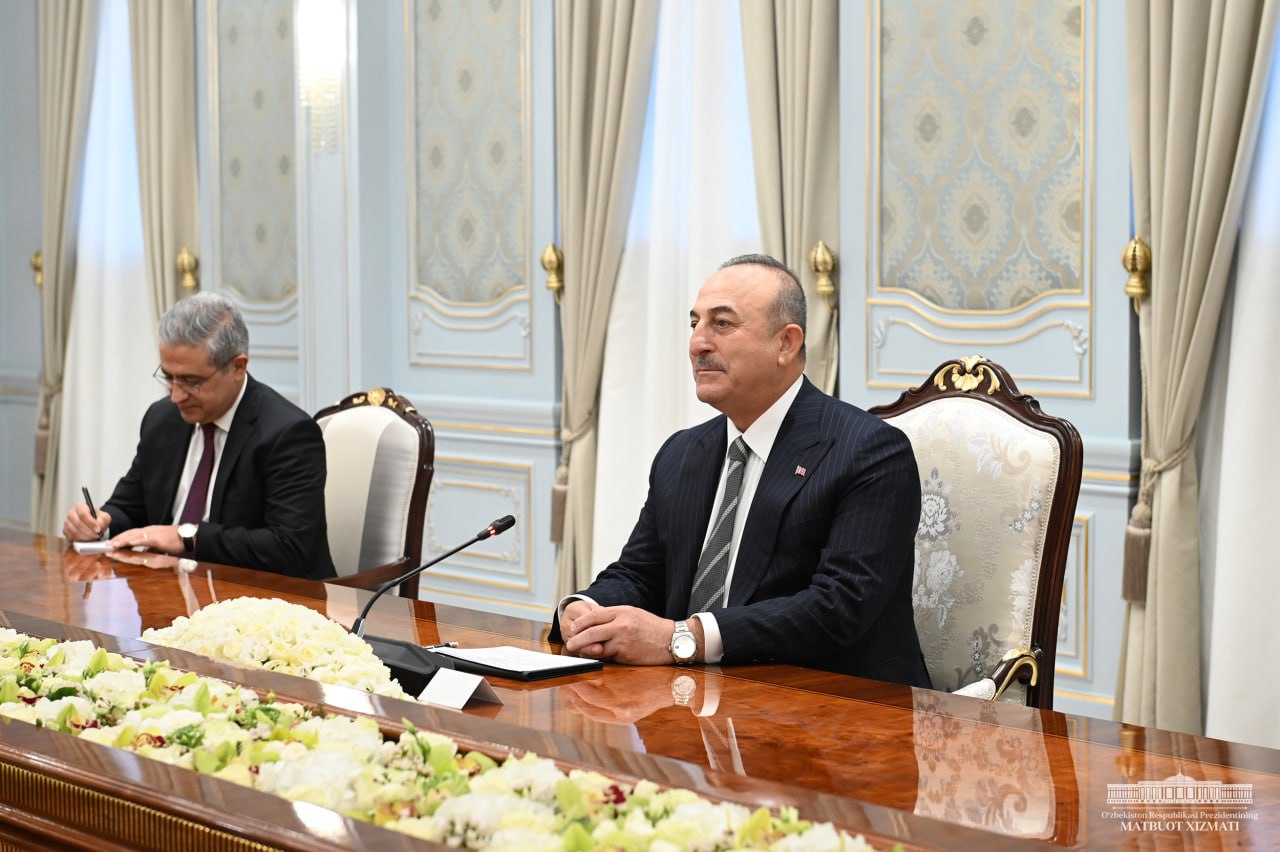 On January 24, the President of the Republic of Uzbekistan Shavkat Mirziyoyev received Turkish Foreign Minister Mevlut Chavushoglu, who arrived in our country to attend the meeting of the Council of Foreign Ministers of the member-states of the Economic Cooperation Organization.

At the start of the meeting, Foreign Minister Chavushoglu conveyed the greetings and good wishes of Turkish President Recep Tayyip Erdogan.

The President noted with great satisfaction the regular and productive contacts at the highest level, which contribute to the dynamic development of multifaceted cooperation.

The volumes of mutual trade turnover has been increasing, 370 new joint ventures set up last year. The frequency of regular flights between the two countries is growing.

A particular attention is paid to preparation and implementation of new investment projects with the participation of leading Turkish companies, including within the industrial cooperation and localization programs.

There was also an exchange of views on topical issues of the international and regional agenda. Issues of cooperation within the framework of multilateral structures, especially the Economic Cooperation Organization and the Organization of Turkic States were considered.