Topical Tasks for the Government and Ministries Identified 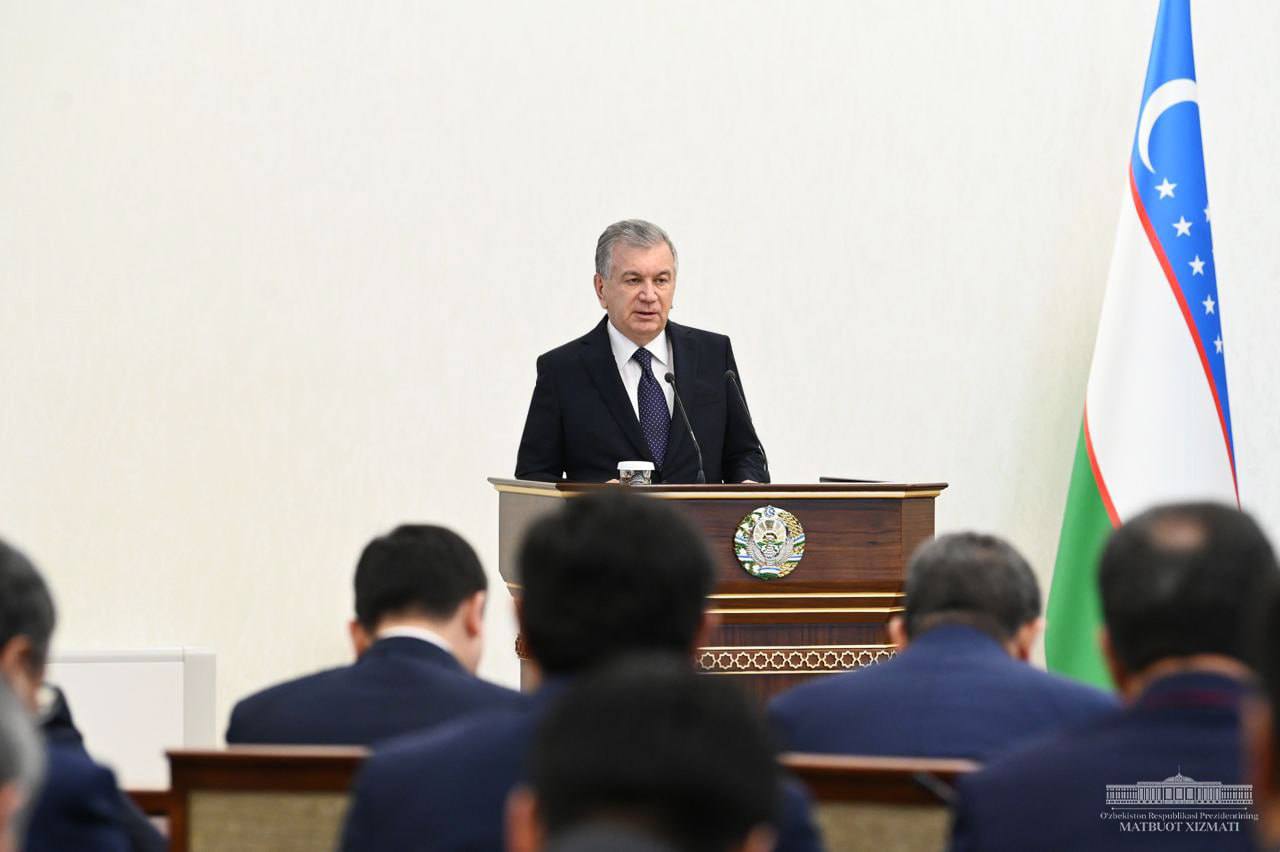 On December 30, a meeting chaired by President Shavkat Mirziyoyev, was held to discuss changes in the structure and system of the government and the most important tasks for the country's socio-economic development in 2023.

At the beginning of the meeting new appointments to the posts of Deputy Prime Minister and ministers made in accordance with the decrees and resolutions of the President were announced. They outlined urgent issues to be addressed in their subordinate spheres and industries, as well as their responsibility to the people.

It was stressed that despite a difficult year positive results were achieved in the economy. In particular, gross domestic product has increased by more than 5% this year. The volume of exports has risen by 14% and amounted to $19 billion. The foreign direct investments attracted in the economy reached $8 billion.

The increasing level of employment and improving living standards of the population remain the key priority areas of the social development. This year, for the first time in our history, pensions and social benefits reached the level not less than the minimum consumption expenditure. Significant resources were directed to improving the infrastructure of makhallas and resolving the issues that were disturbing the population for many years. The social support is provided to more than 2 million low-income families. Educational and medical institutions, drinking water supply networks and roads are being built in the regions.

The tasks to ensure stable economic growth next year were discussed at the meeting. In particular, the target have been set to achieve a growth in industrial output by more than 5%, agriculture by 3%, and services by 14%.

The Ministry of Economy and Finance was instructed to improve the business environment, widen the tax base, increase the purchasing power of the population.

The Ministry of Investments, Industry and Trade has been tasked to increase the productivity in major industries, explore the potential of non-industrial areas and engage their “growth points”. It was emphasized that only investments and exports can drive the economy forward, and it is necessary to increase the volume of exports to more than $23 billion next year. It was noted that more than 300 projects with a total value of $8 billion, as well as 40 new major projects will be launched.

The measures to improve passenger transportation services, develop a digital road map, enhance the services on the roads have been identified in the sphere of transport.

A particular attention was paid to the issues of improving the quality of education, science, tourism, culture and sports. The need to eradicate corruption in healthcare and pharmaceuticals, systematic work with patients seeking public assistance was highlighted.

“Ministers must work tirelessly on themselves, change themselves and the whole system. We all need to work hard, selflessly, with a sense of involvement and love for the people. Our ultimate goal is to make our people happy”, said the President.

At the meeting, held in a critical spirit, the shortcomings of this year were noted and appropriate measures were identified.