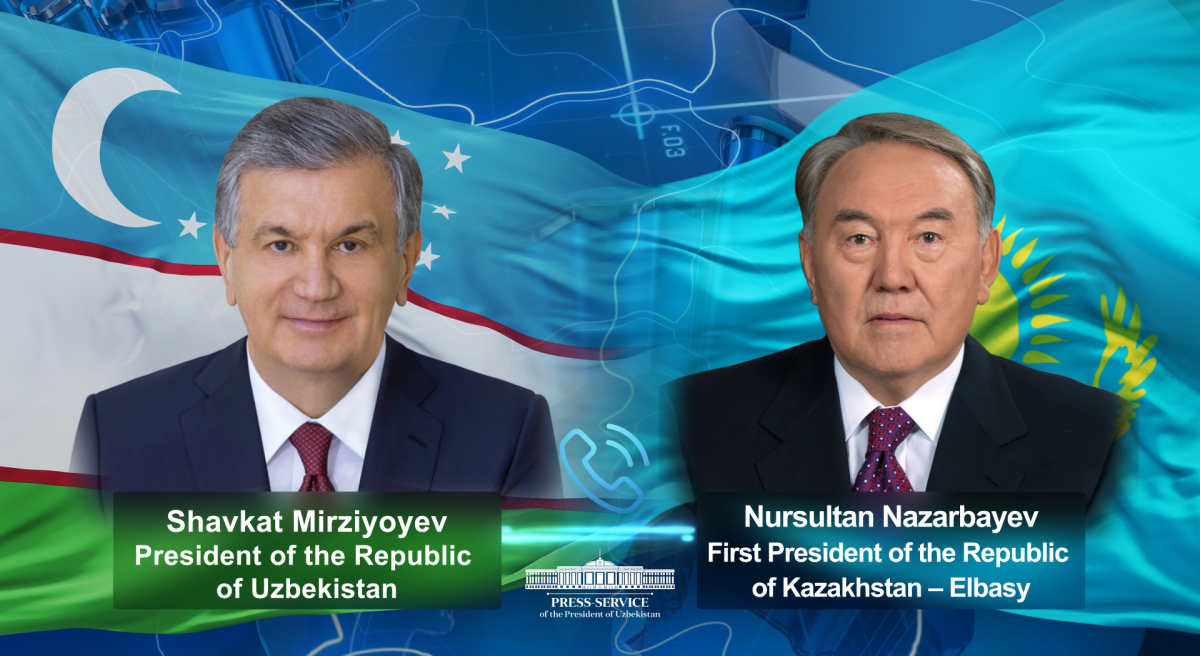 The President has warmly congratulated Elbasy on his birthday and sincerely wished him a sound health, well-being and great success, as well as peace and prosperity to the brotherly people of Kazakhstan.

The special role of Nursultan Nazarbayev in the formation of modern Kazakhstan and increasing the country’s authority in the international arena, his great contribution to strengthening the Uzbek-Kazakh relations of good-neighborliness and strategic partnership, as well as ensuring stability and sustainable development in the region were emphasized.

The topical issues of multifaceted cooperation between Uzbekistan and Kazakhstan were discussed. The importance of further promotion of priority projects in the trade, industry, agriculture, transport and logistics, tourism, joint programs in the cultural and humanitarian sphere was highlighted.

The sides have also had an exchange of views on the regional agenda, especially in the context of the aggravation of the situation in Afghanistan.

They have considered the schedule of the forthcoming bilateral and multilateral events, including the next Consultative Meeting of the Heads of State of Central Asia, where the First President of Kazakhstan is an Honorary Chairman.

The conversation between the Leaders of the two fraternal countries took place in a traditionally warm, trusting and friendly atmosphere.