The Work Efficiency Held in Investment and Export Sphere Analyzed 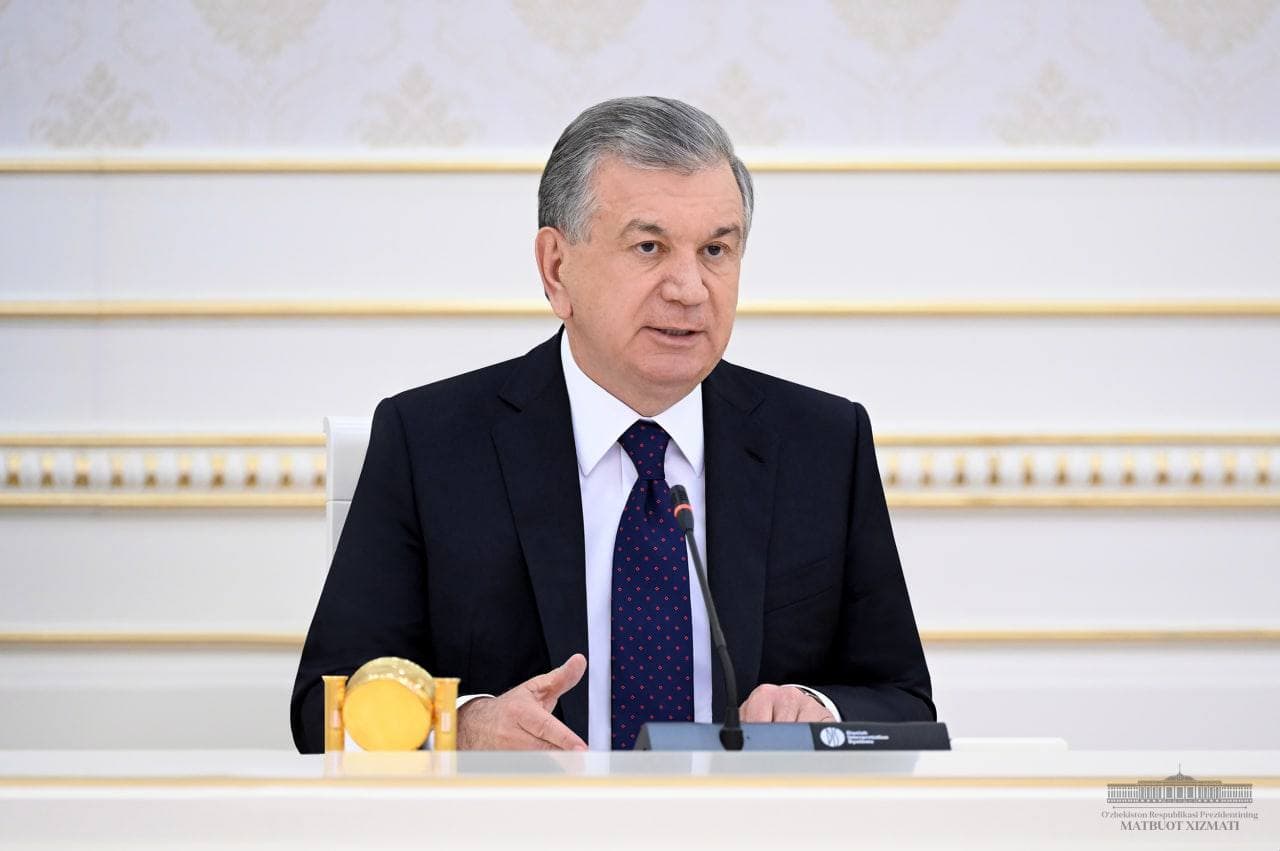 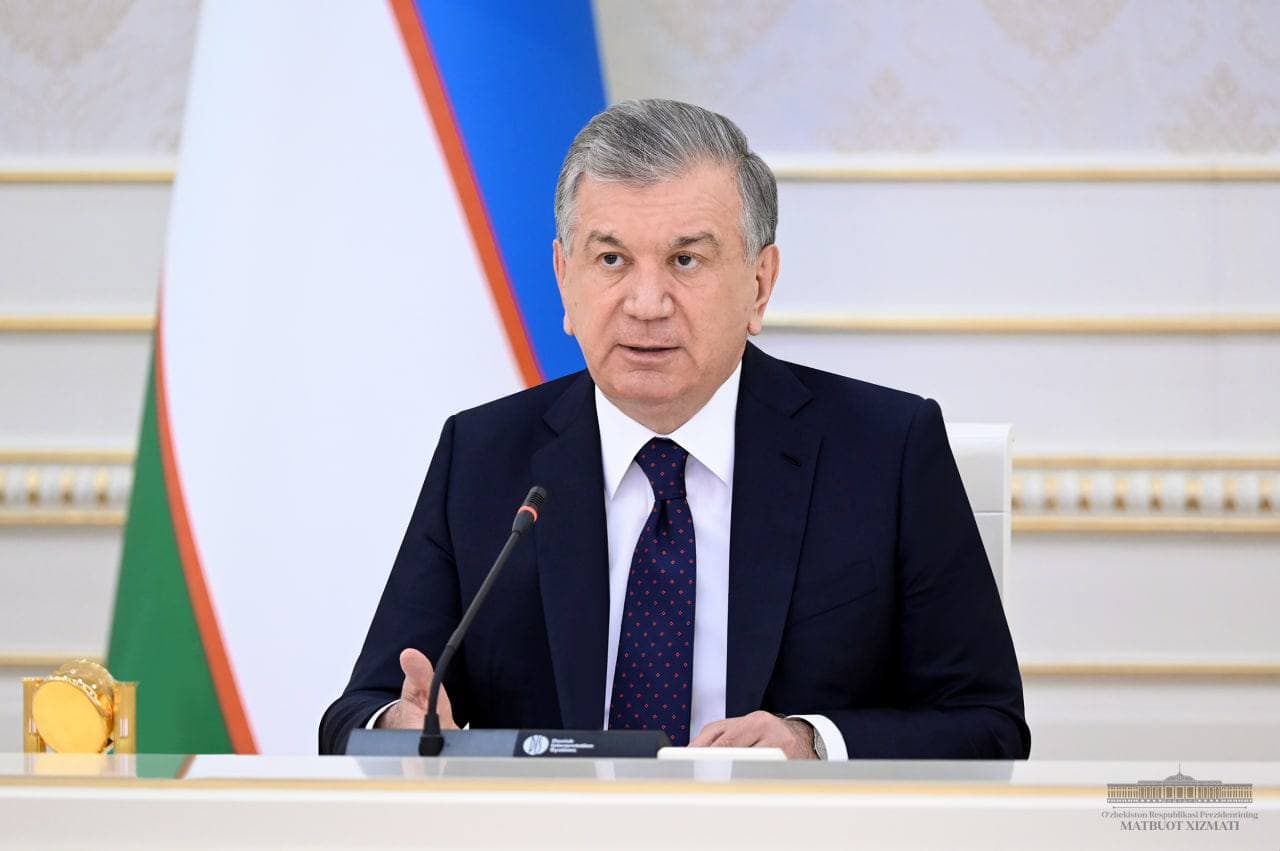 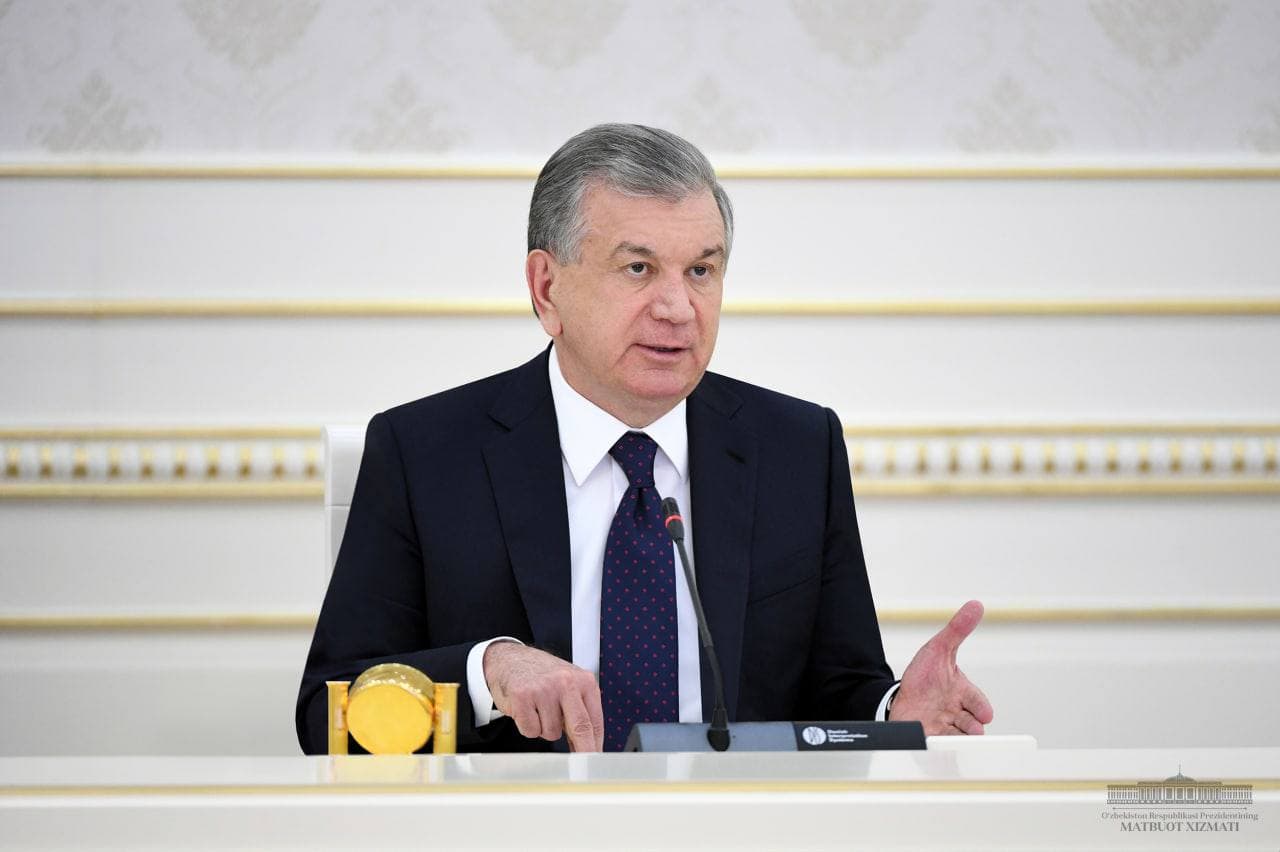 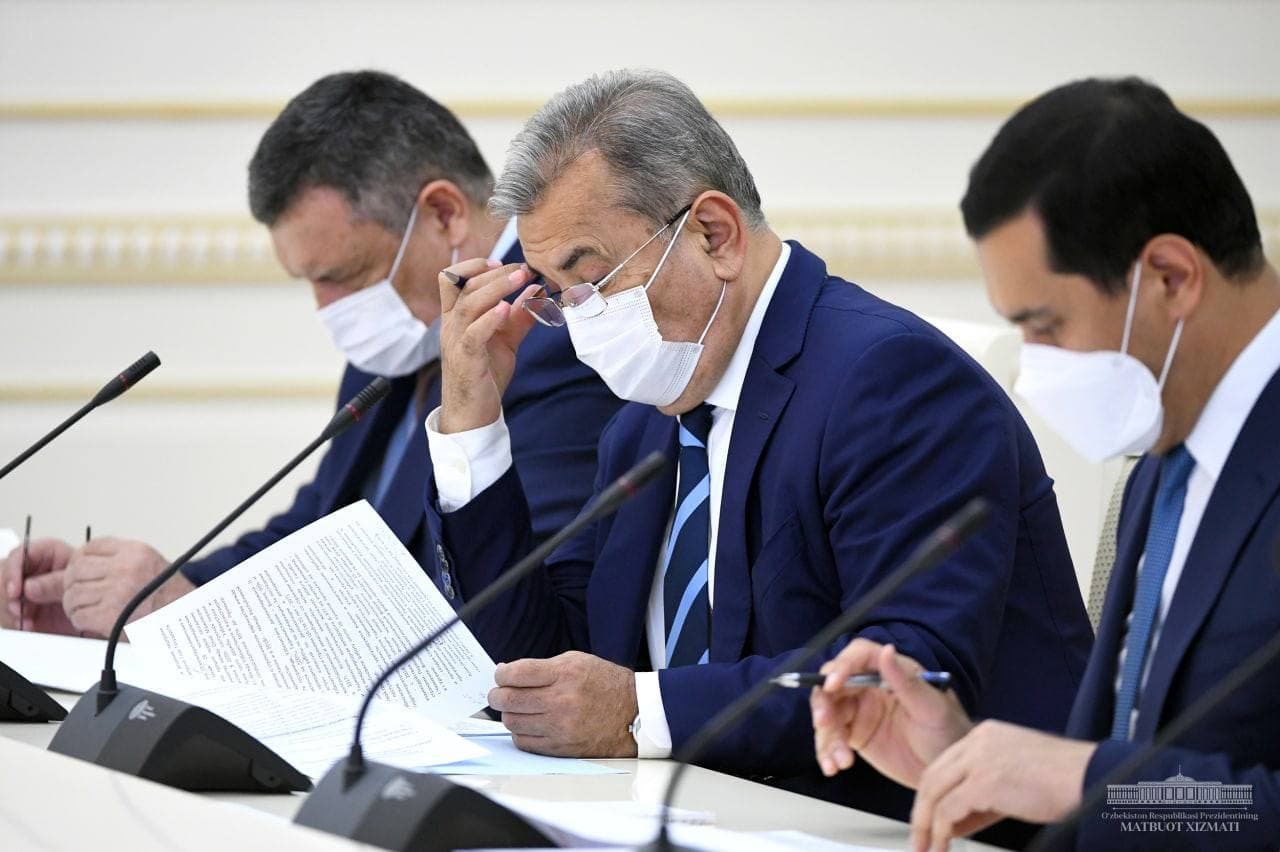 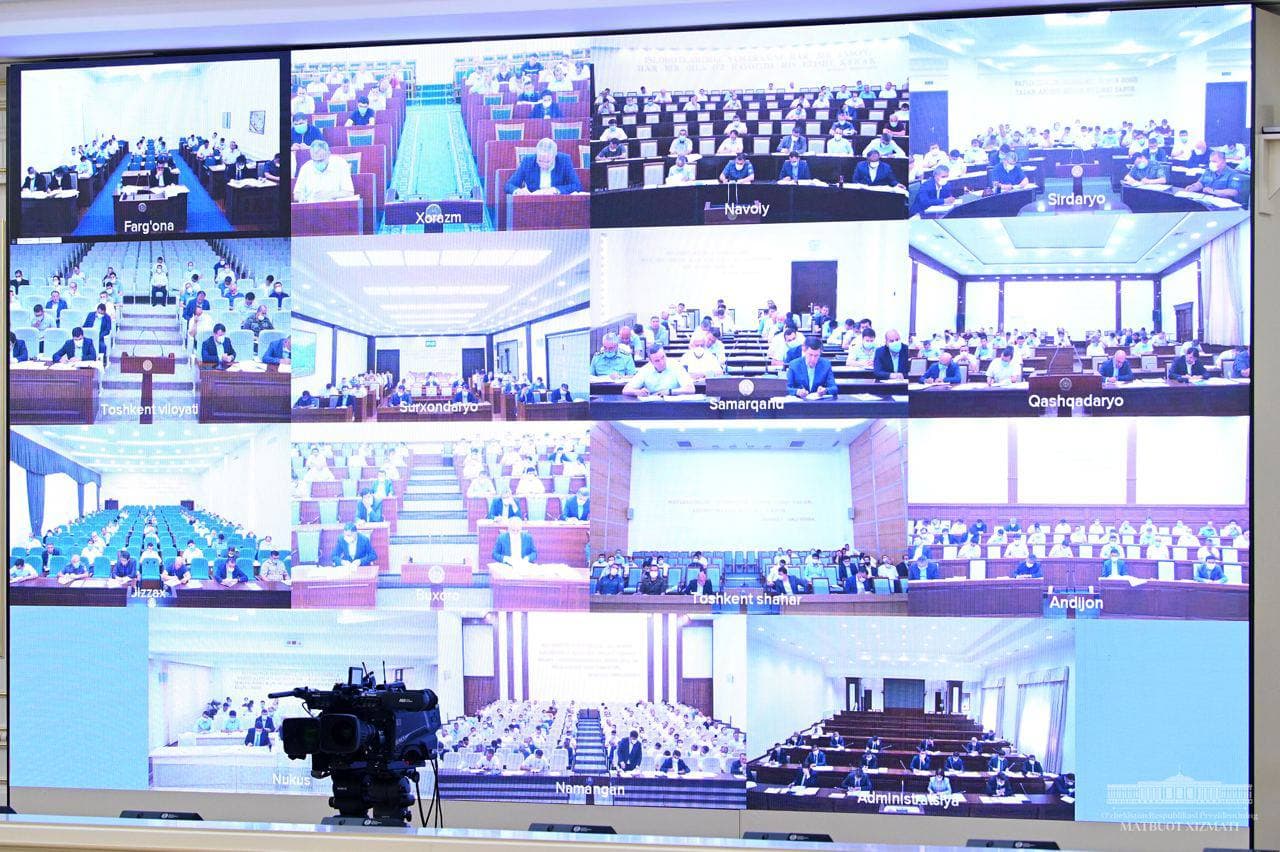 On June 24, the meeting on the effectiveness of the work carried out in the spheres of investment and export, as well as discussion of priority tasks for the period until the end of the year was held via videoconference. The meeting was chaired by the President Shavkat Mirziyoyev.

The active investment policy is being implemented for the purpose to develop the economy and infrastructure, finance important projects in our country. Since the beginning of 2017, 716 trillion Uzbek soums ($83 billion) have been disbursed from all sources, which is more than twice as much as in the previous period. Of these, about $27 billion was attracted from abroad.

Almost 65% of the assimilated investments are in the industrial and infrastructure projects. As a result, over the past 4 years, the share of industry in the structure of GDP of the country has grown from 25% to 33%, and the volume of industrial production has increased 1,3 times.

During this period, more than 47 thousand large, medium and small projects worth 441 trillion Uzbek soums were launched, more than 680 thousand permanent jobs were created.

In addition, over the past 4 years, 100 trillion Uzbek soums have been invested in the implementation of projects in the areas of local industry, agriculture and the provision of services.

The effectiveness of investments was deeply analyzed at the meeting.

«Every an attracted dollar should bring a positive result to our people, regions and industries. How many jobs can be created, how many exports can be carried out if the situation changes in the districts! Khokims (governors and mayors), who are not engaged in investment and export, do not have a future», - Shavkat Mirziyoyev said.

The analysis shows that for every allocated billion soums, 12 new jobs were created in Namangan Region, 11 were in Andijan 8-9 new jobs were created in Navoiy and Syrdarya Regions. This indicator was 6-7 in the Bukhara, Samarkand and Khorezm Regions, and 5 was and in Kashkadarya and Ferghana Regions. There are only 3-4 jobs in Karakalpakstan, Jizzakh, Surkhandarya and Tashkent Regions, in the city of Tashkent.

Another example: only 40 thousand new jobs have been created with foreign investments and bank loans for $950 million in the Tashkent Region over the past four years. The ratio is 24 thousand dollars per one workplace. At the same time, 52 thousand jobs were created in the Namangan Region with half the amount.

It was also noted that more than two thousand enterprises operate with low capacity, and the volume of production has decreased in some Regions.

The President has emphasized that the main task of the leaders of industries and regions should be to increase investment activity and at the same time increase the efficiency of investments.

The Ministry of Investments and Foreign Trade together with the Regional khokims (governors) were instructed to identify the untapped opportunities for the industry in each district and city, as well as to develop targeted investment projects.

Thus, there is a huge demand for furniture and there are conditions for its production. The Decree of the President of the Republic of Uzbekistan «On measures aimed at the development of the furniture industry in the regions of the republic» from June 21 of this year expanded opportunities in this area. The districts of Nukus, Andijan, Altynkul, Romitan, Karshi, Karmana, Pastdargom, Uzun, Bagdad, Urtachirchik and Khanki, the cities of Jizzakh, Karshi, Namangan and Yangier are specialized in furniture production. They will organize small zones of the furniture industry with the placement of 450 projects for $200 million and the creation of at least 7.5 thousand new jobs.

In addition, 1,5 thousand out of more than 5 thousand furniture enterprises operate as guild houses in the country. Now they can reach the industrial level, produce more products and hire more workers.

The instructions are given for the implementation of similar projects in the leather and footwear, electrical engineering, textile, pharmaceutical, jewelry, food industry and the construction materials industry.

The issues of effective use of empty buildings were also discussed at the meeting.

In recent years, the activity of eleven thousand such facilities has been reconstructed. In particular, a small industrial zone has been organized at the former enterprise «Andijanmash», 24 new enterprises and more than a thousand jobs have been created. The next examples are a technopark in the city of Tashkent and a Mechanical plant in Ferghana.

However, today another 19 thousand sites are idle and working with a low load. The responsible executives were instructed to conduct a full inventory, create an electronic platform, and provide practical assistance to entrepreneurs in the implementation of projects.

This year, it is planned to launch 226 major industry and regional projects for $6,5 billion and create 35 thousand new jobs this year. Their implementation was also considered at the meeting. The projects whose implementation is late are instructed about and the measures for their timely launch are defined.

The need to increase the efficiency of projects with external government borrowing is emphasized.

The instructions are given to ensure the transparency of bids and save money through the optimization of projects.

The President instructed to attract these funds to sectoral and regional projects.

The implementation of forecast indicators for exports was considered at the meeting. The importance was noted to fully use the opportunities in this area, to make up for the decline caused by market conditions, through the export of products from other industries and an additional volume of goods.

Deputy Prime Ministers, the leaders of industries and regional khokims (governors) reported on the effectiveness of investments attracted over the past four years, as well as on measures to be taken in the future.