Flowers Laid at the ‘Ode of Perseverance’ Monument 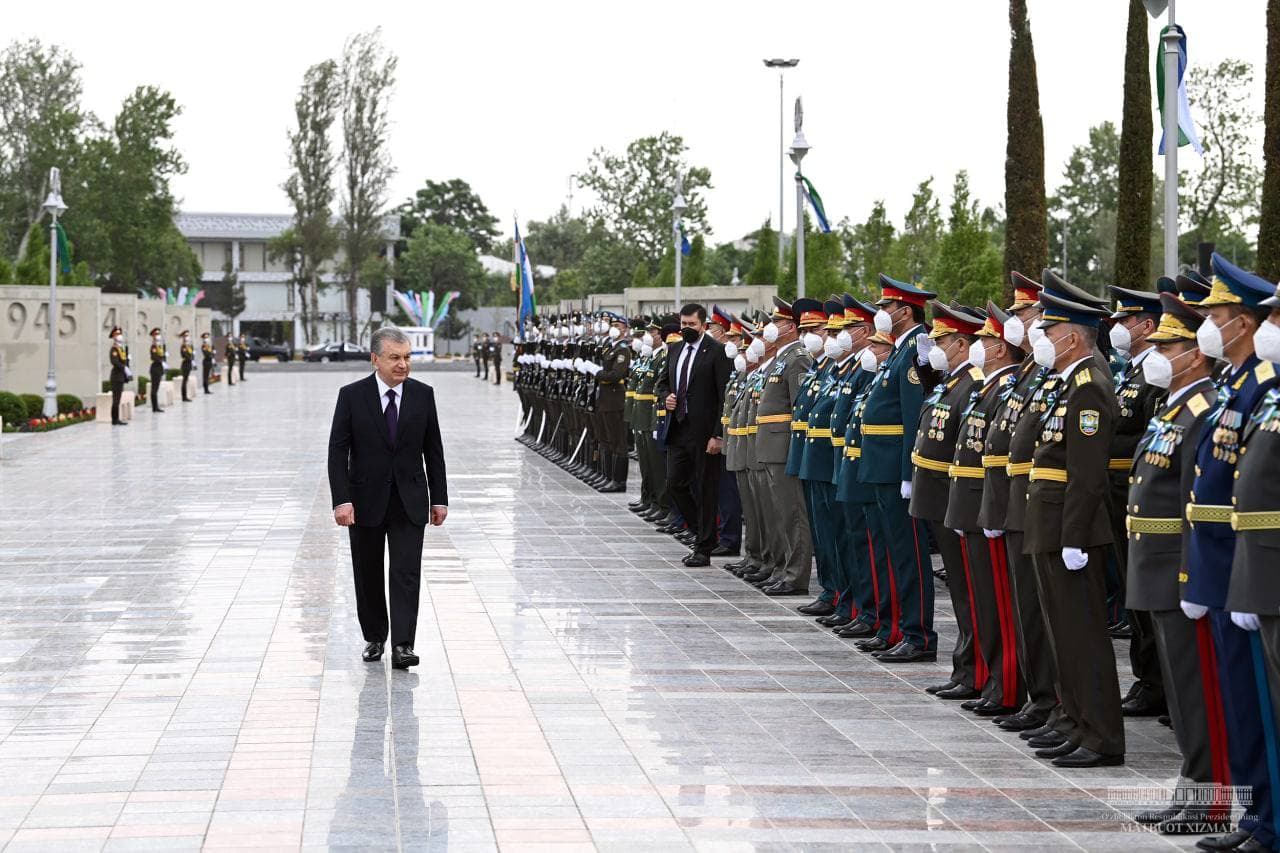 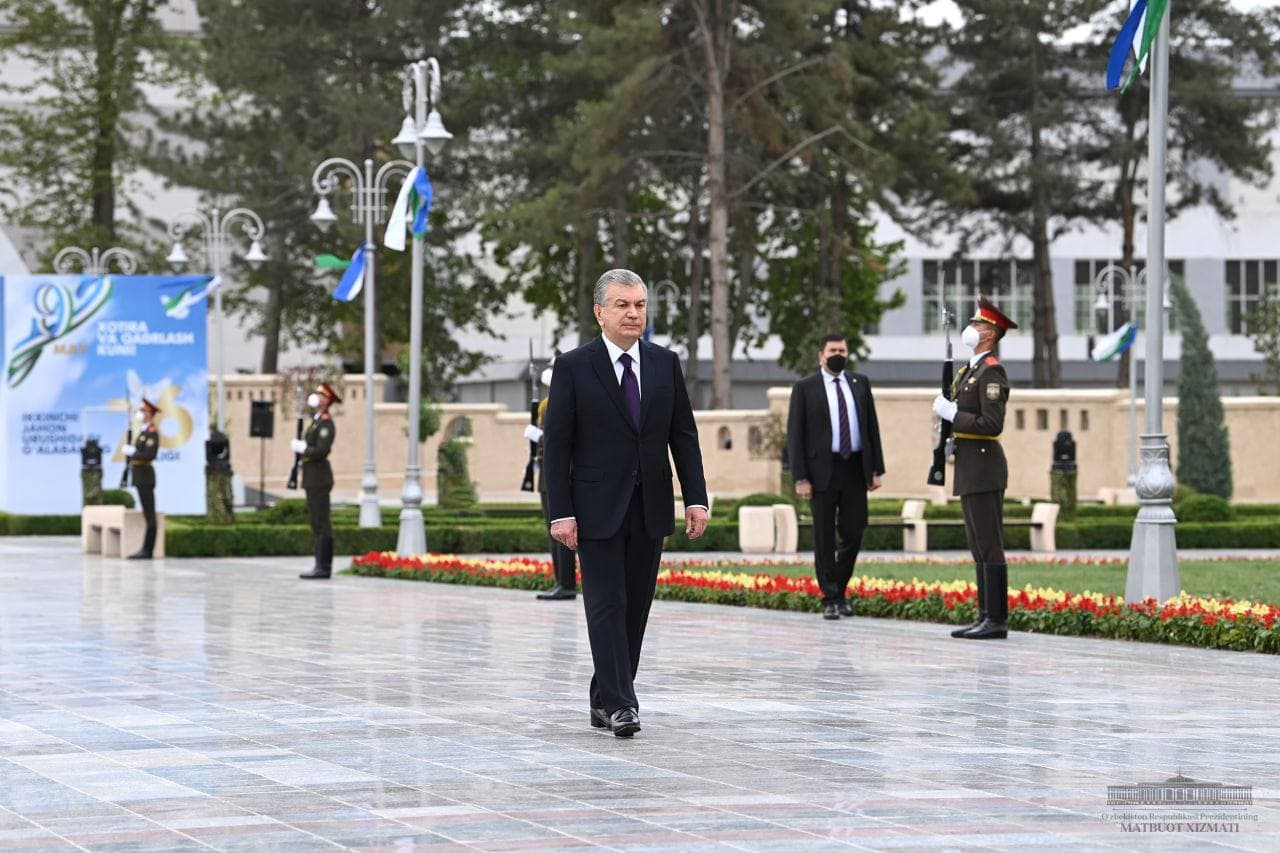 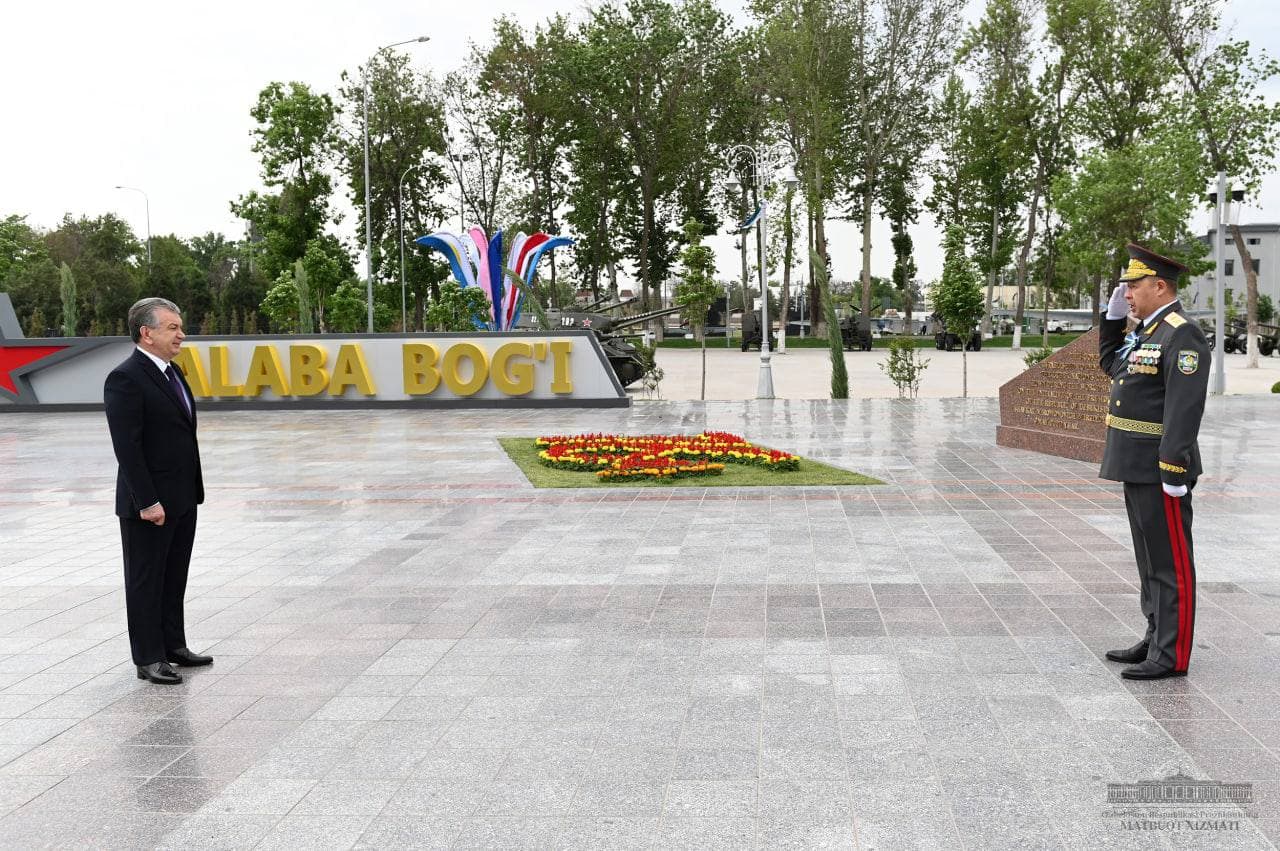 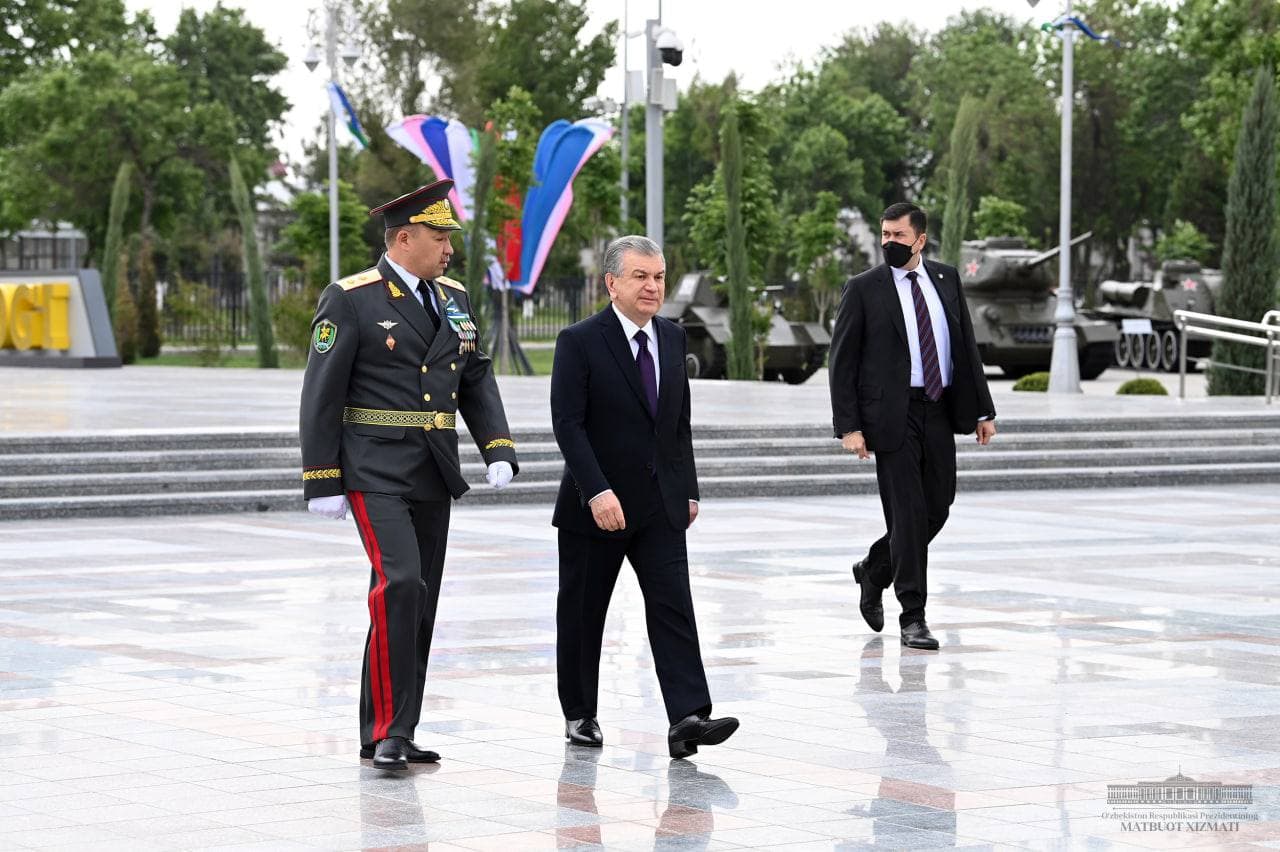 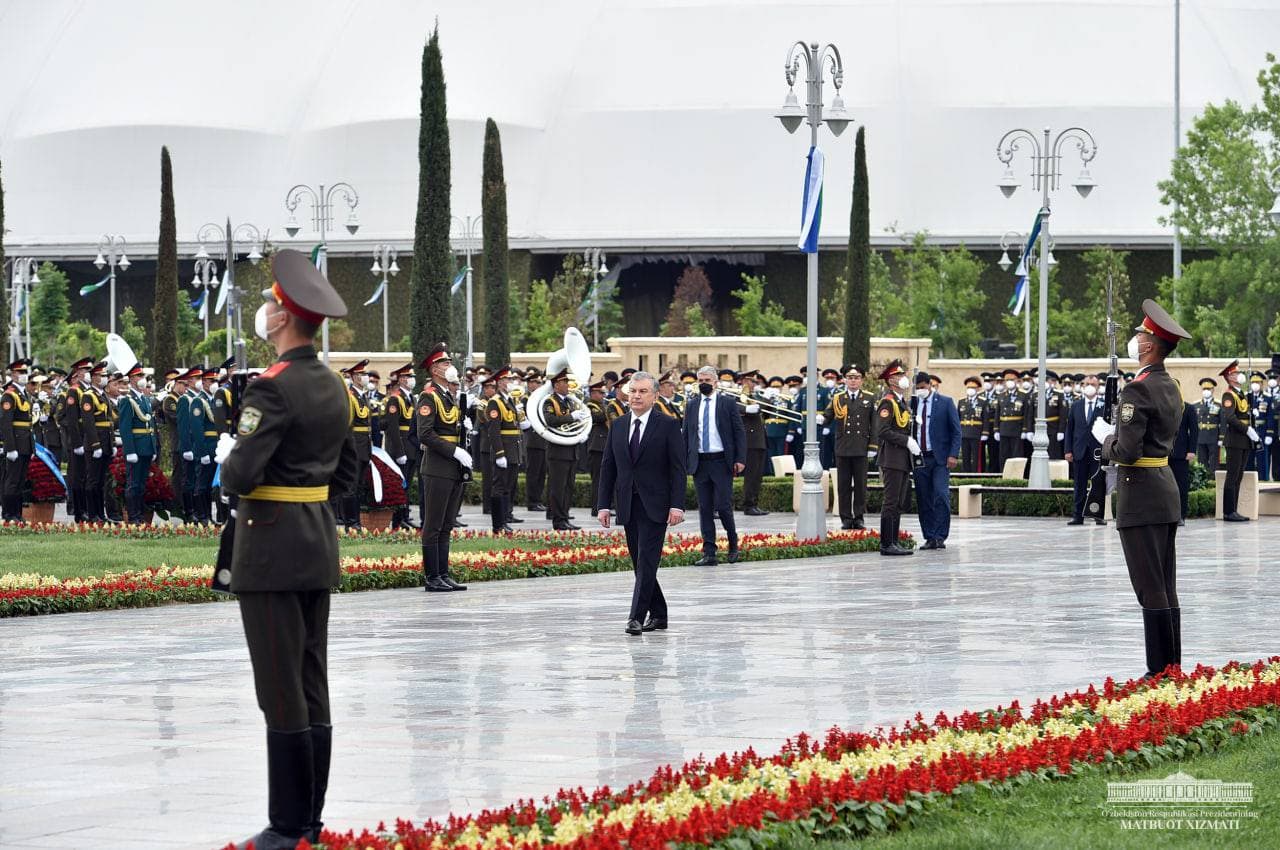 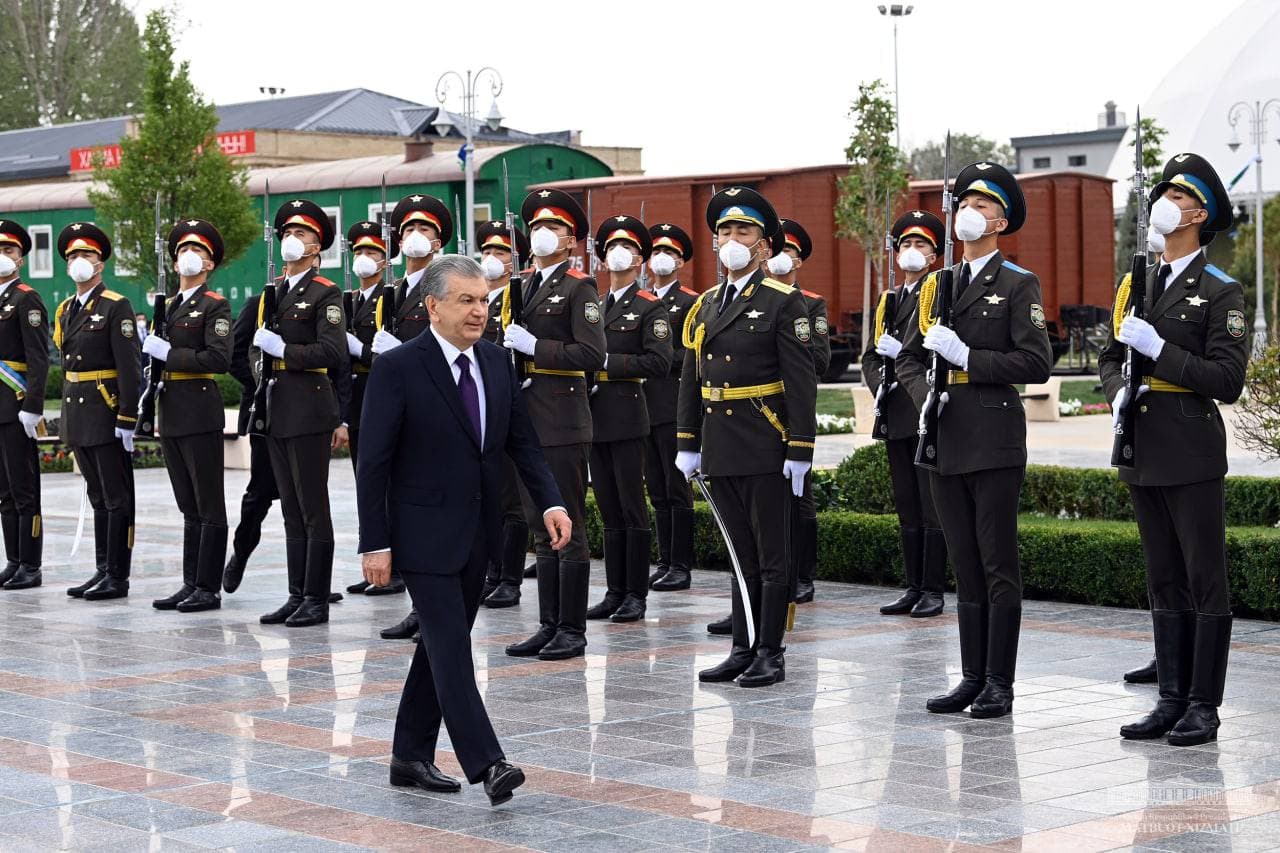 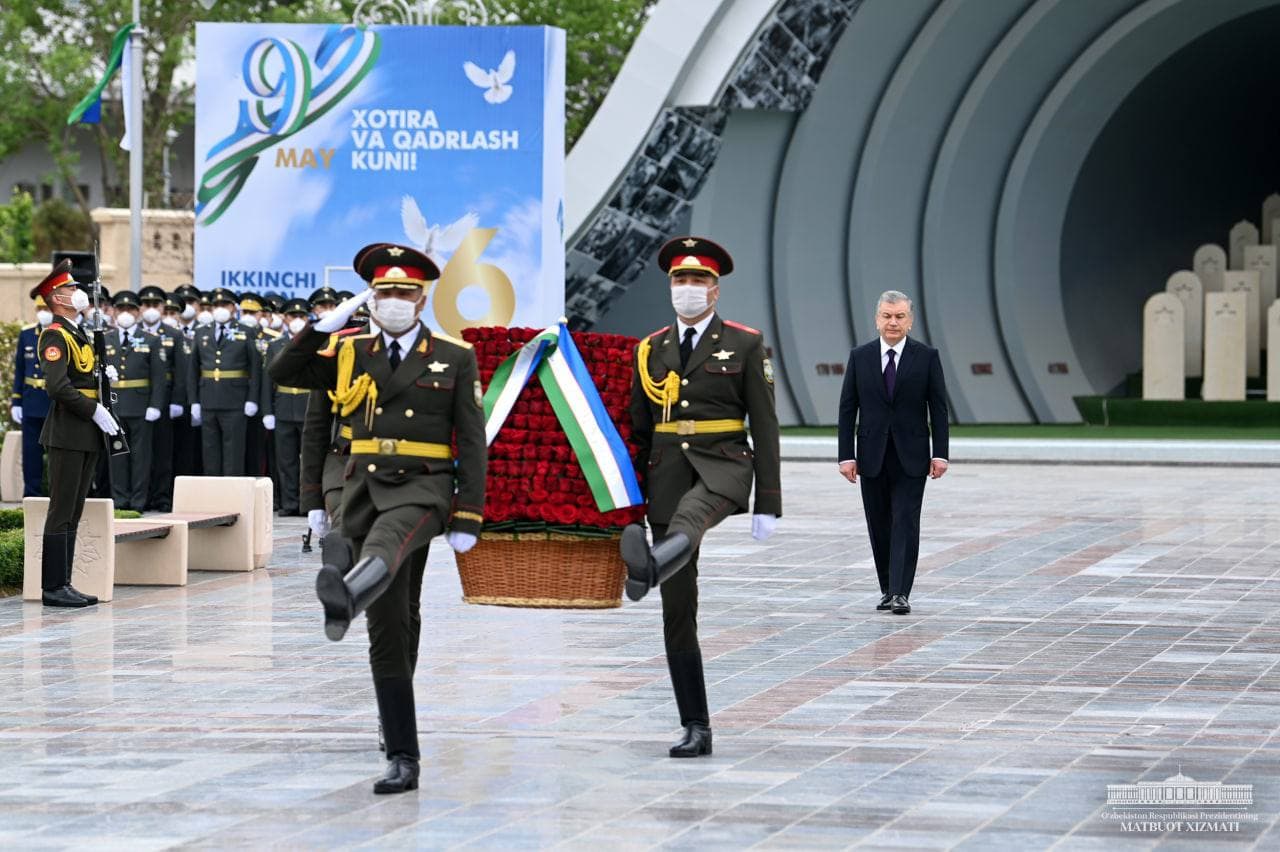 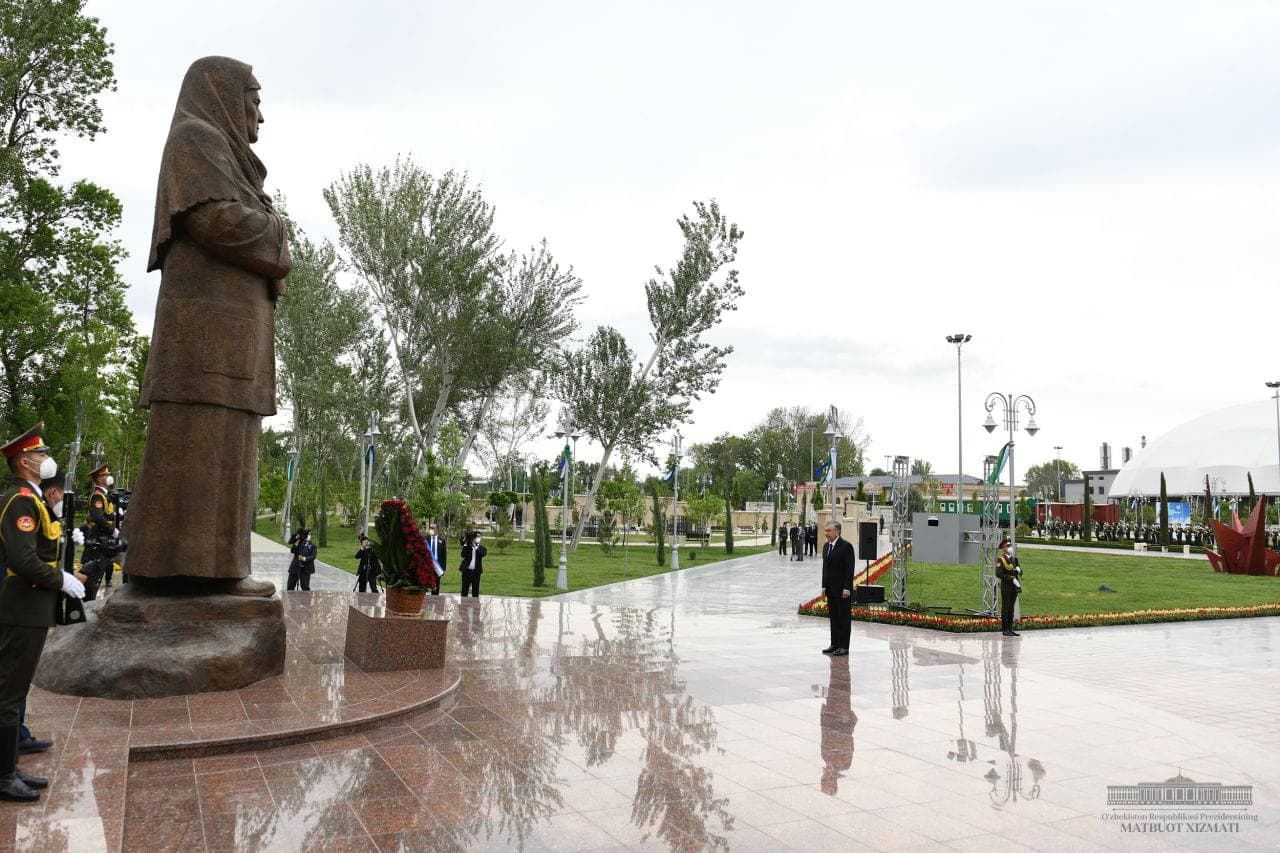 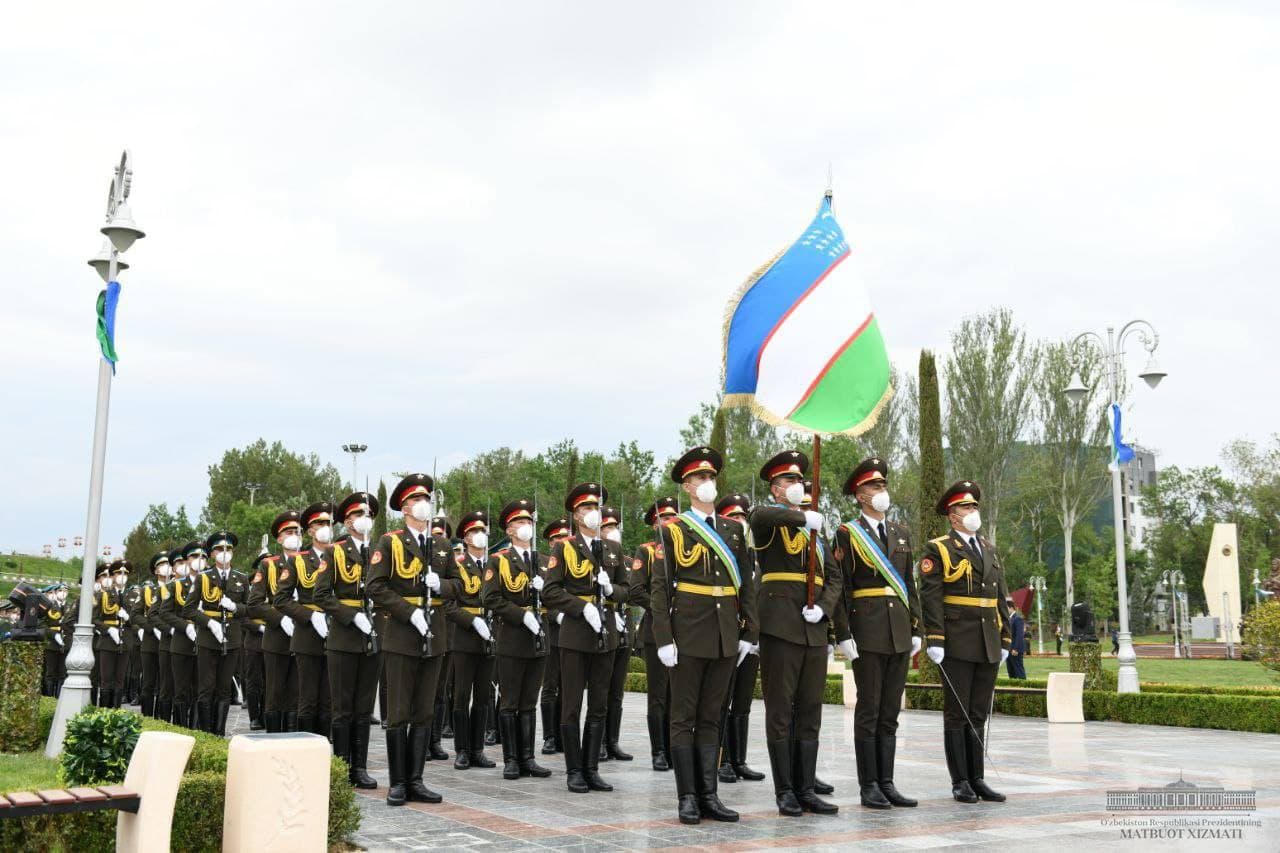 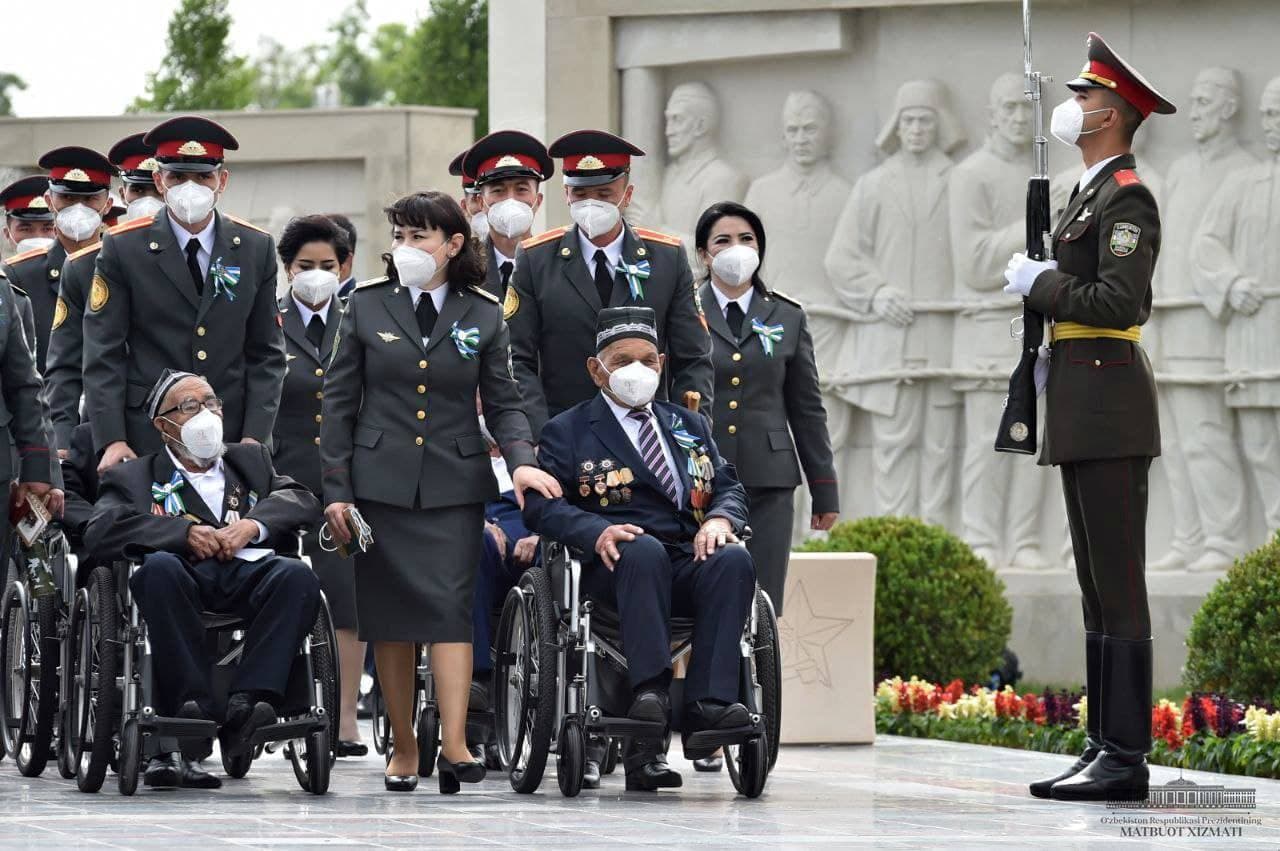 On May 9 the President of the Republic of Uzbekistan Shavkat Mirziyoyev visited the Victory Park.

The leadership officials of the ministries and departments that make up the Armed Forces lined up in the festively decorated park.

The President, the Supreme Commander-in-Chief of the Armed Forces, congratulated the participants on the holiday.

The military band performed the «Melody of Memory».

The President has laid flowers at the «Ode of Perseverance» memorial complex.

This monument was erected in memory of Zulfiya Zakirova, a mother who lost five sons during the World War II, and in memory of her daughters-in-law and grandchildren who were left orphans. Located in the center of the park, the monument is a symbol of the losses of our people and their immense contribution to the victory in the war. Laying flowers at the monument is an expression of high consideration for all mothers of Uzbekistan.

The representatives of the ministries and departments of the Armed Forces also laid flowers at the foot of the monument.