President: ‘It Is Time to Create A New System of Teaching Foreign Languages’ 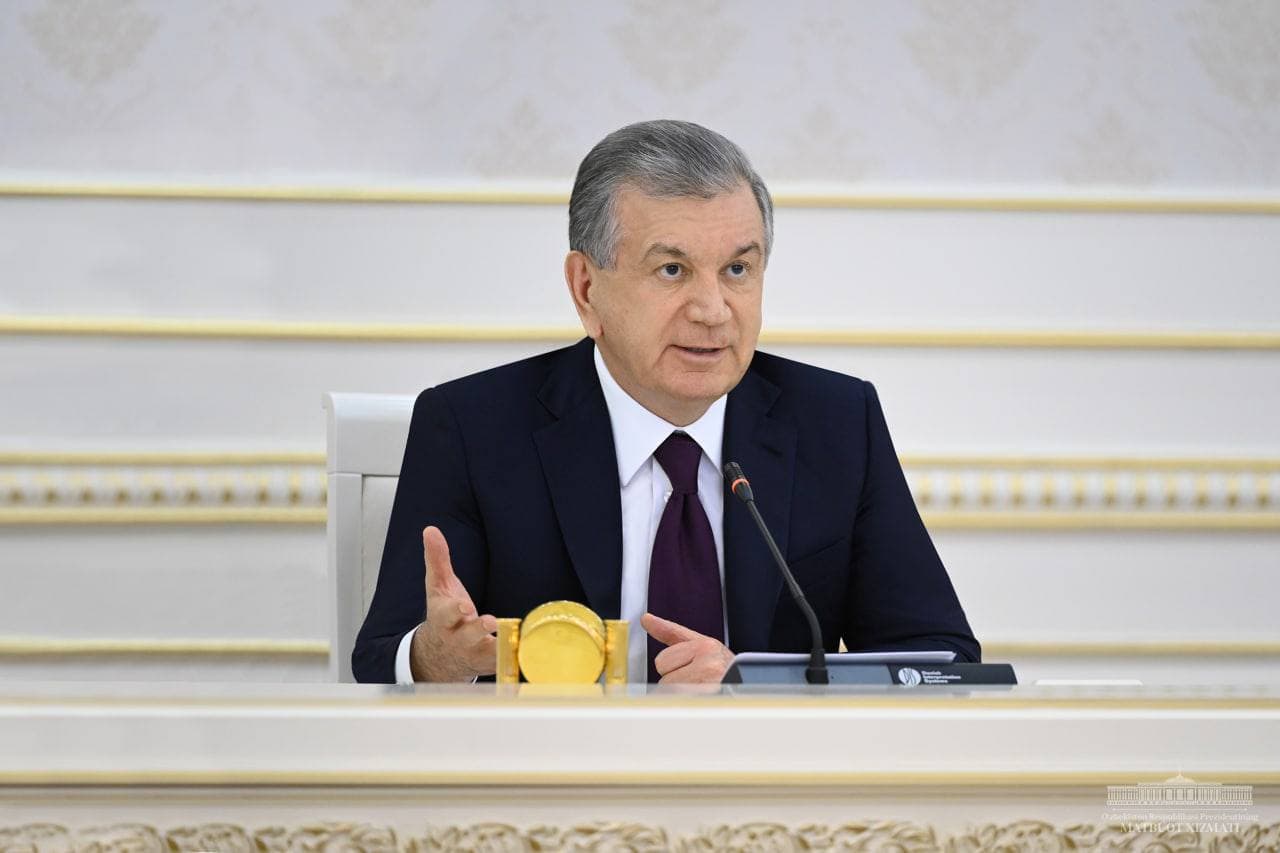 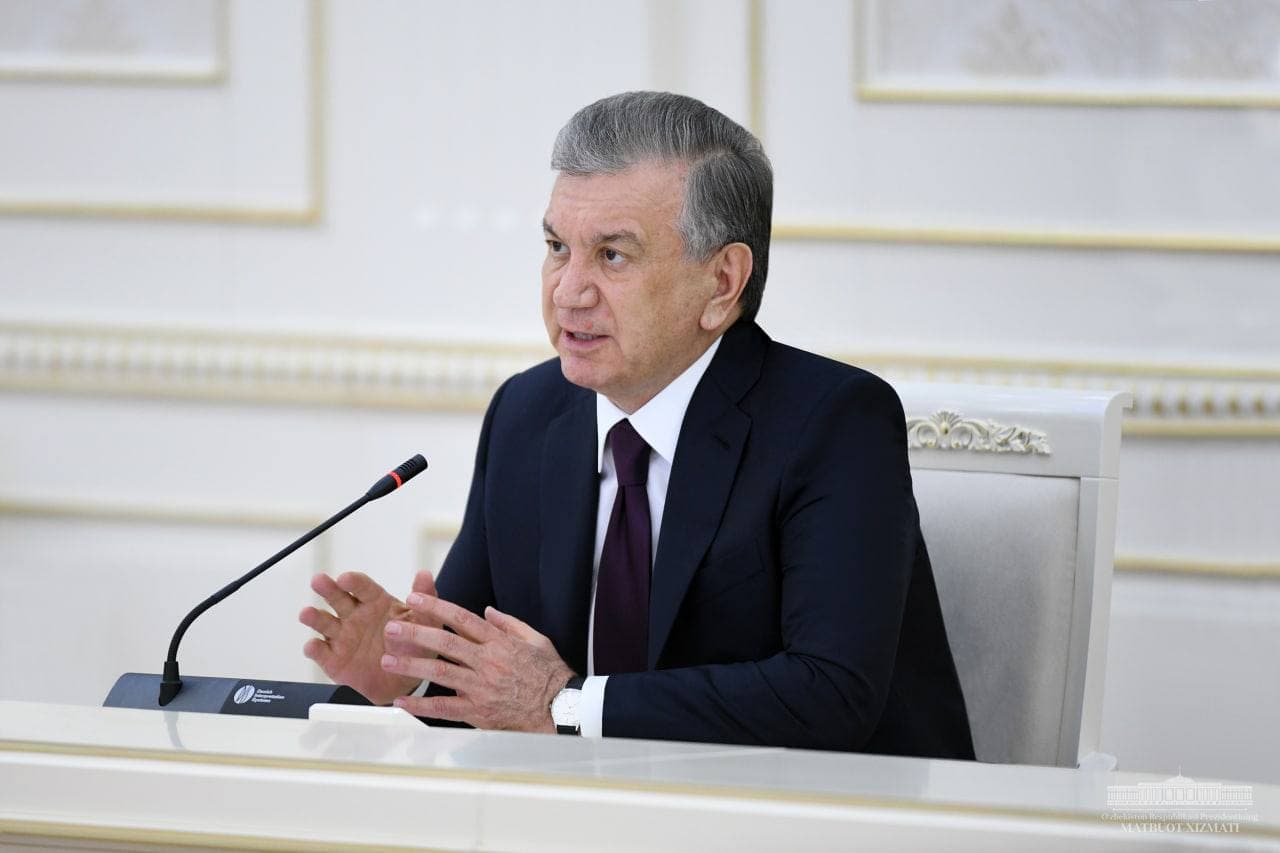 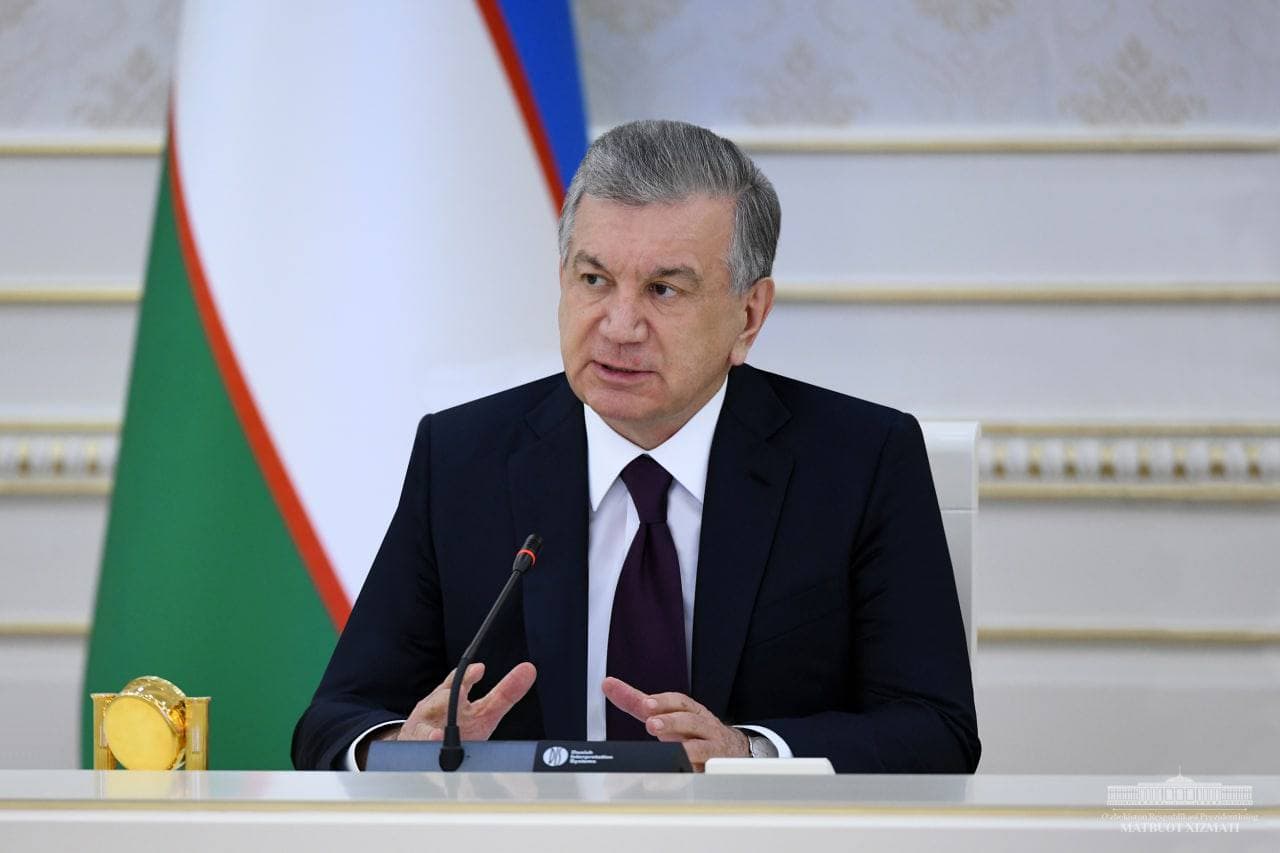 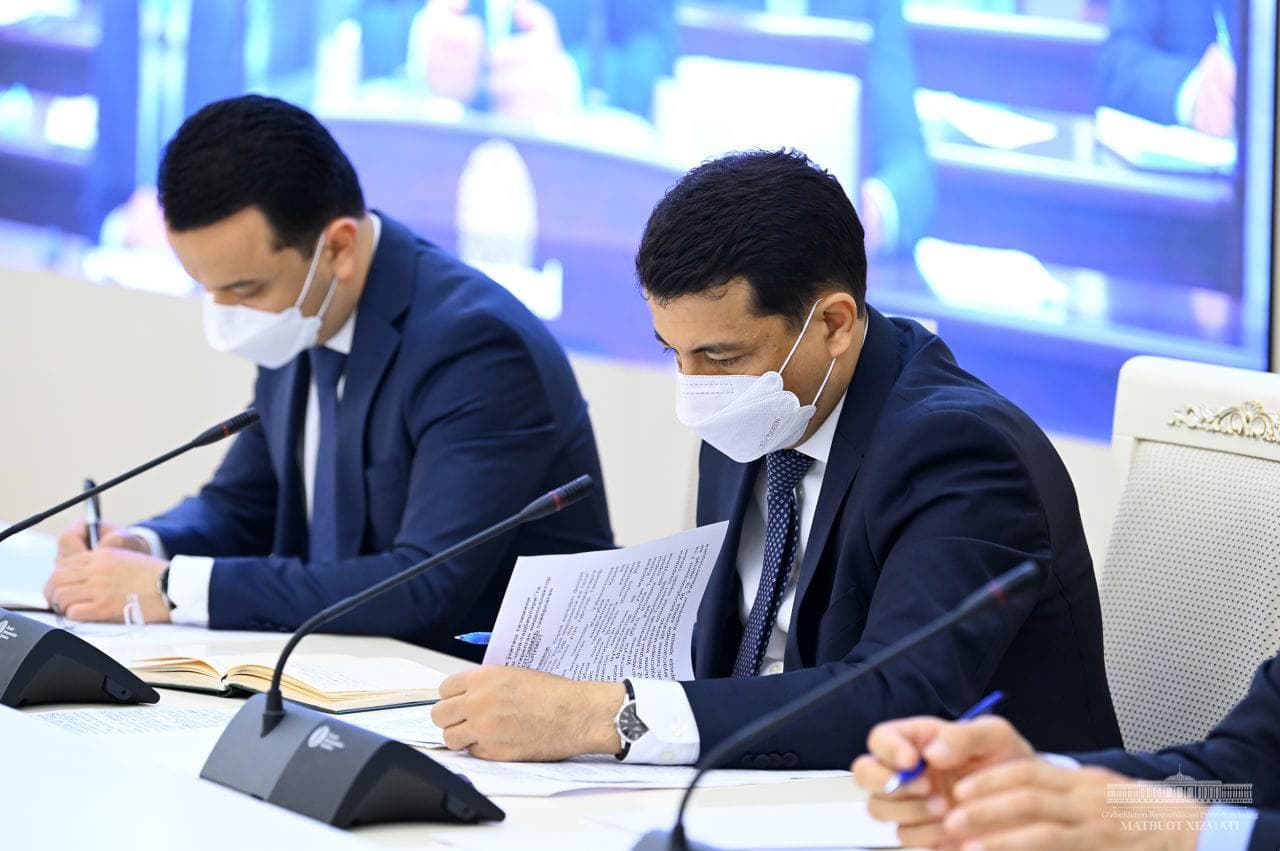 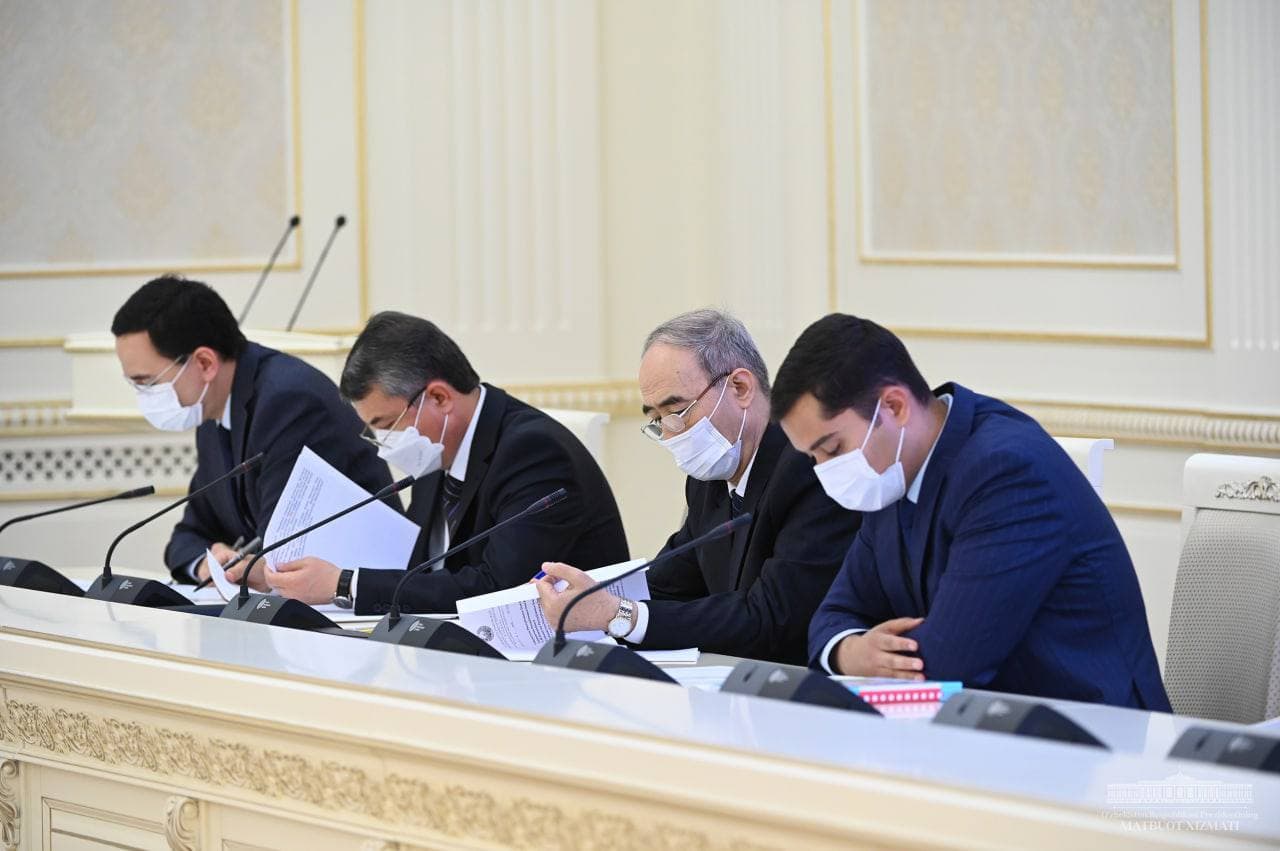 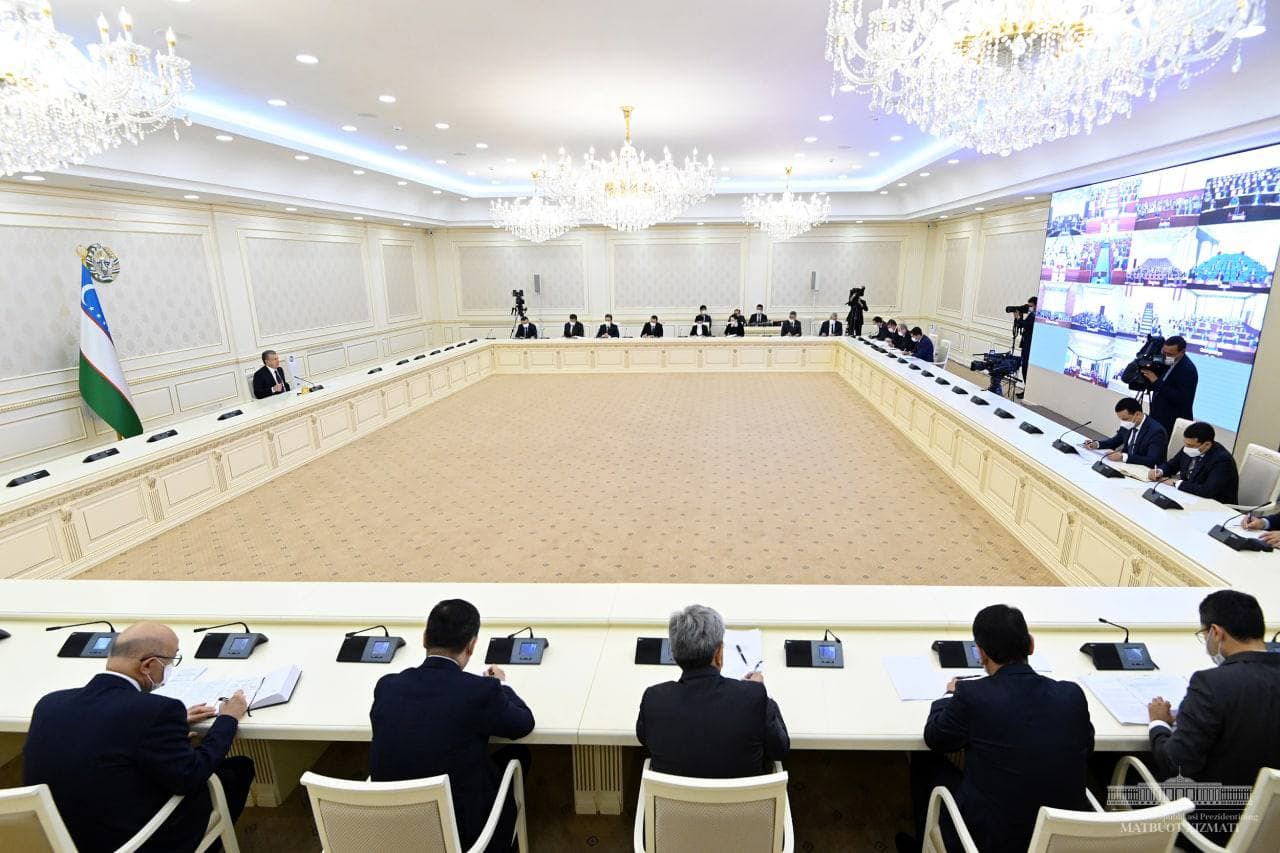 On May 6, a videoconference on measures to improve the system of teaching foreign languages was held under the chairmanship of the President Shavkat Mirziyoyev.

Annually in our country, several fields of knowledge are identified the development of which is given a priority. This year, physics and foreign languages have become such fields.

The policy of openness of Uzbekistan, active access to the world market, expansion of international cooperation in all fields increase the need for knowledge of foreign languages.

Today, the education in foreign languages is held at 25 universities of our country. In 2016, there were only 7 such universities. Over the past 3 years, the number of applicants who have received an international language certificate has increased tenfold.

This year, 350 students received scholarships to study at prestigious foreign universities through the «El-yurt Umidi» Foundation, which is five times more than in previous years.

However, the situation of the system of teaching foreign languages in the field does not allow us to effectively address the large-scale tasks set in this area. Thus, there are more than 2 thousand job vacancies of a foreign language teacher in the education system. The quality of language teaching at 1.4 thousand schools is estimated as extremely low. Only 4% of schoolteachers have national and international language certificates. In the Khanabad and Kuvasai towns, Zafarabad, Mirishkor, Turtkul, Sherabad and Uzun districts, there is not a single teacher with a certificate. 49% of teachers failed the certification test.

These and other issues in the field were comprehensively analyzed at the meeting. The priority tasks were identified.

«It is time to create a new system of teaching foreign languages in our country, which will become a solid foundation for the future. Since we set ourselves the goal of building a competitive state, from now on the graduates of schools, lyceums, colleges and universities must be fluent in at least two foreign languages. This strict requirement should become the main criterion for the work of the director of each educational institution», Shavkat Mirziyoyev said.

It was noted that an Agency to Promote the Study of Foreign Languages will be created under the Cabinet of Ministers.

The Agency will be engaged in the implementation of proven methods, programs and textbooks in the education system, organizing the education of at least 10 foreign languages based on the needs of educational institutions, industries and regions.

The Agency’s competence will also include the task of developing and implementing methods for ministries, departments and other employers that will allow employees to carry out the professional activities in foreign languages.

In general, the main activity of the Agency will be the development and implementation of methods, recommendations and textbooks for all categories of the population in the following chain: «kindergarten – school – higher education – enterprise».

In addition to the Uzbekistan State World Languages University, Tashkent State University of Oriental Studies and the Samarkand State Institute of Foreign Languages, one university in each region will be determined as the base for the study of foreign languages.

The President has emphasized the need to create decent conditions for teachers and encourage them based on their qualifications.

The goal is to introduce salary allowances of 40% for teachers who have received an international certificate at the primary and secondary levels, and 50% for those who have achieved a high level.

It was noted that over the next three years, all 53 thousand teachers of foreign languages in schools should receive an international certificate. The task is to fill the vacant positions at schools with qualified specialists.

207 schools in districts and cities, which will be specialized in advanced foreign language education, were selected. These schools will be given the freedom of choice of foreign origin books, advanced curricula and methods, and will be taught in a foreign language.

The regional khokimiyats (governors’ offices) were instructed to allocate 1 billion Uzbek soums of local budget funds to each district and city to improve the quality of teaching foreign languages at schools.

The President has proposed to establish a Presidential Award to determine the best schools that teach foreign languages.

The quality of education also depends on the textbooks and teaching aids, which must meet the international standards. Therefore, the task is to use the English textbooks from the Cambridge University Press at schools from next year, taking into account the results of their testing, which will be held at 200 schools. A similar work will be carried out concerning the textbooks in Russian, German, Korean, Chinese and French.

Each teacher of a foreign language will be allocated 1 million Uzbek soums from the budget for the purchase of new literature and manuals that will allow them to be aware of the latest changes in their field.

The Ministry of Pre-school Education has been instructed to develop and implement guidelines for teaching foreign languages to children under the age of 7 in cooperation with the UNICEF.

A special attention was paid to the training of specialists for the higher education system.

It was indicated that the level of foreign language proficiency in 78% of the university teachers is unsatisfactory.

It was noted that from the new academic year, the number of admission quotas for the study and teaching of foreign languages will be doubled – up to 16 thousand and the state scholarship will be tripled.

Along with this, starting next year, the requirement to have an international certificate will be introduced for those entering the master’s and doctoral programs. At higher educational institutions, the teaching of specialized subjects in a foreign language will be introduced gradually. The free use of foreign textbooks and manuals on natural and technical subjects will be introduced.

In order to increase the scientific and pedagogical potential in this area, 20 specialists will be sent abroad annually to study in doctoral studies by the «El-yurt Umidi» Foundation.

The importance of further strengthening the cooperation with such foreign organizations as the British Council, the Goethe Institute, the French Alliance, KOIKA, JICA, the Confucius Institute, and expanding the network of non-governmental educational centers was emphasized.

It is indicated that it is necessary to encourage the language learning in every ministry, department, state-owned company and large private enterprises, introduce a special day for learning foreign languages in them and create the necessary conditions for this.

The instructions were also given to create video tutorials, educational films and programs, as well as develop the electronic programs.

The officials and teachers expressed their opinions and suggestions on the issues discussed at the videoconference.