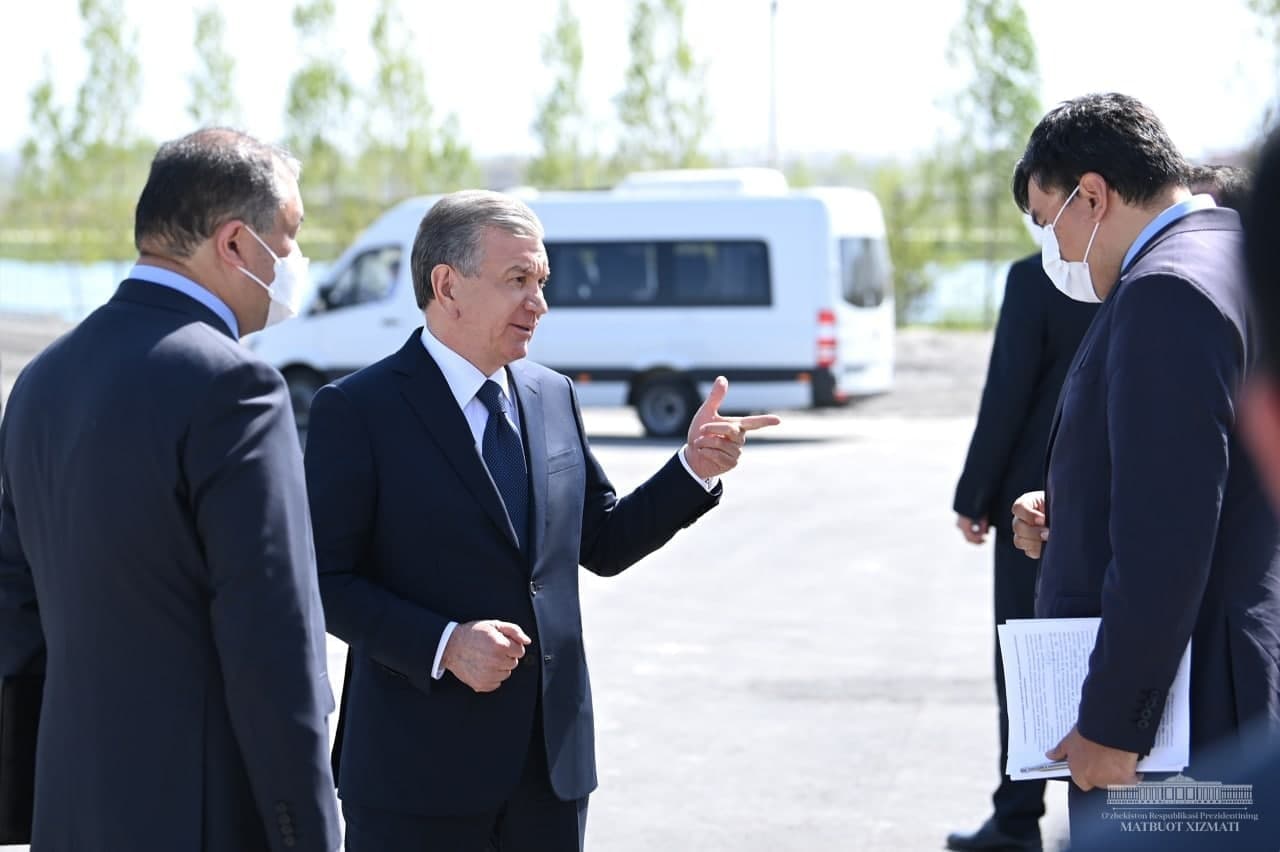 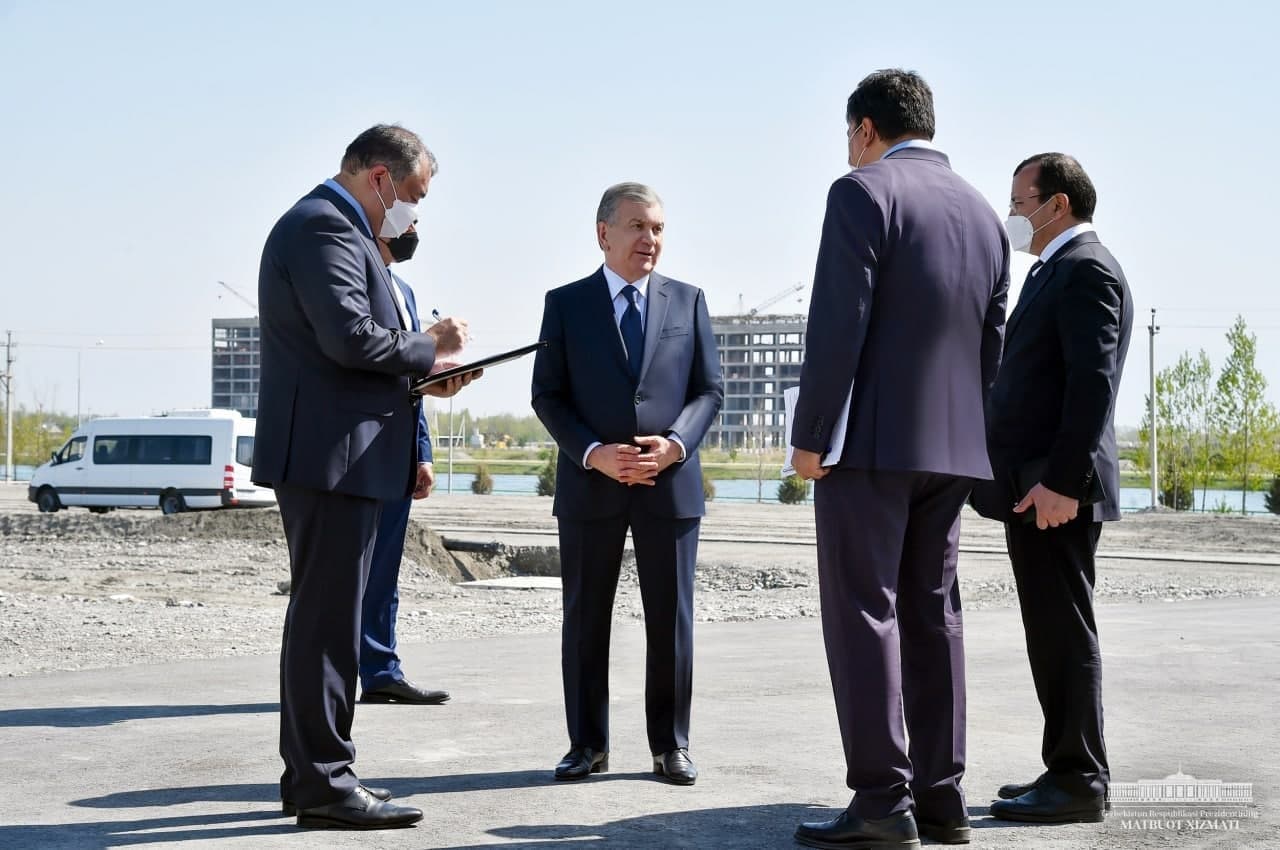 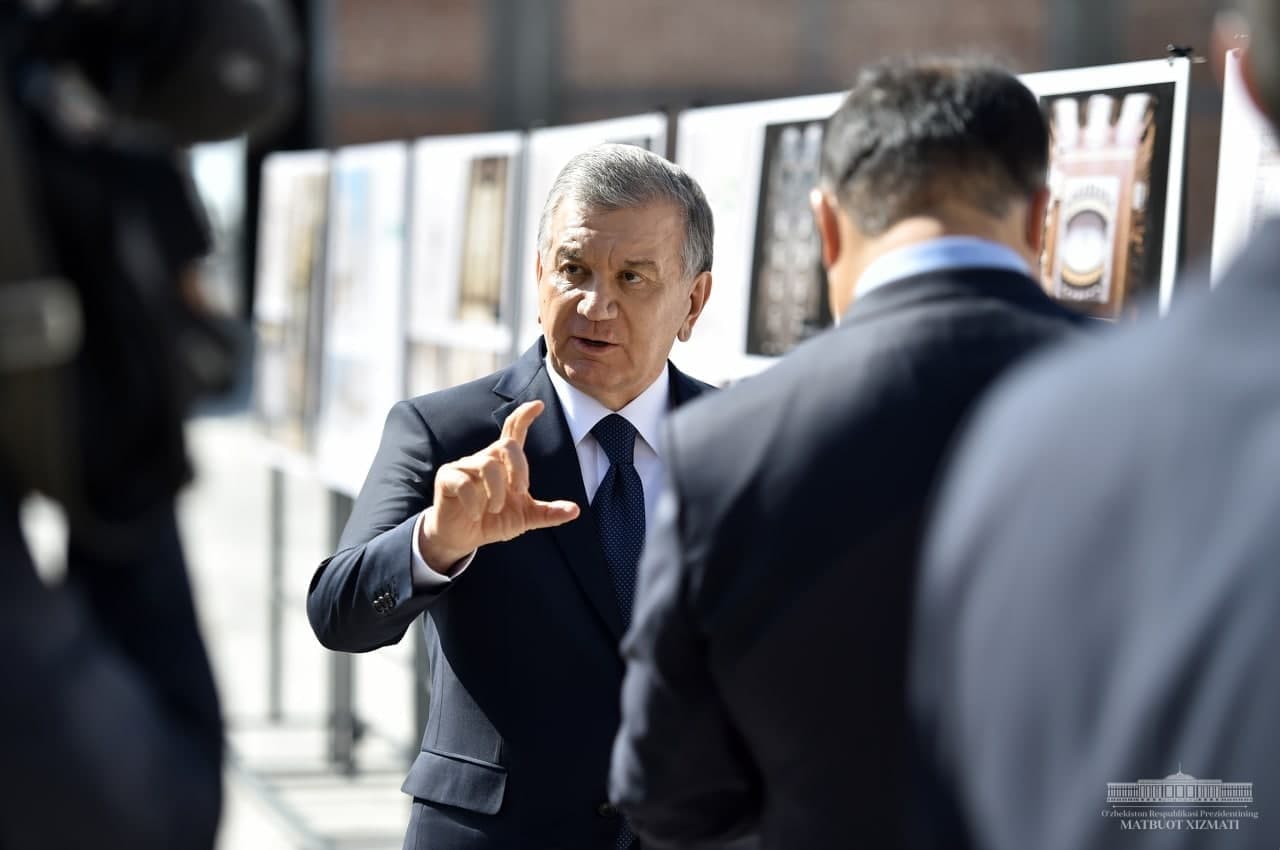 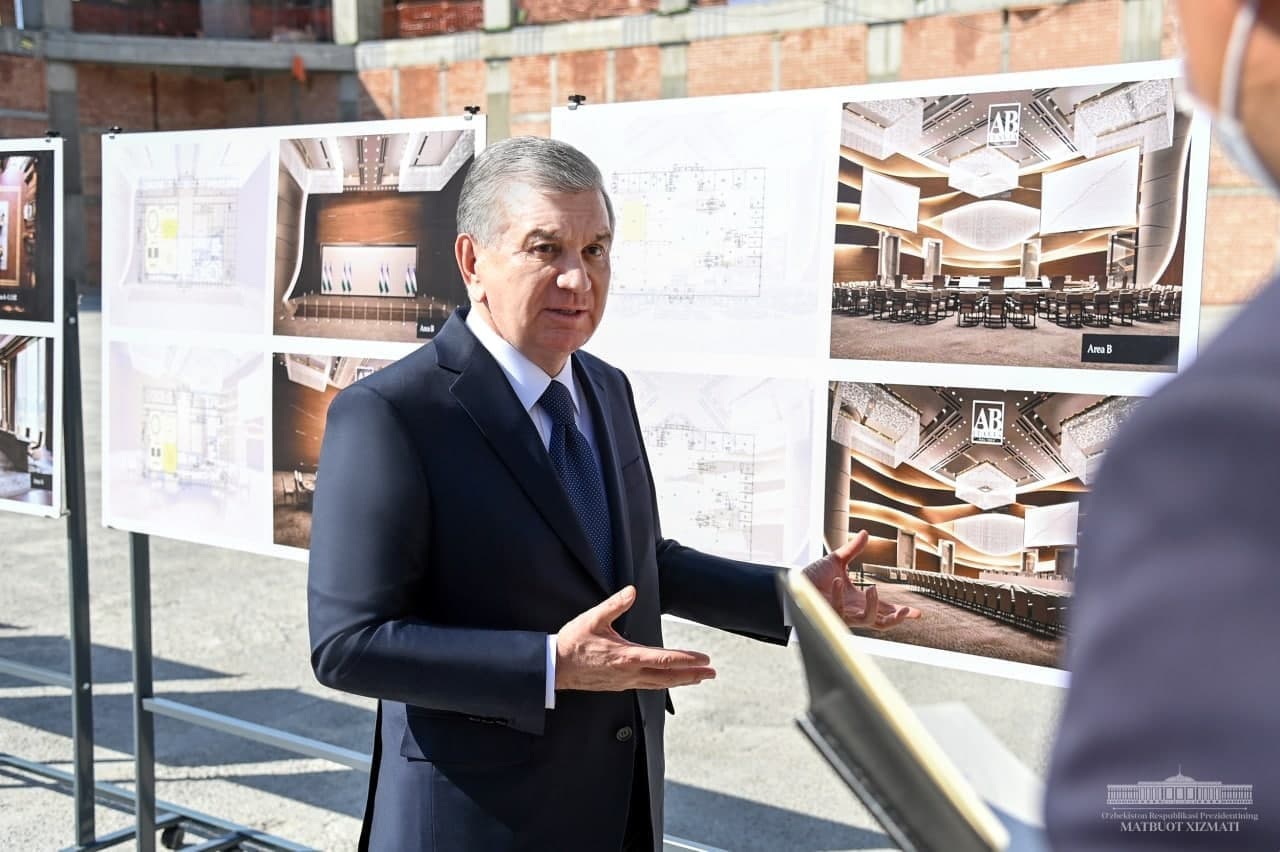 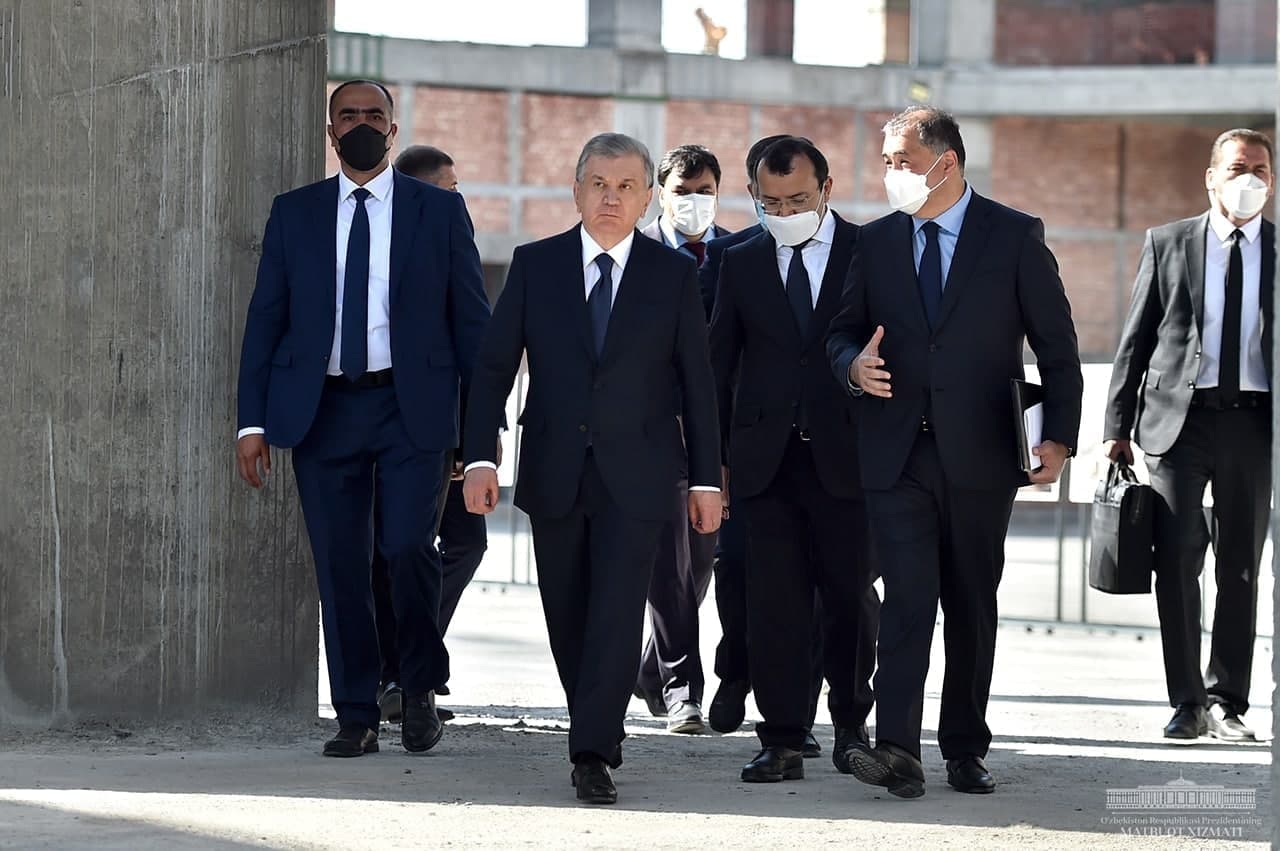 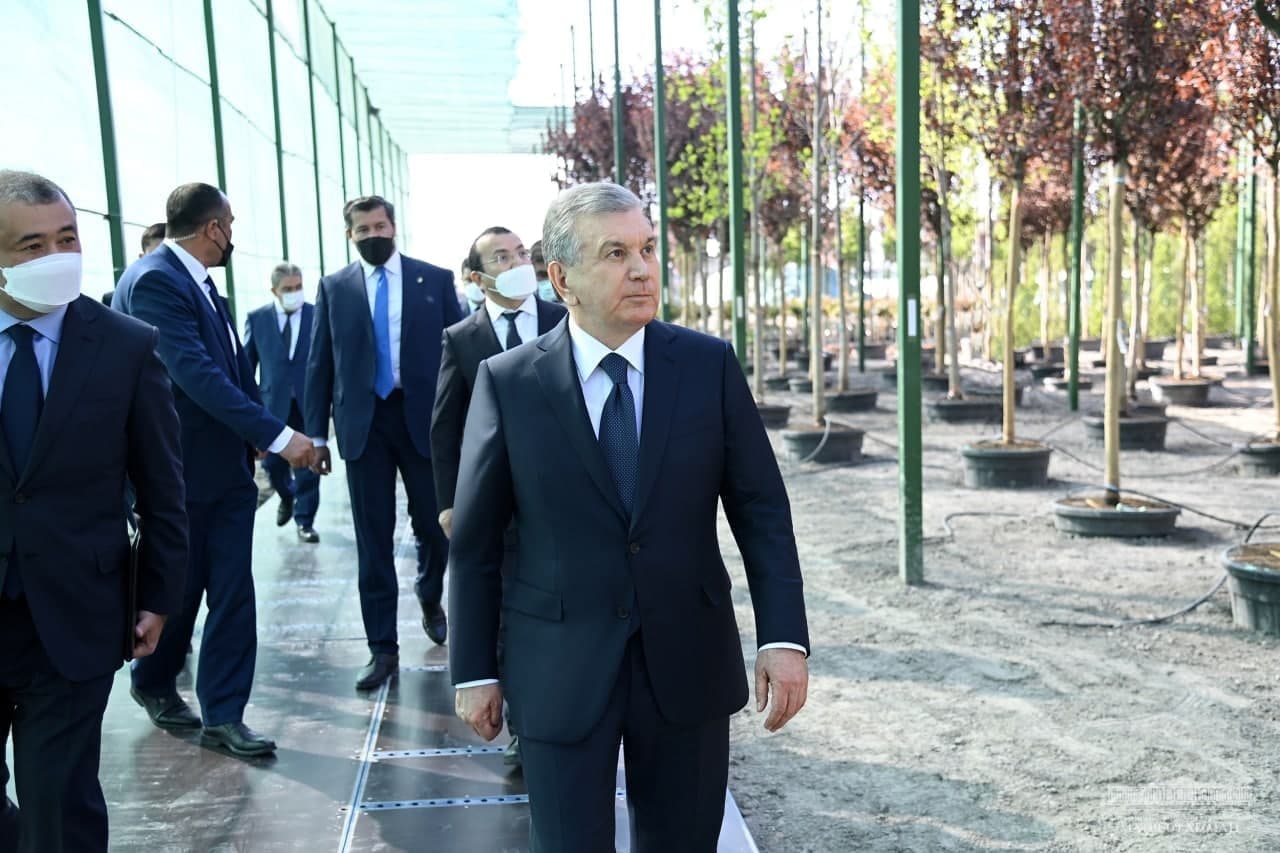 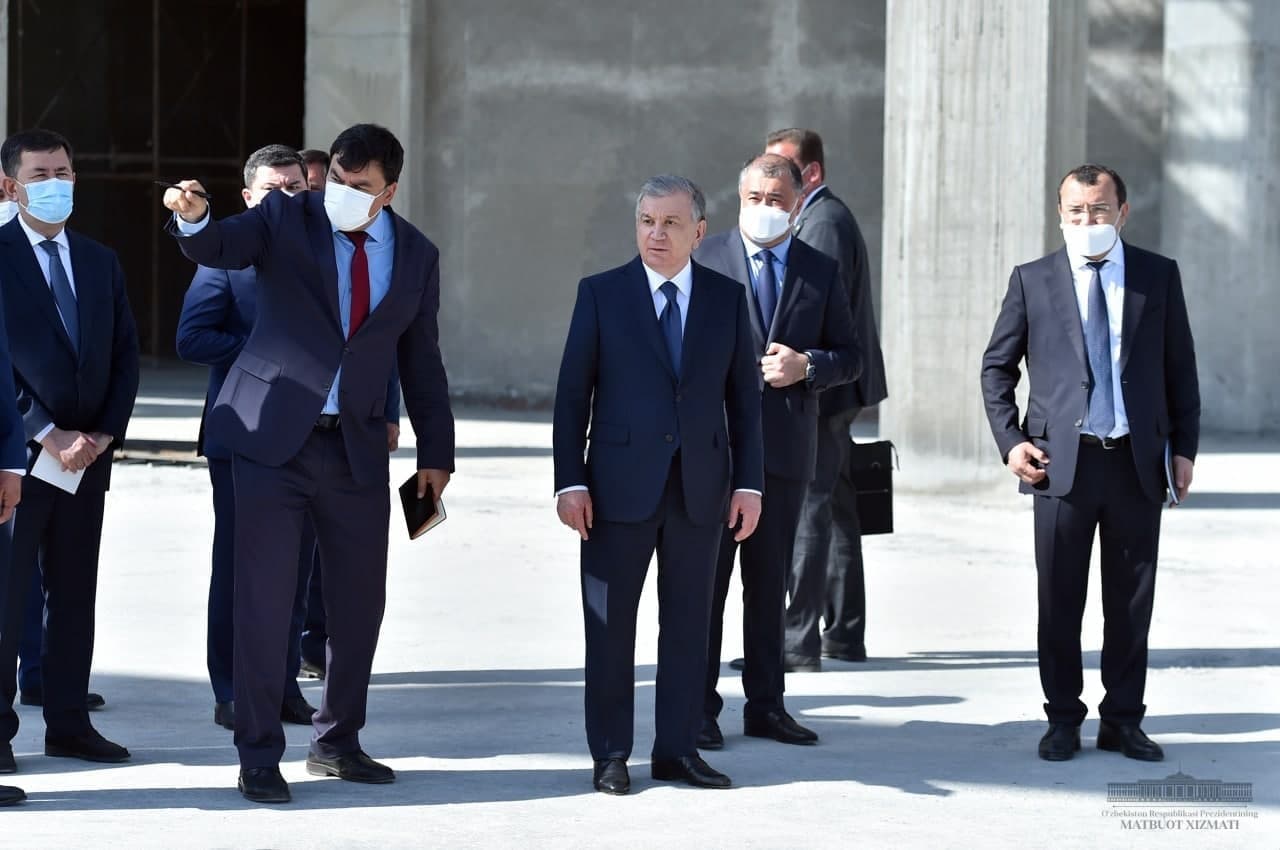 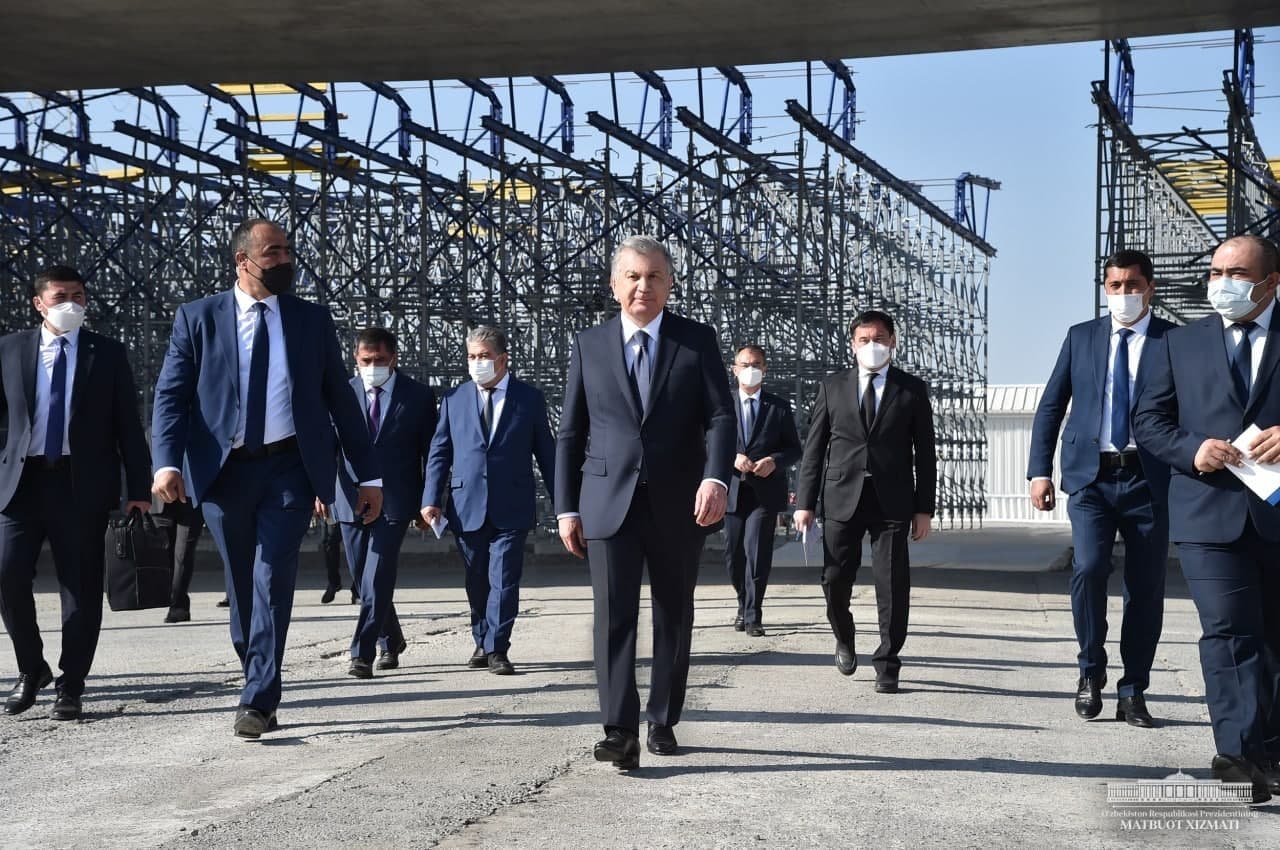 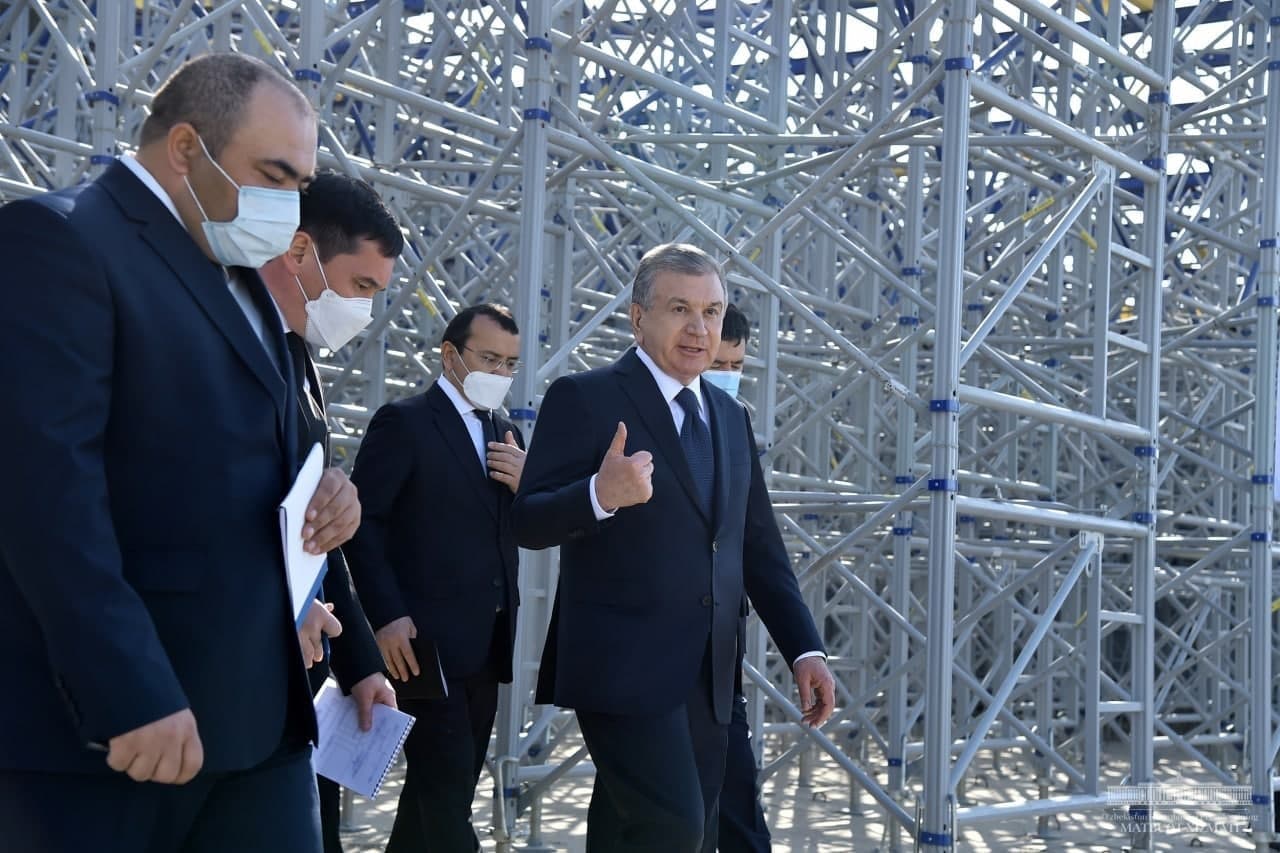 President Shavkat Mirziyoyev got acquainted with the construction of the tourist center in Samarkand District.

The complex is being constructed on an area of 212 hectares on the banks of the rowing canal in the Samarkand Region. According to the project, there will be 10 facilities, including a congress hall, hotels and recreation areas.

Currently, the construction of the congress hall, the caravanserai «Eternal City» and eight hotels is underway. Two 22-story hotels will be five-star, the other hotels – four-star.

Despite the large number of hotels in Samarkand, at the peak of the tourist season there is a shortage of accommodation. This situation was observed, for example, in 2019, when all the hotels of the city were completely loaded. Along with this, the large opportunities created by the state for the development of tourism, the introduction of a visa-free regime for citizens of about 90 countries stimulate a further increase in the flow of tourists.

The center under construction will become a tourist hub. There will also be the necessary conditions for international events. The center is planned to be put into service in 2022.

The President was informed about the possibilities of a new tourist center and services that will be provided to guests. He has instructed to effectively organize the management of the center and train specialists in the field of tourism.

There was also a presentation of projects on the development of tourism infrastructure in Samarkand.

It was noted that the first gastronomic street appeared in Samarkand, and in the Samarkand region – the first tourist village on the territory of the «Konigil» citizens’ assembly. These facilities not only extend the tourists’ stay in the region, but also contribute to the development of the local infrastructure and create sources of additional income for the population.

The President also examined the overpass connecting the tourist center with the city and the landscaping work carried out on the streets of Usta Umar Jurakulov and Afrosiab.