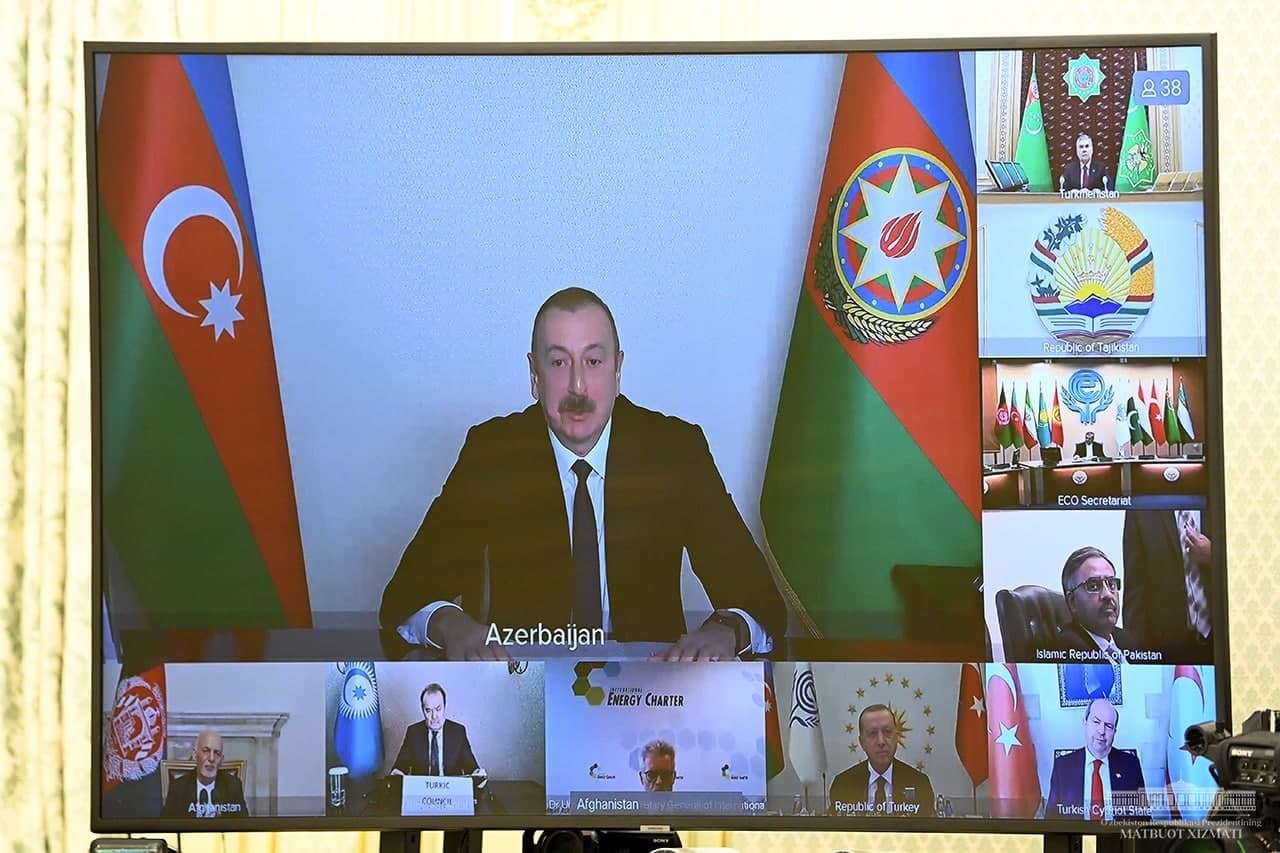 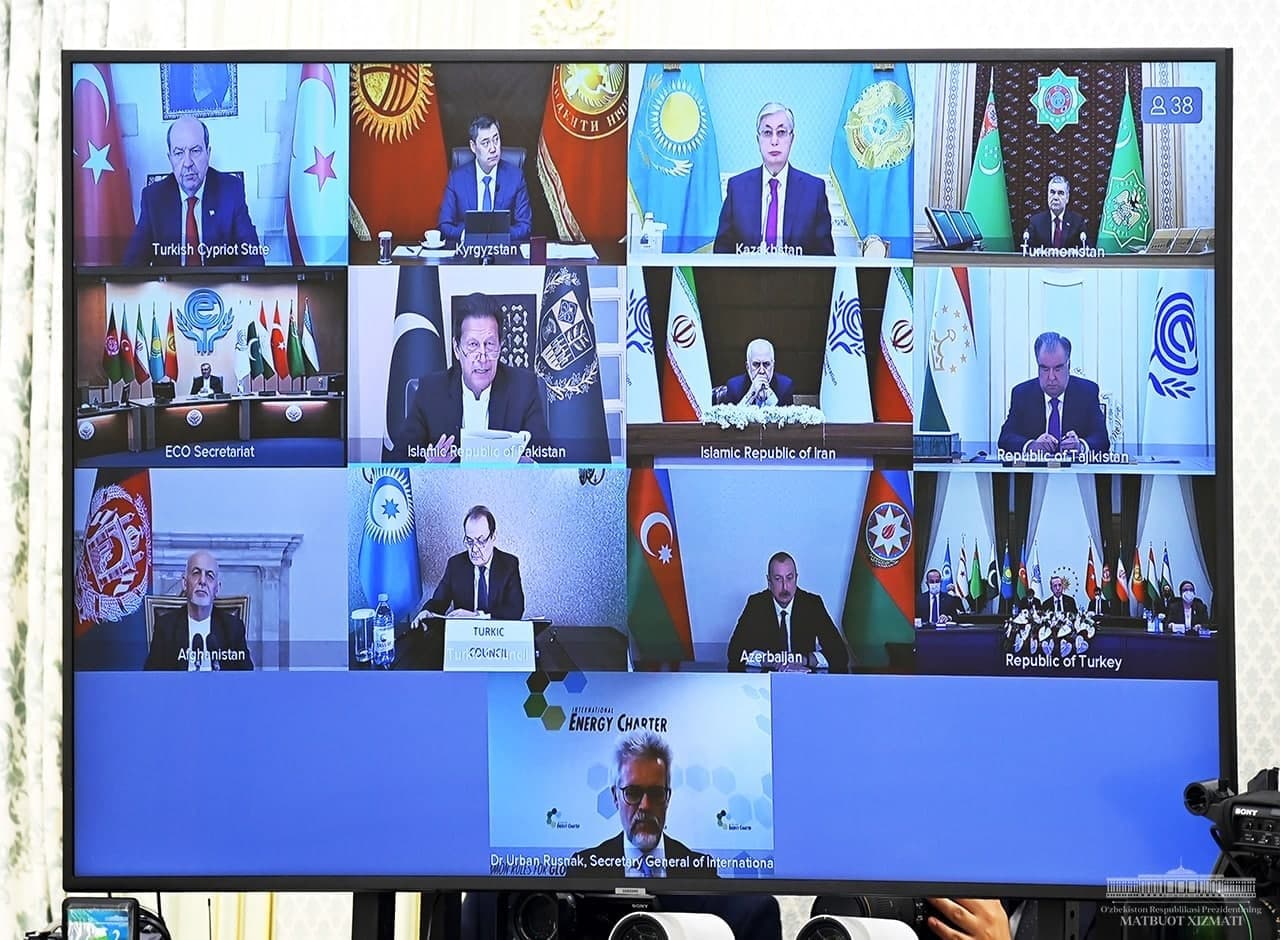 On March 4, President of the Republic of Uzbekistan Shavkat Mirziyoyev took part in the 14th Summit of the Economic Cooperation Organization (ECO) through videoconference.

In accordance with the agenda, topical issues of expanding practical cooperation between the member states of this distinguished organization in the period after the COVID-19 pandemic were considered.

In his speech, the head of our state particularly noted that the area of the Economic Cooperation Organization is a region of great potential with common history, religion, culture and values.

It was emphasized that in the pandemic, the strengths and weaknesses of the economies of our countries were clearly displayed. This challenge demonstrated the obvious interconnectedness and the need for further development of trade and economic ties in the region.

At the same time, the existing capacity and ample opportunities of the ECO member states are not fully used, the President of Uzbekistan said.

In order to develop multilateral partnership as a part of the adopted action program until 2025, a number of important initiatives were put forward by the leader of our country.

In order to increase mutual trade and investments, the feasibility of removing trade and transport barriers and restrictions introduced within quarantine measures was noted. In addition, widely implementation of solutions for the trade digitalization and the e-commerce development was proposed, as well as the early adoption of a regional trade agreement.

Another important area is the deepening of industrial cooperation between the high-profile enterprises of our countries on the basis of an agreed «Road Map». In order to promote such projects, it was proposed to expand the mechanisms of financial cooperation and hold a regional forum with the participation of the leading banking institutions of our countries.

Interaction in the transport and communication sphere was identified as a strategic priority. Uzbekistan is interested in the development of transport corridors Uzbekistan-Turkmenistan-Iran-Oman and Uzbekistan-Kyrgyzstan-China, routes in the direction of Turkey and European countries.

The importance of the construction of the new Mazar-i-Sharif-Kabul-Peshawar railway was emphasized to ensure sustainable development, as well as the integration of Afghanistan into regional economic processes.

Another important area, the head of our state went on to highlight, is ensuring food security. In this regard, it was proposed, together with the UN Food and Agriculture Organization, to prepare a relevant program and present it at the next meeting of the ministers of agriculture of the ECO states, which is scheduled for this year in Uzbekistan.

In the energy sector, the leader of Uzbekistan favored the development and adoption of a medium-term strategy with high involvement of advanced technological solutions and investments, primarily in renewable energy.

The importance of joining efforts in combating the global consequences of climate change and also the need to strengthen cooperation in the health sector, including for monitoring and promptly responding to modern challenges and threats received attention as well.

President Shavkat Mirziyoyev thanked President Recep Tayyip Erdogan for the effective chairmanship of Turkey in the organization, congratulated and wished President Gurbanguly Berdimukhamedov success in connection with the transition of chairmanship to the Turkmen side.

It should be noted that important initiatives and specific proposals of the head of our state have found the full support of the leaders of the member countries, primarily in matters of strengthening the economic interconnection of regions in the Eurasian area.

In their speeches, the leaders of the ECO countries paid special attention to the further development of mutually beneficial cooperation in the region, touched upon the prospects for promoting joint projects in the field of trade, investment, innovation, transport and communications, energy, agriculture, industry, healthcare, tourism and other priority areas. An agreement was reached on holding the next 15th summit of the organization in Turkmenistan.