The Summit of the Presidents of Uzbekistan and Korea Was Held 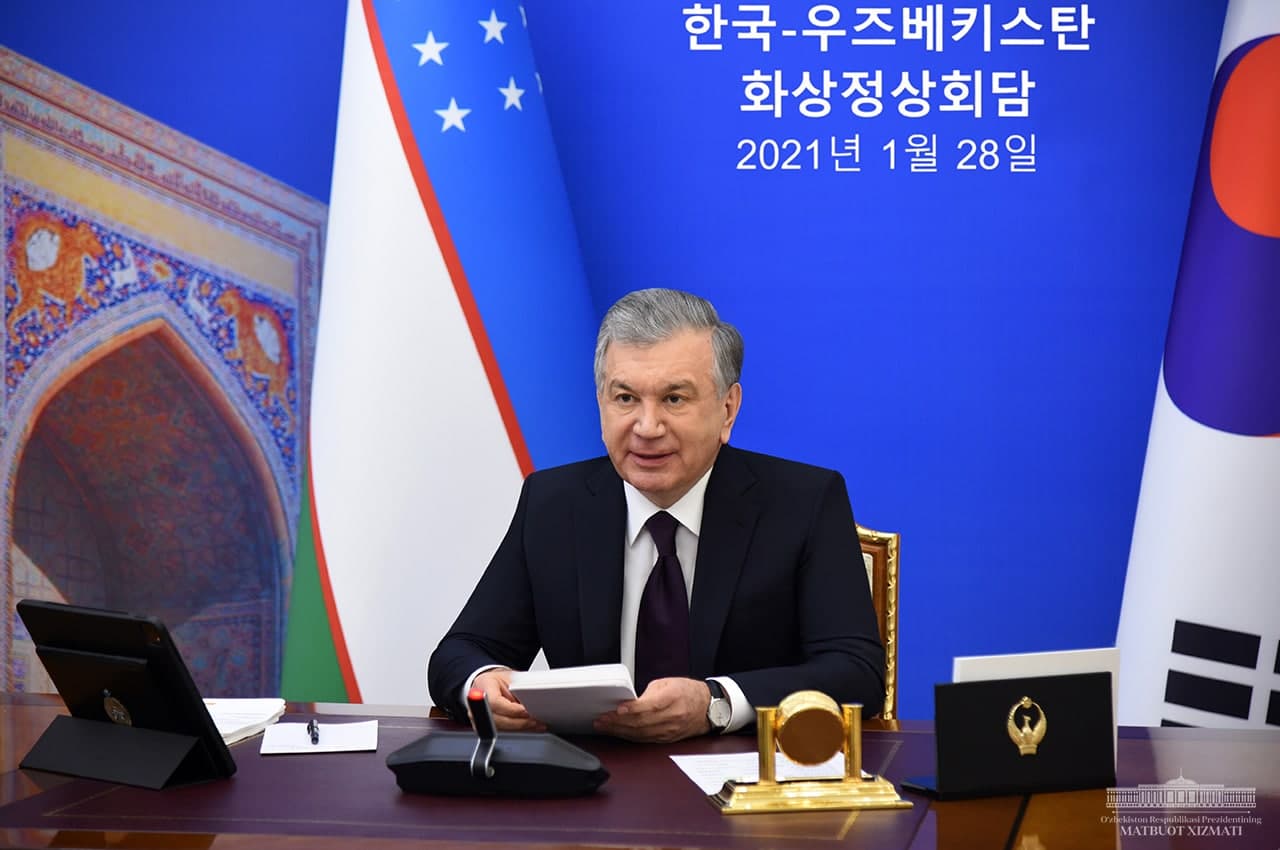 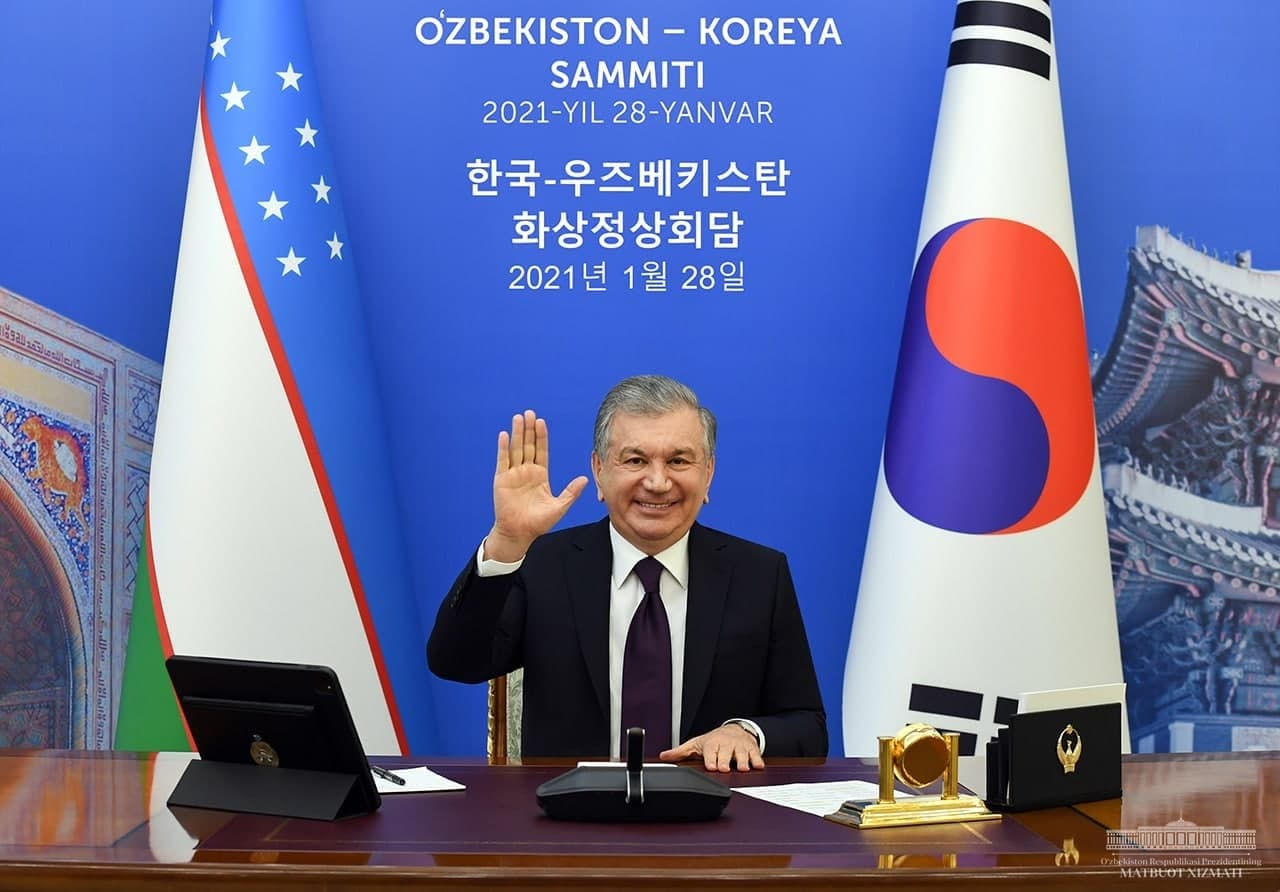 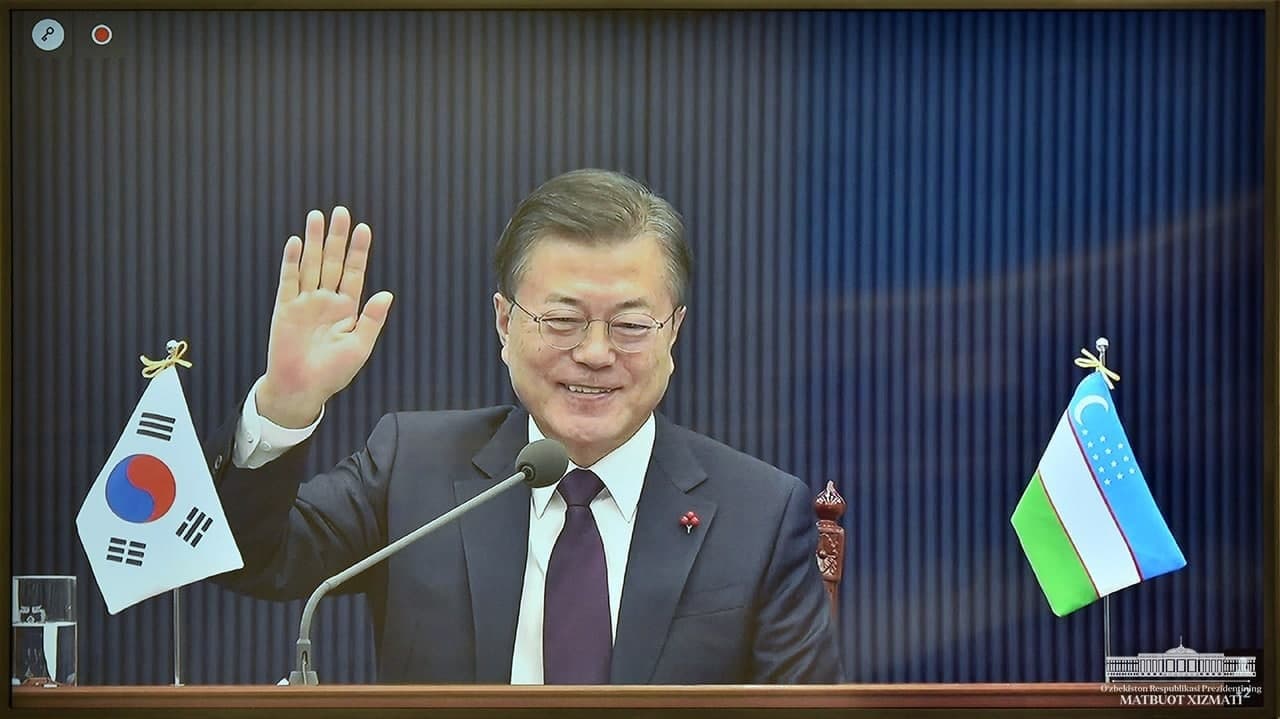 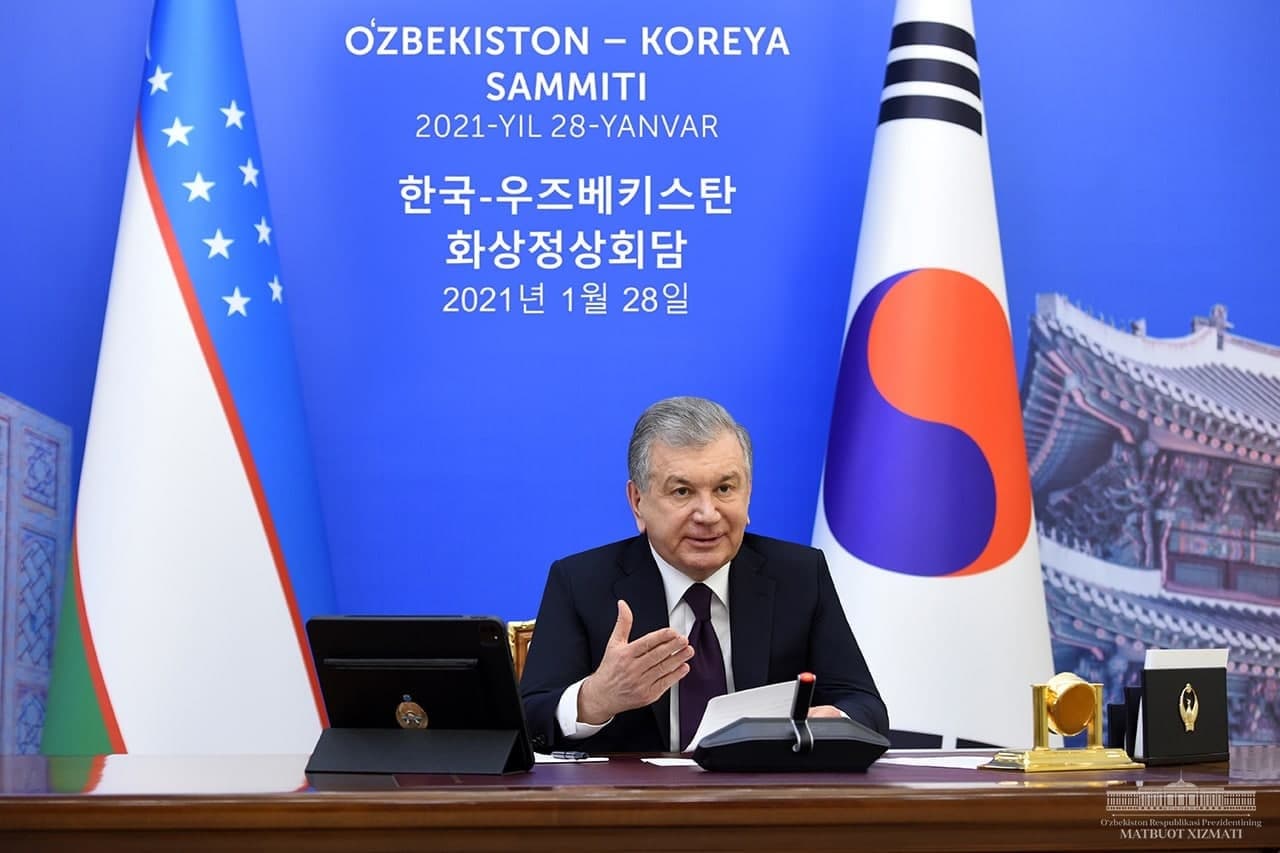 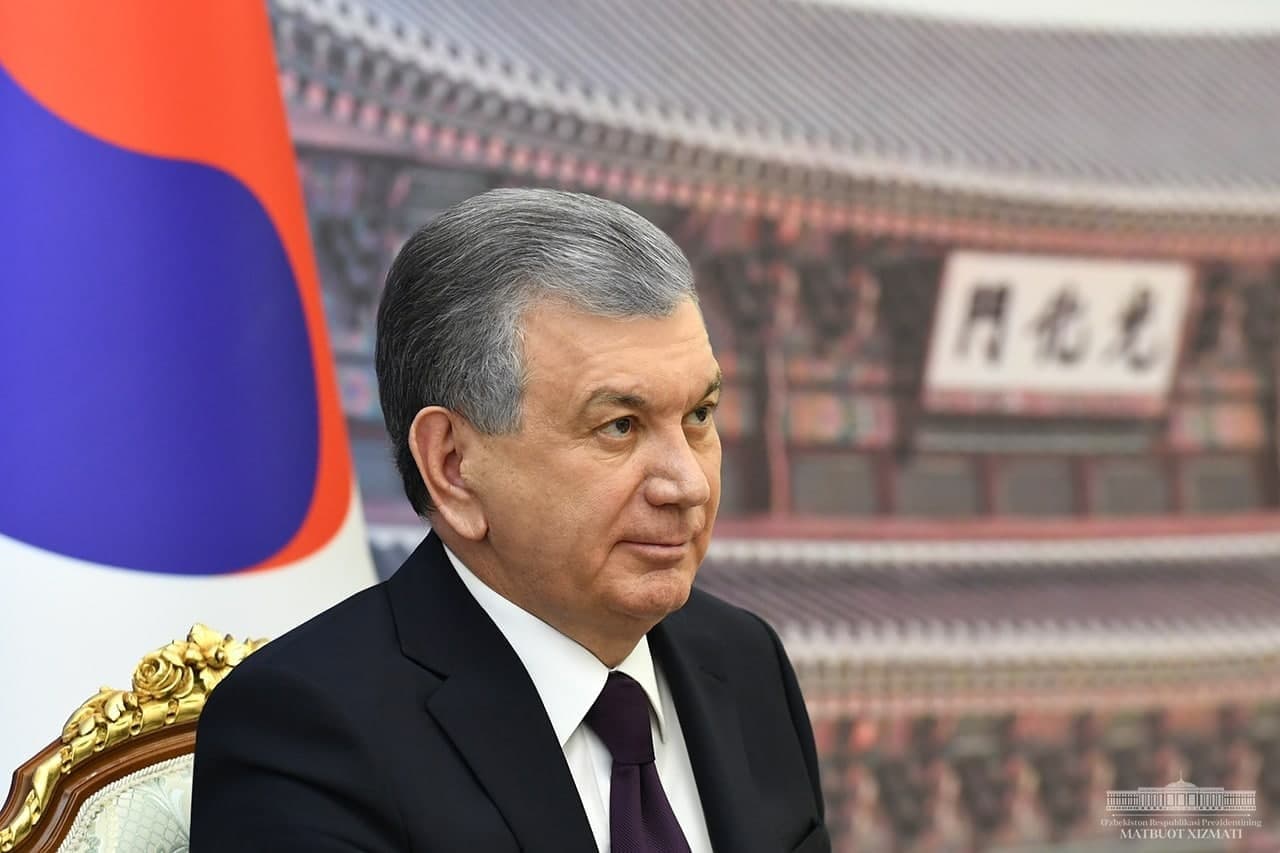 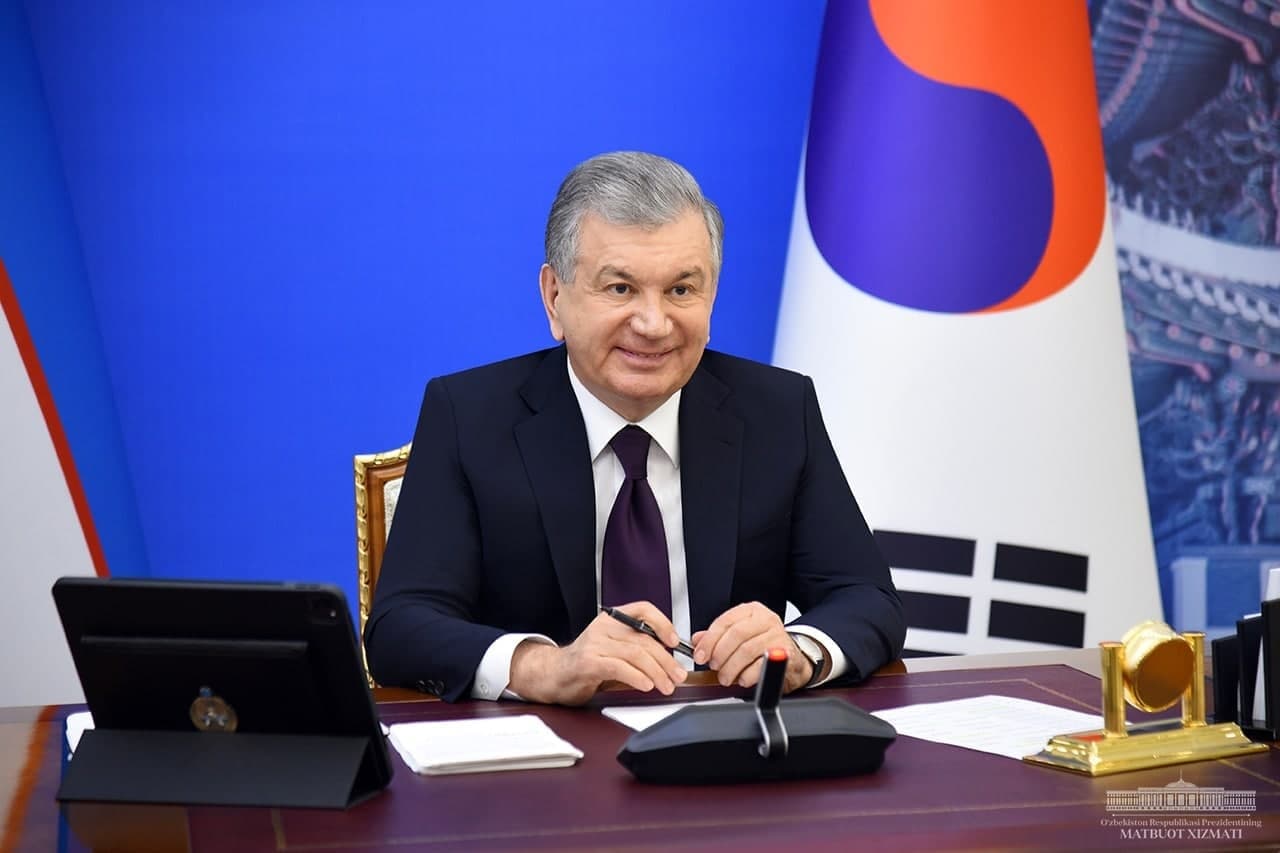 The agreement on conducting the current summit was reached during the latest contacts of the two leaders in October last year.

The agenda of today’s negotiations included the acute issues of development and strengthening the Uzbek-Korean ties of the centuries-long friendship and special strategic partnership.

Opening up the event and warmly greeting one another, the heads of states have underscored that this meeting is the first summit for both sides this new year. This once again testifies about the highest level of bilateral cooperation.

As it was emphasized, despite the consequences of pandemics, the multifaceted relationships between Uzbekistan and Korea continued to dynamically develop. Last year the leaders of the countries have held two telephone conversations and jointly participated in the International Forum for Northern Economic Cooperation.

In complex conditions the sides have ensured implementation of the large investment and trade projects. They have also launched the new sites of cooperation. Among them there is a unique in the region – the modern children’s multipurpose medical center established in Tashkent with the support and participation of the South Korean partners.

President of Uzbekistan has highly appreciated the tangible contribution of the Korean side to the international efforts on combatting the new coronavirus infection and expressed a deep gratitude for profound practical support rendered to our country in forestalling, effective treatment and rehabilitation of persons to have overcome this dangerous disease.

The sides have agreed to continue the regular political consultations, stir up the parliamentary exchanges and prepare the program of bilateral events on celebrating the 30th anniversary of diplomatic relations between our countries.

The leaders considered the current and prospective programs of interactions in the area of higher, vocational and preschool education, healthcare, digitalization and restoration of cultural heritage sites.

The leaders have noted with satisfaction the growing number of branches of the leading South Korean universities and joint centers for vocational training of cadres in the regions of our country. A special attention was paid to expanding learning national languages at the leading higher education institutions, as well as comprehensively supporting the Korean diaspora.

In the economic sphere the productive work was emphasized, which was put in place at the level of governments and agencies of Uzbekistan and Korea. The Presidents have instructed to continue these contacts with an aim to advance the investment projects and rapidly addressing the emerging issues.

It was emphasized that this year, in the framework of ongoing projects with the participation of Korean partners, the implementation of investments for up to $400 million is expected.

Moreover, 55 new projects are being prepared in high-tech industries worth more than $3.4 billion, including the power-generating sector, oil and gas complex, chemistry and petrochemicals, pharmaceuticals, refining industry, agriculture, infrastructure upgrade, transport and logistics, tourism and many other sectors.

A high assessment was attached to the effective cooperation with the «EDCF» Foundation and the Korean International Cooperation Agency «KOICA» in promoting the bilateral priority programs.

The heads of states have noted the importance of increasing the mutual trade volume. In recent years, the record levels of trade turnover have been achieved.

A special attention was paid to the issues of leveling the imbalance and diversification of the range of export-import operations, interactions of phytosanitary services to expand the supply of agricultural products.

To this end, the parties will start the negotiations to conclude a bilateral free trade agreement.

President Moon Jae-in has once again reaffirmed that the Korean side will provide the all-round support in the issue of Uzbekistan’s accession to the World Trade Organization.

The summit has also included an exchange of views on the global and regional agenda.

The President of the Republic of Uzbekistan expressed continued support for Seoul’s efforts to find a peaceful solution to the situation on the Korean peninsula. The parties’ initiatives to strengthen the regional connectivity were highly appreciated.

The leaders dwelled on the issues of cooperation in the ecological sphere, including support for the activities of the Multi-Partner Trust Fund for the Aral Sea region.

The schedule of upcoming events at the highest level was considered. President Moon Jae-in has confirmed the invitation to President Shavkat Mirziyoyev to pay a visit to the Republic of Korea.

As a result of the summit, a Memorandum of Cooperation in the «digitalization» was signed to promote the «fourth industrial revolution», an Agreement on the Three-year Program Implementation with the «EDCF» in the amount of $1 billion, loan agreements on the projects for the construction of a modern multidisciplinary clinic and a design institute - Center for Chemical Technology.

Moreover, the agreements have been concluded at the level of leading companies on the modernization of important energy infrastructure facilities in our country.

As a whole, the leaders have expressed deep satisfaction with the outcomes of the summit, which took place in traditionally open, warm, constructive and friendly atmosphere.

They have both noted that the online meeting was a very timely one and on their productivity did not yield to the practice of in-person negotiations.

The Presidents have once again confirmed the decisive commitment to consolidate the ties of friendship and full-scale partnership and take to a new quality level the relations of mutually beneficial cooperation in the interests of the two brotherly countries and nations.