President: People will be happy when their issues are addressed primarily in the mahalla 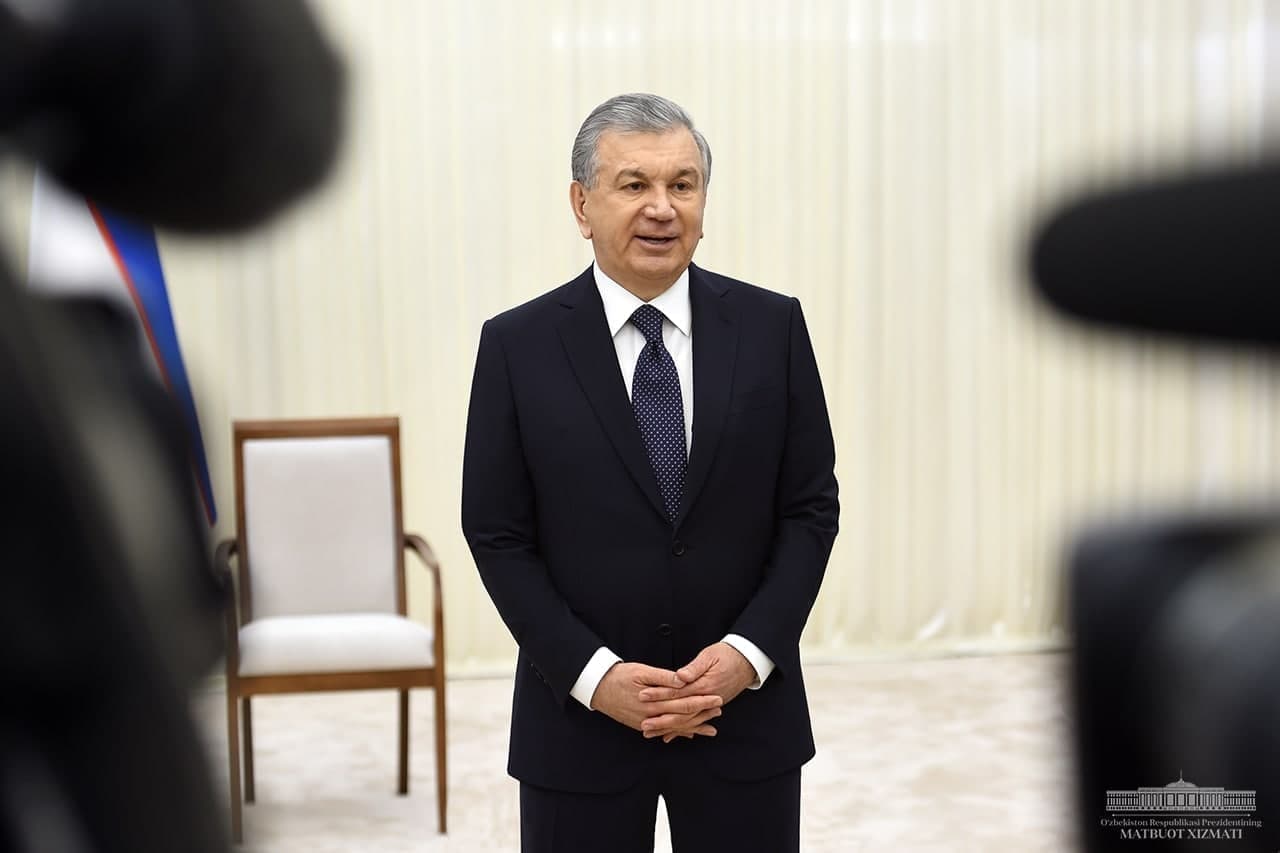 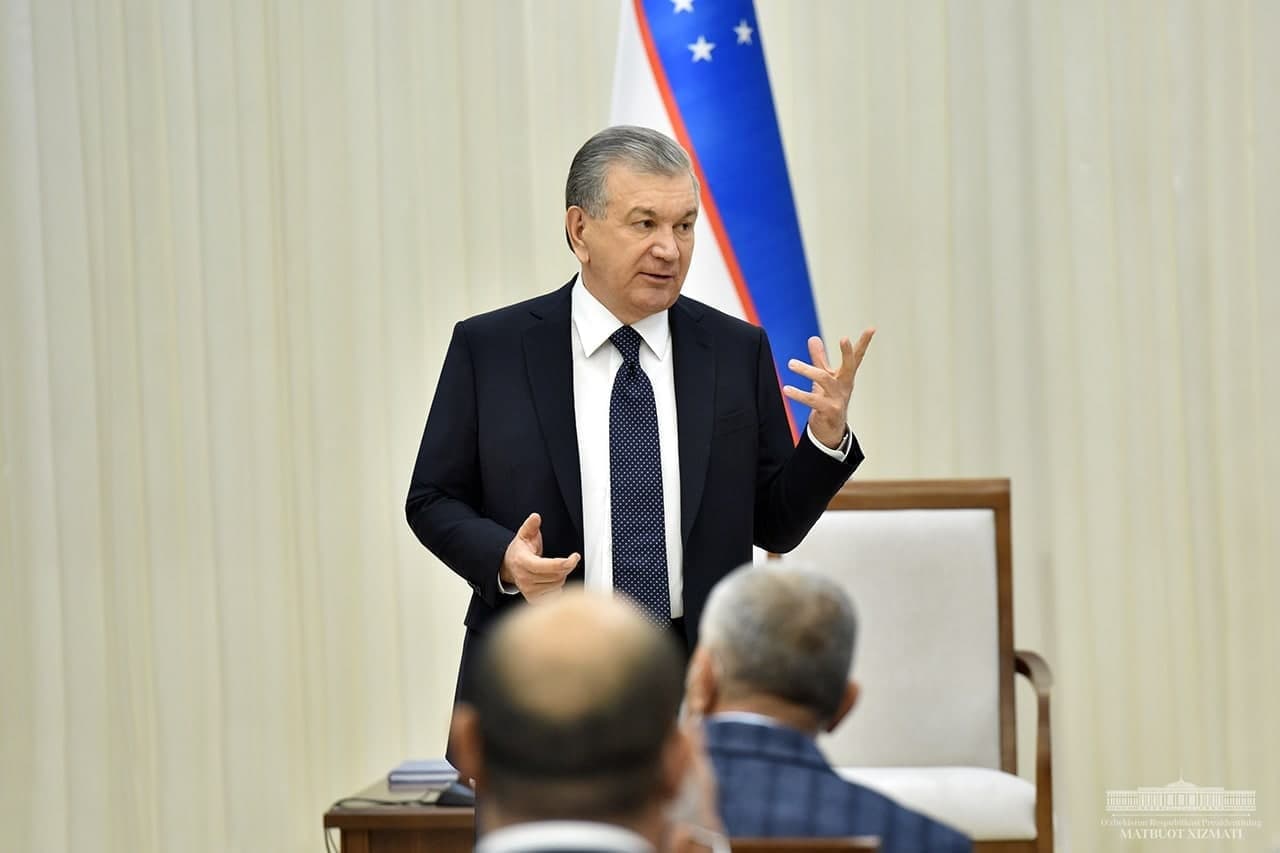 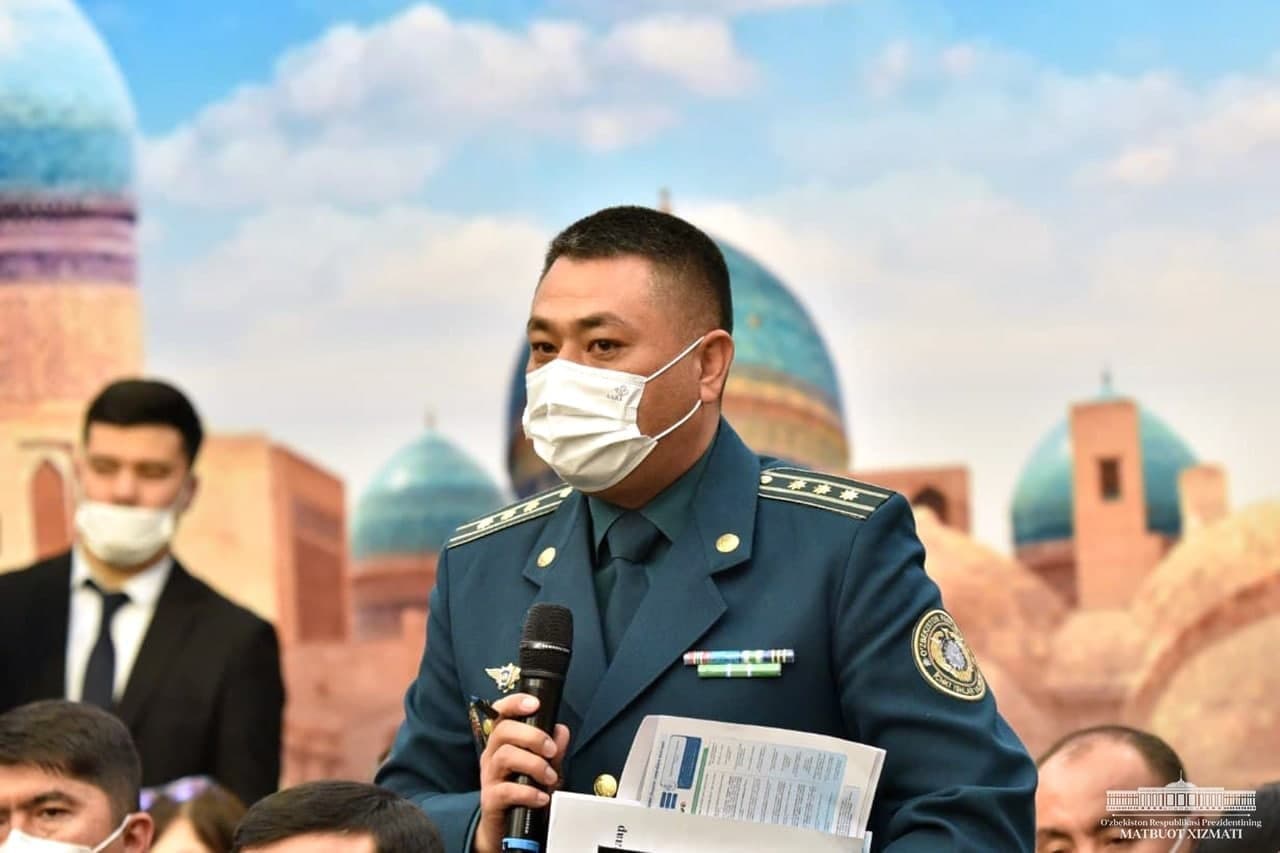 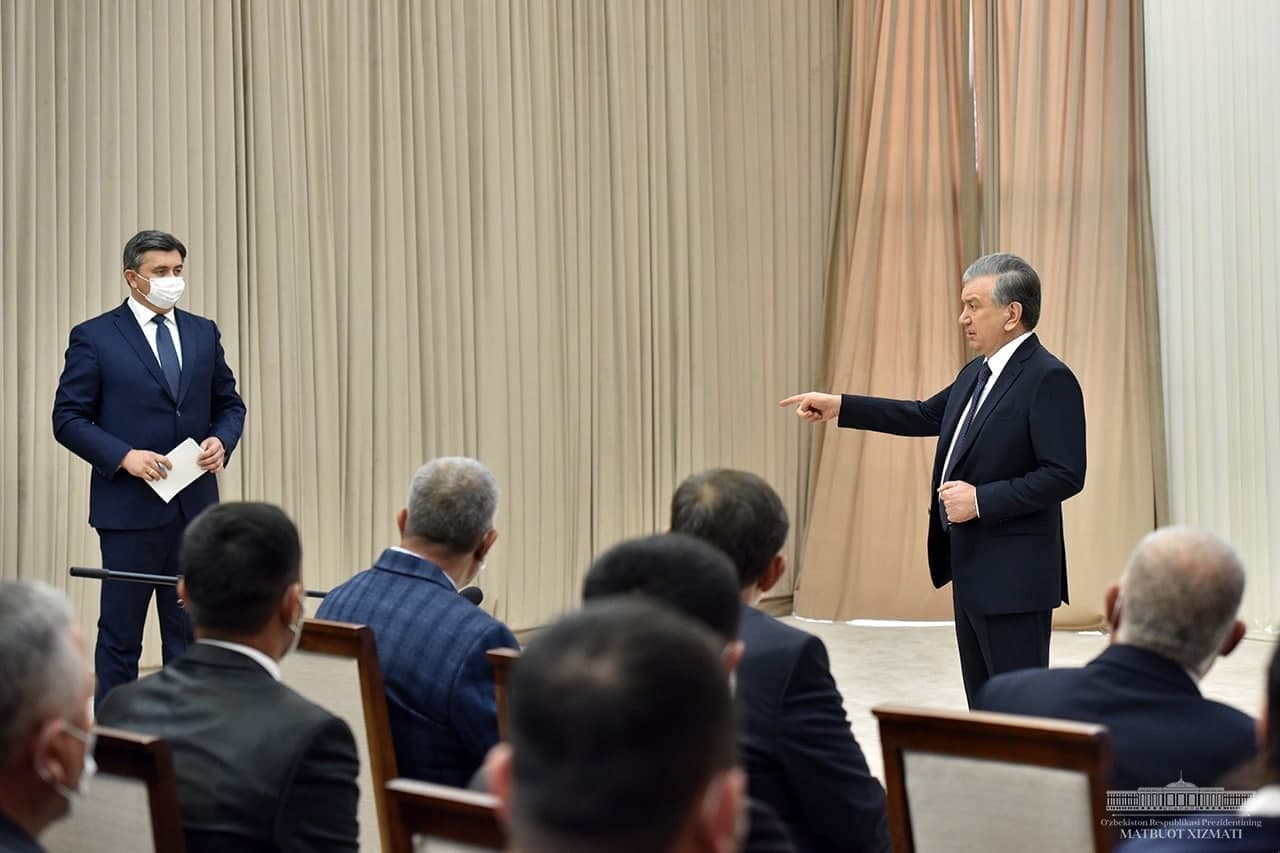 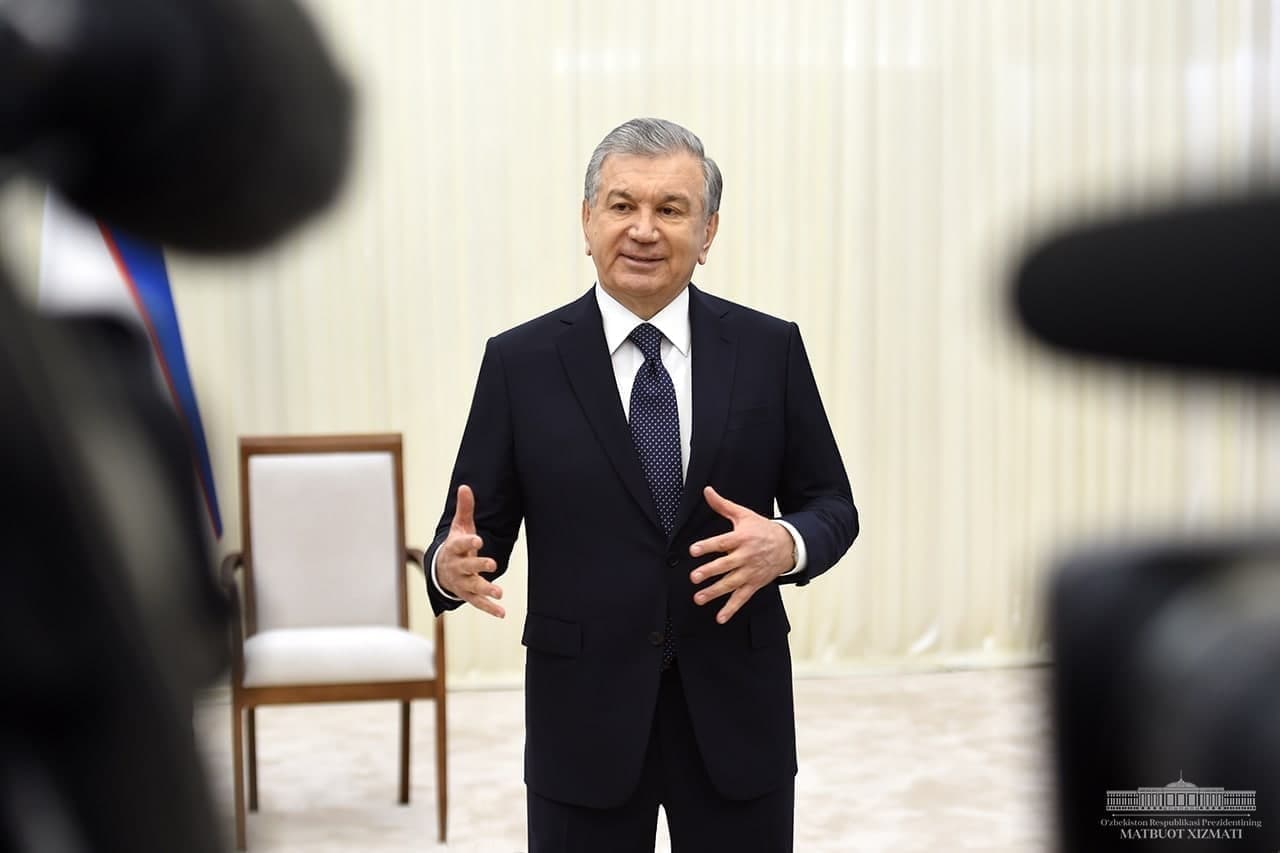 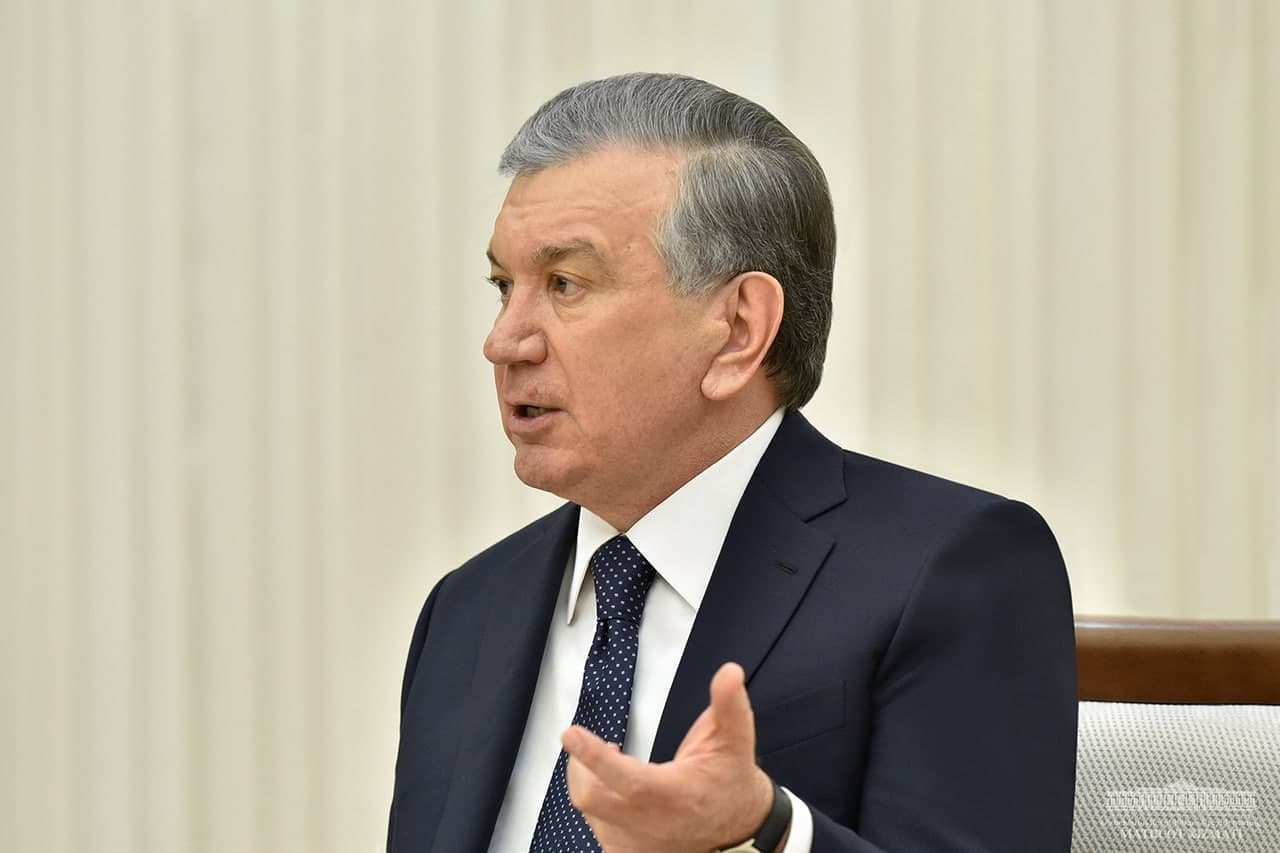 In Bukhara region’s Alat district, the head of state met with local activists and chairpersons of mahallas of the Alat, Karakul, Jandar and Shafirkan districts. The first topic of discussion was the consequences of last year’s natural disaster that occurred in the region.

“2020 became a year of great trials for our native land, including the Bukhara region. The natural disaster here caused great damage to the economy, infrastructure, houses that people have been building for 30-40 years. We set a goal to get out of these troubles even stronger, and thanks to the patience, unity, solidarity of our people, we have secured these results,” the President said.

It was noted that not a single family was left unattended. In particular, within the framework of the Compassion and Support national movement, the needy families of Alat, Karakul and Jandar districts received financial assistance worth almost 14 billion soums.

The efforts undertaken to improve the wellbeing of the population will be consistently continued, it was emphasized, and that lower-level leaders must awaken and work selflessly.

“The purpose of my visit is to listen to the voices of people more closely, to correct the path of development accordingly. Our work will be more effective if district hokims and mahalla chairs openly talk about the problems of concern and the ways of addressing them,” Shavkat Mirziyoyev suggested.

The head of our state indicated that the territorial development programs and poverty reduction plans will be implemented in the context of mahallas.

“When will the mahalla chairs earn respect? When they clearly convey the concerns of locals to government leaders. People will be happy if all issues are resolved primarily in the mahalla itself,” the President noted.

The work on creating sources of income and employment for the population will continue, it was emphasized. This year, 36 billion soums will be allocated to youth and family business projects in Karakul district, 21 billion soums in Alat district, and 49 billion soums in Jandar district. The Karakul Vocational Training Center will train in various professions 980 unemployed citizens and those willing to work abroad.

42, 56 and 67 projects will be implemented in Alat, Karakul, Jandar districts, respectively, in 2021-2022, and it is planned to create 3 thousand permanent jobs.

A $ 20 million logistics center in the Alat district, a sulfur processing plant in Karakul district and a ceramic tile factory in the Jandar district will be commissioned. Small industrial zones will be set up.

There are untapped opportunities in agriculture, as well. This year, 18 kilometers of reclamation networks will be built and the South Alat inter-farm collector will be reconstructed. As a result, the lands retired from circulation will be reclaimed, and crops that are in demand on the market will be grown on them.

The President focused on the development of the social sphere. In particular, he announced that an Enlightenment and Culture Center with a cinema and a library would be erected in the Alat district. In addition, schools, kindergartens, medical institutions, and social services will be built.

This year, the International Mathematical School will be reconstructed in Karakul, with a construction of a 200-bed dormitory. The talented youth of this school will be engaged into the IT field.

A $ 139 million joint project with the World Bank will be completed this year to improve drinking water supply in Alat and Karakul districts. 265 thousand residents will have access to drinking water. Over the past 30 years, the provision of drinking water in these two districts has covered 17 percent of the population, while this year this figure will reach 90 percent.

Taking into account the appeals of locals, train traffic on the Alat-Tashkent route would be resumed, the head of state told the meeting participants.

There is a growing awareness across the country today that indifference and sluggishness are hardly conducive to positive change. Thus, favorable conditions will be delivered, support for initiative people, enthusiasm and hard work will be stimulated. The meeting took place in that spirit.