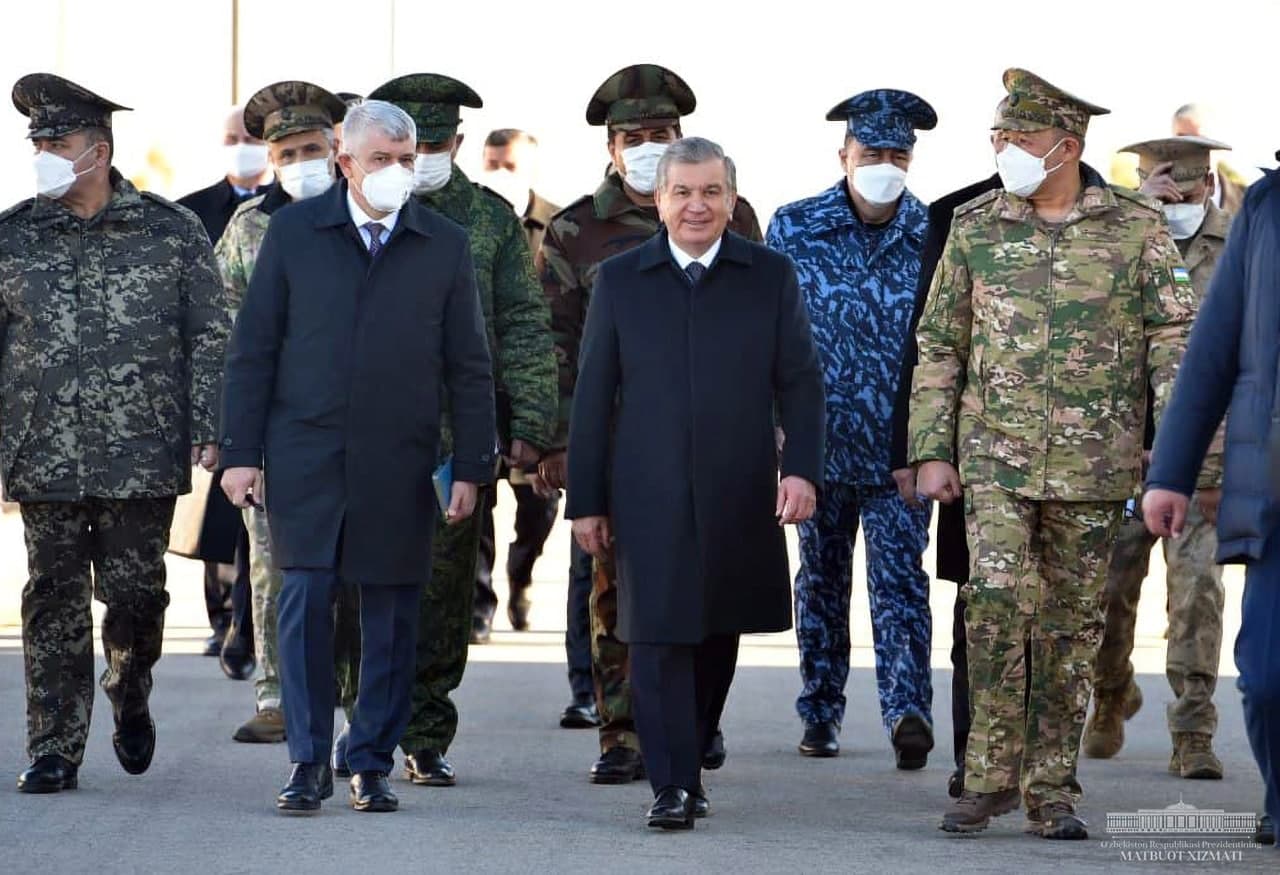 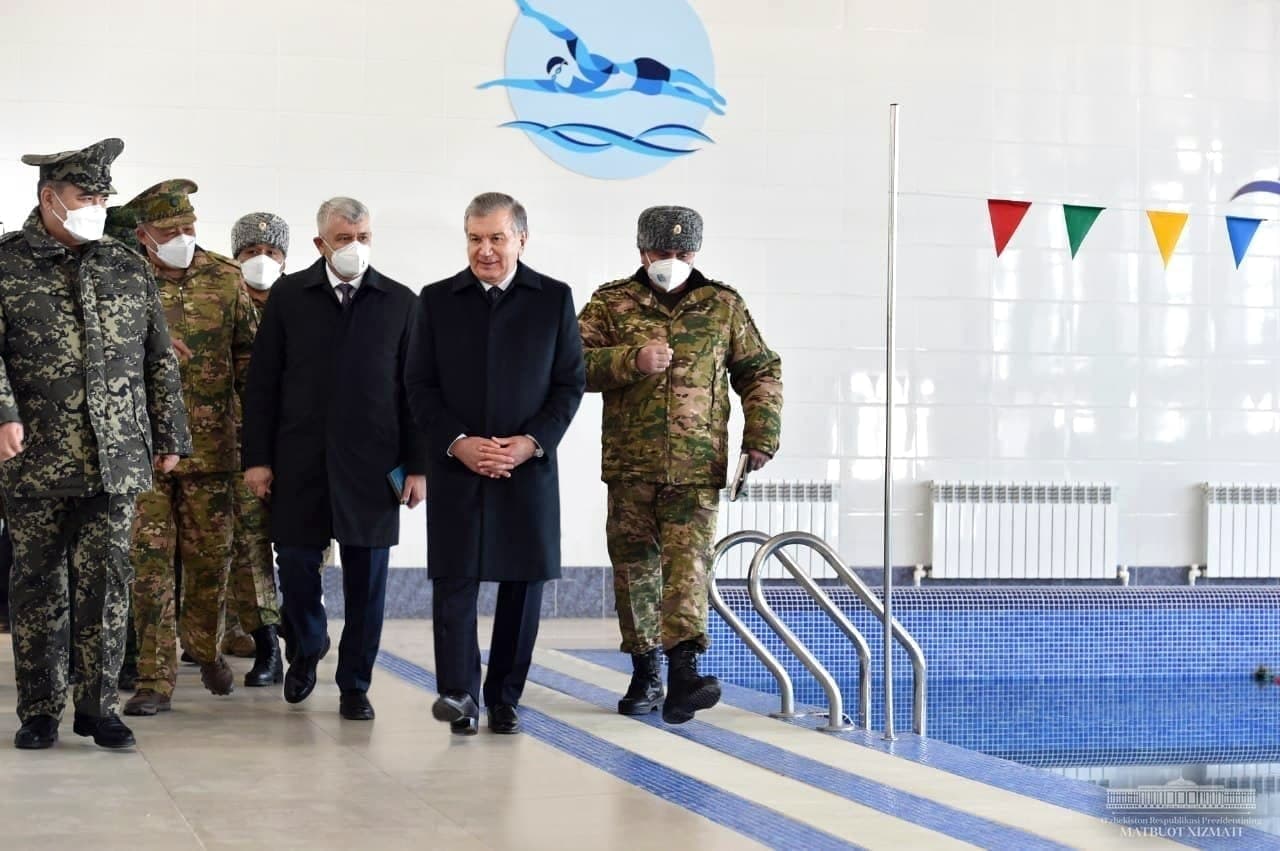 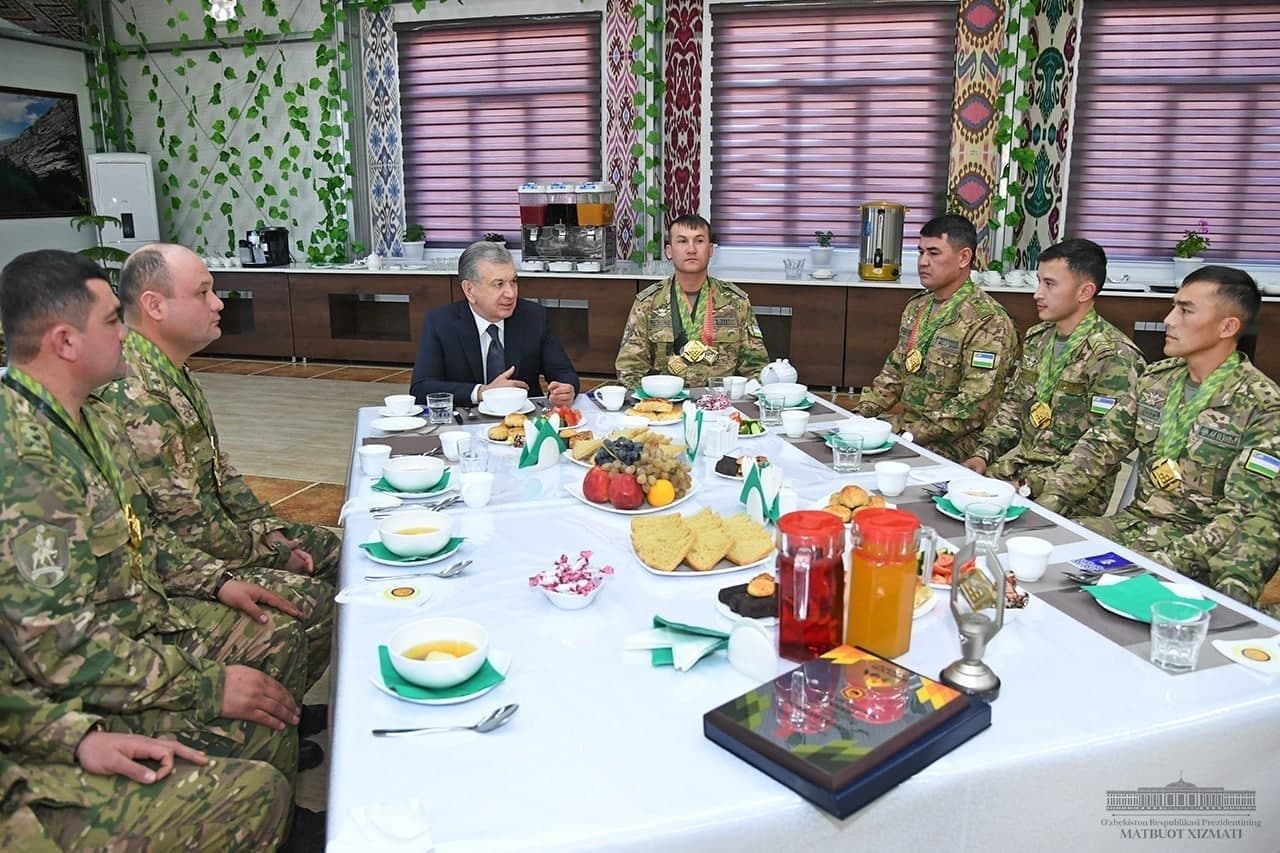 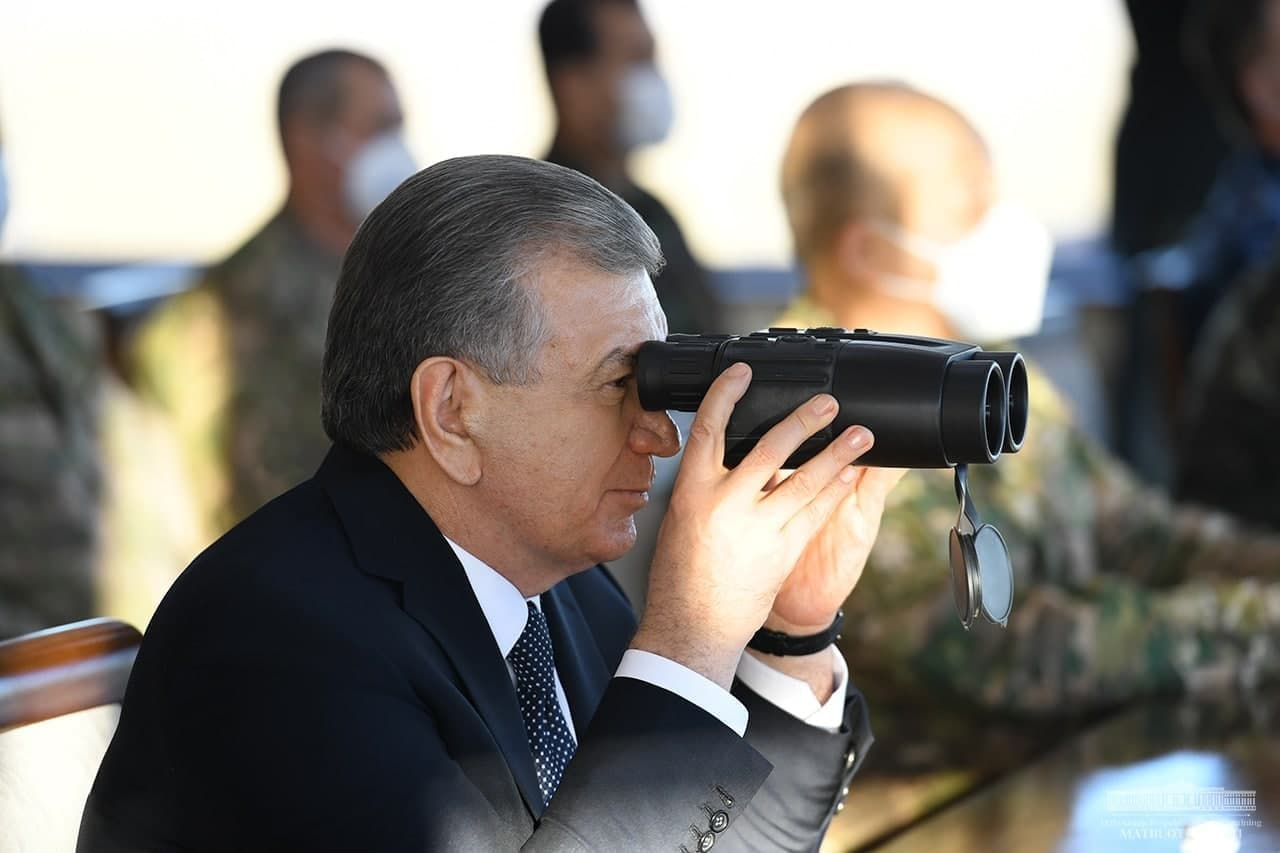 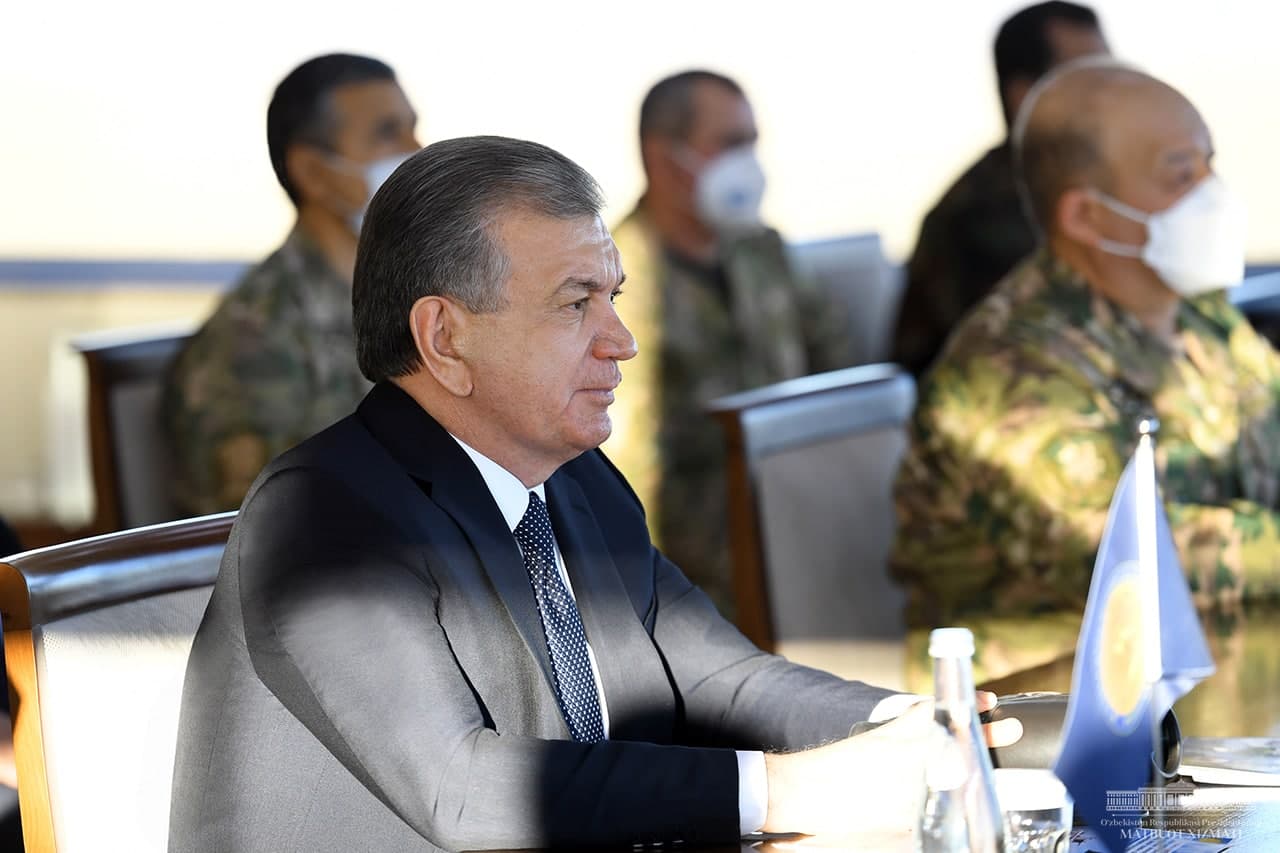 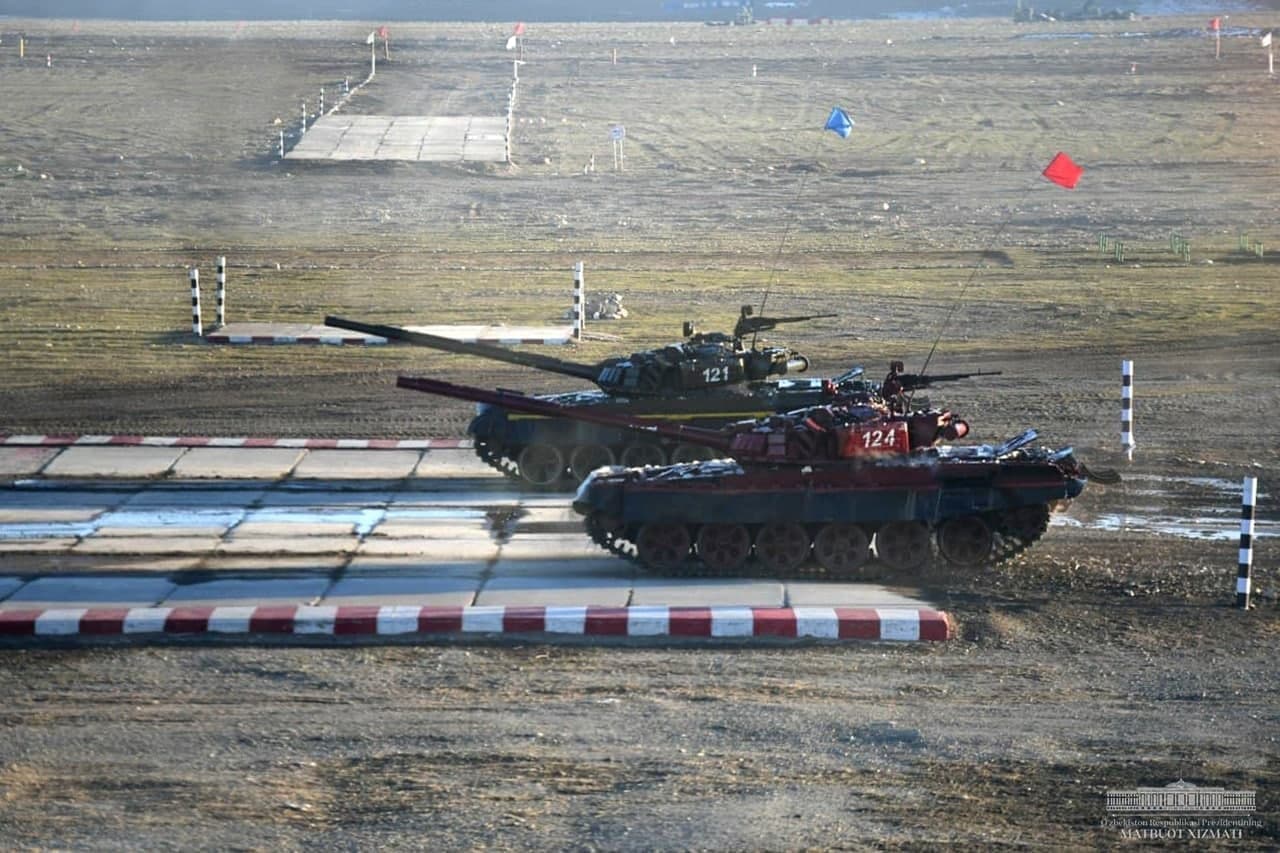 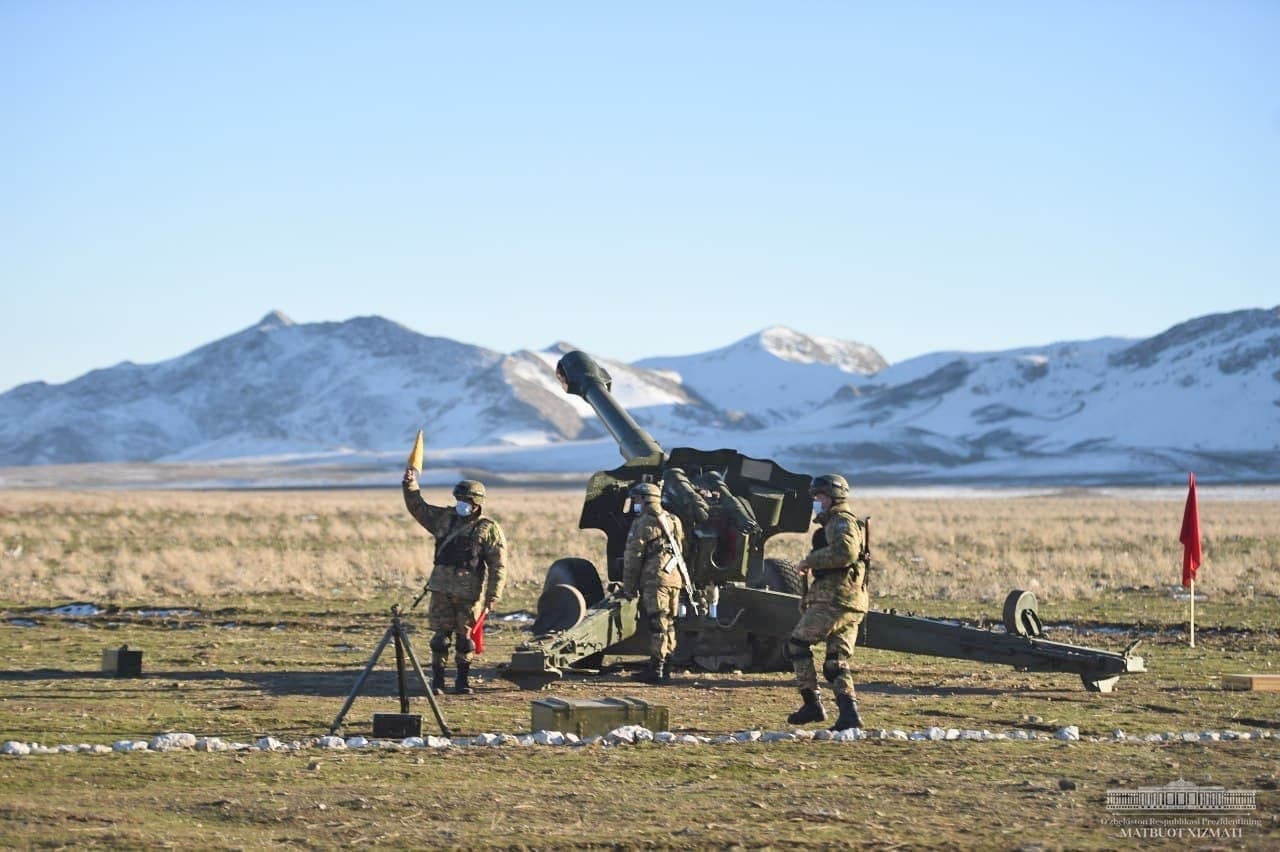 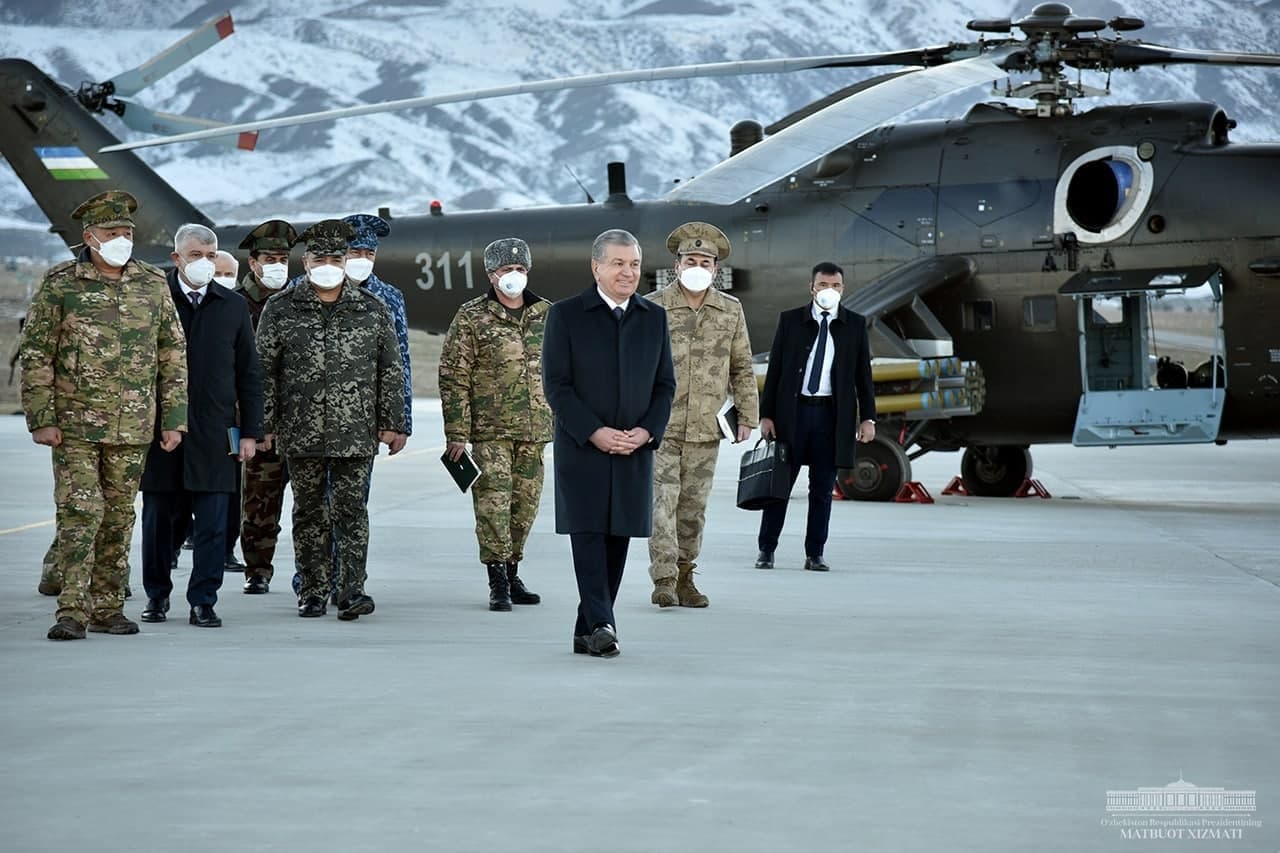 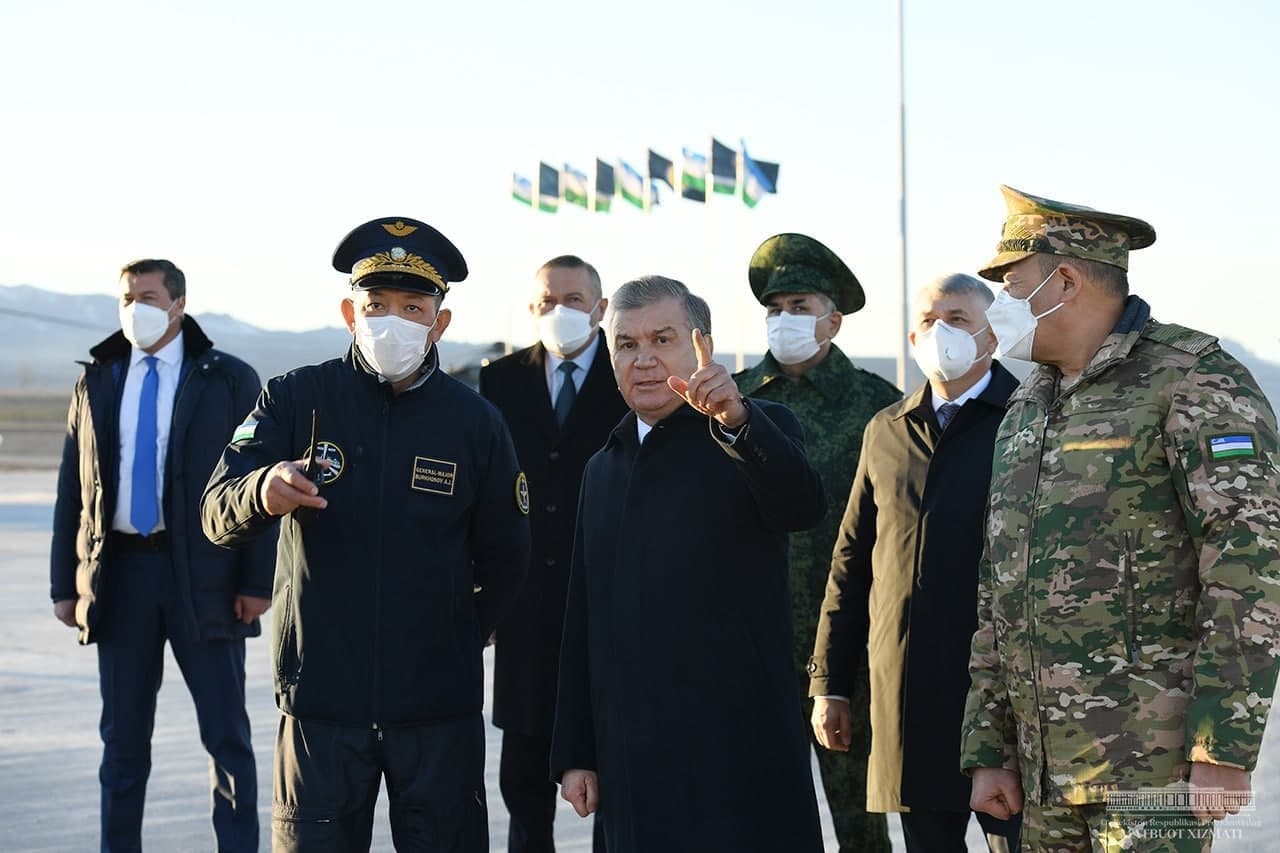 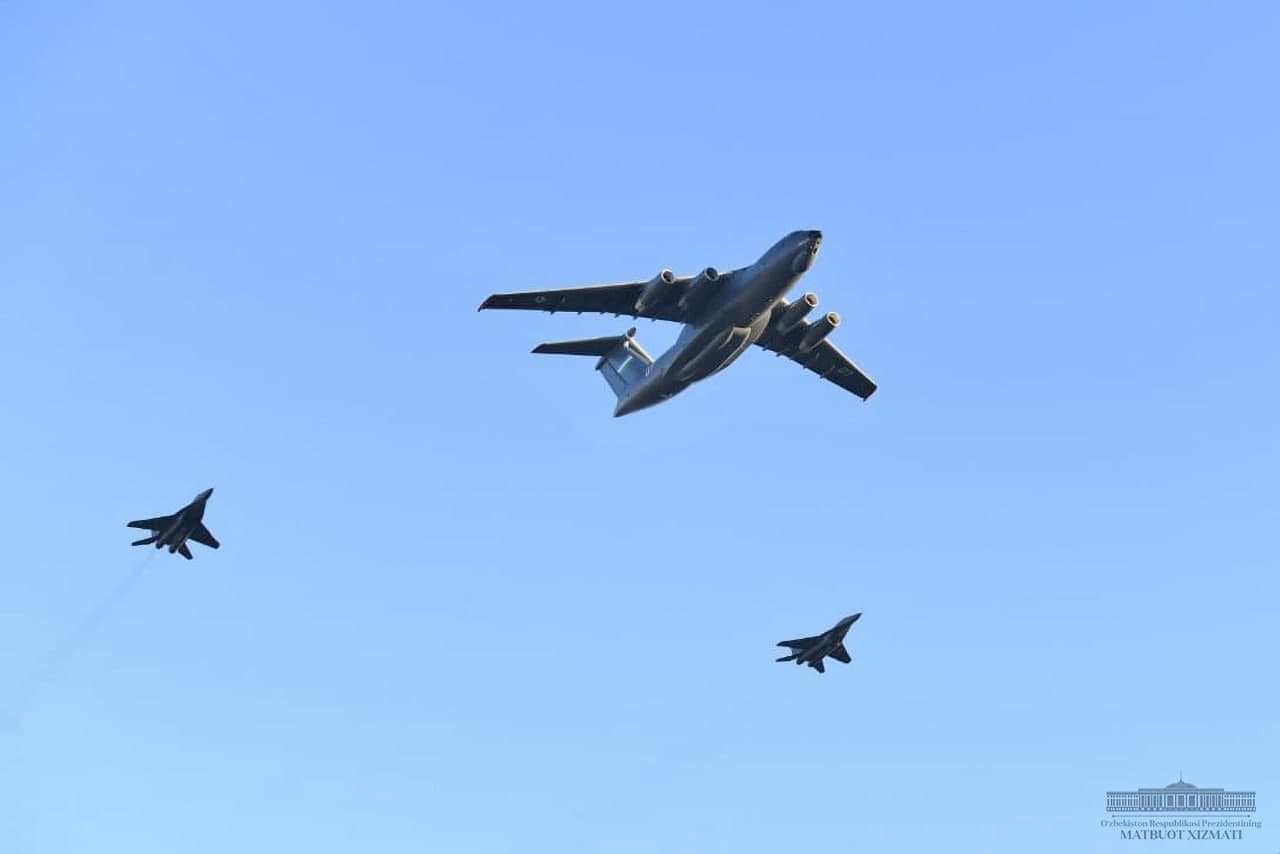 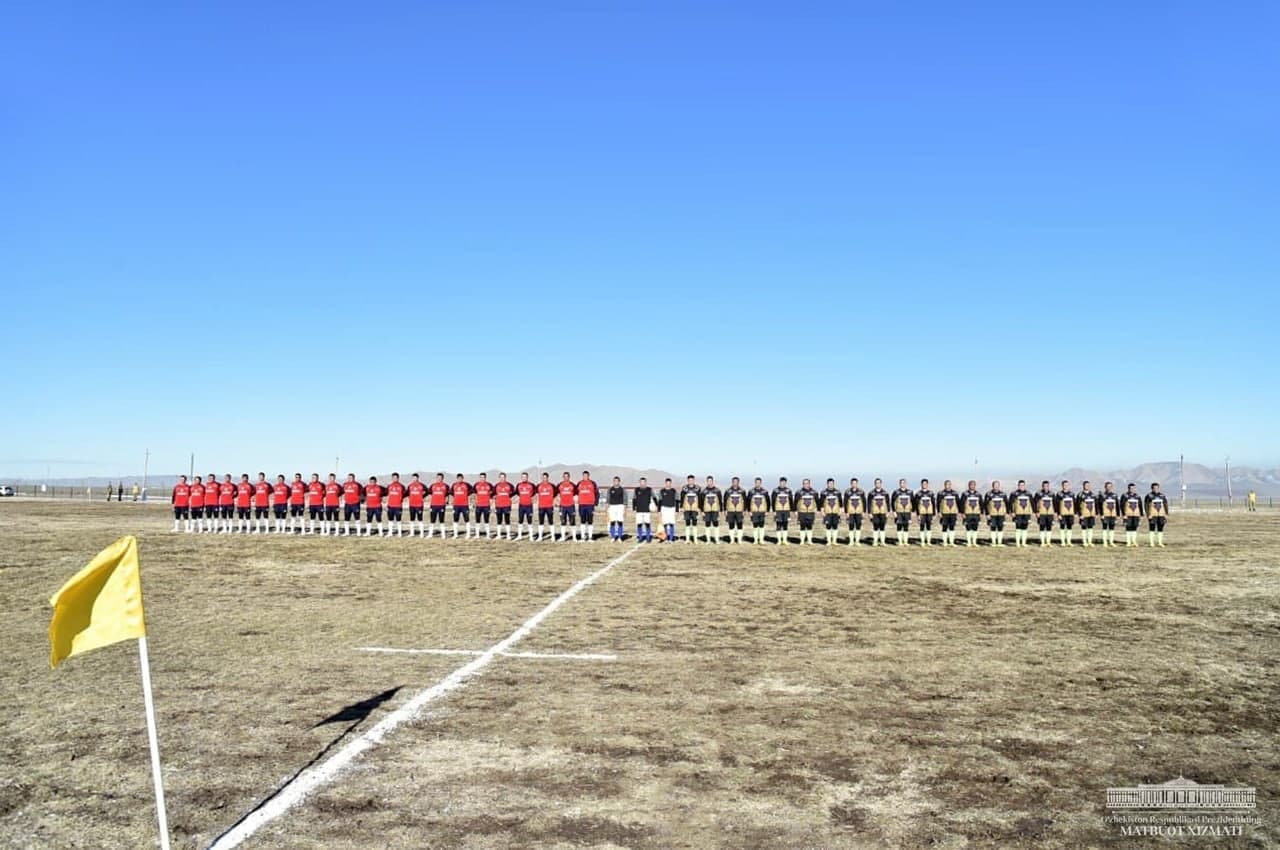 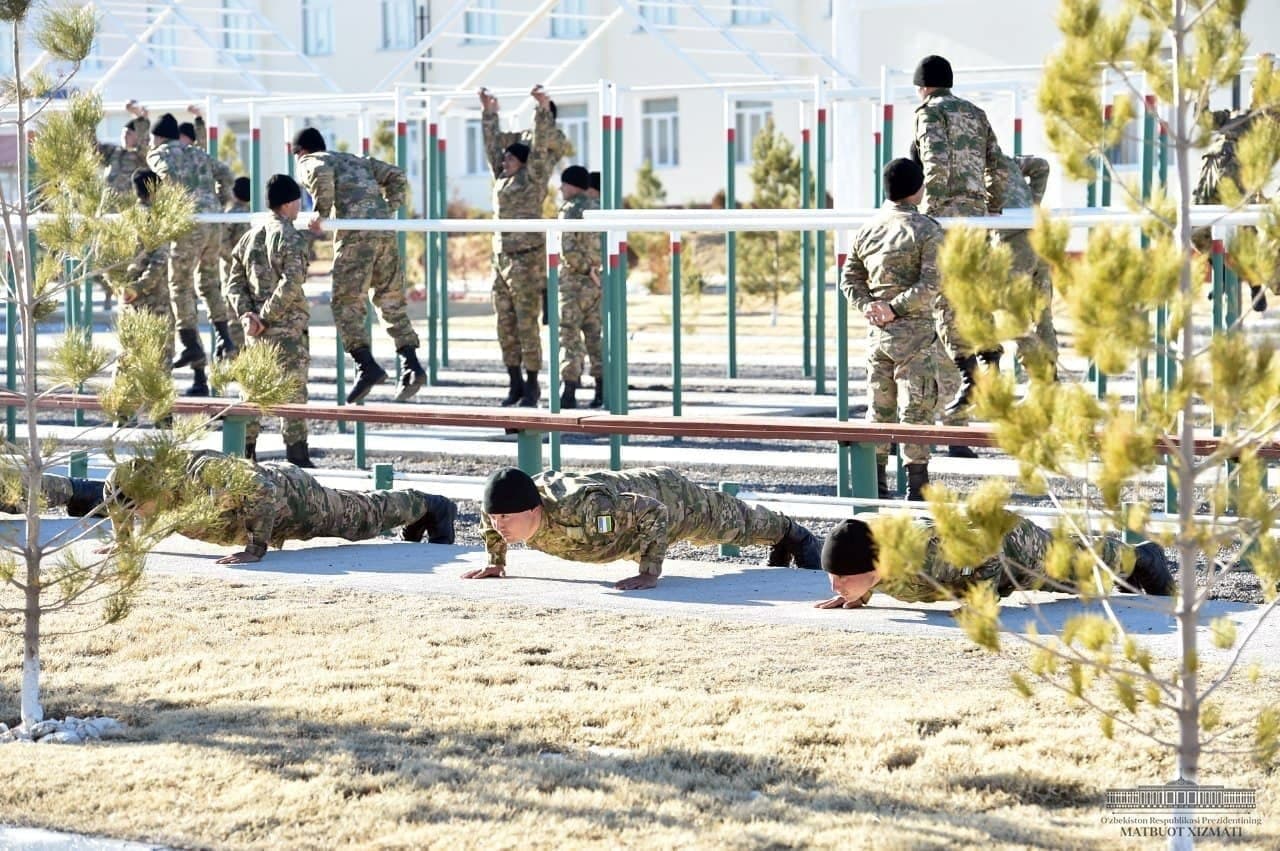 President of the Republic of Uzbekistan, Supreme Commander-in-Chief of the Armed Forces Shavkat Mirziyoyev visited the Forish mountain-based military exercise field in Jizzakh region to get a first-hand view of the combat training of troops of the Defense Ministry.

The head of state had traveled to that training ground in March 2018, given instructions to turn it into an exemplary base, devise a new concept and modernize all military training camps in the country. To this end, this field was brought into line with the requirements of the time, cutting-edge environment was delivered for the advanced training of combat personnel.

One of the effects of the renovation here were the triumphs secured at this training ground by the team of Uzbekistans Ministry of Defense during the International Army Games 2019 and 2020.

Today, at a mock presentation, the President was briefed about the facilities built in the territory. Afterwards Shavkat Mirziyoyev toured the educational building, library, kitchen, barracks, gym. He watched the rugby match between the teams of the Central and Eastern military districts.

The Supreme Commander-in-Chief of the Armed Forces had a talk with servicemen around a table.

Then the head of state examined the modern weaponry and equipment in the armament of the base.

President Shavkat Mirziyoyev then attended a military drill, where the troops of the Central Military District worked out actions to destroy a simulated enemy. Military engineering actions were also demonstrated to the Supreme Commander-in-Chief.

A candid conversation with the personnel took place. The President noted that today, in light of the mounting information threats across the world, the core of reforms in the our national military should be the consolidation of public confidence in the Armed Forces, provision for the unity of the people and the army, education of the younger generation in the spirit of patriotism.

“This drill field must comply with international standards. The level of training of soldiers and officers should also be corresponding. For this, special attention must be paid to the quality of training, combat skills, Shavkat Mirziyoyev insisted.

The head of state congratulated the servicemen and women on the 29th anniversary of the Armed Forces of the Republic of Uzbekistan and the Motherland Defenders Day.

“We have made it tradition to meet on the eve of the holiday, the President said. “Our army today is not the one used to be five years ago. As a result of the endeavors undertaken in accordance with our Defense Doctrine, the capabilities of the national Armed Forces have increased significantly. In addition to the successes achieved, we have loads of plans and challenges ahead. It is essential, for example, to further build up the combat aptitude of our troops. This requires knowledge, experience, training.”

Shavkat Mirziyoyev instructed the executives in charge how to secure regular boost in the combat capability and readiness of the troops.

The President thus completed his trip to Jizzakh region and returned to Tashkent.