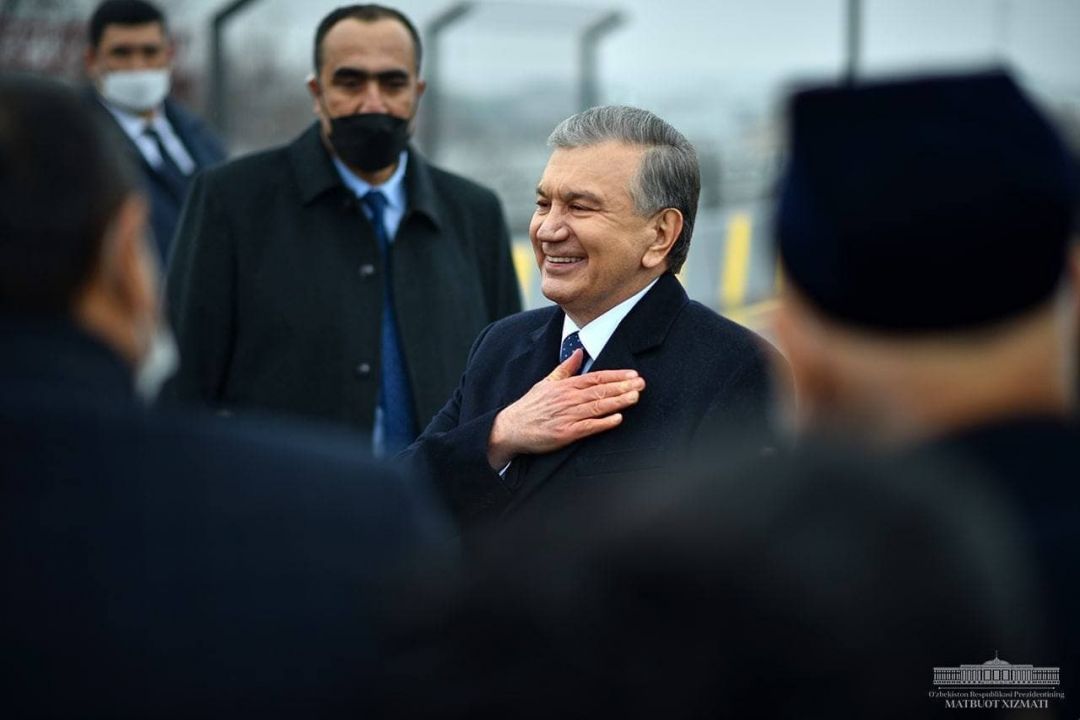 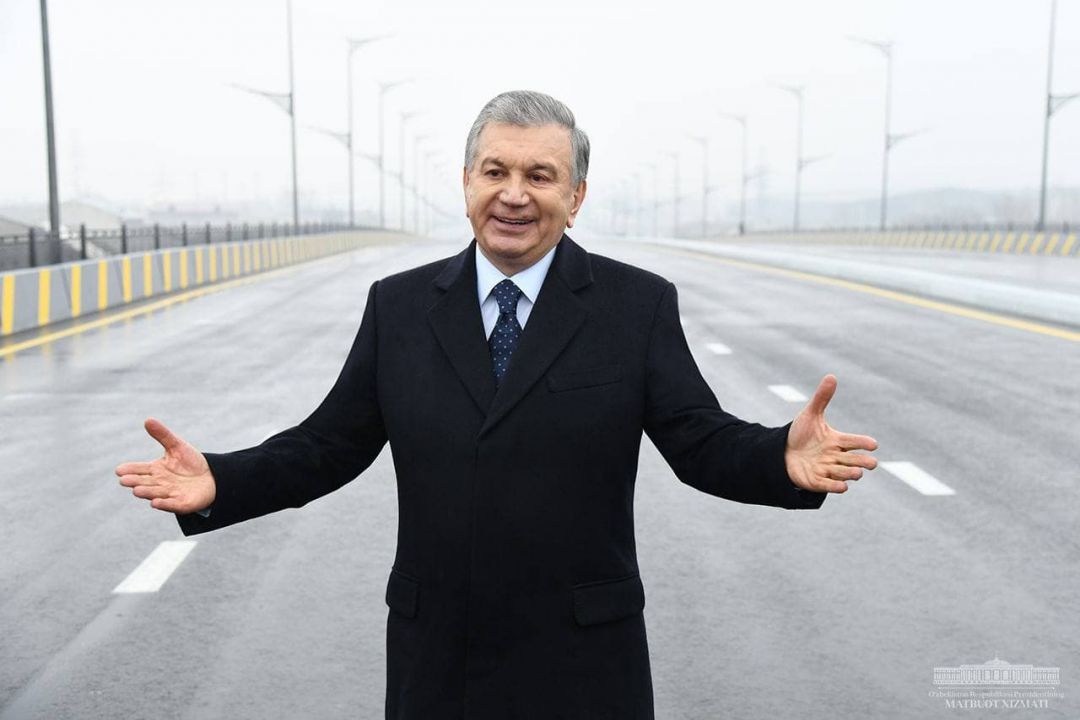 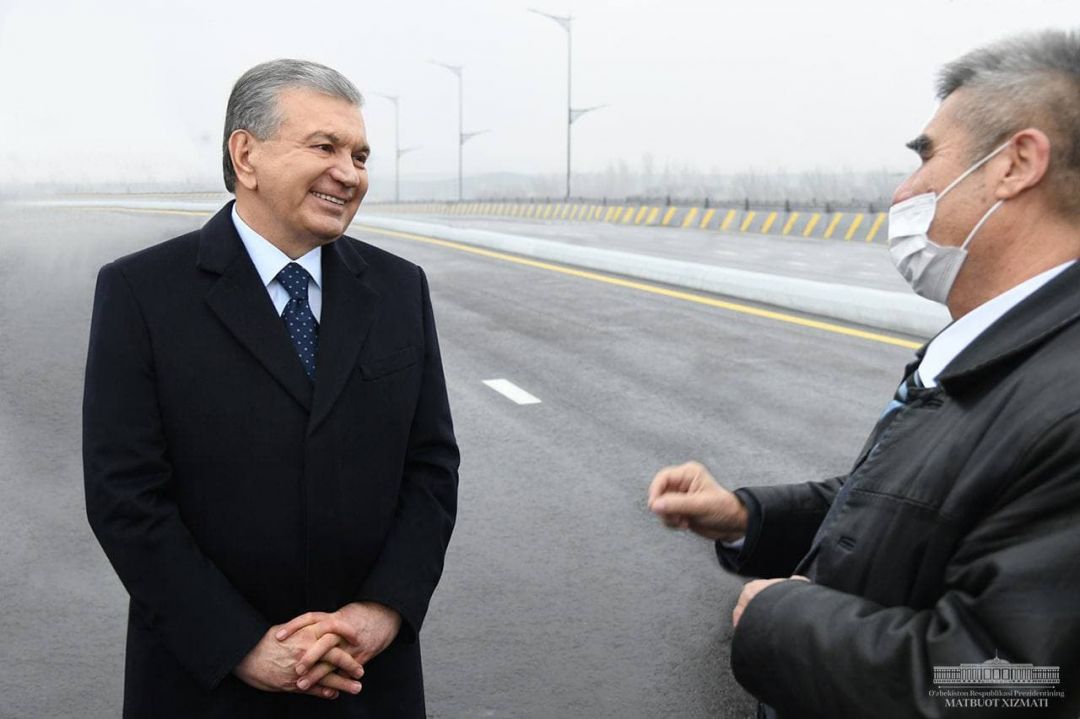 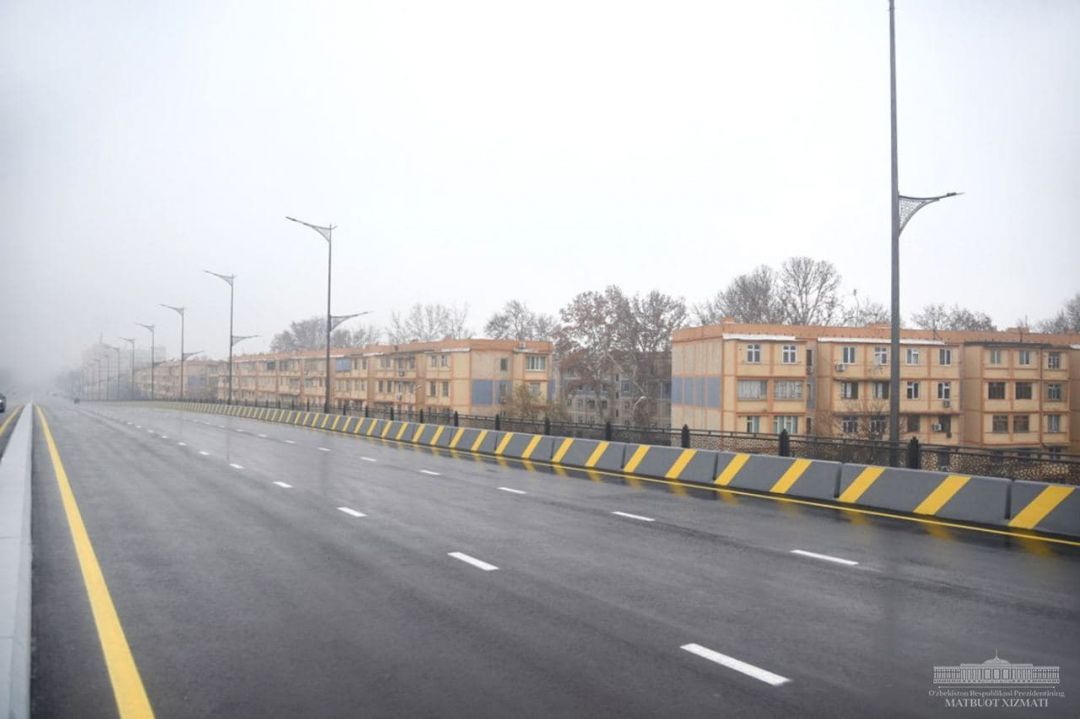 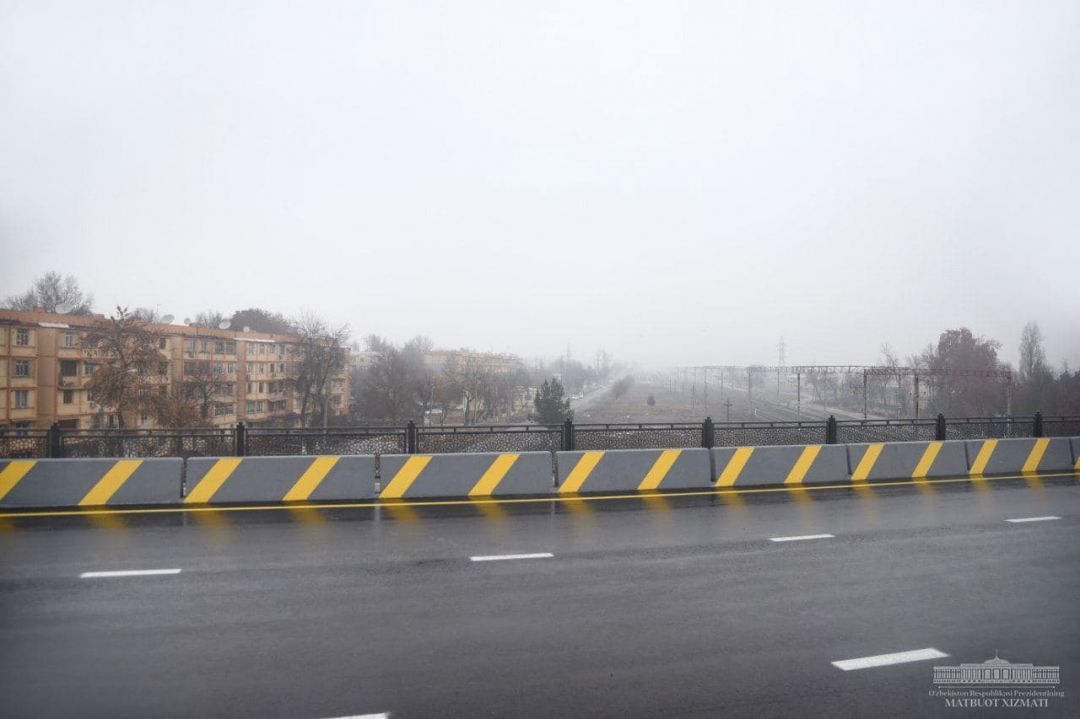 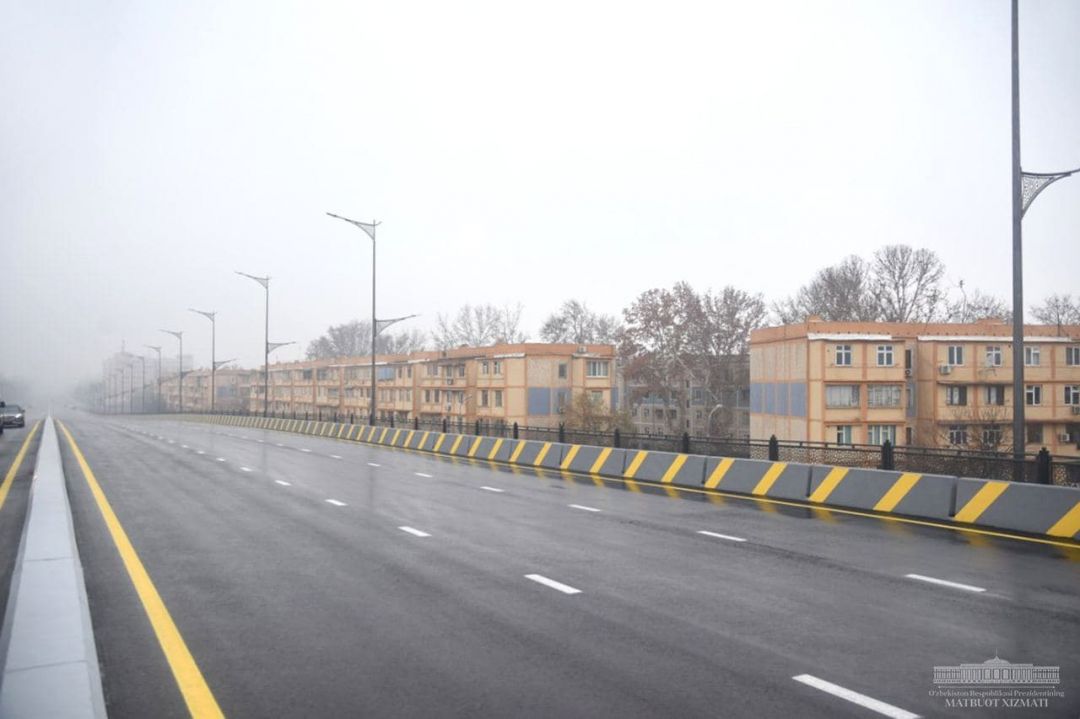 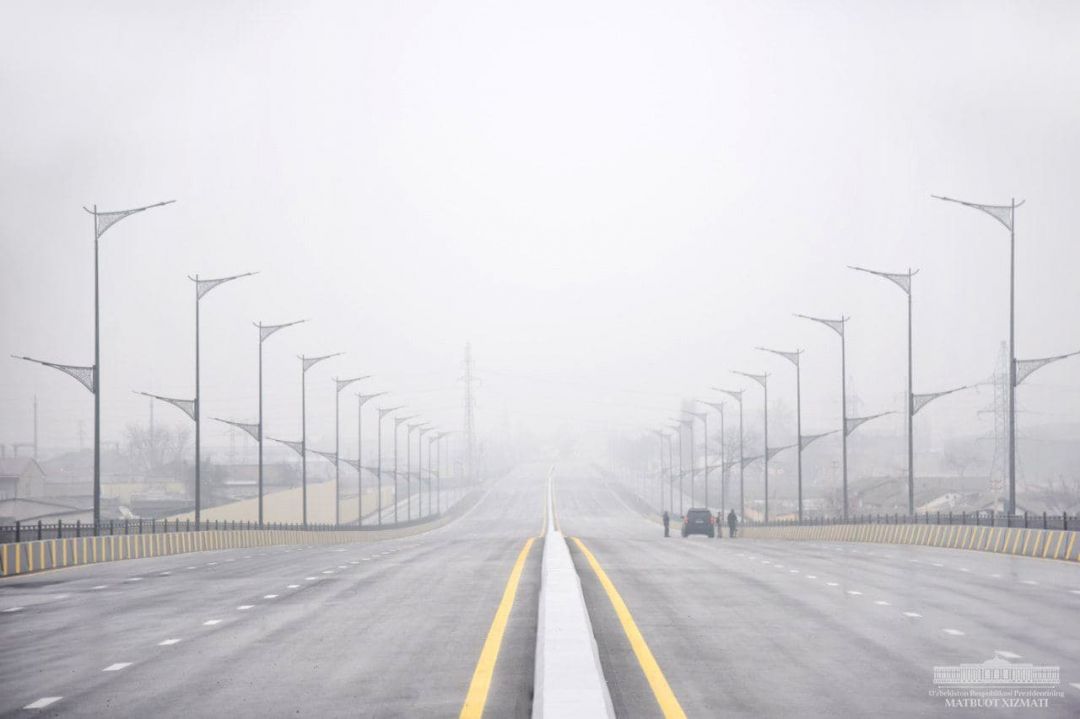 The street intersects with the Tashkent-Angren railway line. Moreover, it used to be narrow and congested.

For this reason, Kipchak Street has been expanded to offer 6 lanes, and a 772 meter-long viaduct was erected over the railway, including 445 meters in the overpass. The height of the bridge is 28 meters.

During his trip to the facility, the head of state paid special attention to its quality and its role in improving the city’s transport system.

The edifice is capable of providing continuous traffic of up to 12 thousand vehicles per hour. Crucially, it connects two major transport arteries – the Tashkent Ring Road and the Yangi Sergeli bypass road. All this is expected to create more convenience for drivers, simplify traffic and relieve other roads.

“At the dawn of the pandemic, we set a goal to get out of it even stronger,” Shavkat Mirziyoyev told representatives of the capital public during a live conversation on the overpass. “We all see what is going on in the world. In some countries, construction works paused for some time. Our people, well disciplined and united in time of hardship, are making all their plans a reailty. Together we can do a lot.”

On June 4, President Shavkat Mirziyoyev got acquainted with the project of the viaduct at the intersection of Tashkent’s Chuponota Street and the Small Ring Road. In the future, this overpass and the new bridge on Kipchak Street will be connected by a new road.

The head of our state also has been briefed today about projects devised in cooperation with the Turkey’s Kalyon on the reconstruction of highways in Tashkent and improvement of the transportation system.