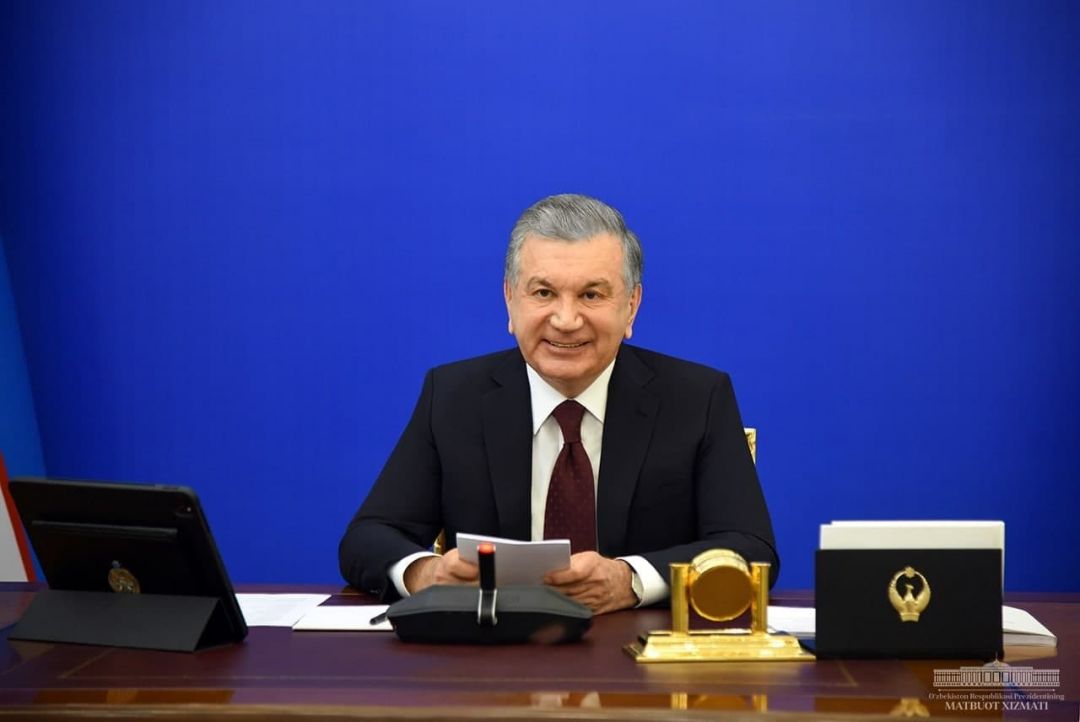 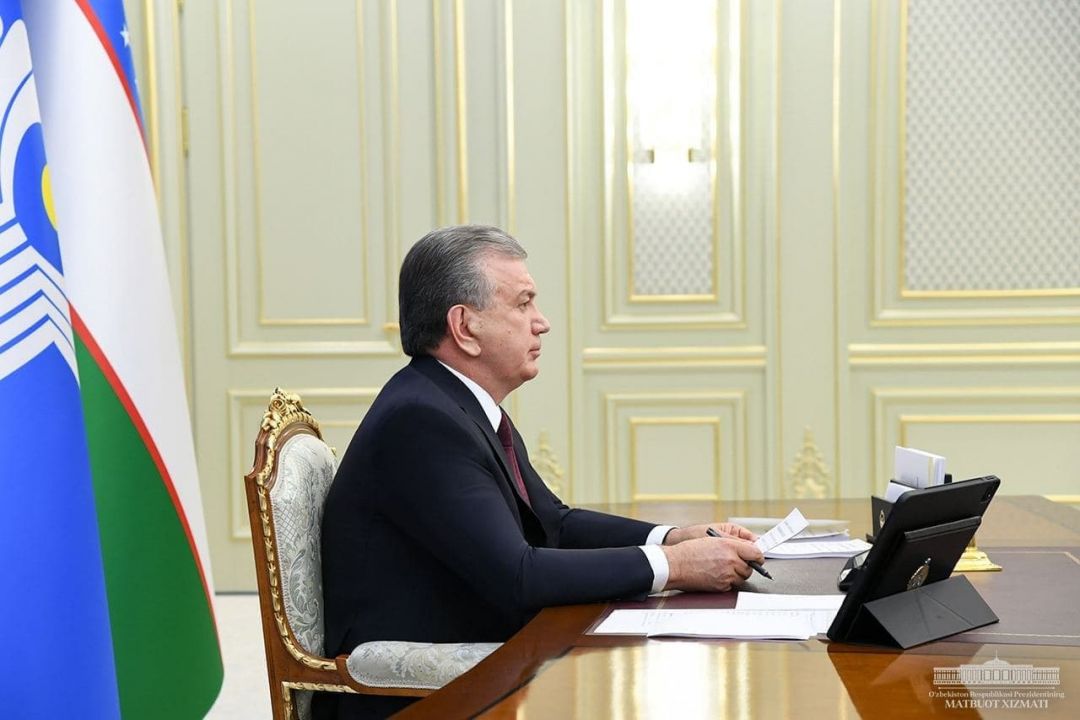 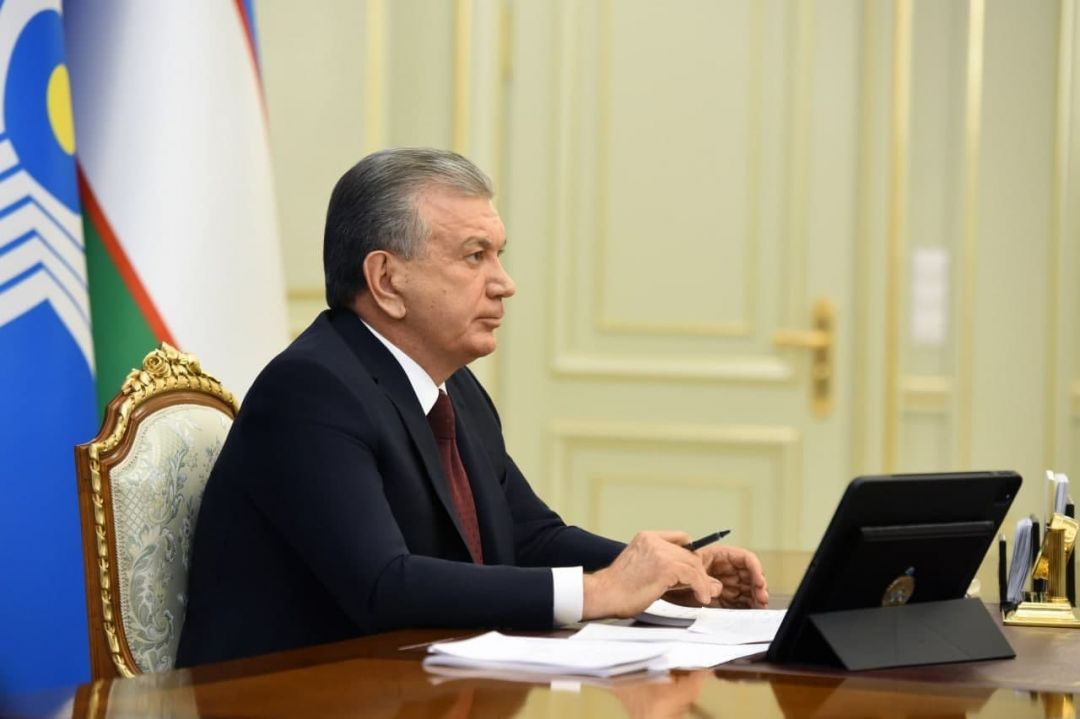 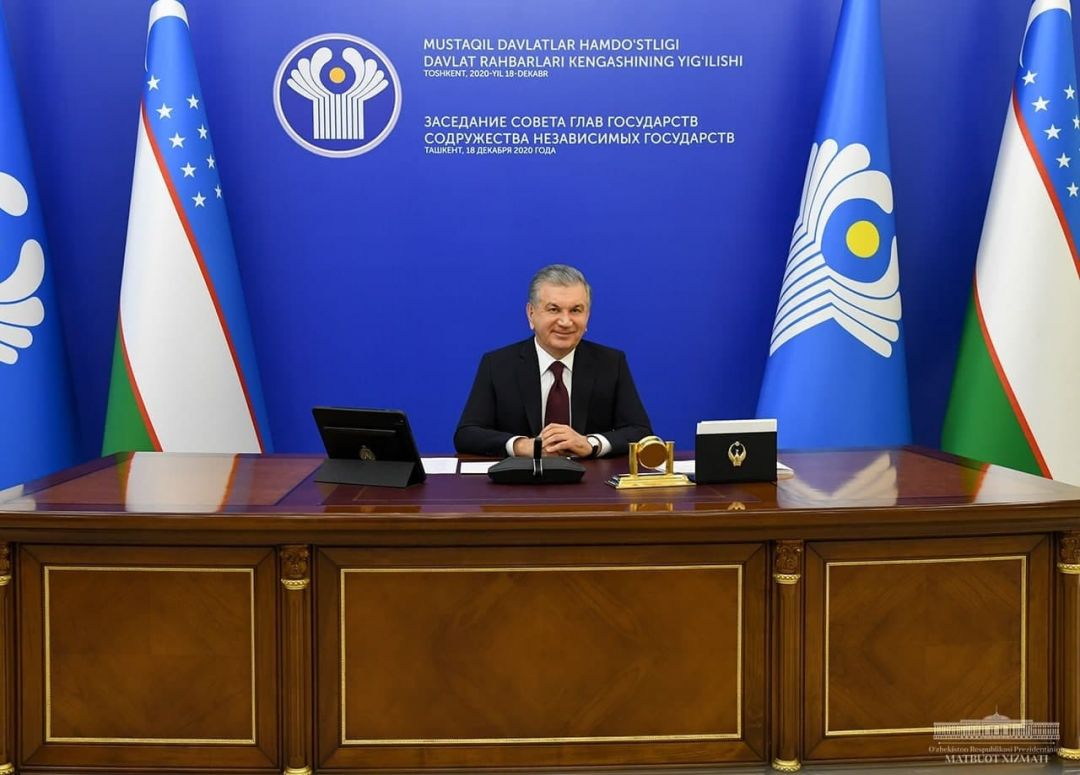 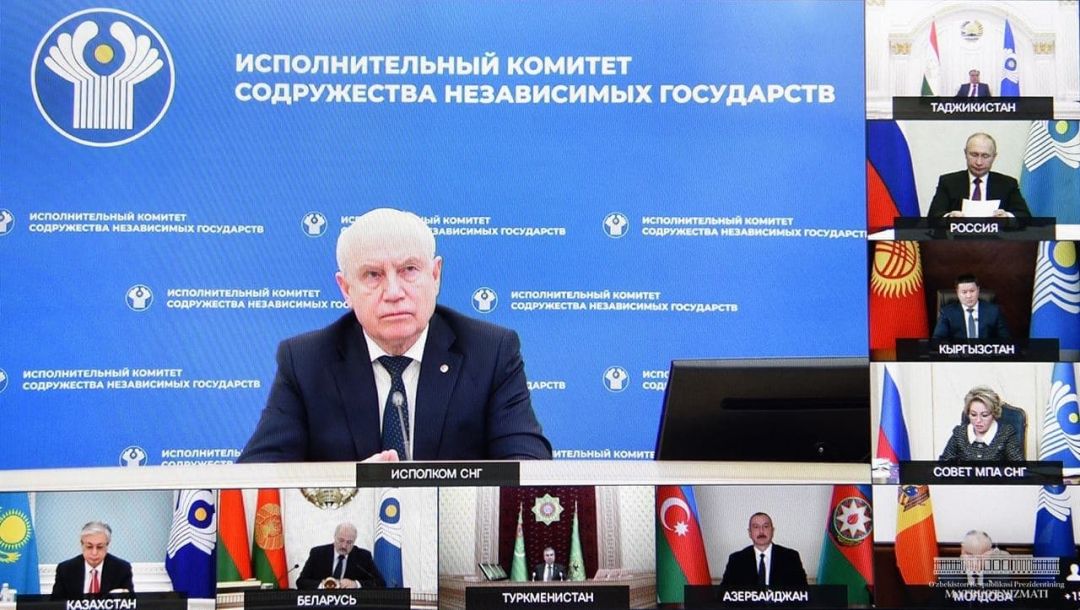 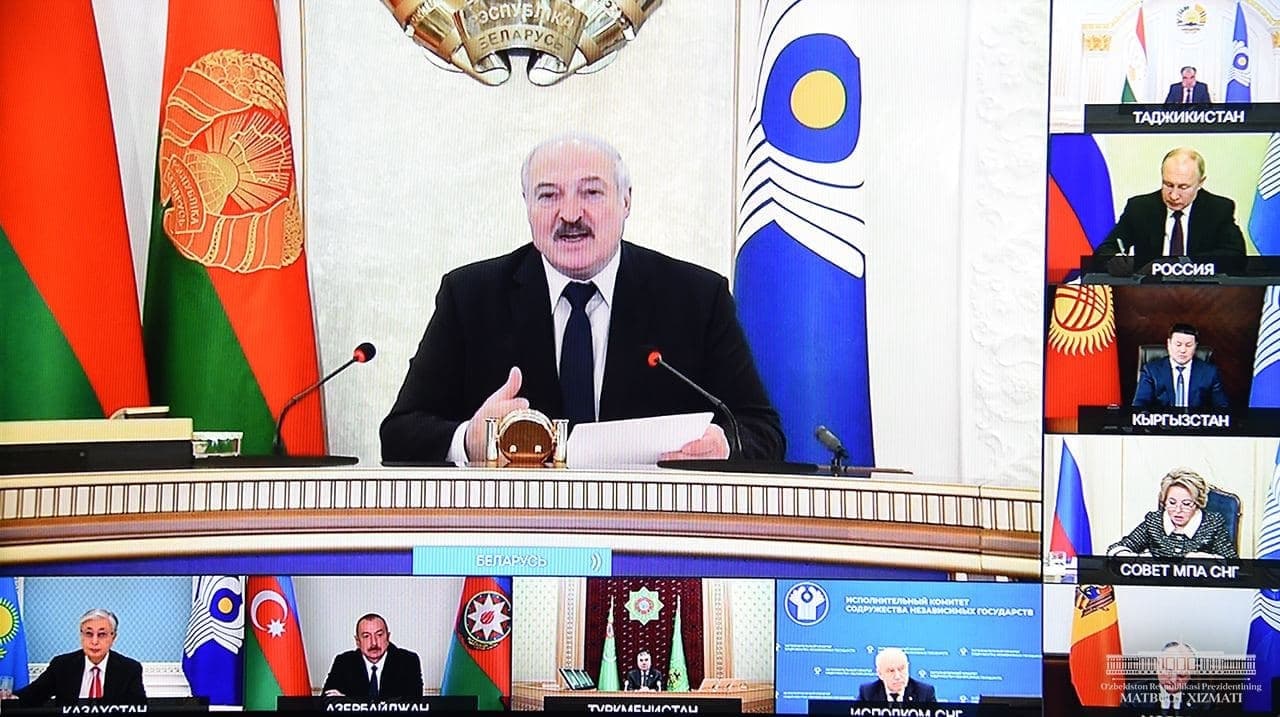 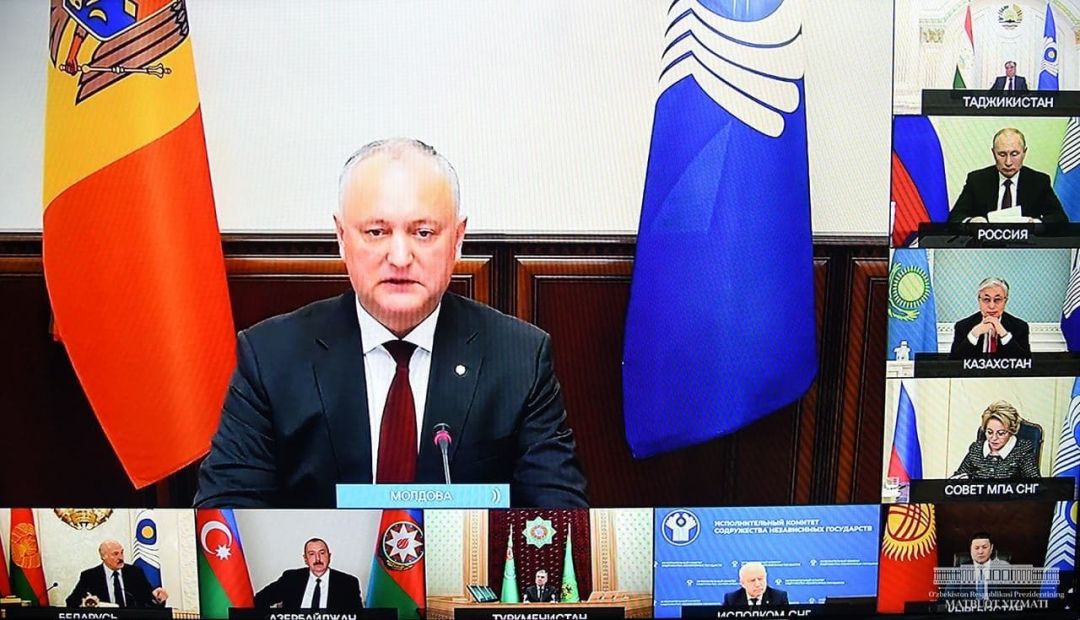 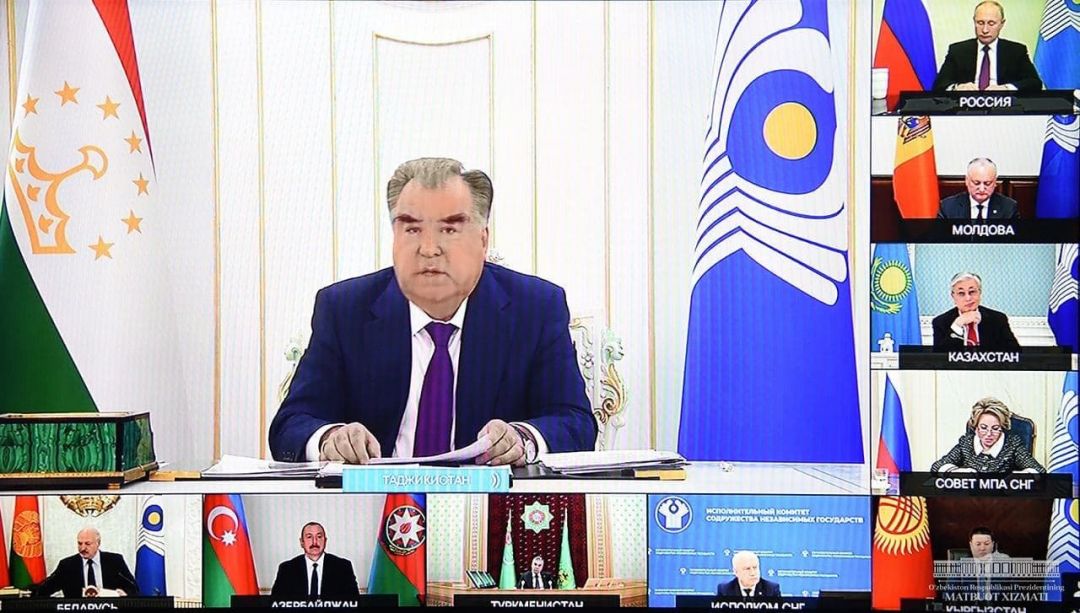 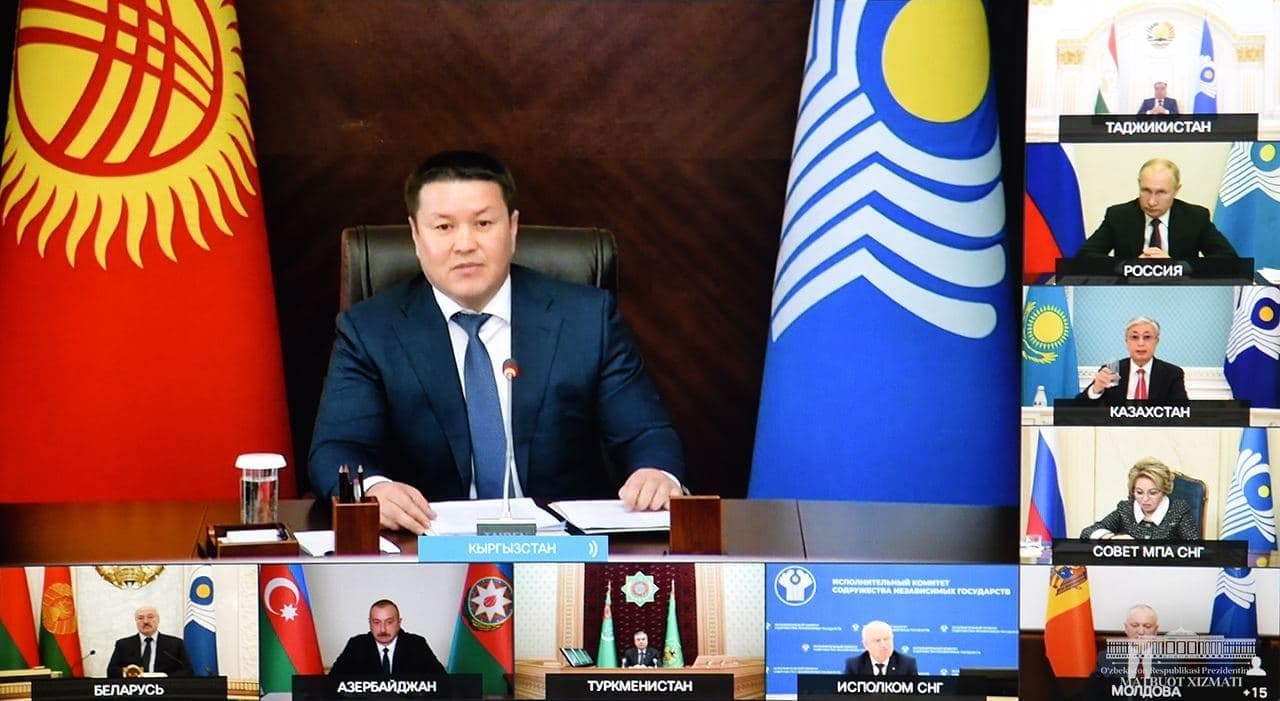 On December 18, President of the Republic of Uzbekistan Shavkat Mirziyoyev chaired a videoconference session of the Commonwealth of Independent States (CIS) Council of the Heads of State.

The leaders discussed the current state of multifaceted cooperation within the CIS, priorities of interaction, and identified joint plans to strengthen partnerships.

In his speech, the head of our state noted that for the first time, the Republic of Uzbekistan assumed the honorable and responsible mission of chairmanship in the Commonwealth of Independent States.

President Shavkat Mirziyoyev expressed confidence that using the vast potential of the CIS, consolidating common efforts, strengthening trust and cooperation will help find optimal ways to get out of the crisis caused by the coronavirus pandemic as soon as possible.

Our country stands for a gradual approach to entering a qualitatively new level of cooperation, boosting the efficiency of interaction mechanisms and the practical implementation of documents adopted within the CIS.

Shavkat Mirziyoyev made a number of proposals for enhancing the multifaceted cooperation within the framework of the Commonwealth.

Thus, in the current circumstances, the priority task is the soonest restoration of the economies, trade and cooperation relations among our countries. Despite the challenges, it was noted, there is a steady growth in trade between Uzbekistan and CIS nations. With some partners, turnover has even grown by more than 20 percent this year.

The leader of our country highlighted the importance of widespread introduction of the practice of green and simplified corridors, the launch of a single platform and the adoption of a roadmap for the development of electronic commerce within the Commonwealth.

Uzbekistan’s President noted the need to elaborate a comprehensive program of industrial cooperation.

It is about the creation of joint clusters in the agro-industrial sector, in the field of mechanical engineering, electrical engineering, light and food industries, pharmaceuticals and other priority areas. The presentation of this program, as well as innovative projects and advanced technologies is proposed to be held during the CIS Forum of Industrial Cooperation due in Tashkent.

In the transport communications field, key tasks have been defined as increasing the competitiveness of transport corridors, harmonizing regulations and standards, pursuing an agreed tariff policy and mutual granting of preferences.

Uzbekistan also stands for the soonest resumption of air communication on a reciprocal basis, in compliance with all sanitary requirements. This will help restore business, humanitarian and tourist exchanges.

Equally acute is the issue of social and legal protection of citizens of CIS nations working in Commonwealth states. As the President of our country noted, the time has come to deliver a single mechanism for the mutual recognition of documents of labor migrants and adopt a separate program in this area.

The formation of an effective system of monitoring and early response to emergency situations of sanitary and epidemiological nature is also acquiring particular relevance. In this regard, the preparation of a corresponding agreement within the CIS will be accelerated.

In order to prevent diseases and promote healthy lifestyle, Shavkat Mirziyoyev proposed to hold the CIS Health Marathon annually with the organization of mass sporting and cultural events.

Within the framework of the next forum of the creative intelligentsia and academia of the CIS, the head of our state proposed to hold a conference entitled “Cultural heritage of Commonwealth nations” in Uzbekistan, to contribute to the consolidation of traditionally close humanitarian bonds.

Speaking about the challenges and threats to security in the CIS area, the President of our country noted the importance of comprehensive support for the emerging peace process in Afghanistan.

“Peace in that country is instrumental to ensuring security and stability throughout the Commonwealth. It also opens up new opportunities for the development of trade and economic cooperation between our countries and South Asia,” Shavkat Mirziyoyev said.

Providing for security in the ideological and information spheres, it was stressed, also require new, unconventional approaches. A previously postponed international expert forum on this topic will be held in Tashkent next year.

In addition, Uzbekistan’s leader suggested that a CIS common electronic platform be established for the exchange of legal information and a program of cooperation in the field of deradicalization be devised.

President Shavkat Mirziyoyev noted the increasing role of parliaments in bolstering the relations of friendship and close interaction in the CIS area. Uzbekistan is ready to hold one of the meetings of the CIS Inter-parliamentary Assembly in Tashkent next year, the session chairman indicated.

Speaking afterwards, heads of other CIS member states expressed gratitude to the Uzbek side for the great work undertaken, which ensured not only the effective chairmanship of the country in the Commonwealth, but also significantly expanded multifaceted practical cooperation within the organization.

In their speeches, leaders came up with important initiatives to deepen interaction in the field of economy, transport, security, in the humanitarian sector, aiming at the consolidation of peace, stability and sustainable development in the CIS.

Towards the end of the summit, President Shavkat Mirziyoyev pointed out that despite all the difficulties associated with pandemic impact, joint efforts have demonstrated the ability of the CIS to effectively adapt to new realities.

The meeting resulted in the adoption of the Concept for the Further Development of the CIS and a plan of basic measures for its implementation, joint statements on the occasion of the 75th anniversary of the UN and on cooperation in the field of international information security.

In addition, decisions were signed on the chairmanship of Belarus in the CIS next year and the organization of the next summit in Minsk, as well as a number of important documents in diverse areas of multilateral cooperation.