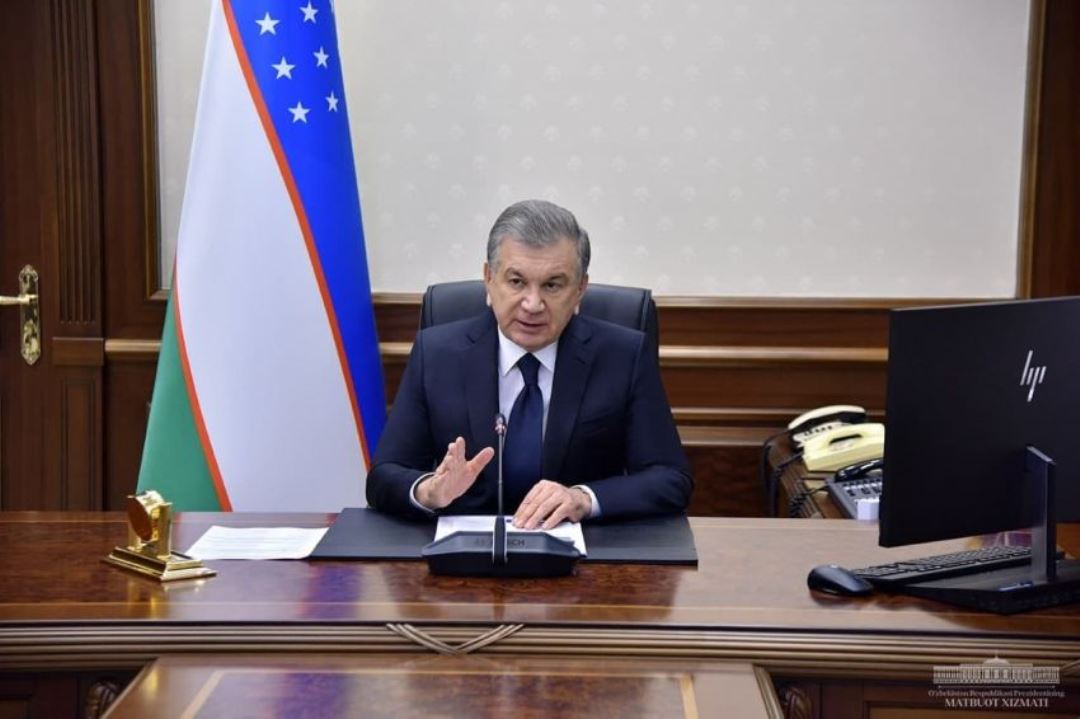 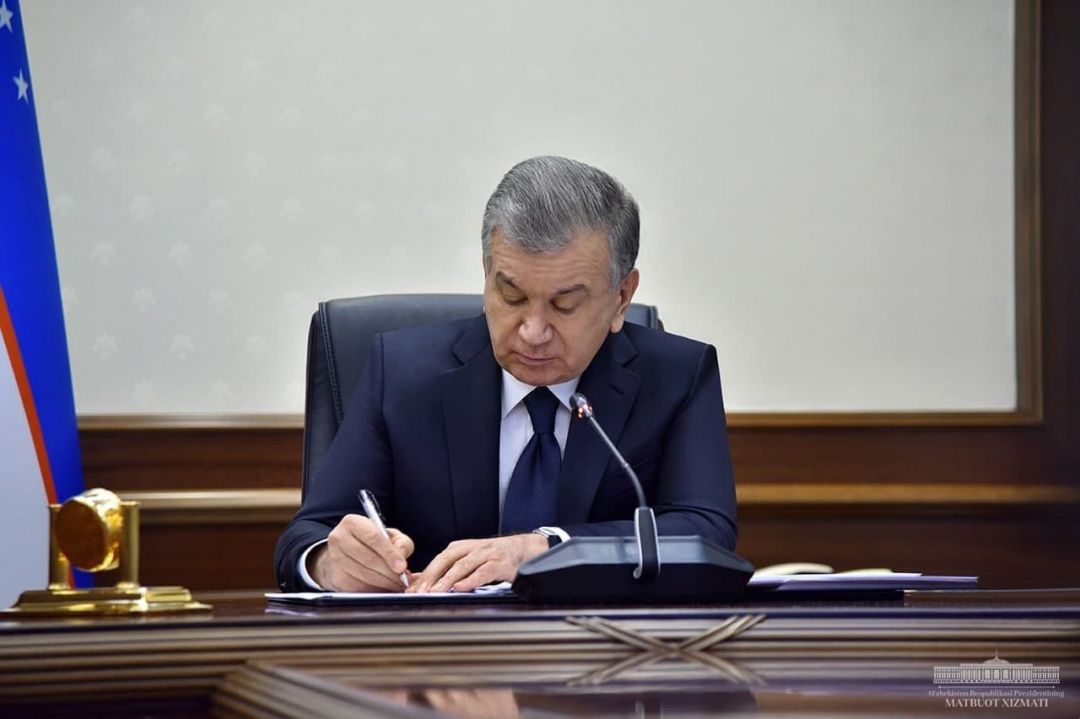 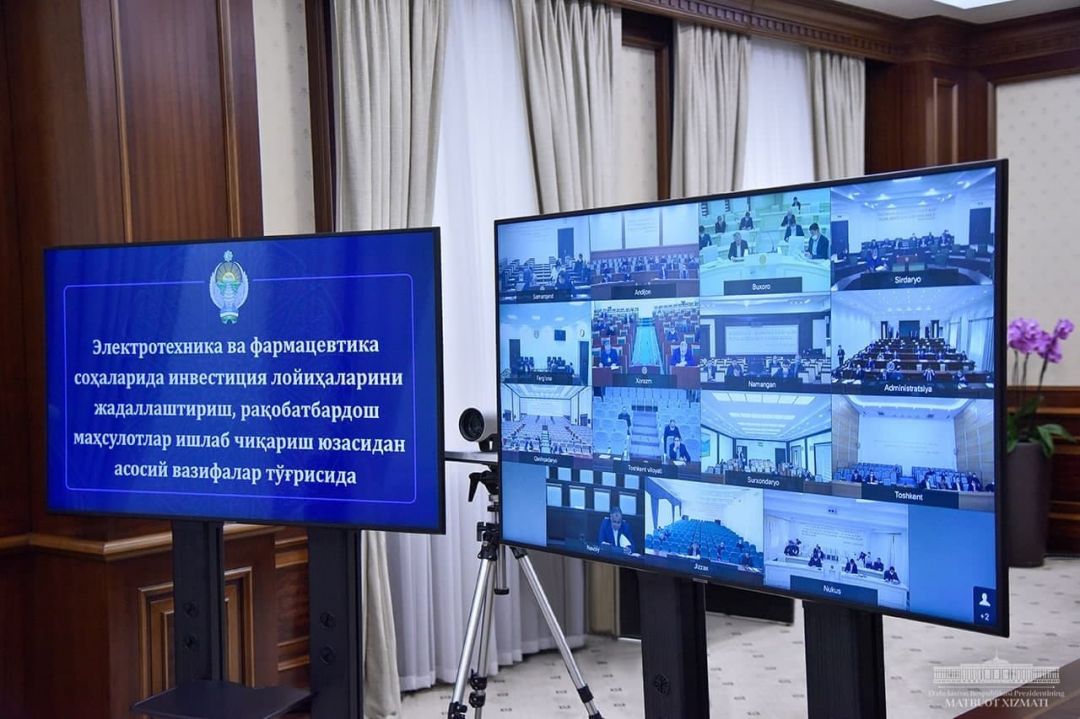 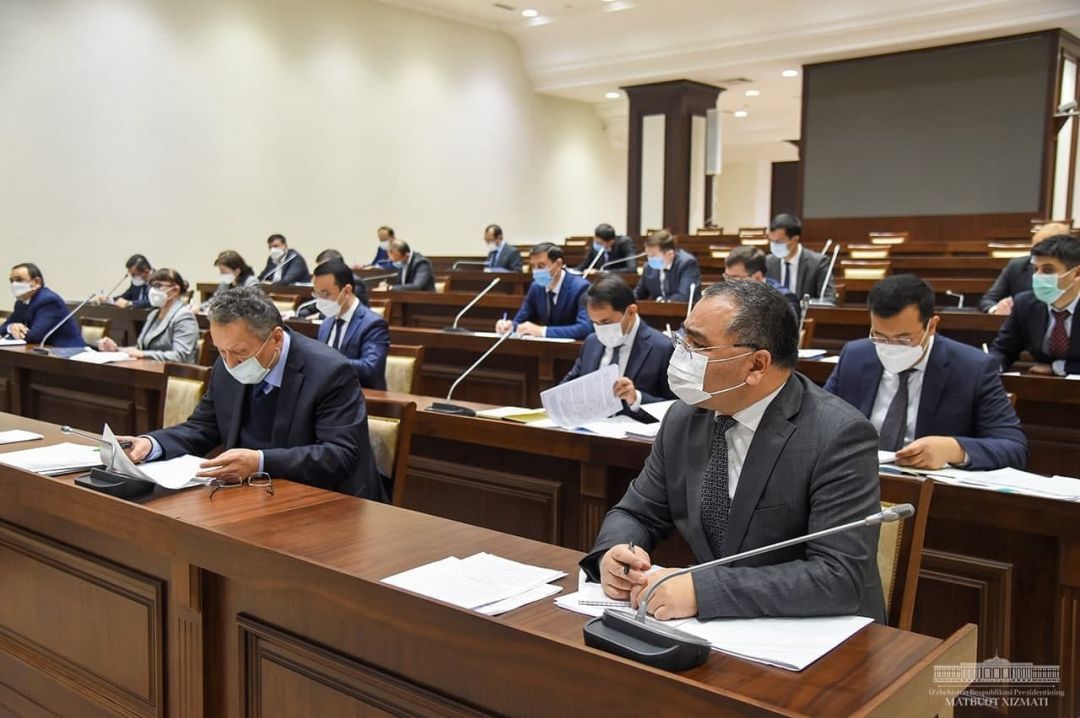 President Shavkat Mirziyoyev has held a meeting on speeding up the implementation of investment projects in the electrical engineering and pharmaceutical industries, as well as securing the production of competitive goods.

As a result of measures taken to modernize these areas and expand the range of their products with higher added value, the volume of exports has increased 1.7 times over the past three years. This year the exports are expected to reach 350 million US dollars.

However, as it was noted at the meeting, untapped opportunities in these two sectors are abundant, and they should serve as a “point of growth” for the economy.

“Over the past 10 months, products worth more than $ 2 billion have been imported in these two industries. This figure itself shows which direction we should work in,” Shavkat Mirziyoyev suggested.

This year, 55 projects were planned to be spearheaded in the electrical engineering sector. Of these, 26 projects have been launched, whereas the implementation of the rest has been lagging behind schedules.

The head of state inquired about the reasons for the delays and urged the officials in charge to remove the existing obstacles.

The need to identify areas to serve as drivers of the electrical engineering industry was emphasized.

Today, the country is importing $ 500 million of goods that are easy to manufacture and costly to transport.

In this respect, the Uzeltekhsanoat Association was recommended to draw up a list of such merchandise and establish their production in industrial zones in the city of Tashkent and Khorezm region.

The sector intends thus to augment exports to $ 310 million by the end of year and reach $ 370 million in 2021. Shavkat Mirziyoyev noted promising prospects of using global online trading platforms and participation in international tenders. He set the task to establish a laboratory and a certification center next year for the implementation of international standards.

The meeting participants also discussed the execution of projects in the pharmaceutical industry.

Out of 37 investment projects for $ 100 million intended for the current year, only one has been completed thus far.

The President instructed to begin practical works next year on 37 projects worth $ 149 million.

Another drawback detected in the industry is that half of the 16 major enterprises set up in recent years are not working at full capacity. Responsible executives have been ordered to analyze the state of these enterprises and help them to reach full capacity.

Although more than 3 thousand types of medicines are produced by domestic companies, these are generally simple generics to manufacture.

“The pandemic has opened our eyes. It showed, among other things, that the pharmaceutical industry is a strategic sector in terms of not only the economy, but also security. It was hardly accidental that we organized farm zones first and foremost. We must change our views on many things,” Shavkat Mirziyoyev insisted.

In this regard, the President stressed the need to switch to the production of medicines with a high level of safety and efficiency.

Thus, there is an opportunity to establish next year the production of drugs for parenteral use in Namangan region, of hormonal drugs in Samarkand region and blood medicines in Tashkent region.

Owing to the cultivation of medicinal species on plantations and the introduction of their industrial processing over the past 10 months, the export volume of drugs made from them amounted to $ 40 million. In the regions, 14 clusters were established for $ 42 million for the processing of therapeutic plants.

This year, the area of ​​remedial plantations reached 16 thousand hectares, and the volume of harvested crudes amounted to 22 thousand tons. But this is still not enough, it was noted.

In this respect, the President set the task to at least double the production, processing and export volumes of such goods next year.

Instructions were given regarding the cultivation of stevia, a sugar substitute for diabetics, industrial processing of export-oriented plants, such as althaea, rosehip, Jerusalem artichoke, thistle, saffron.

157 out of 207 enterprises were reported to have failed to implement international standards. Shavkat Mirziyoyev urged the executives to enhance work in this area and set a target of $ 55 million worth exports of pharmaceutical products for 2021.

Heads of sectors and regions briefed the President on their vision to address the tasks outlined at the meeting.