Hokims report on their support for free enterprise 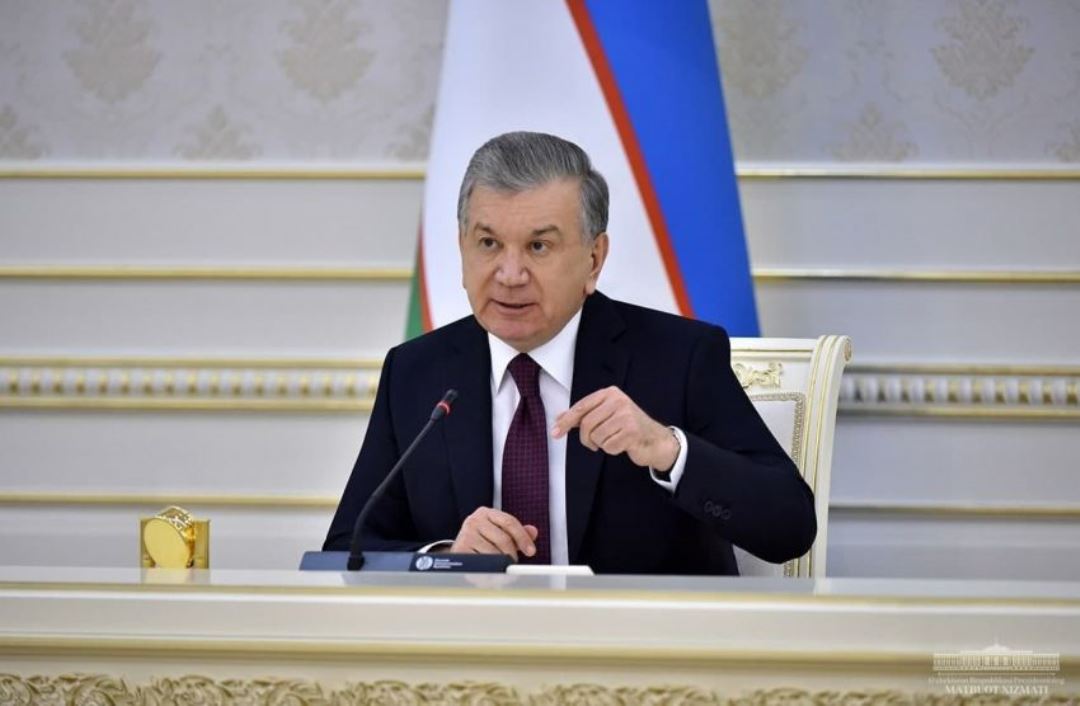 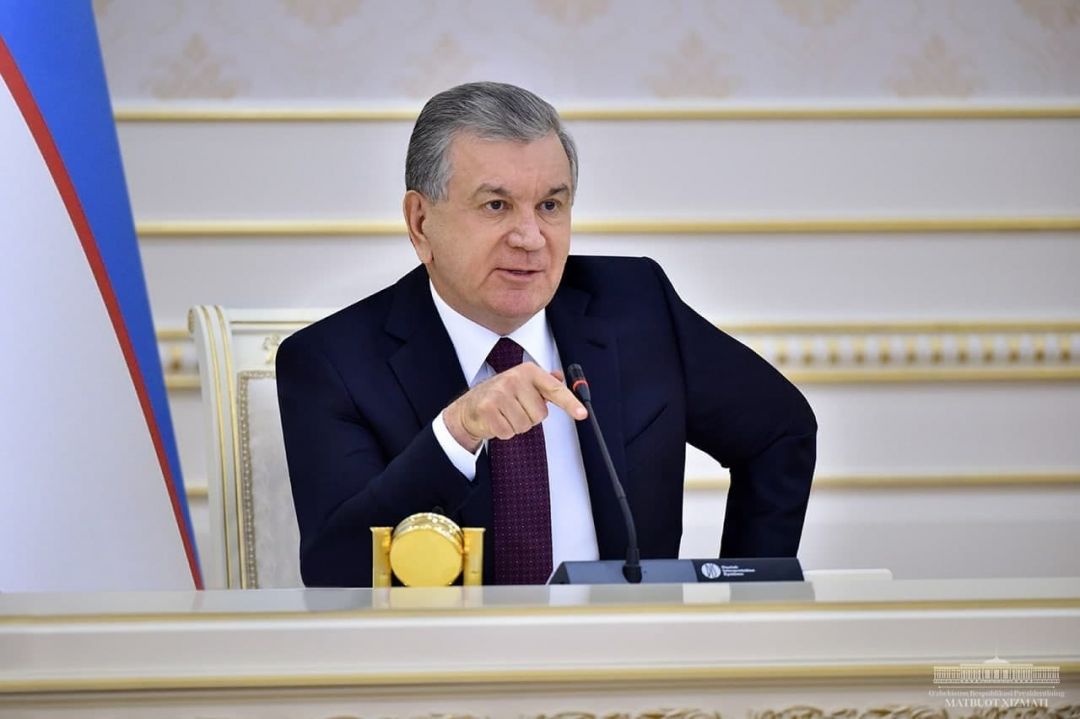 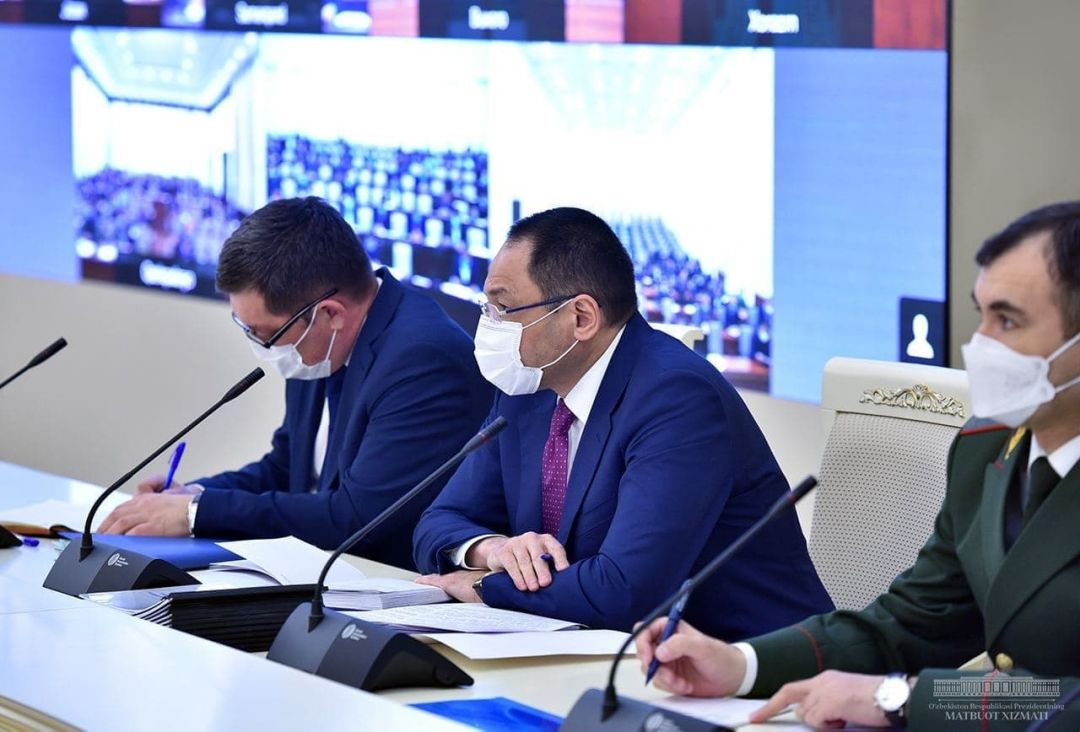 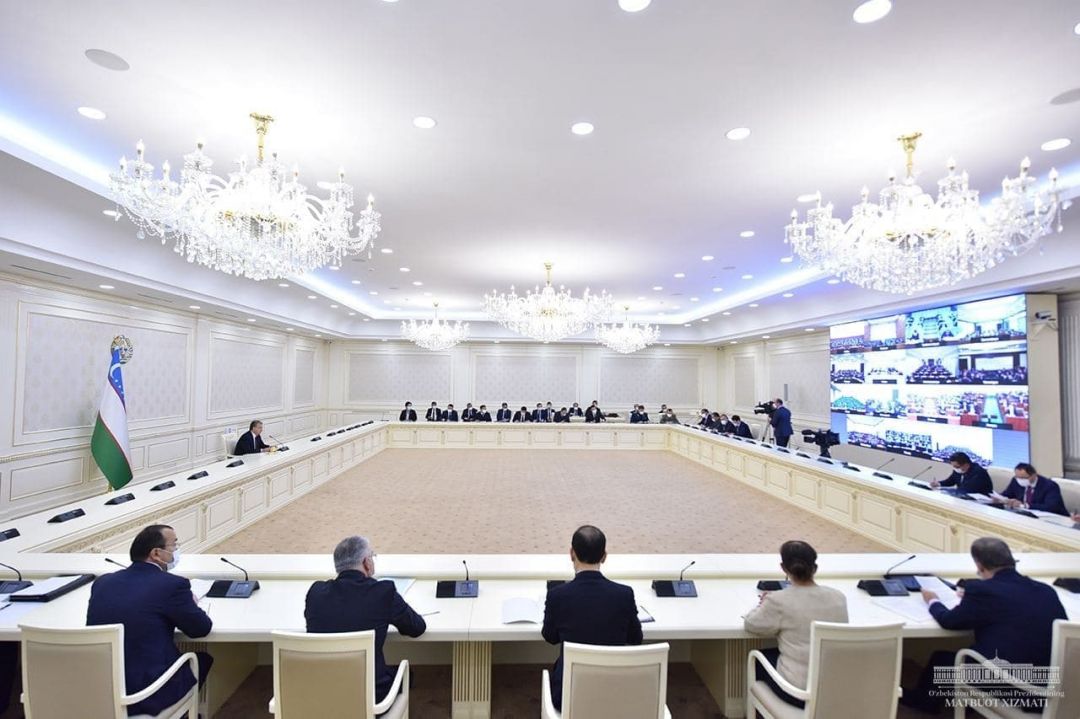 A videoconference session has been chaired by President Shavkat Mirziyoyev to discuss the effectiveness of measures taken on the ground to support entrepreneurship.

As you may know, at the dawn of this year, hokims of all levels appealed to the people and outlined specific plans for the development of entrepreneurship. In spite of the pandemic-related thorniest developments this year, everything necessary for their implementation was delivered from the center, resources were allocated sufficient to support the business.

The meeting participants reviewed the performance of hokims and sector leaders on the main task assigned to them, namely, creating new jobs and removing low-income families from the “iron book”.

Thus, over 10 months, 12 thousand permanent jobs were set up in the Syrdarya region. As a result, about 90 percent of the unemployed included in the “iron book” were employed.

Job creation indicators in the Karshi and Kitab districts of the Kashkadarya region, the Kyzyltepa, Uchkuduk, Navbahor districts and the city of Zarafshan in Navoi region were named as successful. But in a number of districts, work in this direction was recognized as unsatisfactory.

“Each region has great resources for the development of entrepreneurship. It remains only to use them effectively. Local leaders must think and work on this every day,” the head of state pointed out.

At the start of the year, it was planned to allocate 4 trillion soums to finance family entrepreneurship programs. However, thanks to the additional funds channeled throughout the year, the volume of soft loans provided to the population and entrepreneurs reached 5.2 trillion soums.

The meeting participants analyzed the effectiveness of these funds. For example, in Khorezm region’s Shavat district, 26 billion soums of loans were allocated to families, which led to the creation of 1.5 thousand jobs. In other words, every billion soums helped deliver 56 jobs.

The President noted that entrepreneurs need 1 trillion soums of loans to spearhead new projects. In this sense, the Ministry of Finance was instructed to place 1 trillion soums in Khalq Banki, Microcreditbank and Agrobank as resources for family business programs and attracted through issuing Eurobonds.

Khalq Banki was urged to devise projects related to women’s entrepreneurship and train women in doing business. It was indicated that the bank employees should help promising, capable ladies to set up their own business and run it.

As a result of the privileges provided for entrepreneurial activity, 78 thousand enterprises were established over the past 10 months. In particular, 500 jobs were created in the new small industrial zone in Khavast district, Syrdarya region, owing to the implementation of 7 projects. In general, 170 enterprises were launched in the district.

The President slammed the work on stimulating active entrepreneurship in Yazyavan (Ferghana region), Uchtepa (Tashkent), Shafirkan (Bukhara region) and Bekabad (Tashkent region) districts. The Ministry of Economic Development and Poverty Reduction has been instructed to craft a ‘business patronage’ system for comprehensive assistance to entrepreneurs in such districts lagging behind in these indicators.

96 thousand enterprises that had to suspend their work due to the pandemic have already resumed their activities, it was noted at the meeting. Shavkat Mirziyoyev emphasized the critical importance of assistance in restoring other business entities.

One of the greatest challenges entrepreneurs in regions face is that of access to land resources, as analyses of their appeals suggest, the head of our state pointed out and ordered local leaders to address this issue more profoundly.

The meeting participants discussed issues related to the improvement of infrastructure. Within investment programs, it was reported, 264 billion soums is to be allocated to 22 districts lagging behind in development, and an additional 736 billion soums to other districts.

Shavkat Mirziyoyev harshly criticized the activities of hokims of Bukhara, Jandar and Syrdarya districts – who have failed to properly organize work to create jobs, solve problems and support entrepreneurs – and questioned their suitability to their posts.

The President insisted that hokims regularly report to local kengashes (local representative bodies of government) on the development of entrepreneurship with ensuing discussion of the progress reports. This would be a criterion to evaluate hokims’ performance. Specific plans for 2021 would also be determined and discussed during such kengash sessions, the head of our state suggested.