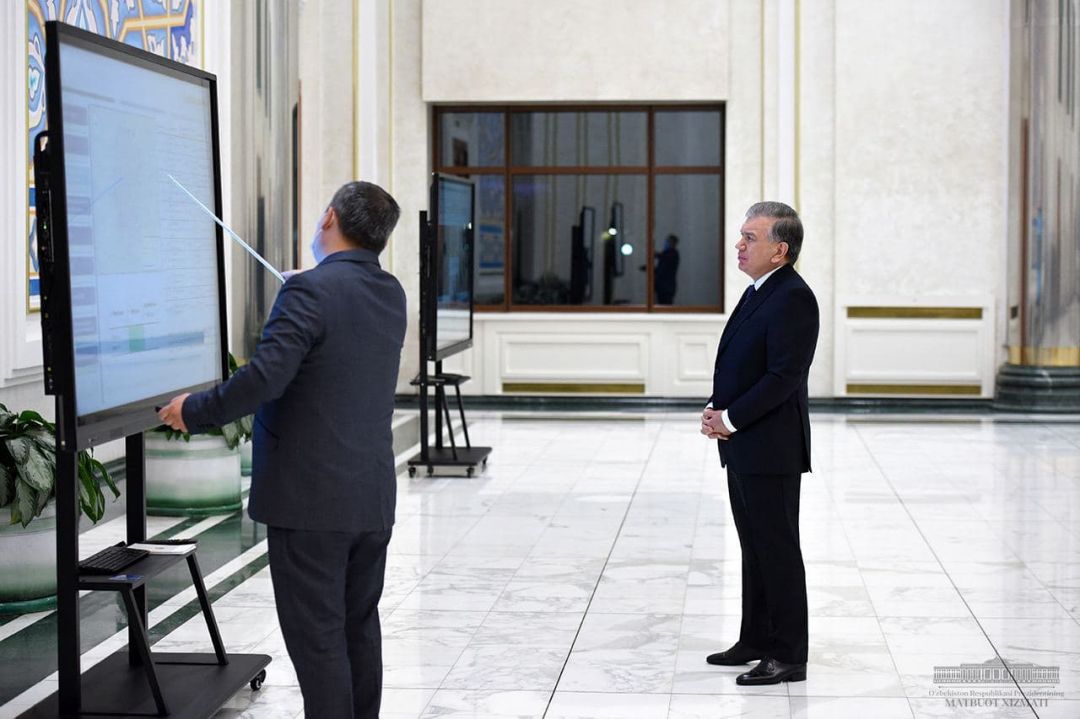 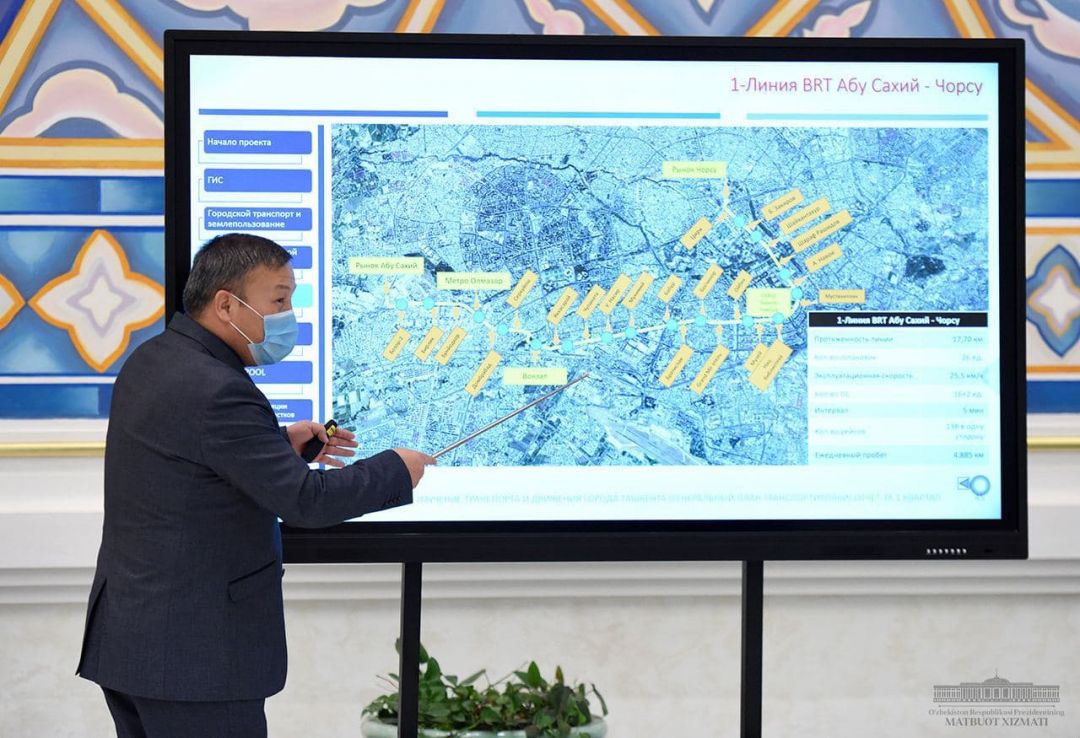 On November 23, President Shavkat Mirziyoyev was presented the concept of transport infrastructure development in Tashkent.

The population and hence the transport load in the capital city has been growing. Over the past 10 years, for example, the number of cars in the metropolitan area has doubled, from 250 thousand to 510 thousand.

In particular, two stations of the Yunusabad line of Tashkent metro and the first stage of the over-ground ring metro have been commissioned this year. 56 public transport routes were optimized. As a result, the transport service for 170 thousand people has improved, and the travel time has been cut by an average of 15-20 minutes.

However, the traffic load on the streets of the capital remains high, and there are drawbacks in the management of traffic flows.

In this regard, the President had instructed earlier to streamline the system and public transport infrastructure in Tashkent.

This led to a comprehensive study of the pressing issues on the capital’s streets and roads. The analysis of transport and passenger flows was carried out using a geo-information system.

The study results were disclosed at today’s presentation to the President.

Tashkent is home to more than 500 large intersections of roads, 200 of which have a low level of traffic capacity. Due to the lack of parking spaces, vehicles usually amass along the edge lanes of the road, making it difficult for others to move. Drivers also feel travel signs insufficient for safe and comfortable journey. Pedestrian and cyclist traffic are attached little significance.

Based on the comprehensive study, a preliminary draft master plan was devised to improve the road infrastructure and transport system of Tashkent.

Calculations show that the implementation of the project, providing for the optimization of traffic at 24 major intersections in the capital city, will reduce the number of stops by an average of 71 percent and the time of stops by 48 percent, cut congestion by 64 percent, and lessen fuel consumption by 34 percent.

Particular attention was paid to improving the operation of public transport in Tashkent. The head of state noted that the population is absolutely not satisfied with passenger transportation services. For example, the interval between buses on 79 routes during rush hour reaches 30 minutes. As a result, people prefer other types of transport. Today, only 33 percent of passengers use metropolitan public transport. In advanced nations, this figure is normally 60-70 percent.

In this respect, the President set the task to perfect the infrastructure, ensure the velocity and convenience of public transport.

For this, management of the metro, as well as the customer and control functions of Toshshahartranskhizmat JSC will be transferred to the Tashkent city transport department. Funding will also be provided by the department, which will allocate moneys to transport companies depending on the volume of work actually performed and the distance traveled.

Responsible officials were given directives to rationalize public transport in Tashkent on the basis of a unified system, determine the amount of funding and differentiated tariffs.

The head of our state instructed to assign lanes for public transport on the most loaded multi-lane roads, install parking meters on the central streets, increase the number of pedestrian and bicycle paths.

The President emphasized the need for a deep transformation of Toshshahartranskhizmat JSC, improvement of the activities of Transport University.

Special attention was paid to bolstering the economic and technical capacities of the public transport system.

The task was set to revise, based on the experience of Tashkent, the road transport system in other cities of the country, to transform the central streets into modern metropolitan ones, as well as to optimize the activities of public transport in Samarkand, deliver conveniences for the population and tourists.