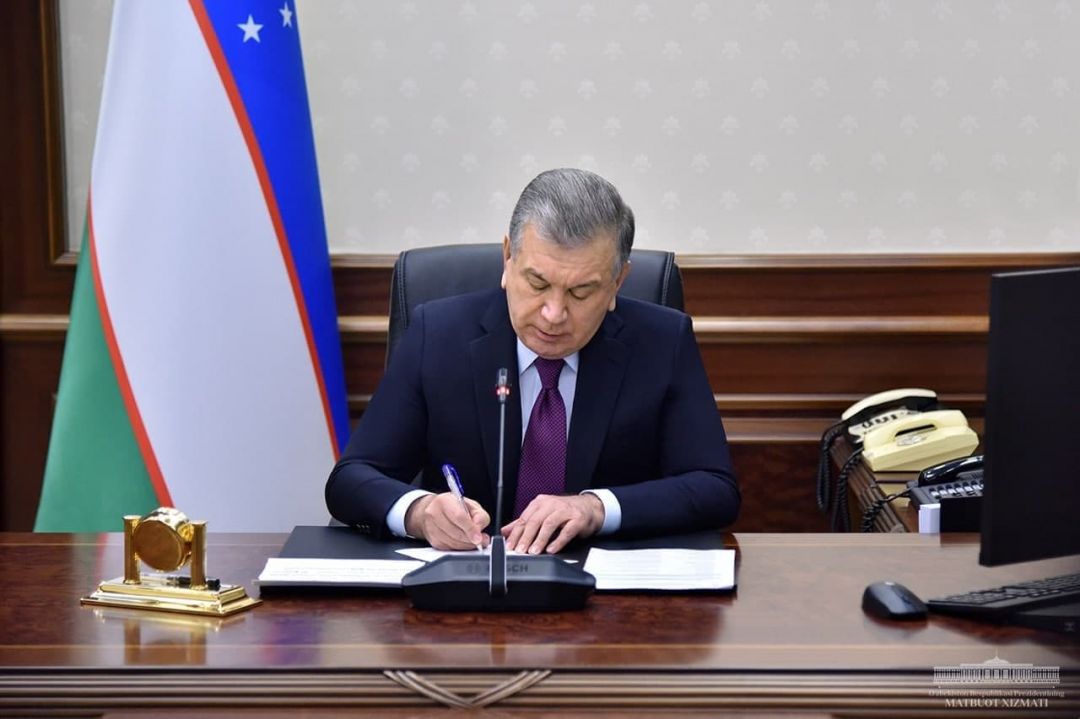 President Shavkat Mirziyoyev has held a meeting to discuss priority tasks to improve the work of the national hydro-meteorology service.

This type of service is important for many sectors like agriculture, energy, transport, ecology. But due to the lack of proper attention over the years, the system in Uzbekistan has lagged behind the times. For instance, upper-air observations have not been conducted since 1995, which reduces the reliability of weather data. Under international standards, there should be 4,000 met operational stations throughout our country, but in reality they number just 335.

The economic and technical capacities of the national Center for Hydro-meteorological Service (Uzhydromet) is outdated, and the economic profitability is low. In particular, over the past 9 months, the center was able to cover only 6 percent of expenses from its own revenues.

“Hydro-meteorology is one of the areas important for ensuring our safety. Today the main task is thus to change the quality of services in the system,” Shavkat Mirziyoyev told the meeting participants.

Officials in charge of the sphere presented a report on the phased commercialization of the Center’s services.

Today meteorological data is provided free of charge to 35 government and nongovernmental agencies, including about 20 commercial organizations. The charge for services is lower than their cost, and the tariffs have not been revised for the last 15 years.

The head of state stressed the importance of revising prices and expanding the coverage of paid services.

The availability of a range of untapped resources was indicated. For example, next year, on the basis of a public-private partnership, one solar power station will be built in Karmana and Nurabad districts each, while three solar and one wind power plants are intended to be erected in 2022. These stations will use the services of the meteorological service to plan their power generation.

In addition, paid services can be provided to internet portals for weather forecasting, clusters and foreign research institutions.

Uzhydromet stores observational data for the last 100 years. That is 18 million sheets. The President set the task of fully digitizing this data.

The deficiencies in the material and technical support of the meteorological service were discussed in detail. It was noted that only 14 out of 70 weather stations are automated. The weather forecast is made using 10-year-old software, which negatively affects the promptness of preparing data on weather and natural disasters. It was emphasized that the existing three weather radars in Tashkent, Samarkand and Nukus are hardly enough.

In this regard, Shavkat Mirziyoyev instructed to install radars in the Bukhara, Navoi, Surkhandarya and Namangan regions in the coming years, automate all meteorological stations, build new ones as well as hydro-meteorological posts. The implementation of these measures will improve the quality and efficiency of the service.

Uzhydromet is the regional center of the World Meteorological Organization. Stressing the importance of preserving this status, the head of state urged the executives to organize a regional hub in Samarkand in 2022 to collect, process and store backup data.

Meteorological data is instrumental in ensuring the efficiency of agriculture. Enterprises of the agro-industrial complex abroad are provided with more than 20 types of services like determination of plant moisture, precipitation, soil temperature. In our country, there are only 9 types of such services. Agro-meteorological observations are carried out at 96 stations and posts, their number has increased by only 5 over the past 10 years, which is why the reliability of forecasts does not exceed 80-85 percent.

The Center for the Hydro-meteorological Service was given directives to establish additional agro-meteorological posts in each region next year. The President pointed to the urgency of installing agro-meteorological stations and measuring instruments in Jizzakh and Kashkadarya regions within the framework of a grant from the World Food and Agriculture Organization, expanding the range of services to 14, and then introducing this practice across the country. The task was set to develop software for servicing farms and clusters online.

Shavkat Mirziyoyev paid special attention to the development of science and boosting the potential of human resources in the sphere. The President proposed to set up – in the next academic year – a faculty of hydrometeorology at the National University of Uzbekistan, and launch training and advanced training of modern mid-level specialists at the Tashkent Hydro-meteorological Higher Technical School.

The meeting participants also discussed issues concerning wages in the sector and agreed on the introduction of a system of bonuses for many years of experience.