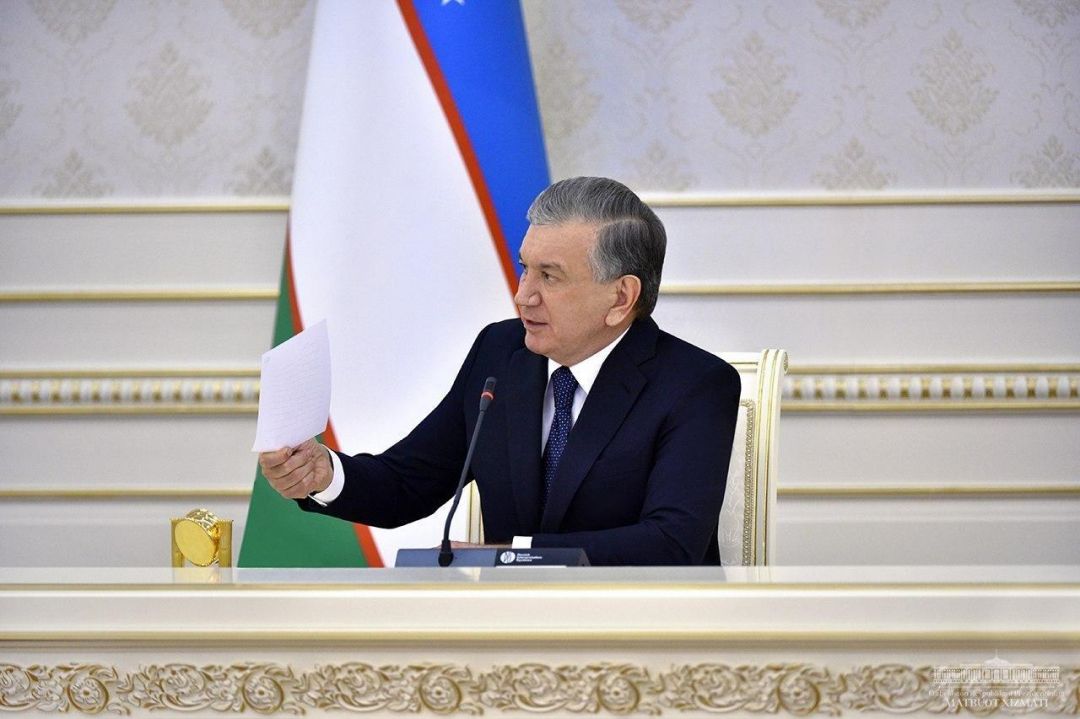 As you may know, yesterday the President signed a decree on this issue. Today’s session served to deliberate on the practical aspects of addressing the tasks outlined in that document.

The measures approved by the decree will have effect on more than 2 thousand state assets. Of these, 479 enterprises and 15 real estate facilities are planned to put up for auction, 62 enterprises to be prepared for privatization, 32 enterprises and industries are to undergo transformation, improve the activity of 507 marketplaces. In addition, 386 facilities specified in previous normative acts and 559 objects whose sale is authorized by hokims will be put up for auction.

“Let’s be open and admit: a considerable number of decisions on privatization had been adopted in the past, too. However, many enterprises and premises remain unsold, and they hardly benefit the state or the entrepreneur, since not a single leader ‘went down’ and brought the knowledge and methodology in this matter to the final addressee,” Shavkat Mirziyoyev said.

The meeting participants identified important areas of work in this area. The President noted that, first of all, it is necessary to adopt individual approach to every one of the 479 enterprises offered to entrepreneurs and put them up for auction in a simplified manner.

For example, the Technik Tamirlash-Butlash enterprise in Karshi wields 2 hectares of land and facilities with a total area of ​​6.5 thousand square meters not in use. Meanwhile, hundreds of local entrepreneurs have requested land. Such case are in abundance throughout the country.

Therefore, the head of our state stressed the need to make stocktaking of vacant land plots and structures, and put up assets unclaimed by enterprises for auction. Shavkat Mirziyoyev gave directives to create new jobs through the privatization of state-owned facilities specified in previously adopted resolutions as well as those under the competence of hokims of regions.

With regard to the privatization of 62 large enterprises, the President emphasized the importance of boosting first their investment attractiveness.

For instance, the annual revenue of the enterprise Kukon Neftgaz Parmalash Ishlari reaches 85 billion soums, but the net profit is much less. Nor has Khorazmsuvkurilish enterprise been making a profit for the last two years. Notwithstanding the fact that this enterprise boasts more than 1 hectare of land and structures with an area of ​​over 3 thousand square meters in Yangiarik district. These facilities have hardly generated income.

Officials in charge were instructed to carry out ‘diagnostics’ of such enterprises before privatization, and devise a targeted program for their audit and streamline reporting.

Apart from that, under focus were issues related to the work of marketplaces. The need for a radical revision of state participation in more than 500 marketplaces and shopping malls was underscored. Currently, 23 of them are unprofitable, 210 have low profitability.

In such circumstances, as Shavkat Mirziyoyev pointed out, the transformation of marketplaces into centers not only for trade, but also for rest and entertainment will give a good economic effect. For this, corresponding projects will be developed and a competition announced among investors. The winner of will receive a bank loan on the best terms. In addition, if profit grows, as do tax revenues and the number of jobs, the entrepreneur will be able to buy out the state share of the marketplace in installments.

Hokims of regions were urged to arrange the operation of markets and shopping complexes in accordance with this mechanism.

The presidential decree provides for the transformation of 32 large state-owned enterprises and economic associations. In particular, it is planned to renovate, together with the entire structure, the joint stock companies Uzkimyosanoat, Uzavtosanoat, Uzdonmahsulot, Uzsuvtaminot. For this purpose, a separate department has been set up in the Ministry of Finance.

Responsible executives were ordered to deeply analyze the rest of the industry and prepare proposals for their transformation.