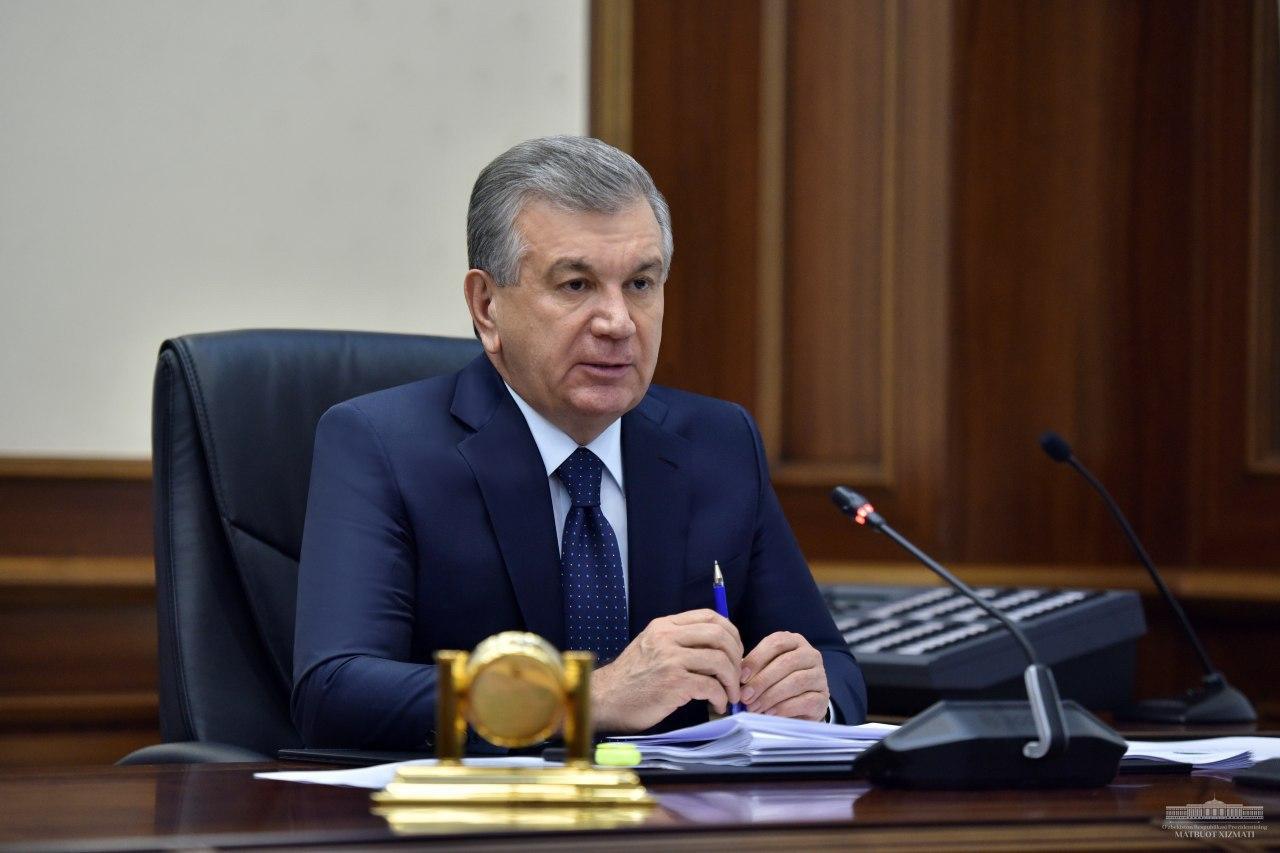 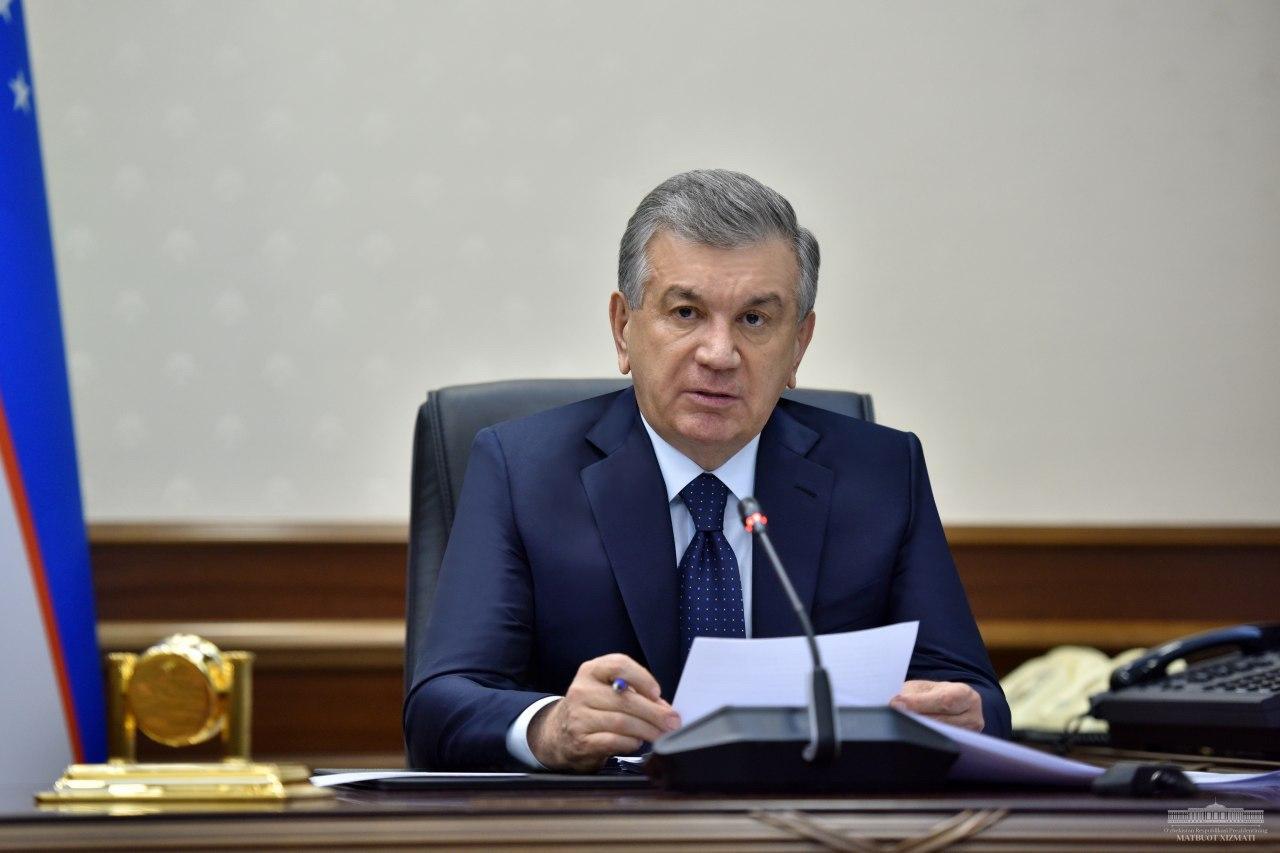 On August 10, President Shavkat Mirziyoyev held a meeting to deliberate on the consolidation of public health and safety, environmental security, as well as the waste collection and recycling system.

At the start of the video session, the head of our state expounded on the pandemic situation in the country. In particular, as it was noted, recovery rates from coronavirus infection have increased over the past week as a result of significant expansion of the capacity of healthcare institutions and coverage with medical equipment, growth in the coordination of emergency services and hospitals.

The President stressed that it is important to continue to live and work in a pandemic – without weakening the attention to protecting the life and health of citizens – and ease gradually the lockdown regime.

In Uzbekistan, ensuring environmental safety is considered one of the top priorities of government policy. Extensive afforestation is underway on the dried bottom of the Aral Sea, and development programs for the Aral region are in progress on the spot. In order to protect the environment and the health of the population, steadfast efforts are in full swing to collect and process waste. The urgency of this issue is growing especially in the current pandemic conditions.

“To streamline the waste management system is one of the most critical tasks for our life and health. This is an issue of public health, a pressing problem pertinent to the future of the nation,” President Shavkat Mirziyoyev pointed out.

Over the past three years, for 390 billion soums allocated from the budget for waste management, 742 units of waste transportation machinery were purchased and 204 landfills were modernized.

At the meeting, Shavkat Mirziyoyev underscored in a critical spirit that drawbacks are still omnipresent in the sphere. For example, the coverage of sanitary cleaning services in Izbaskan, Ghuzar, Chust, Buvaida, Urgut and Shahrikhan districts is half the nationwide indicator. Theft of special equipment procured for budget funds is particularly disturbing: 32 units in Tashkent region and 23 in Kashkadarya have been revealed. “Toza Hudud” enterprises have high debts.

The state of affairs in the field was critically discussed at a meeting held earlier this year, in March, and appropriate directives were given. Today their implementation has been reviewed and additional tasks been identified.

Coverage of the population with sanitation services is currently 66 percent. Shavkat Mirziyoyev said that it is essential to bring this figure to 90 percent by the end of the year, including through the extensive engagement of private enterprises.

In all 14 regions, in the context of districts, separate resolutions will be adopted regarding the improvement of waste processing with the introduction of a control system for their realization.

The private sector participation shows good results in waste collection and recycling. Wherever such enterprises operate, the population is content with the quality of services. For example, Bio Techno Eco LLC, having purchased 78 units of special machinery and equipment for a loan exceeding 6 million dollars, provides sanitary cleaning services to 285 thousand residents of the city of Termez as well as Termez and Angor districts.

Local entrepreneurs are abundant willing to implement such projects. In this regard, responsible officials were instructed to organize 31 clusters on the basis of public-private partnerships in Karakalpakstan and other regions.

Through these projects, it is crucial to bring the level of recycling of household waste to 25 percent by the end of the year and at least 35 percent in 2021.

The head of our state underlined the importance of addressing the issue of 51 landfills that fail to meet sanitary and environmental requirements, as well as the creation of 26 landfills for construction waste and clusters for their processing.

The meeting participants also discussed the effectiveness of the use of funds attracted from international financial institutions.

Executives in charge were ordered to speed up the implementation of projects launched within the framework of these funds, to commission facilities sooner. The head of state noted the importance of providing the sphere with economical and low-cost technology.

The President paid special attention to expanding the environmental control.

Emissions of some factories exceed the standards, harming the environment and causing justified discontent among citizens.

In this regard, the State Committee for Ecology and Environmental Protection was instructed to provide each region with mobile laboratories for the operational analysis of air pollution. Deputy Prime Minister was instructed to develop a program for the installation of modern and renovation of existing cleaning facilities at 240 large industrial enterprises with high and medium risk to the environment.

Leadership of the State Committee for Ecology and Environmental Protection and regional hokims presented reports at the meeting.