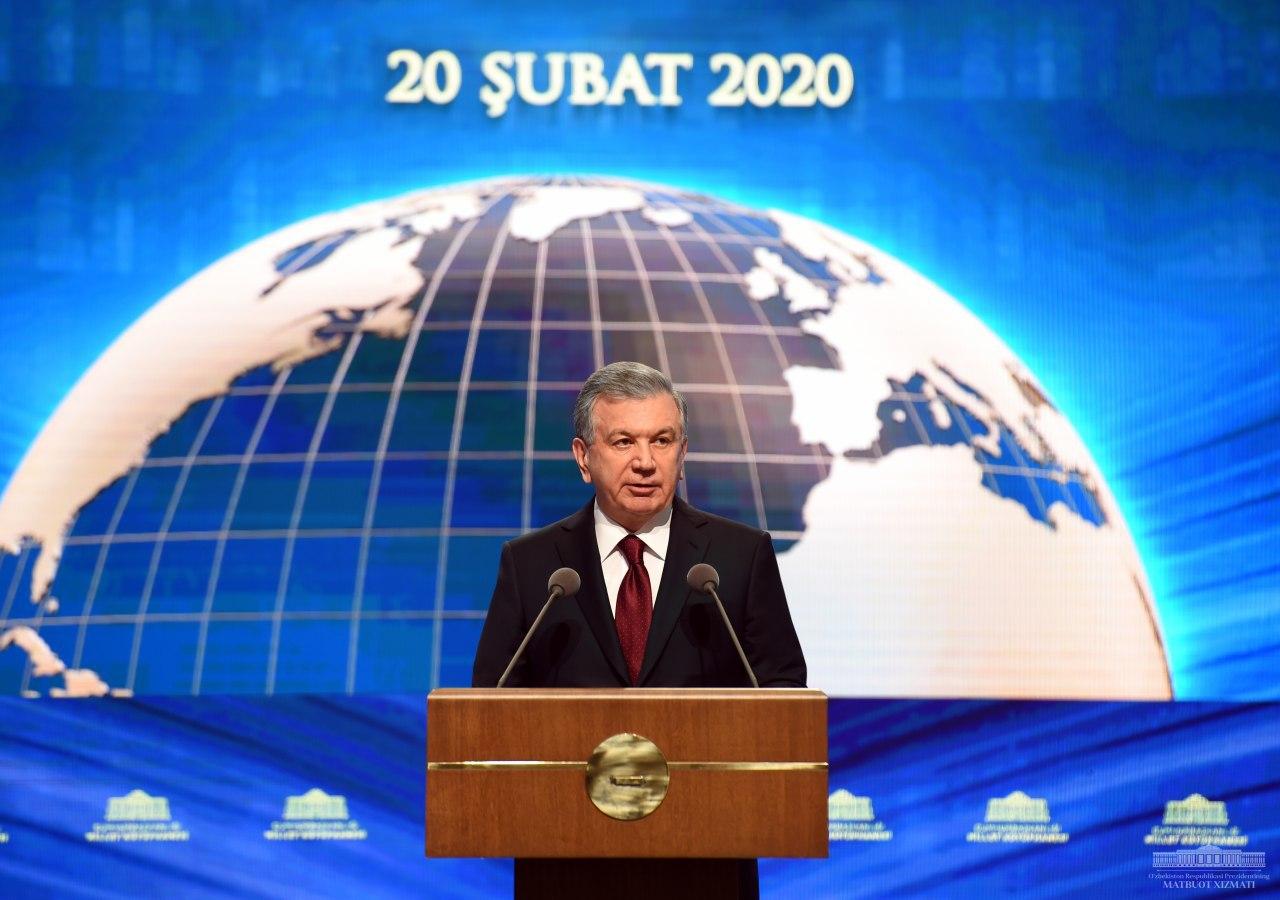 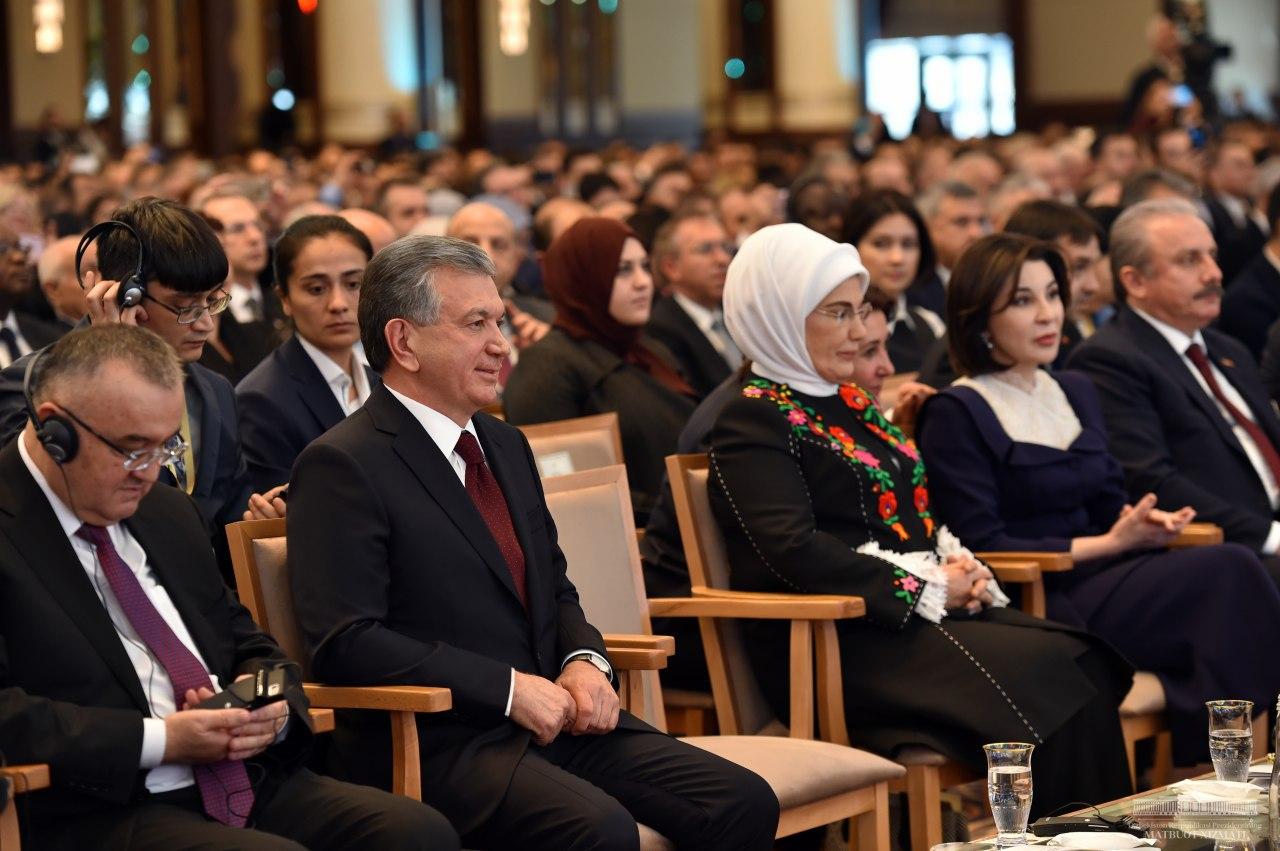 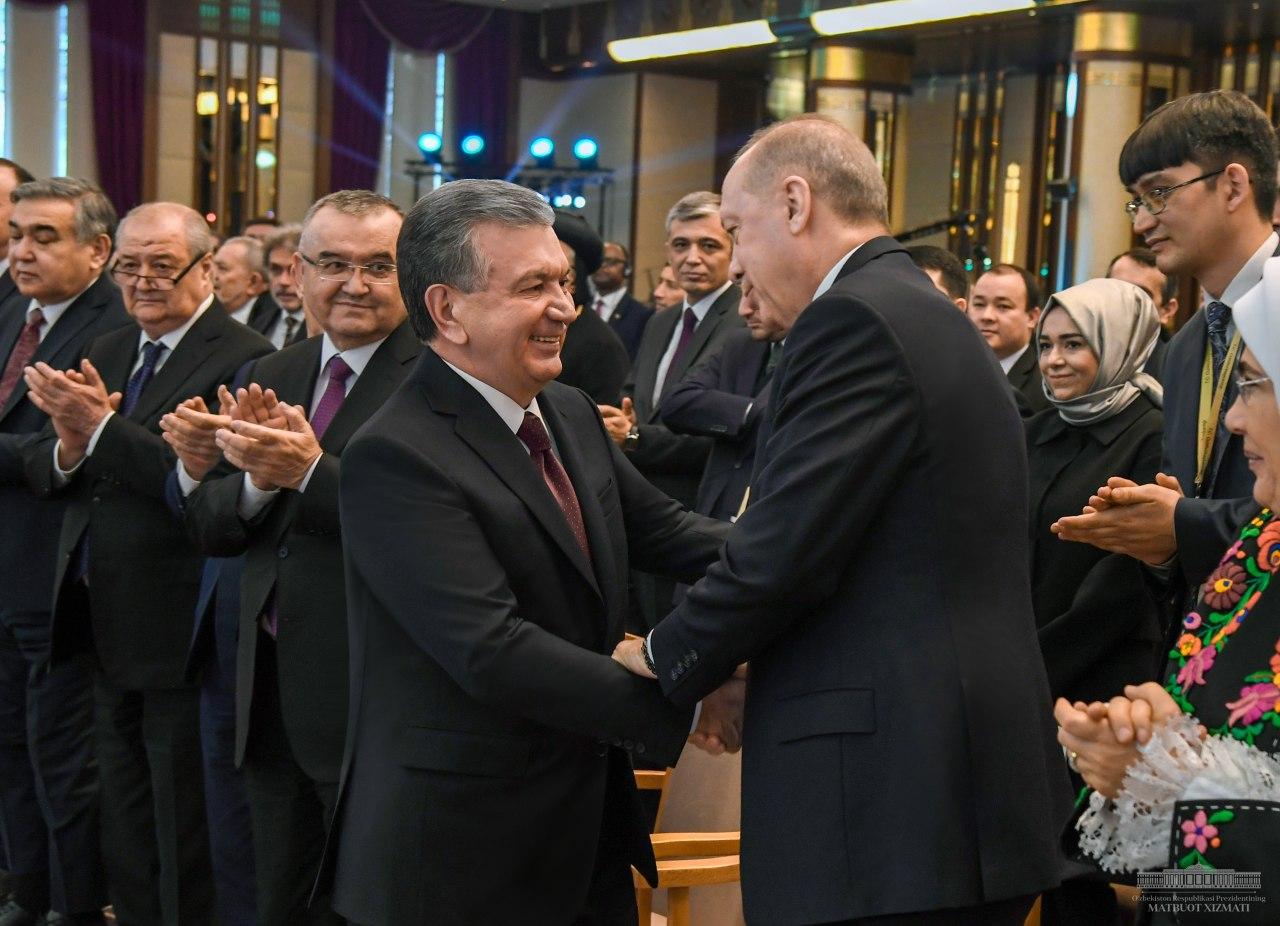 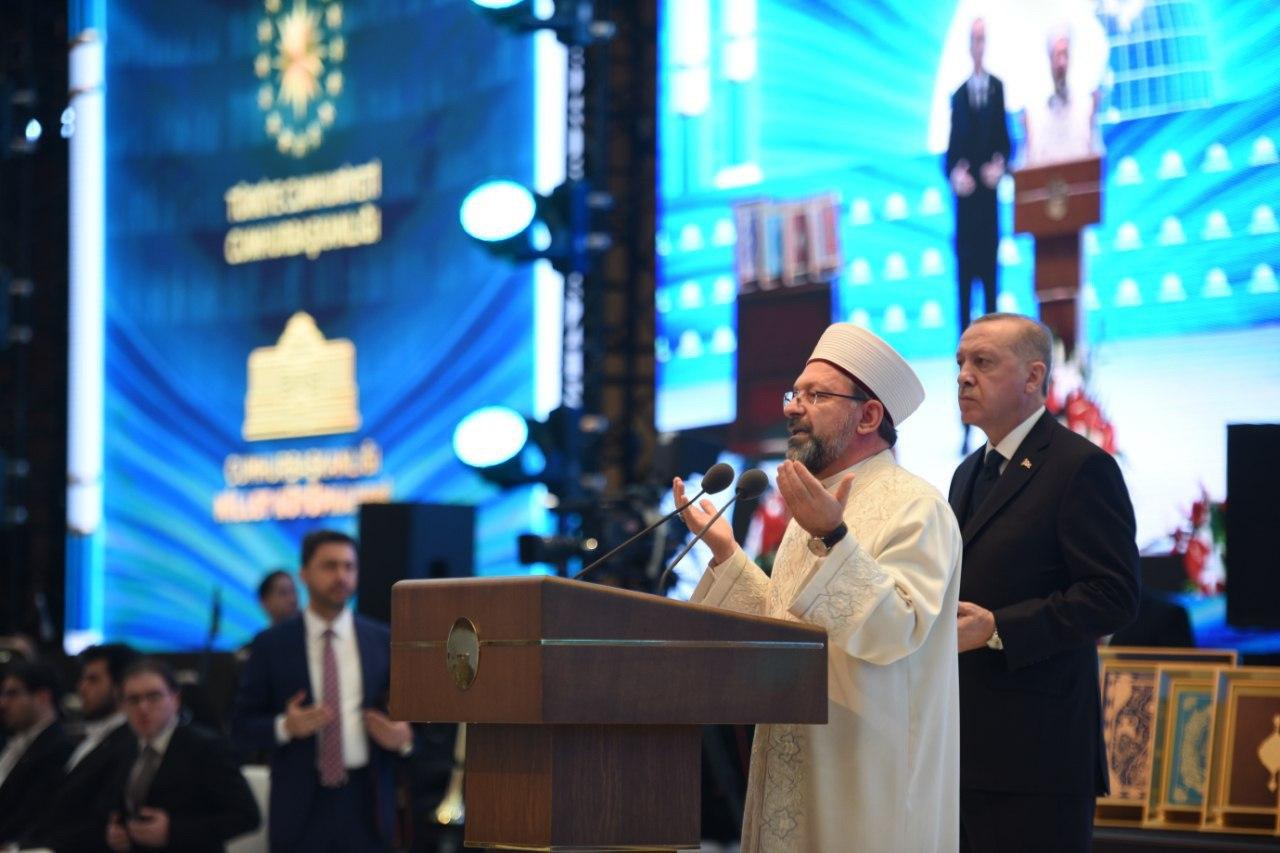 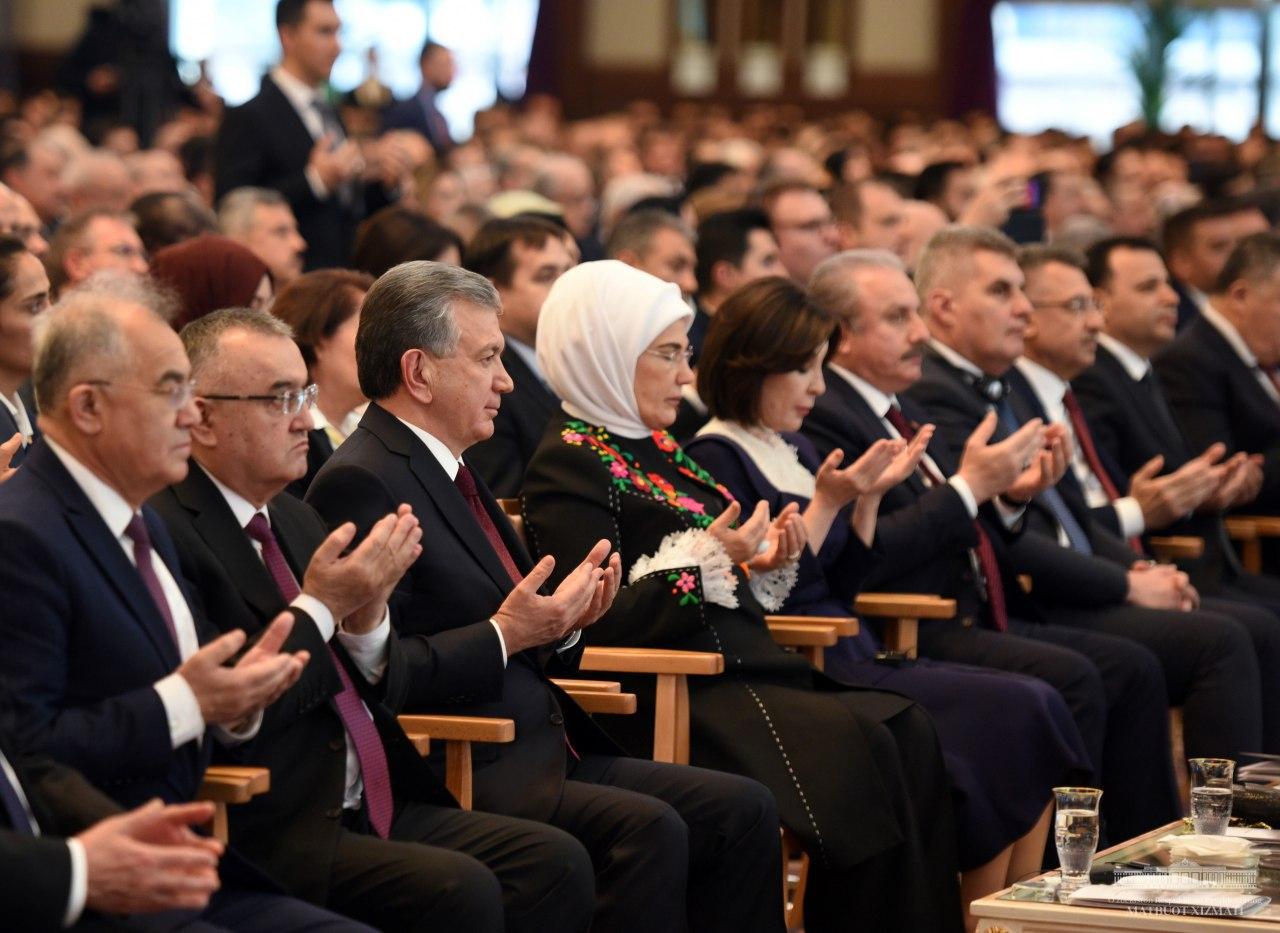 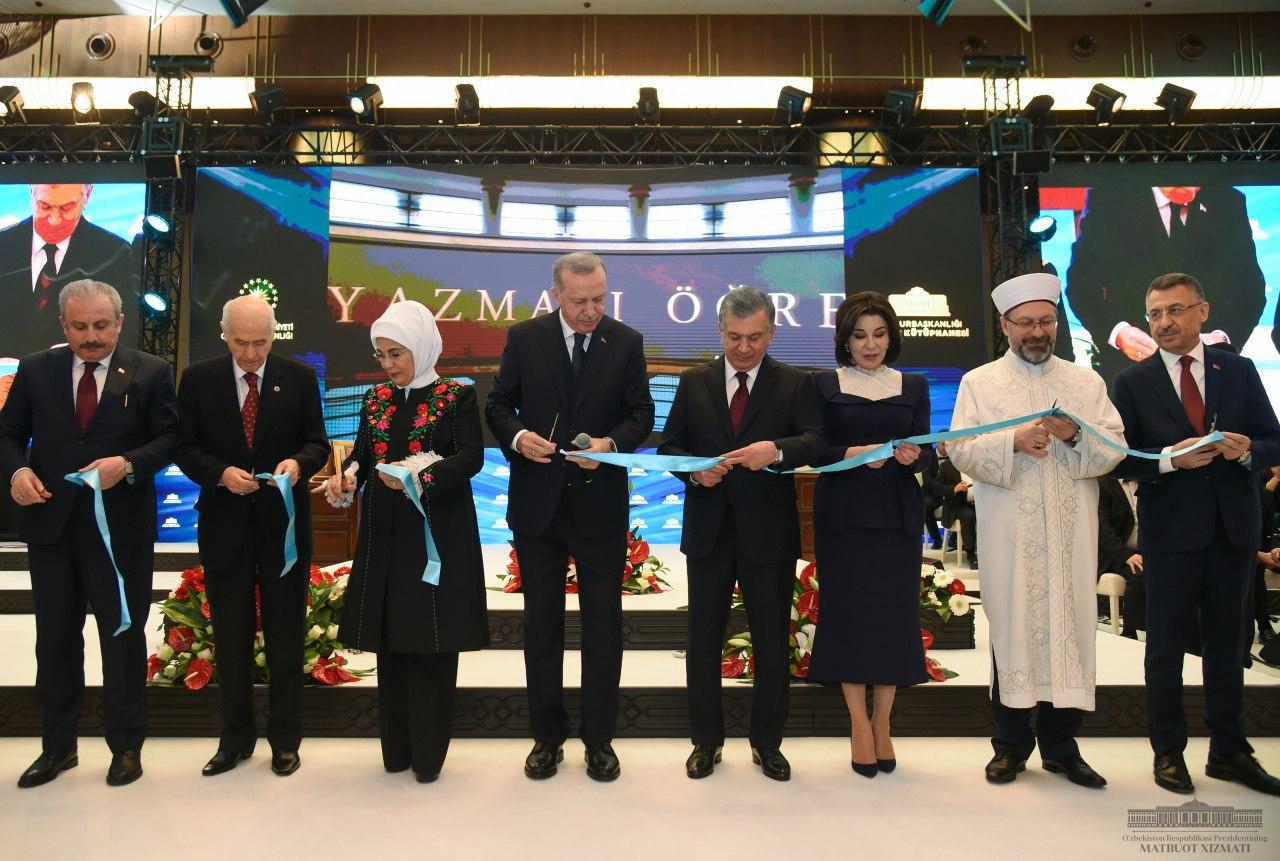 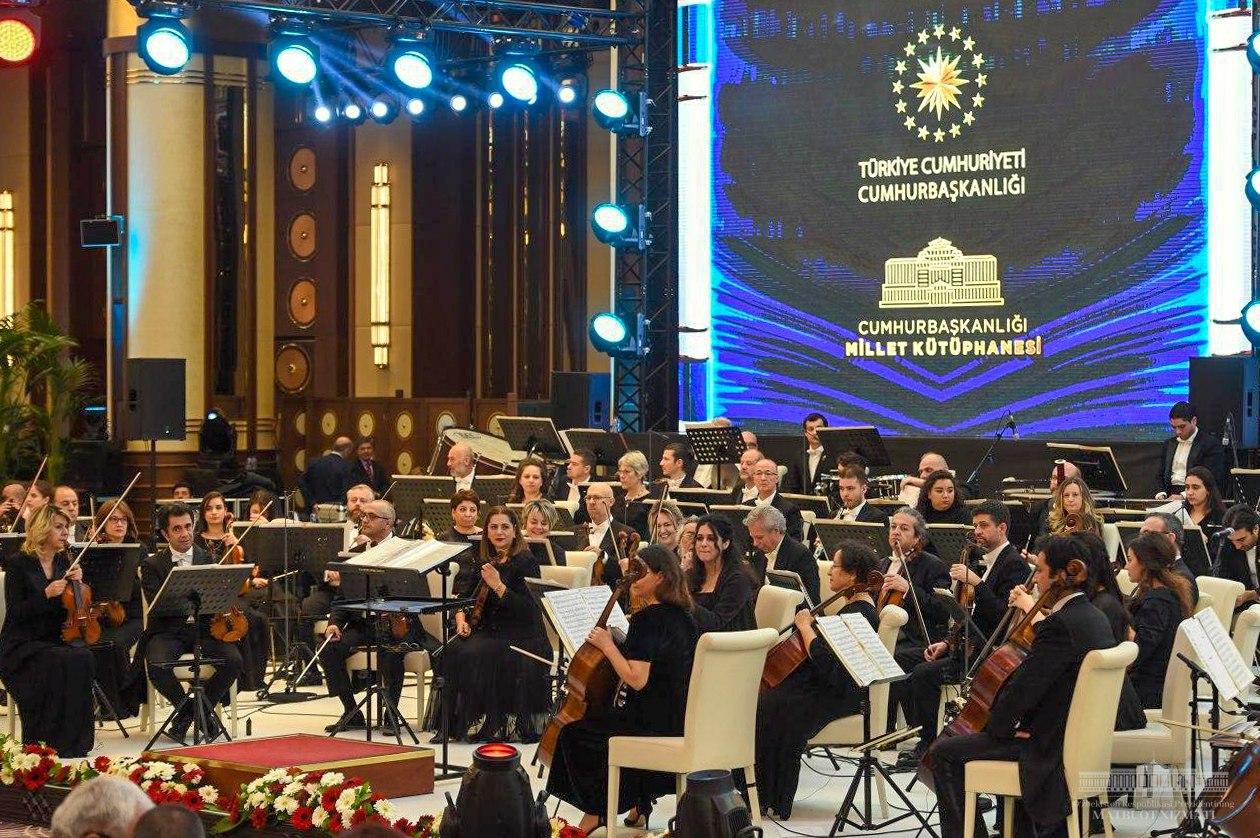 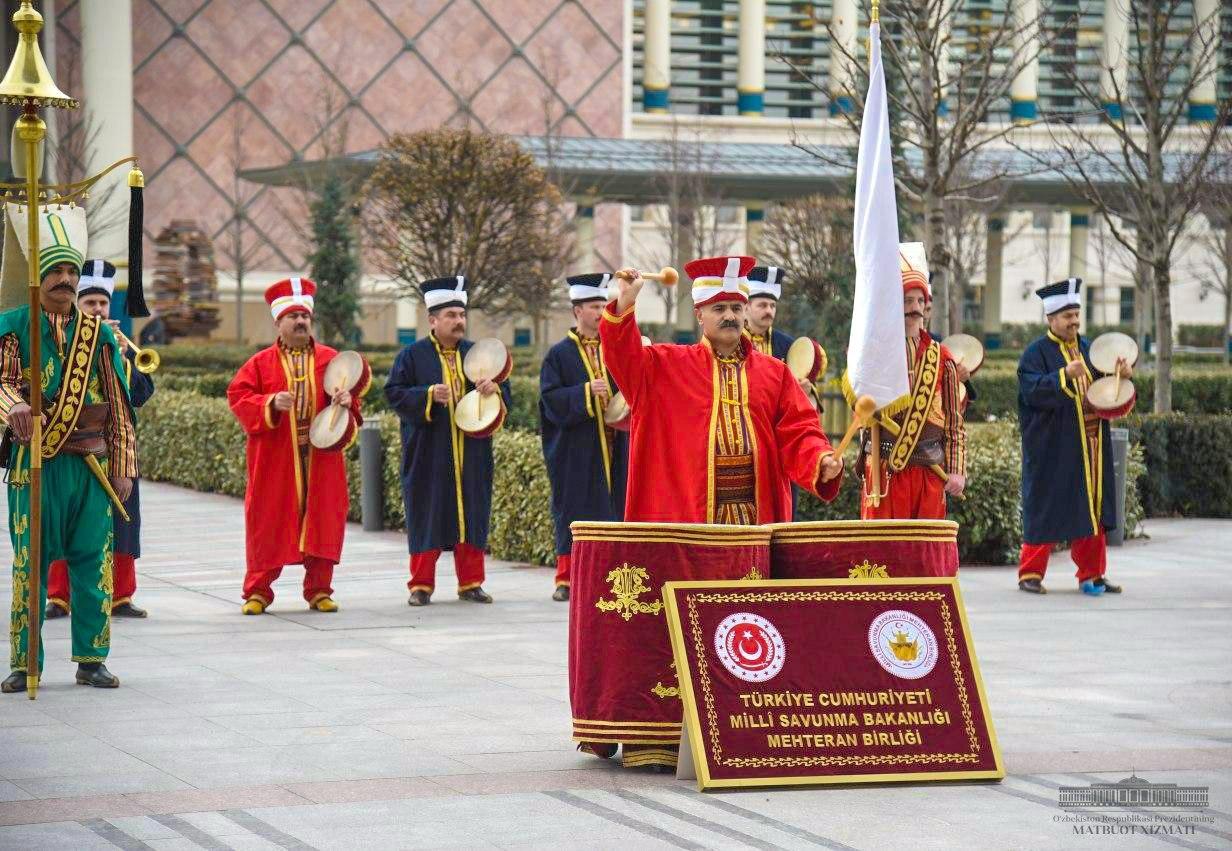 The library was built on the initiative of the leader of this country, Recep Tayyip Erdogan. By the size of book stock (4 million print copies and over 120 million e-files) and equipment aptness, it comes as one of the most advanced in the world. The magnitude of the building is underpinned by its location, too, as it stands next to the Presidential Palace.

The opening ceremony was attended by about two thousand guests from all over the world, including scientists, writers, representatives of education and culture, public figures. Shavkat Mirziyoyev was the only top-level guest invited by the President of Turkey.

And this is no accident. After all, the head of our state is known for his love for books, his special attention to the reading propaganda. Shavkat Mirziyoyev has put forward a number of international initiatives regarding education, enlightenment of youth. Another indication of the high significance attached to this cause was the announcement of the current year in Uzbekistan as the Year of Science, Enlightenment and Digital Economy.

At the ceremony, the President of Uzbekistan delivered a speech.

The head of our state thanked for the invitation to this important and festive event, congratulated the fraternal Turkish people with the new library.

“Intellectual potential, high morale is what makes a nation strong. And the source of this invincible power is books and libraries – the great invention of mankind,” President Shavkat Mirziyoyev suggested.

The international research centers of Imam Bukhari in Samarkand and Imam Termezi in Surkhandarya have been set up lately along with schools of hadith, kaloma, akida, Sufism and fiqh. The Center of Islamic Civilization is being built in Tashkent, which is expected to present a centuries-old spiritual heritage and be home to fundamental research.

This year, Uzbekistan will host events on the occasion of birthday celebrations of great thinkers Abdukholik Gijduvani and Bahouddin Naqshband, as well as the 145th anniversary of Mahmudkhuja Behbudi. It is also planned to hold a number of international events in connection with the declaration of Bukhara as the capital of Islamic culture and Khiva as the cultural capital of the Turkic world.

The head of our state invited Turkish scholars, literary critics and religious scholars to take part in these cultural and enlightenment events. Shavkat Mirziyoyev noted that Uzbekistan houses over 100 thousand rare manuscripts, most of which are awaiting their researcher.

Turkish President Recep Tayyip Erdogan thanked the President of Uzbekistan and his spouse for participating in this joyful event.

“Uzbekistan for us is the birthplace of the scientists who shaped our cultural ideas, is the most critical source that afforded our science, religious knowledge and the spiritual world a vital strength,” the Turkish leader said. “Over the centuries, a single scientific environment existed between Tashkent and Ankara, Samarkand and Konya, Bukhara and Bursa, Khiva and Edirne and it had an effect of mutual enrichment. Today, by opening our Public Library together with His Excellency, we once again demonstrate the community of our cultures.”

Shavkat Mirziyoyev presented the Library with a copy of the rarest holy Koran of Usman, copied by Uzbek calligraphers, as well as facsimile copies of Masnavi by Jaloliddin Rumi and Abu Bakr ar-Razi’s General Book on Therapy, the book album Facsimile of Alisher Navoi’s Works from Istanbul Libraries, as well as Ulmas Kungul, a collection of poems by Yunus Emre translated into Uzbek.

In addition, over 350 books on various topics were donated to the Public Library under the President of Turkey.

The heads of state got acquainted with the book exhibition and library activities.