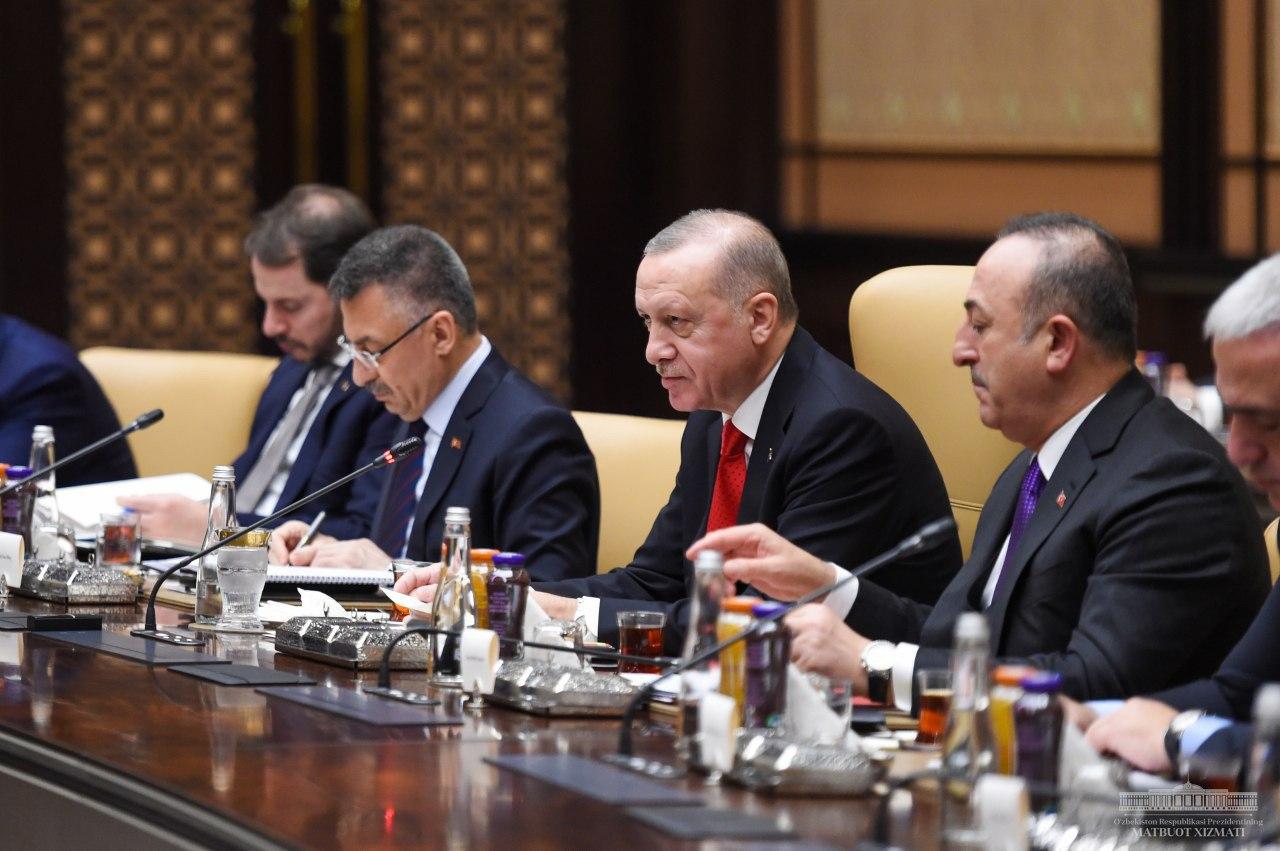 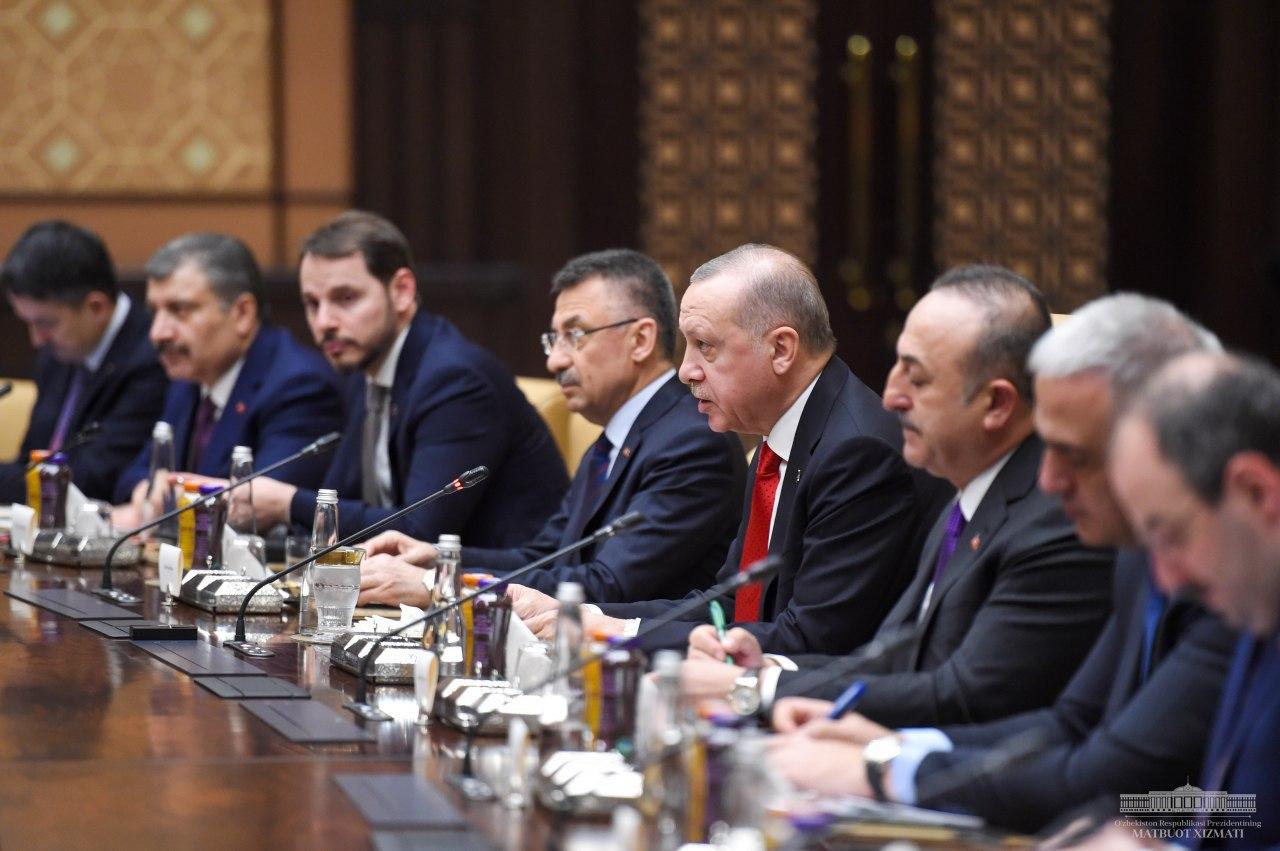 Official delegations of Uzbekistan and Turkey have convened today in Ankara for the first session of the Strategic Cooperation Council.

The Council is a dialogue format new to the history of bilateral relations. It was set up in accordance with the Joint Statement of the Heads of State in 2018.

The body operates under the co-chairmanship of the Presidents of Uzbekistan and Turkey. It defines a joint strategy for the development of cooperation in the fields of politics, security and defense, economy and trade, investments, tourism, energy, transport and transit, agriculture and forestry, culture, education, science and technology, innovation, healthcare, as well as in other areas of mutual interest.

The co-chairs of the Joint Uzbek-Turkish Intergovernmental Commission on Trade and Economic Cooperation regularly report to the Council on the results secured. The coordinating bodies of the Council are the two countries’ ministries of foreign affairs.

The President of Turkey greeted the head of our state and expressed satisfaction with the enhancing interaction between the parliaments, government agencies and business circles of the two countries. Recep Tayyip Erdogan stressed his full-fledged support for joint projects with Uzbekistan.

In turn, President Shavkat Mirziyoyev thanked the leader and the people of Turkey for the hospitality and warm respect demonstrated towards the delegation of our country.

“This meeting is a bright embodiment of the current high level of strategic partnership between our two nations. Surely, the Council will serve as an important backbone for the implementation of priority tasks to bring the trade turnover between our countries to five billion dollars in the coming years. It’s advisable for us to consolidate the results of this session and now decide on the agenda for the upcoming meeting next year and the key areas of our cooperation,” the head of our state suggested.

The Uzbek-Turkish cooperation has intensified significantly over the past three years. Shavkat Mirziyoyev’s state visit to Turkey in October 2017 and Recep Tayyip Erdogan’s to Uzbekistan in April 2018 strengthened mutual political trust and opened up great opportunities for a fruitful partnership.

The effect of intensive contacts and shared aspirations has found reflection in economic cooperation. Thus, the trade turnover exceeded 2.5 billion dollars in 2019 in contrast to the nearly 1.2 billion US dollars in 2016. In Uzbekistan, there are more than 1.3 thousand enterprises with the participation of Turkish investments. Under implementation are investment projects worth $ 500 million.

Interaction has been expanding in the transport sector. For instance, in 2019, the volume of motor road transportation grew by 33 percent, that by rail rose by 17 percent, by air – by 42 percent.

It was noted that thanks to the support from the leaders of the two countries and the favorable conditions created, the scale of cooperation could expand even further.

The ministers of trade of Uzbekistan and Turkey presented detailed information at the meeting on the current state of bilateral cooperation.

During the negotiations, a wide range of issues of interstate cooperation was scrutinized, as were the ways to solve them and key tasks for the future; the parties agreed on the realization of joint projects.

Shavkat Mirziyoyev invited Recep Tayyip Erdogan to Uzbekistan to the next session of the Strategic Cooperation Council.