Realization of joint projects with the UAE and Japan discussed 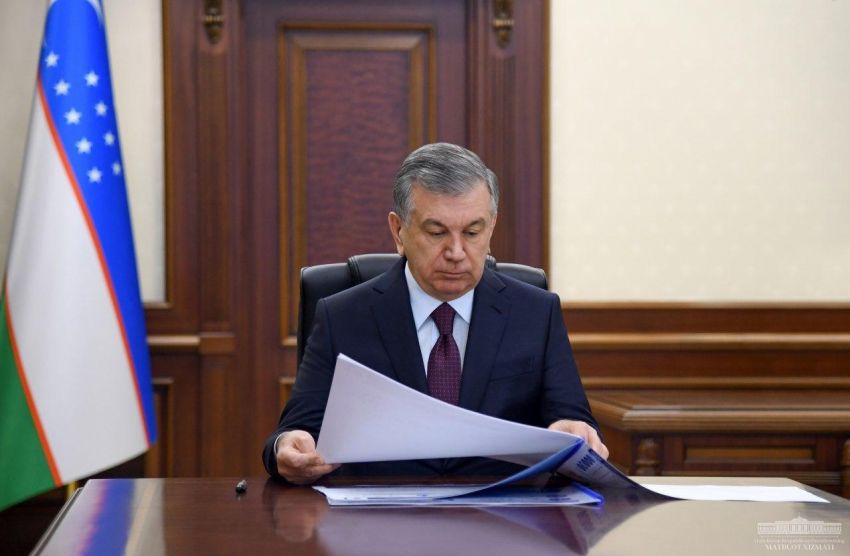 President of the Republic of Uzbekistan Shavkat Mirziyoyev has held a meeting to discuss the implementation of agreements reached during highest-level visits to the United Arab Emirates and Japan in 2019.

These two nations wield extensive investment opportunities, experience in accelerated development, modernization and effective implementation of advanced technologies, realization of large-scale investment projects that have ensured the formation of a diversified and sustainable economy.

The official visits of the President of the Republic of Uzbekistan to the UAE on March 24-26 and to Japan on 17-20 December 2019 opened a new page in the history of bilateral cooperation with these two countries.

The fruitful negotiations and other events that took place in a friendly and constructive atmosphere with the Emirates and Japanese partners once again confirmed the importance of furthering the dialogue at the highest level, a determining factor in bolstering the friendship and mutual trust.

As a result of the visits, a solid package of intergovernmental and interagency documents, as well as agreements in the trade, economic and investment spheres, was signed. Thus, with the United Arab Emirates, agreements were reached on the implementation of joint projects worth more than 10 billion US dollars, and with Japan the figure exceeded $ 6.6 billion.

In particular, plans include the execution of large-scale projects in the energy sector, infrastructure development, the oil and gas, chemical and petrochemical sectors, mechanical engineering, agriculture, the food industry, tourism and other areas.

During the meeting, it was noted that agreements with UAE companies are already bearing fruit. Thus, Masdar is investing $ 100 million in the construction of a solar power station in Uzbekistan. In October 2019, the company was declared winner of the first ever open tender in the history of our country to attract investment in public-private partnerships in solar energy. Start of construction is expected in the first quarter of 2020.

Such achievements are also observed in many other schemes with both the UAE and Japan.

To this end, with the participation of the UAE side, the Abu Dhabi Uzbek Fund was set up with $ 1 billion. To date, financing has been approved from this Fund for small and medium-sized projects, as well as the construction of a hotel in Samarkand, privatization of the hotel Hyatt Regency Tashkent.

With the assistance of the Japan International Cooperation Agency (JICA), a project is underway to build and equip the Republican Specialized Scientific and Practical Medical Center for Neurology and Stroke.

The Ministry for Information Technologies and Communications of Uzbekistan, using a loan from the Japan Bank for International Cooperation (JBIC), intends to raise $ 180 million for the implementation of such projects as “Creating Data Storage and Processing Centers (Data Centers)”, “Expansion of International Packet Switching Centers”, “Expansion of the Telecommunication Transport Network and Data Transmission Grids”, “Modernization of Radio Networks”.

Along with this, the Japanese specialist Etsuaki Yoshida has started activities at the Ministry for Information Technologies and Communications of Uzbekistan as an adviser to the Minister, to deal with issues of attracting foreign investment and international loans for the implementation of the Program for the Modernization, Technical and Technological Re-equipment of Information Technology Enterprises. At the Embassy of the Republic of Uzbekistan in Tokyo, the positions of Counselor-Envoy for education, science and innovation, as well as Counselor for working with private business have been introduced.

At the meeting, President Shavkat Mirziyoyev noted the need for full and quality spearheading of measures defined for 2020 in accordance with “roadmaps” worked out following the mentioned visits.

Particular attention was paid to the timely and quality realization of projects that contribute to the improvement in living standards and the accelerated development of entrepreneurship in our country.

On issues discussed at the meeting, the leadership of the Ministry of Investment and Foreign Trade presented reports, specific measures were identified.