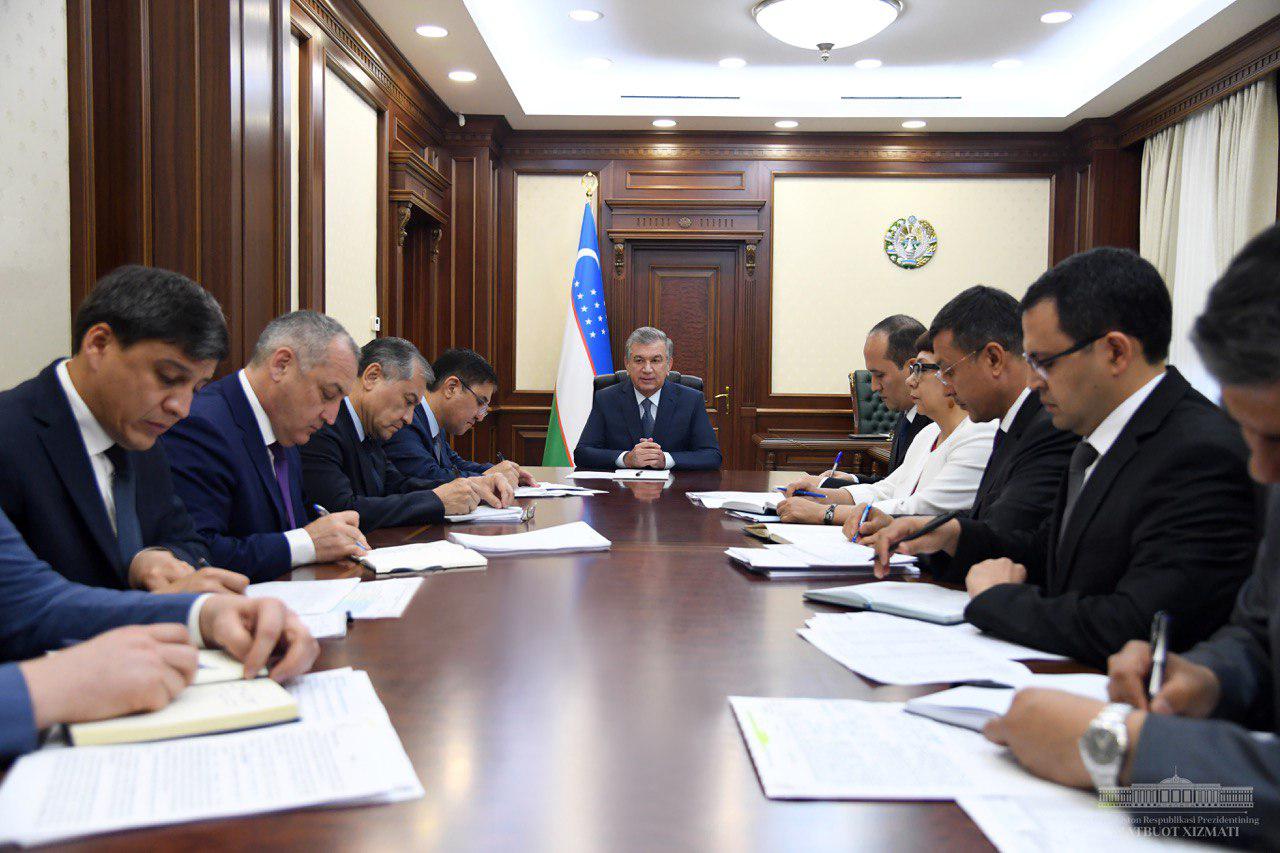 President of the Republic of Uzbekistan Shavkat Mirziyoyev held a meeting on July 8 to discuss the state of development of the national automotive industry.

Over the past twenty-three years, the car manufacturing sector has steadily advanced in Uzbekistan and taken its position in the domestic and foreign markets. From 1 October this year, the benefits granted for the industry will be canceled, and the latter is expected to fully switch to the principles of market economy. This, in turn, will require introduction of modern management mechanisms and elevation in the attractiveness and competitiveness of goods manufactured by the sector.

In the six months of this year, the volume of production in the automotive industry grew by 154 percent compared to the same period last year, while net profit reached 1 trillion soums. Products worth almost 73 million US dollars were exported, the share of domestically manufactured vehicles in the local market reached 97 percent.

These indicators are suggestive of positive developments. However, as regards to the localization extent, the figures are disappointing. In the production of passenger cars, this figure is 45 percent, while it is only 24 percent in manufacturing trucks and buses.

Among the issues discussed at the meeting was the stimulation of growth in localization, as well as increase in exports by reducing production costs.

The joint-stock company Uzavtosanoat has been tasked with uplifting the total production from the current 250 thousand to 350 thousand units by 2023, as well as boosting the export volume to at least 100 thousand units a year.

It was noted that for this it is necessary, first of all, to introduce an advanced industry management system, optimize production and net costs with the engagement of specialists from foreign consulting companies.

The President pointed out that the cost of logistics for exporting a single car is 8-10 percent of its value, and therefore outlined tasks to support the industry, including in the form of a partial reimbursement of export transportation costs by the state. Recommendations were given on revising the structure of export costs and entering foreign markets in cooperation with distributors abroad.

The meeting participants also deliberated on issues related to the implementation of project for setting up the production of commercial vehicles in cooperation with foreign companies and the attraction of direct investments from Chinese and Japanese partners to the development of enterprises MAN Auto and SamAuto.

The Ministry of Economy and Industry was instructed to take measures to lift up the extent of localization, particularly by mastering the production of 22 types of imported base components.

The President gave directives for the introduction of mechanisms of non-tariff import regulation and the adherence to international standards in the environmental impact of vehicles.

The head of state noted the importance of bolstering the market position of domestic products through improving the quality of cars, while maintaining price stability, as well as by production of new budget models and expansion of localization.

Responsible officials provided information on the tasks discussed at the meeting.