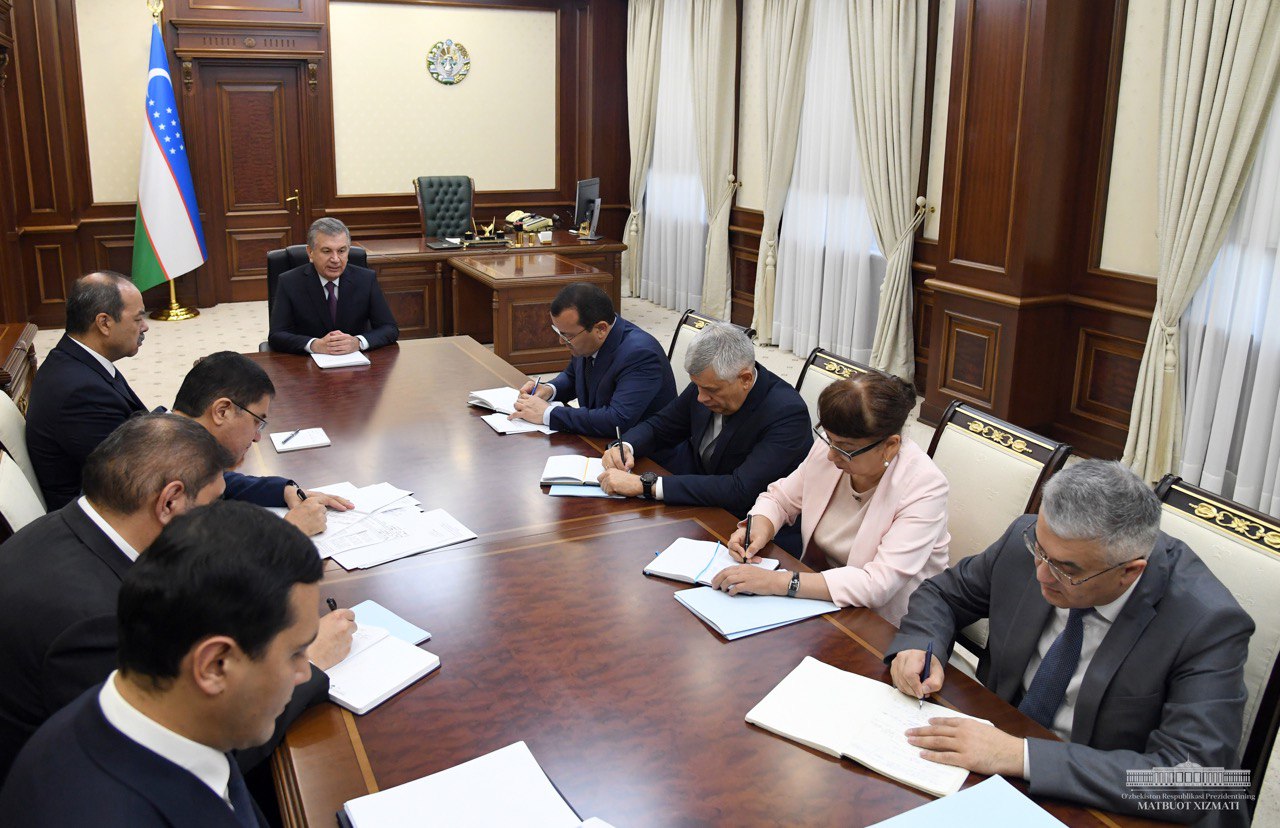 President of the Republic of Uzbekistan Shavkat Mirziyoyev held a meeting on June 25 to analyze the efforts directed at the socio-economic development of the country as well as the results and qualitative changes expected on this front in the first half of this year.

It was noted at the meeting that high economic growth rates are ensured owing to the vigorous investment policy, attraction of primarily foreign direct investments into sectors of the economy and regions, as well as the introduction and consistent implementation of new effective mechanisms for the full assistance for entrepreneurs and investors. Thus, it is expected that in the first half of this year, the volume of gross domestic product will grow by 5.4 percent, industrial production increase by 7 percent, construction and contract works by 9.6 percent, and the volume of services by 13.9 percent. It was especially emphasized that in achieving such outcomes an important factor is primarily the almost one and a half increase in the volume of mobilized investments.

In the meantime, it was pointed out that reserves and opportunities in all sectors and regions are still not cashed in to the full. Corresponding officials were given specific tasks to create modern enterprises and new jobs, boost production and export goods. The President instructed to expand the revenue base of local budgets, to direct additional incomes to the development of social and public utilities sectors, to the improvement of villages and mahallas, as well as the life of the population as a whole.

In particular, Shavkat Mirziyoyev insisted that additional measures be taken to accelerate the implementation of programs and targeted investment projects developed as part of the President’s trips to the regions, and new projects be elaborated.

The meeting also served to review the state of the current large-scale works to perk up the architectural appearance of cities and districts, improve settlements, construct and repair housing, water supply networks, sewage systems, electricity, local and internal roads in the framework of programs “Obod Qishloq” and “Obod Mahalla”. The head of our state pointed to the need for the timely allocation and development of essential financial and other resources, high-quality implementation of the planned works.

Officials of the Cabinet of Ministers, heads of ministries and other government agencies, business associations and regions delivered their reports. Measures were identified to increase the personal responsibility of relevant leaders and managers for the unconditional achievement of forecast indicators and specific objectives for the development of each industry and region.