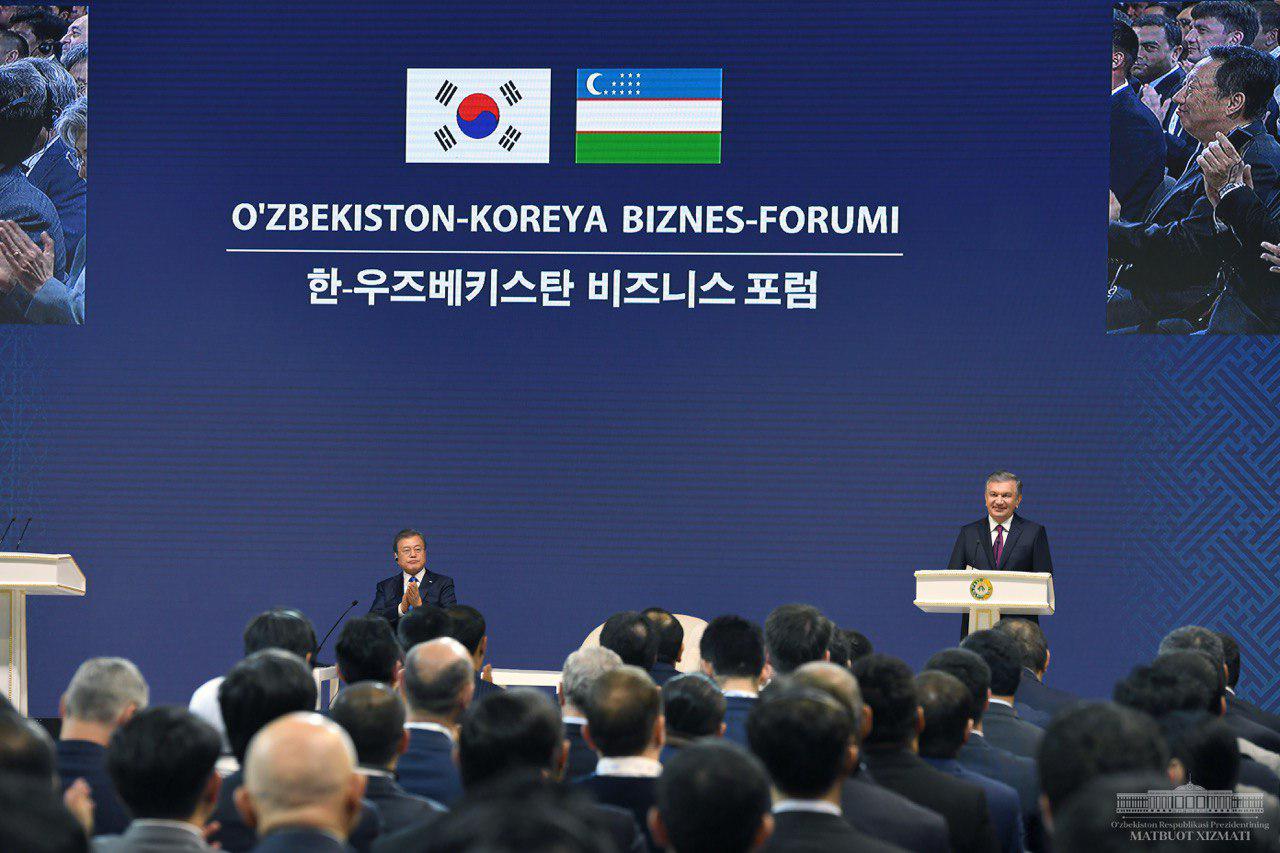 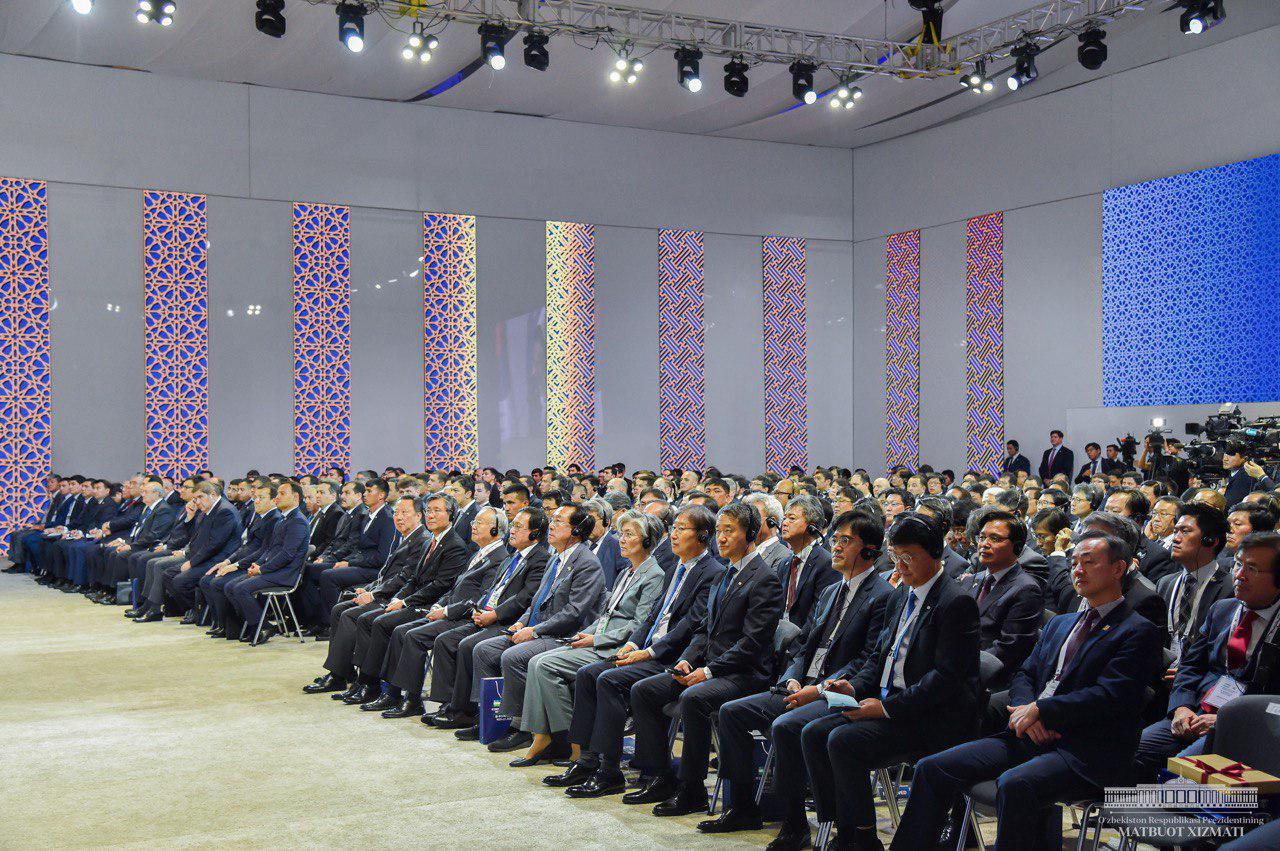 Uzbekistan and South Korea are long-term investment partners. The volume of Korean investments attracted to the economy of our country exceed $ 7 billion. The Korean National Oil Company, Eximbank, many of the leading corporations of this country, including Kogas, Lotte Group, Samsung, Hyundai, Shindong Resources, are actively engaged in the execution of priority investment projects.

The head of our state noted that the negotiations held in Kuksaroy placed special emphasis on supporting relations among the business people of our countries, on developing medium and small businesses.

“The reforms and changes taking place in Uzbekistan today open up extensive opportunities for the confident realization of ambitious ideas and major projects. Last year, the number of joint ventures in our country grew threefold. They include 160 enterprises with Korean capital participation. We are ready to continue to create the most favorable conditions for expanding the presence of Korean business in Uzbekistan,” Shavkat Mirziyoyev said.

President of the Republic of Korea Moon Jae-In noted that since ancient times, Uzbekistan has been a center of trade, science and culture, and that today there are wide opportunities for joint business projects. He conveyed the willingness of South Korea to support investment projects in Uzbekistan and share best practices.

The forum, held at the Uzexpocenter, was attended by heads of economic and financial institutions, leading companies of the two countries, including more than 350 representatives of 150 corporations and organizations of South Korea.

Issues concerning the enhancement of investment cooperation, elaboration and realization of new projects, supply of goods and the provision of services were discussed.

At the business forum, important deals were reached and contracts worth over $ 12 billion were signed. They cover such areas and industries as energy, oil and gas, chemical, mining, mechanical engineering, electrical engineering, transport and logistics, textile and light industry, infrastructure, ICT, digital medicine. Of particular importance are agreements on the transfer of the Angren Free Economic Zone to the management of the Incheon Free Economic Zone, on the establishment of the production of marketable drugs in the industrial zone Bustonlik Pharm.

The President of our country called on representatives of Korean business to actively cash in the new opportunities emerging in the Uzbek economy.