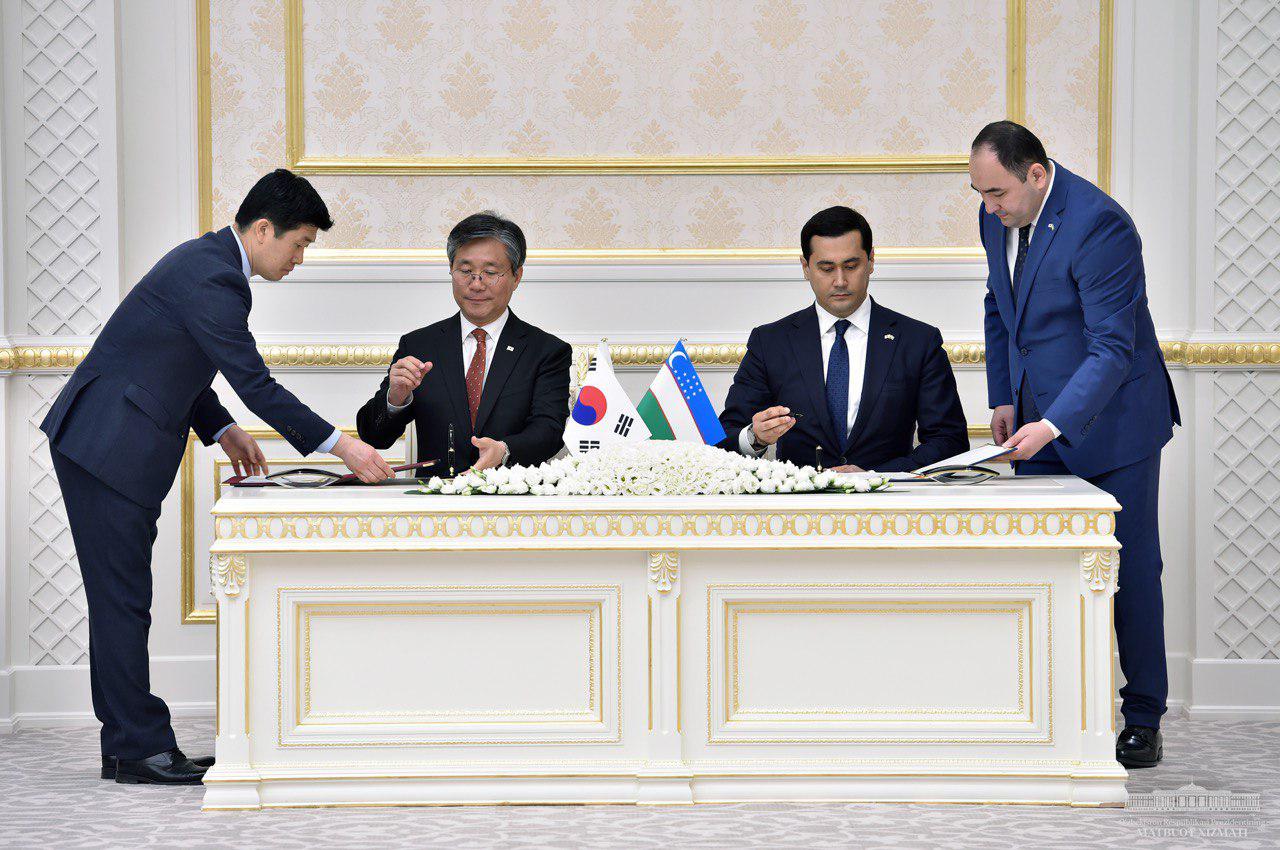 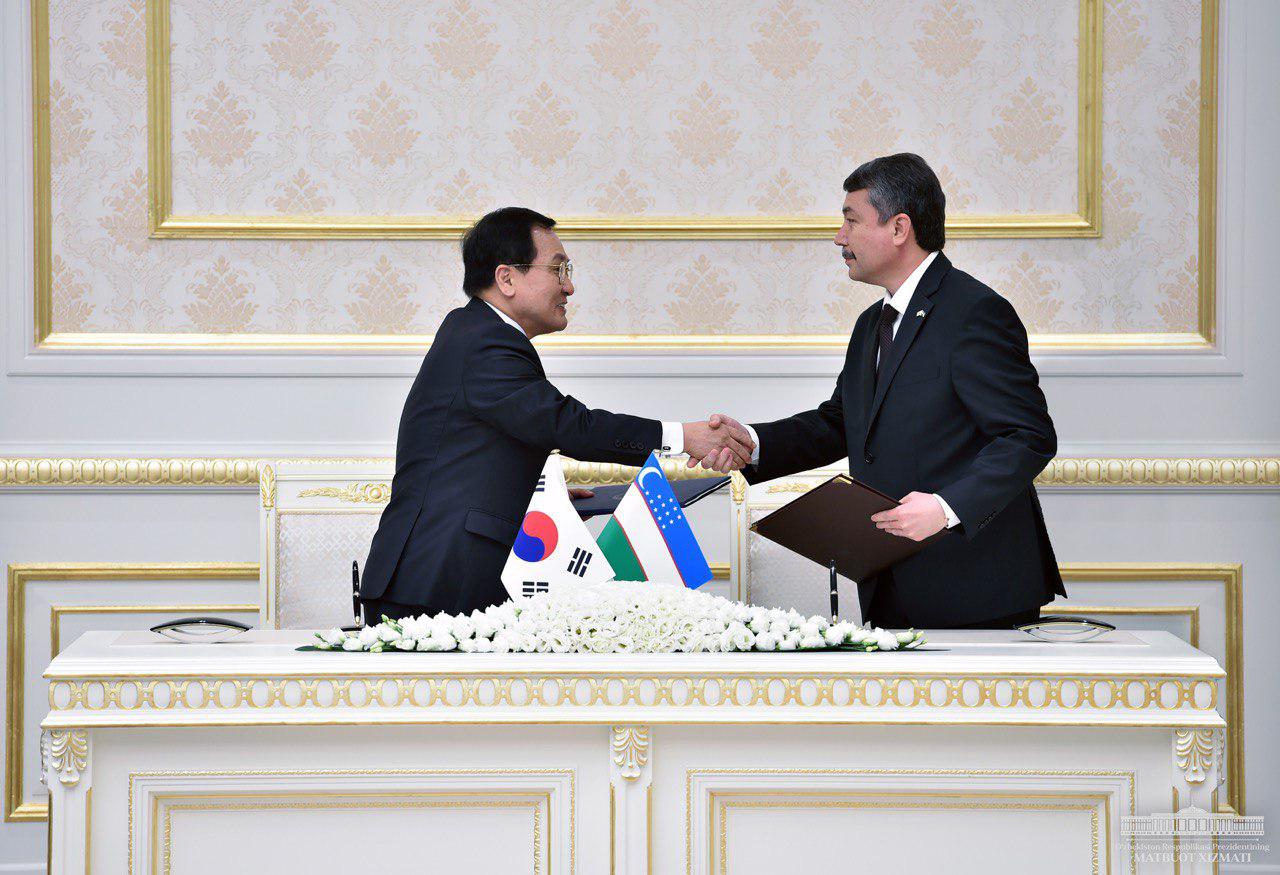 The fruitful negotiations of the heads of state was followed by the signing ceremony of bilateral documents took place.

Documents have been signed between governments and ministries regarding the promotion and mutual protection of investments, exploration of space for peaceful purposes, cooperation in science, technology and innovation, creation of the Uzbek-Korean center for cooperation in the health sector, among others.

At a press briefing for the media, the Presidents expressed satisfaction with the results of the negotiations, which took place in a traditionally friendly atmosphere and in the spirit of openness and mutual understanding.

“Our talks have demonstrated that cooperation between Uzbekistan and South Korea in the political, trade, economic, investment, cultural, humanitarian and other fields fully meets the long-term interests of our peoples, as well as the proximity of positions on regional and international issues, security and stability,” Shavkat Mirziyoyev said. “The Joint Declaration on Special Strategic Partnership, inked today, testifies that the relations between our two countries have reached a completely new level.”

“I express my deep respect to the President of Uzbekistan, a country that has attracted the attention of the whole world today. With his reforms in all spheres – politics, economy, social life – Shavkat Mirziyoyev leads Uzbekistan into a new era of development. Today we have assigned the status of a special strategic partnership to bilateral relations. We’ve discussed the mechanisms for its implementation, new areas of cooperation, reached promising agreements,” Moon Jae-In said.

It was stressed that during the visit, agreements were penned on the realization of programs and projects in the field of trade, economic, investment, financial and technical cooperation totaling more than 12 billion US dollars.