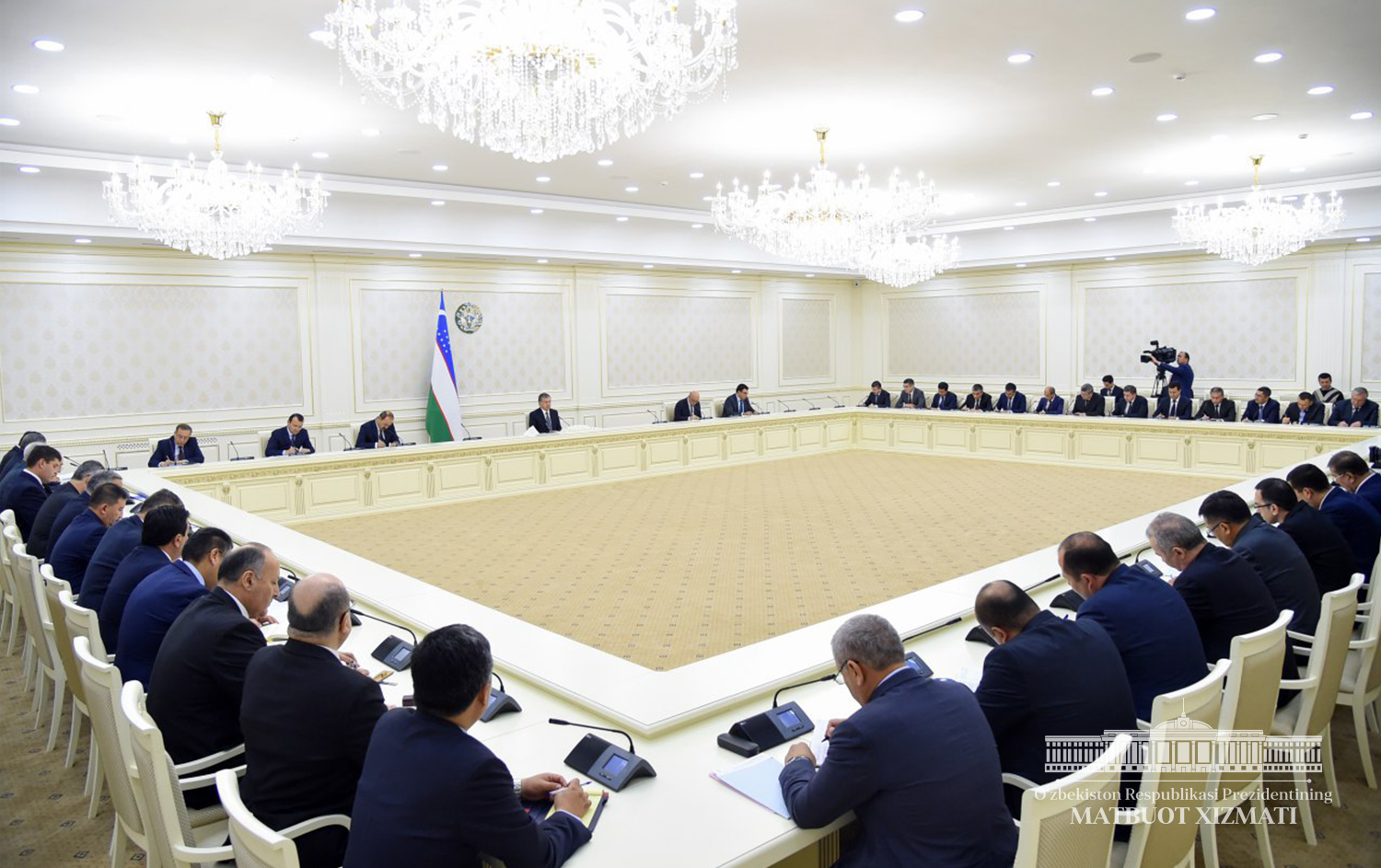 On October 24, the President of the Republic of Uzbekistan Shavkat Mirziyoyev held a meeting on the issues of further developing higher education, improving the quality of training personnel, expanding the integration of science and production.

In recent years, a number of documents aimed at bringing higher education to a new level have been adopted. Modern educational standards, a transparent system of admission to universities were introduced. This year, admission quotas have increased by 30 percent compared to the last year.

Programs on development of higher education institutions, improvement of education quality for 2017–2021, approved by the resolutions of the President, were joyfully received by professors and the general public.

In 2018, 13 new universities began to operate in the country, in particular, the Silk Road International Tourism University in Samarkand, a branch of the National University of Science and Technology MISiS (Russia) in the city of Almalyk, Bucheon University (South Korea) in Tashkent.

By the decree of the head of the state of September 25 of this year, El-yurt Umidi Fund was established under the Cabinet of Ministers. It promotes the active involvement of our compatriots abroad – scientists, specialists and experts to large-scale reforms carried out in Uzbekistan, as well as talented youth in receiving education in developed countries, advanced training in leading international institutions and foreign organizations.