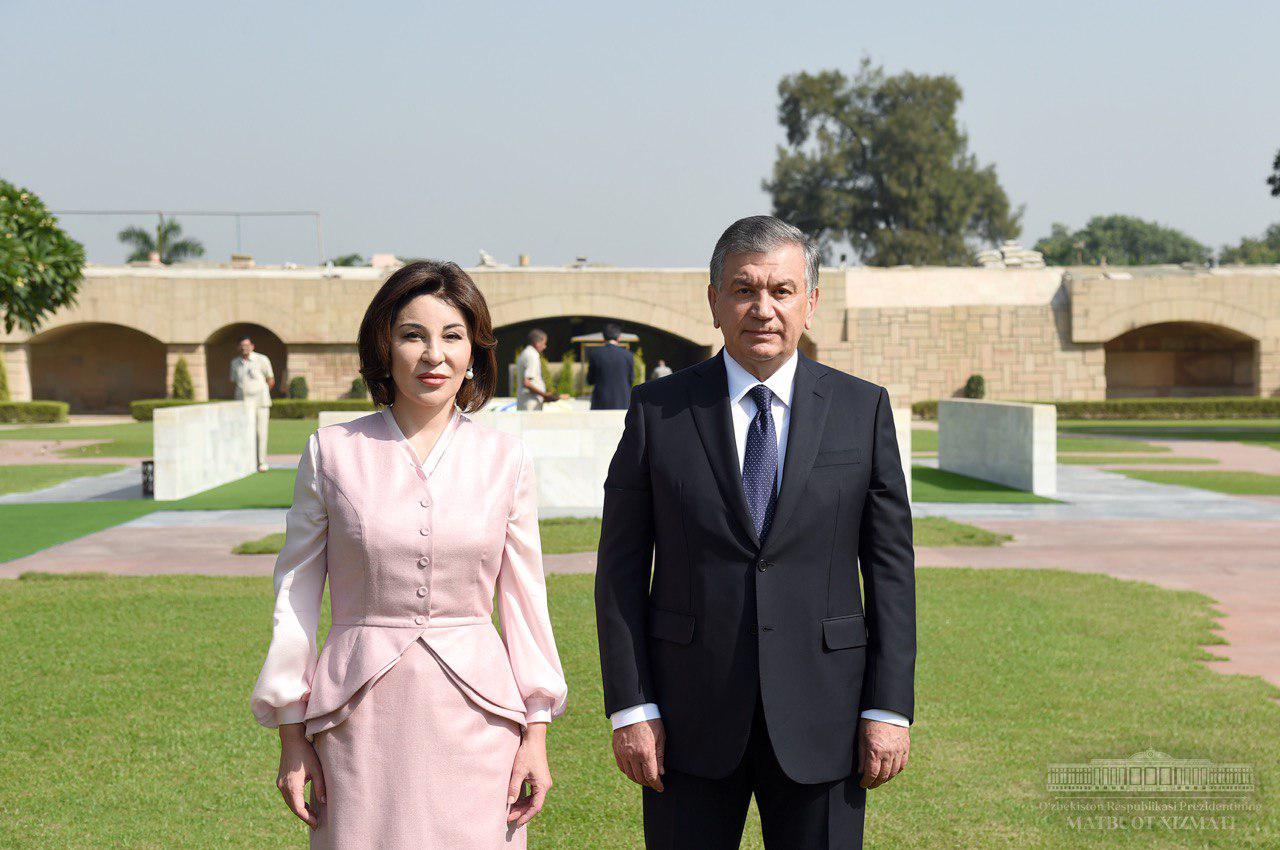 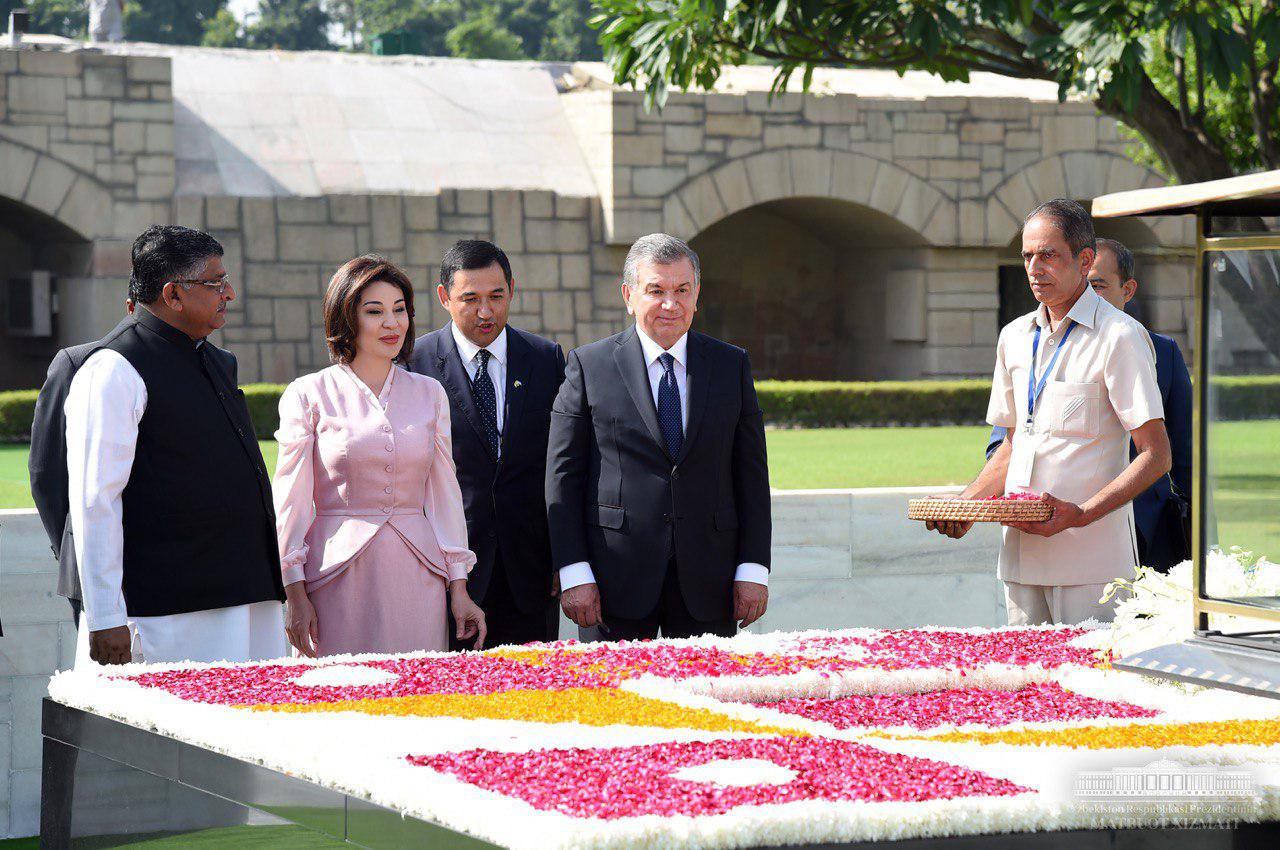 After the official welcoming ceremony, President Shavkat Mirziyoyev visited the Raj Ghat memorial in New Delhi and laid a wreath at the eternal flame in memory of the national hero of India’s people, Mahatma Gandhi.

Mohandas Karamchand Gandhi was an eminent freedom activist and an influential political leader who played a dominant role in India’s struggle for independence. He became the leader of the nationalist movement against the British rule of India. Mahatma Gandhi’s birthday, October 2, is celebrated every year as a national holiday in the country.

This memorial complex was built as an expression of respect for his services to people of India.

Shavkat Mirziyoyev laid flowers at the memorial complex of the great state and political figure, paid a tribute to his bright memory.

The Head of the state left a note in the Book of honored guests of the complex.