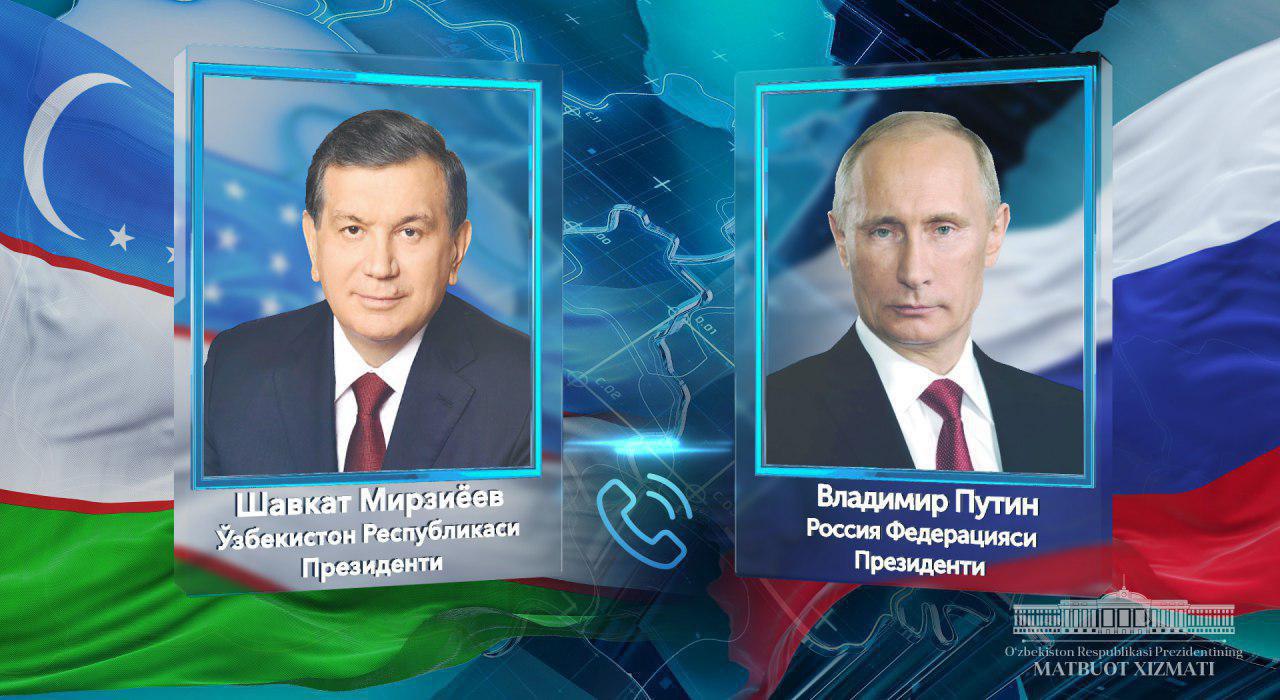 President Shavkat Mirziyoyev once again sincerely congratulated Vladimir Putin on assuming the office of President of the Russian Federation and wished him great success.

With deep satisfaction, the dynamic development and consistent strengthening of Uzbekistan – Russia relations of friendship, strategic partnership and alliance, as well as the achieved progress in expanding mutually beneficial multifaceted cooperation were emphasized.

During the conversation, the leaders of the two countries discussed the current issues on the agenda in the context of preparing the forthcoming state visit of the President of the Russian Federation to the Republic of Uzbekistan.

The importance of practical implementation of previously reached arrangements and signed agreements in trade, economic and investment spheres, including within the framework of the joint Intergovernmental Commission on Economic Cooperation, was noted.

In this regard, attention was paid to issues of preparation of prospective projects with participation of leading Russian companies and banks in energy complex, metallurgy, engineering, electrical engineering and other high-tech industries.

An agreement was reached on continuing intensive contacts at the regional level and on holding the first Interregional Forum of Uzbekistan and Russia in Tashkent this autumn.

The need for further expanding tourism and cultural exchanges, implementation of mutually beneficial programs in education and healthcare was noted.

The heads of states also considered other current issues of international policy. Views were exchanged on issues of regional security and stability.

Following the conversation, the Presidents of the Republic of Uzbekistan and the Russian Federation confirmed their readiness to continue close cooperation in various formats.