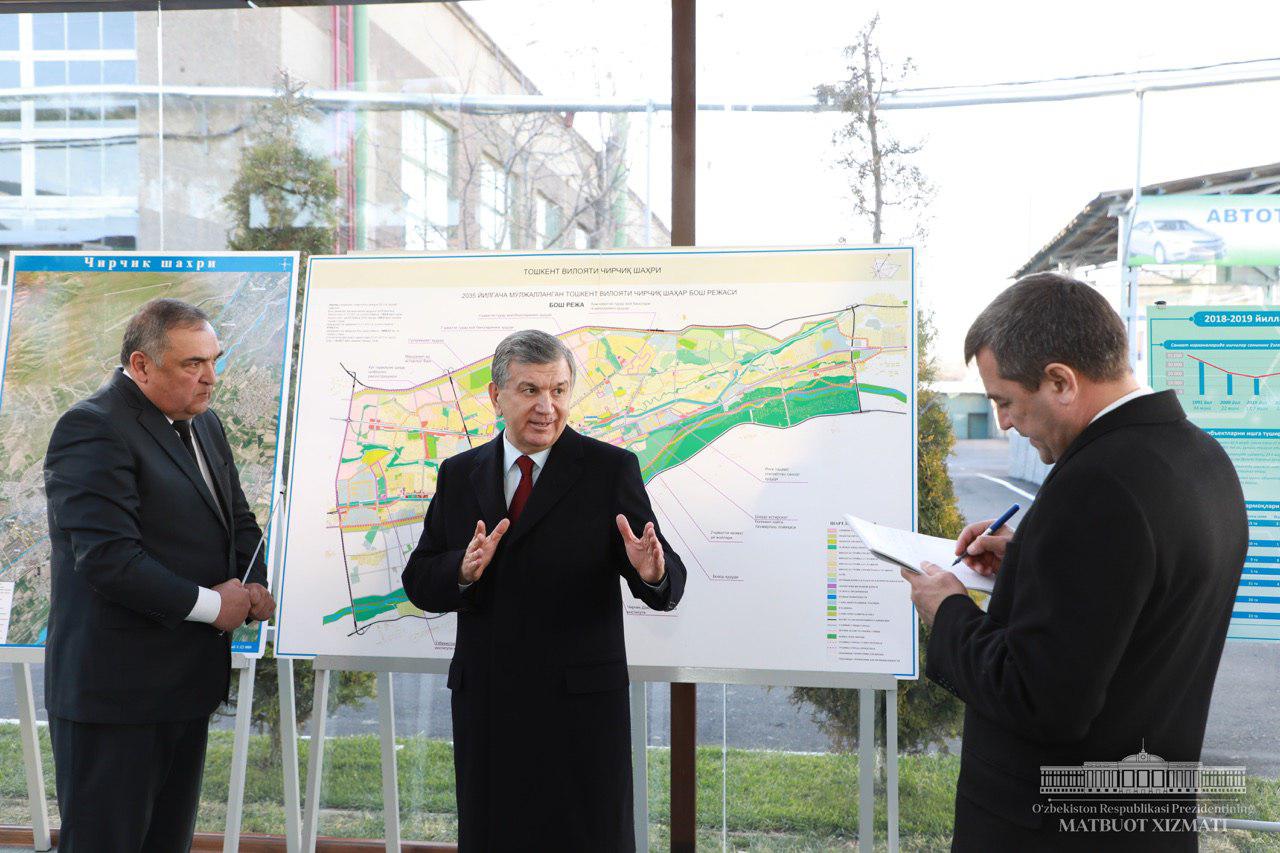 The President of our country, visiting “Uzbekkimyomash zavodi” (“Oil, gas and chemical machinery plant”) JSC in Chirchik, got acquainted with new foundry and the project on organizing production of large-sized equipment.

Products of the enterprise are supplied to large industrial enterprises of the country, including “Muborakneftgas”, “Shurtanneftgas” joint-stock companies, “Shurtangaskimyo” complex, as well as exported to Russia, Kazakhstan, Belarus, Ukraine.

To this end, within the framework of modernization of production, it is planned to build a new foundry, equipped with the latest technologies.

As a result of implementation of the project at a total cost of 18,9 million dollars, the plant will produce 4 thousand tons of foundry products of different nomenclature per year.

The foundry, which will be equipped with technologies produced in Europe and the USA, is scheduled to be launched in the third quarter of 2019.

The Head of our state, becoming acquainted with samples of products of the enterprise, noted that such projects are of great importance for expanding the export potential of the plant.

Presentations of the Economic Development Program of the city of Chirchik in 2018-2019, the general plan of the city, projects on reconstruction of Chirchik dehkan market, buildings of Uzbek State Institute of Physical Culture and Chirchik Regional Pedagogical Institute, landscaping the banks of Bozsuv canal, unloading traffic on Tashkent – Kibray – Chirchik – Gazalkent and Chirchik – Gazalkent highways, construction of HPS and Pskem dam, increasing safety of Charvak HPS, were held.

The President of the country gave appropriate instructions on each project.

Reforms taking place in the country, issues of ensuring peace and stability, increasing welfare of the population, employment of youth were discussed at the meeting with public representatives, veterans and youth of Chirchik that was held at the assembly hall of the plant.