Documents have been signed 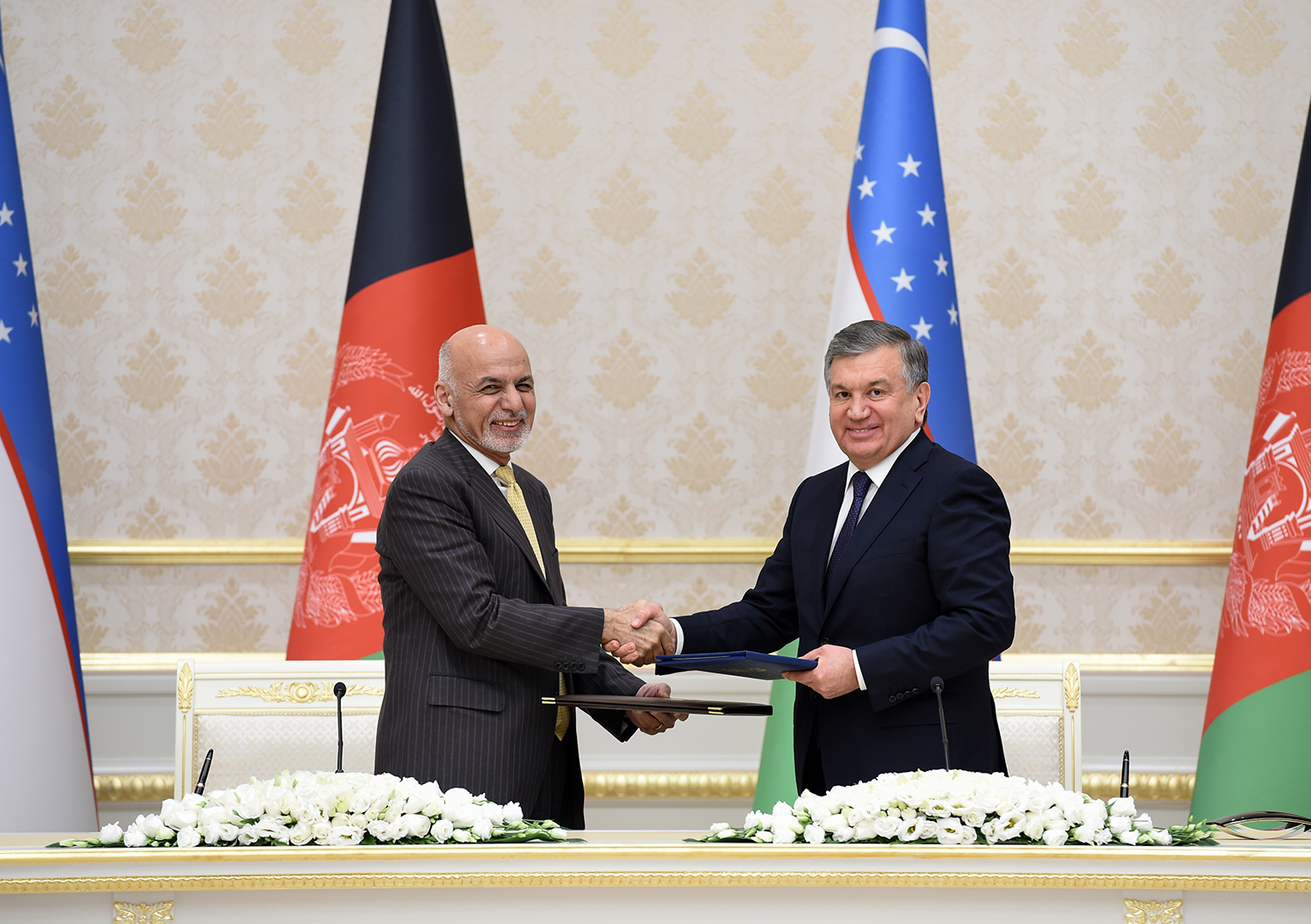 Following the negotiations at Kuksaroy, the Presidents of Uzbekistan and Afghanistan signed a Joint Statement.

20 documents aimed at further strengthening of cooperation in political, trade-economic, investment, transport-communication, scientific, education and other spheres were also signed. They include documents on establishment of a joint commission on the issues of security, provision of legal assistance in civil, family and criminal cases, construction of Surkhan – Puli Khumri power line, the Mazari Sharif – Sheberghan – Maymana – Herat railway, the interaction in the sphere of freight and customs.

Within the framework of the visit, more than 40 export contracts for a total amount of over 500 million dollars were also signed.

The presidents, at the meeting with representatives of the mass media, noted that the negotiations and the signed documents will promote further strengthening of mutually beneficial and long-term relations between the Republic of Uzbekistan and the Islamic Republic of Afghanistan.

The official visit of the President of Afghanistan to our country continues.