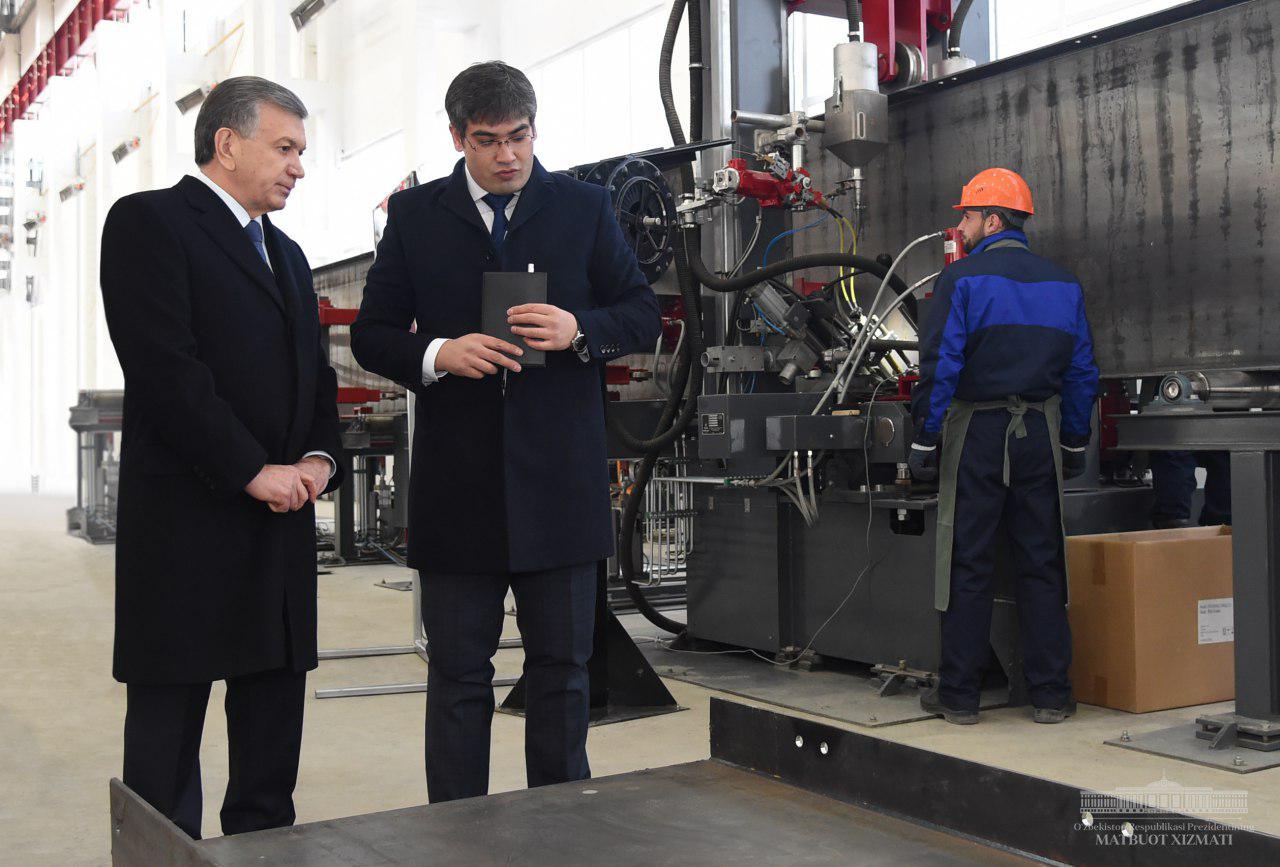 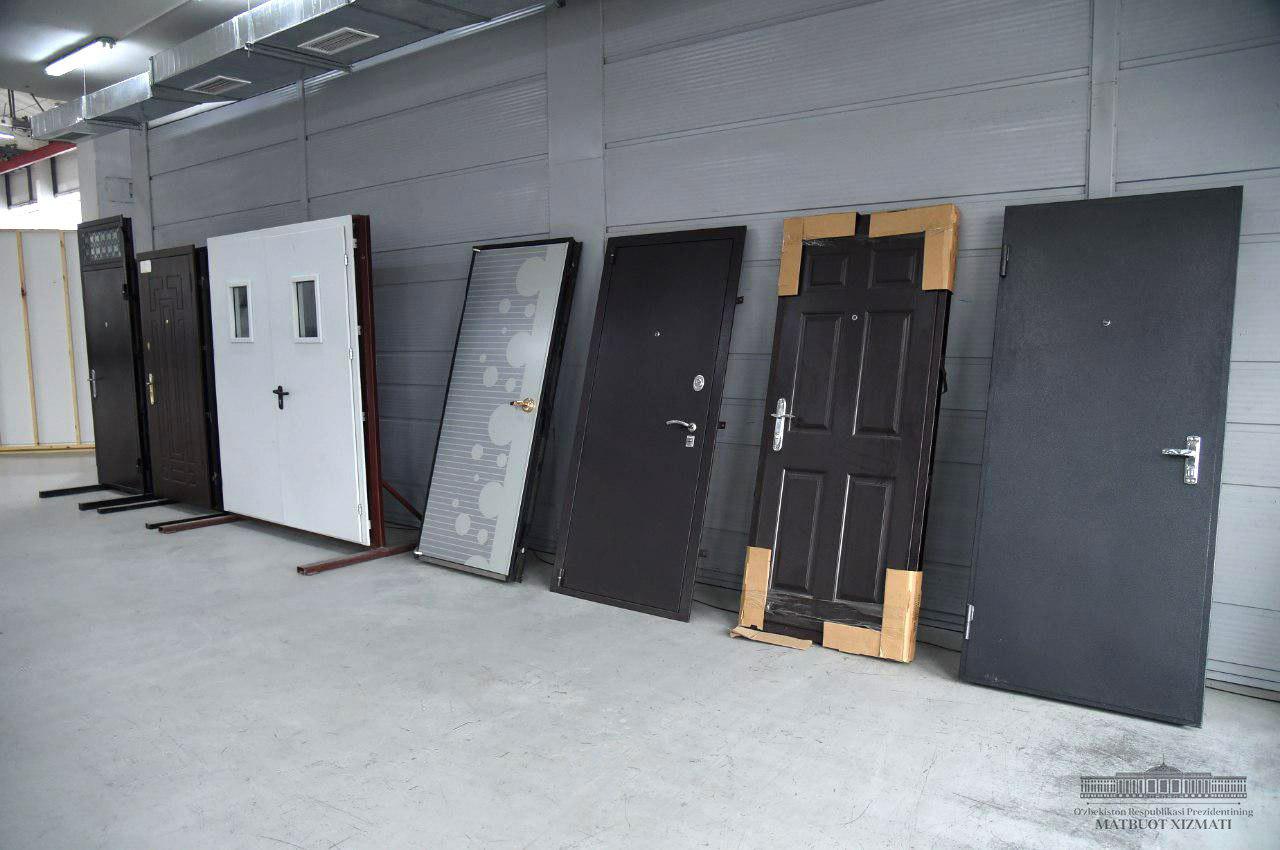 The President got acquainted with production facilities of Steel Property Construction joint venture.

They are located in empty structures of the former aviation plant in Yashnabad district. Modern equipment has been installed here and production of demanded products is established.

For example, Dacros company specializes in manufacturing metal doors according to European technology. They are installed in standard homes and apartment buildings.

In another building, production of metal structures of various sizes according to the Netherlands technology is organized. In addition to 24 thousand tons of metal products per year, sandwich panels, paving stones, road barriers, heating radiators are produced here. The main market are the neighboring countries. 440 jobs are created in the company.

The Head of the state observed the production process in this workshop, examined product samples, became acquainted with the areas of their application.

The activity of Binokor LLC of Bektemir district has been presented.

The President visited demonstration modules assembled from reinforced concrete elements of the enterprise’s production. He noted the importance of such enterprises for accelerating the construction of apartment buildings and expanding housing provision for the population. He gave instructions on increasing the number of such enterprises and training relevant personnel.

Presentation of projects on attracting foreign investment in the city of Tashkent, organization of new enterprises was held here. It was noted that in 2019, 2.7 billion USD of investment will be attracted to Tashkent, these funds will be directed to industry, construction, services and other spheres.