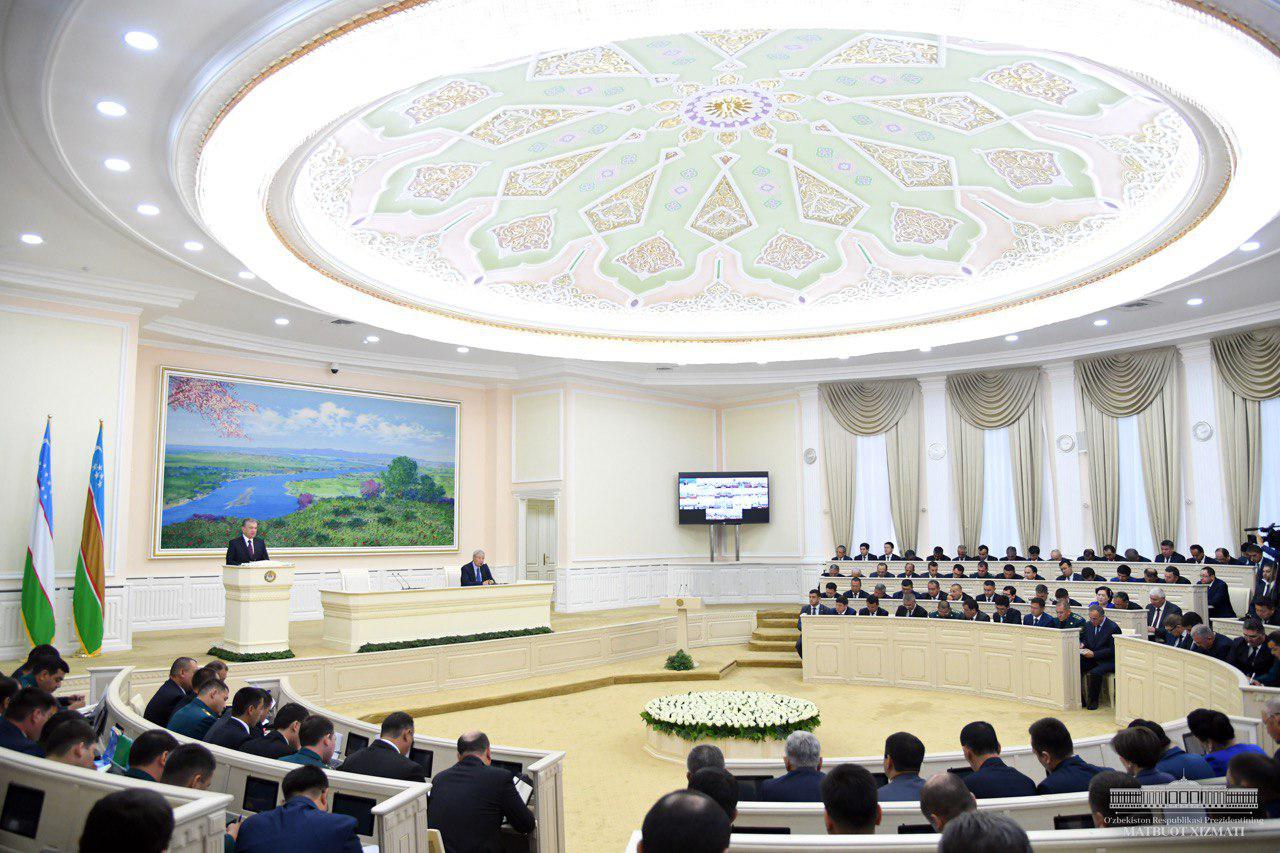 President of the Republic of Uzbekistan Shavkat Mirziyoyev has been chairing a meeting in the city of Nukus to discuss comprehensive development of Karakalpakstan.

The event is attended by the leadership of the Jokargy Kenges and the Council of Ministers of the Republic of Karakalpakstan, municipal and district sectors, officials of ministries and other government agencies.

It was noted that positive shifts have been conspicuous in all regions of our country, including in Karakalpakstan. In the first half of the year, the gross regional product in this part of the nation grew by 7.2 percent, agricultural production increased by 5.4 percent, and the volume of construction works swelled by 45 percent.

The President underscored that serious shortcomings persist in the region, and efforts on industrial development and job creation can barely be considered sufficient.

“I came here not for applause, but to work, to see how the people live,” Shavkat Mirziyoyev declared. “Sector leaders who are not able to change their mindset are shackles on our feet. Just imagine how happy a woman feels when she gets a job. After all, who will lead the youth, give them the right direction? You’ve seen everything on the model of Muinak. People are really inspired by the idea that we can do it. “It turns out to be doable!” is what one can read in their motivated eyes. Yet this is already a step we’ve passed. What we must do now is secure such transformation in all areas.”

The head of our state cited with reproof the fact that in the first half of the year, the volume of industrial production in Karakalpakstan grew by only 0.5 percent, while in the Takhtakupir, Shumanai, Nukus, Chimbai, Turtkul, Kegeyli districts, manufacturing industry is practically missing. The President also pointed to the weak development of the services sector and entrepreneurship.

“As a result of the fundamental reforms spearheaded over the last three years, we have liberalized many spheres, eliminated the restrictions that used to impede development. And in Karakalpakstan, leaders of all sectors should make it a rule and a motto for themselves to remove barriers and support entrepreneurs,” Shavkat Mirziyoyev insisted.